25 September 2015
The 193-Member United Nations General Assembly today formally adopted the 2030 Agenda for Sustainable Development, along with a set of bold new Global Goals, which Secretary-General Ban Ki-moon hailed as a universal, integrated and transformative vision for a better world.

“The new agenda is a promise by leaders to all people everywhere. It is an agenda for people, to end poverty in all its forms – an agenda for the planet, our common home,” declared Mr. Ban as he opened the UN Sustainable Development Summit which kicked off today and wraps up Sunday.

The UN chief’s address came ahead of the Assembly’s formal adoption of the new framework, Transforming Our World: the 2030 Agenda for Sustainable Development, which is composed of 17 goals and 169 targets to wipe out poverty, fight inequality and tackle climate change over the next 15 years.

The Goals aim to build on the work of the historic Millennium Development Goals (MDGs), which in September 2000, rallied the world around a common 15-year agenda to tackle the indignity of poverty.

The Summit opened with a full programme of events, including a screening of the film The Earth From Space, performances by UN Goodwill Ambassadors Shakira and Angelique Kidjo, as well as call to action by female education advocate and the youngest-ever Nobel Laureate, Malala Yousafzai along with youth representatives as torch bearers to a sustainable future. 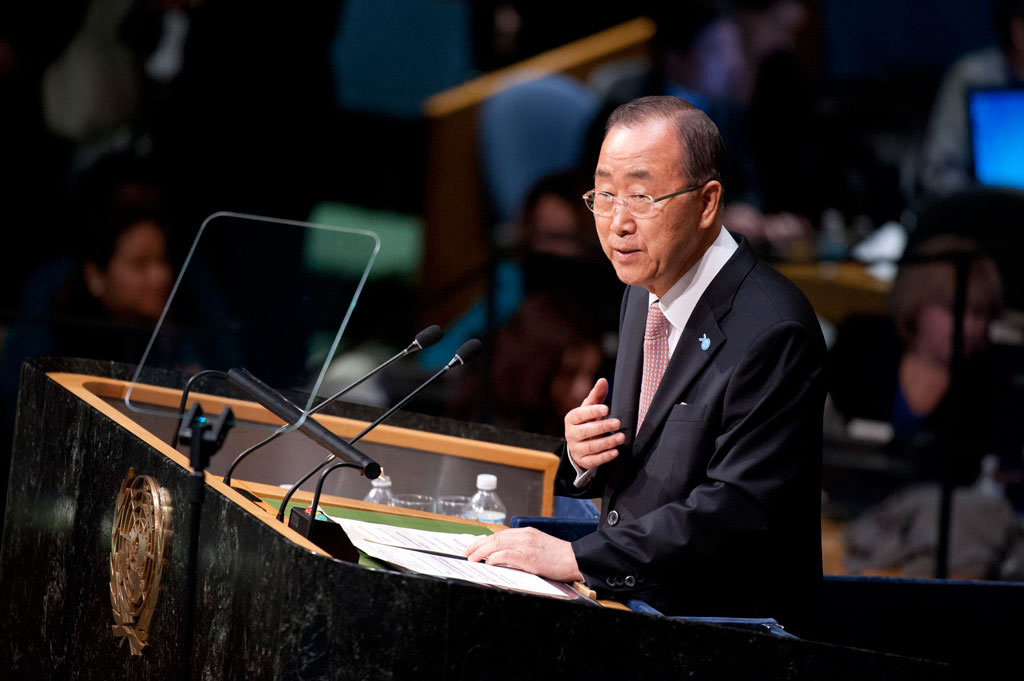 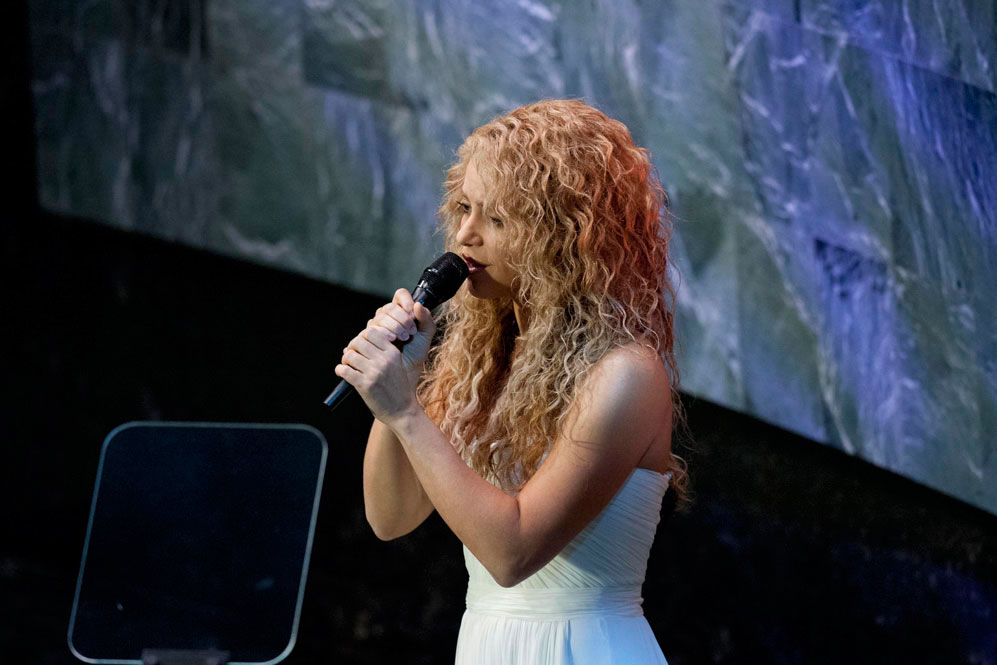 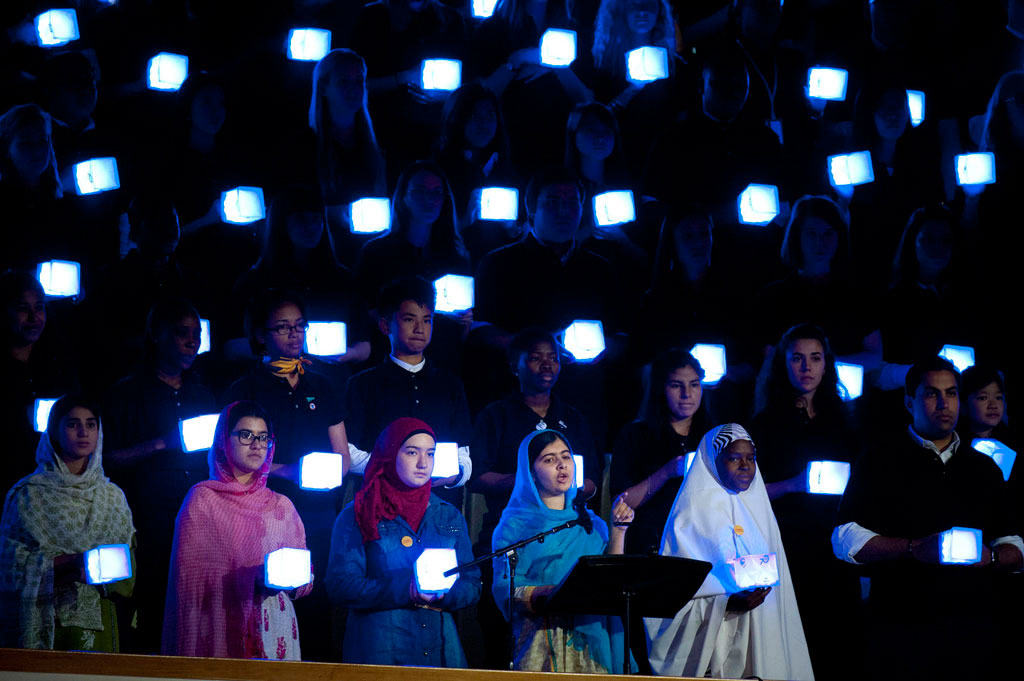 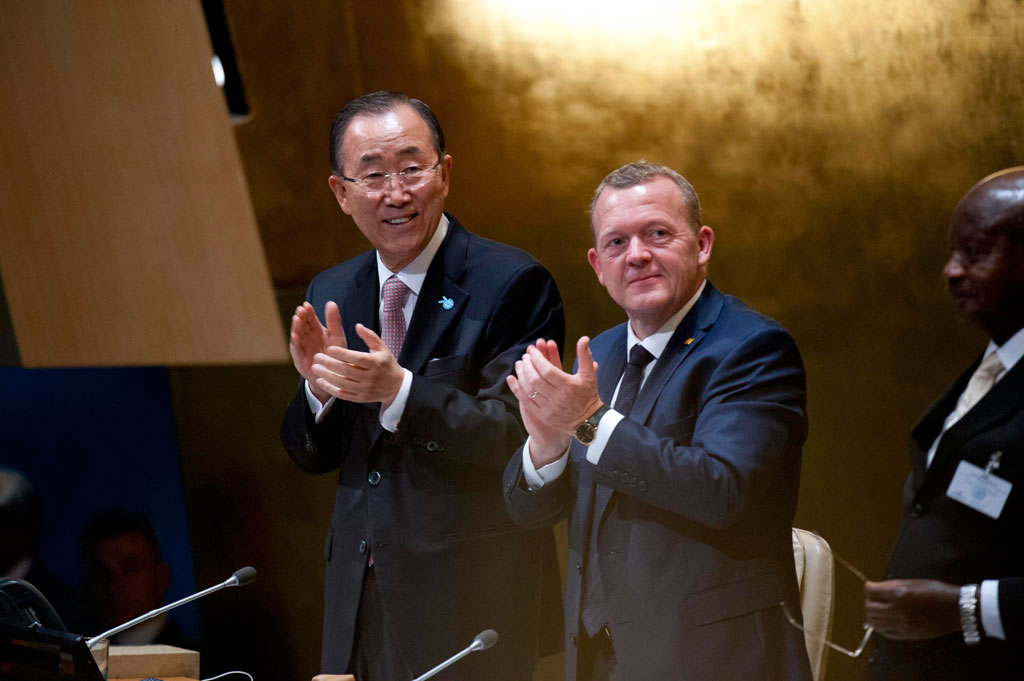 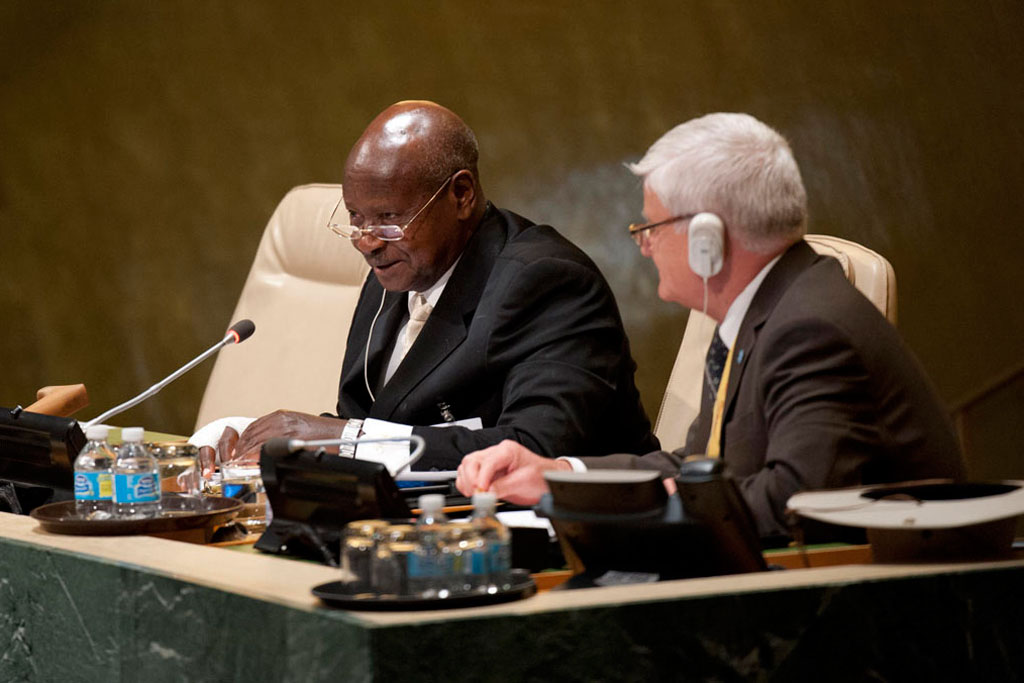 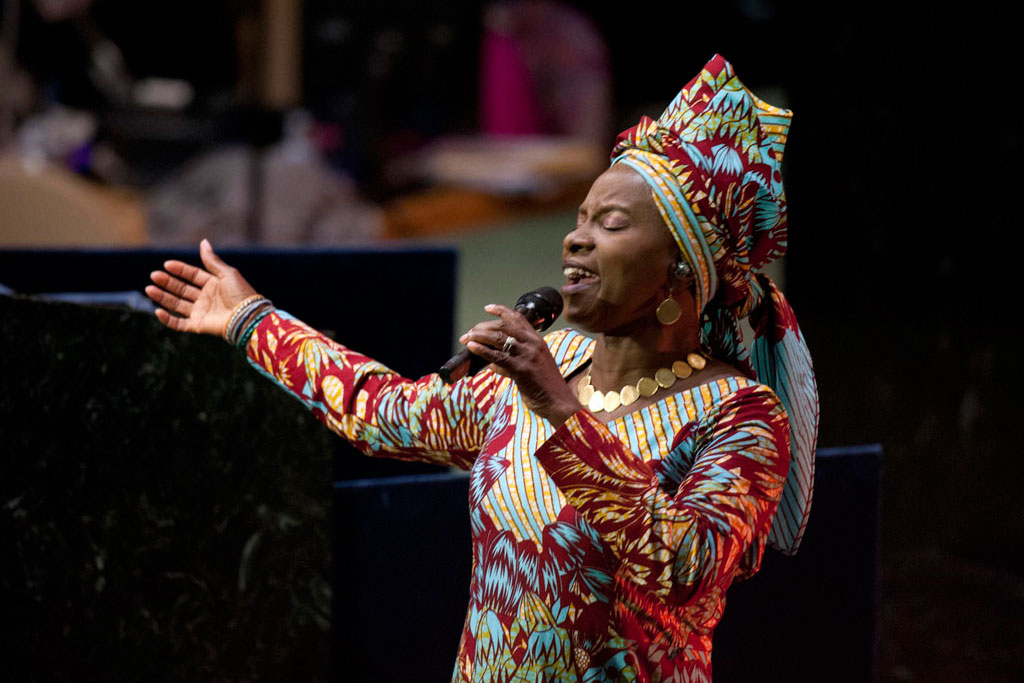 Delegations and participants at the opening of the UN Sustainable Development Summit. UN Photo/Kim Haughton

The adoption ceremony was presided over by Danish Prime Minister Lars Løkke Rasmussen and Ugandan President Yoweri Kaguta Museveni, who stressed the successes of the MDGSs and the need for the full implementation of the new Agenda.

Speaking to the press after the adoption of the Agenda, Mr. Ban said: “These Goals are a blueprint for a better future. Now we must use the goals to transform the world. We will do that through partnership and through commitment. We must leave no-one behind."

In his opening address to the Assembly, which also marks the Organization’s 70th anniversary, the UN chief hailed the new framework as an agenda for shared prosperity, peace and partnership. “It conveys the urgency of climate action. It is rooted in gender equality and respect for the rights of all.”

Mr. Ban urged the world leaders and others convened at the event to successfully implement the Global Goals or Agenda 30 by launching ‘renewed global partnership.’

“The 2030 Agenda compels us to look beyond national boundaries and short-term interests and act in solidarity for the long-term. We can no longer afford to think and work in silos.

Institutions will have to become fit for a grand new purpose. The United Nations system is strongly committed to supporting Member States in this great new endeavour,” said Mr. Ban.

“We must engage all actors, as we did in shaping the Agenda. We must include parliaments and local governments, and work with cities and rural areas. We must rally businesses and entrepreneurs. We must involve civil society in defining and implementing policies – and give it the space to hold us to account. We must listen to scientists and academia. We will need to embrace a data revolution. Most important, we must set to work – now,” added the Secretary-General.

“Seventy years ago, the United Nations rose from the ashes of war. Governments agreed on a visionary Charter dedicated to ‘We the Peoples’. The Agenda you are adopting today advances the goals of the Charter. It embodies the aspirations of people everywhere for lives of peace, security and dignity on a healthy planet,” said Mr. Ban.

“We recognize the need to reduce inequalities and to protect our common home by changing unsustainable patterns of consumption and production. And, we identify the overwhelming need to address the politics of division, corruption and irresponsibility that fuel conflict and hold back development,” he said.

Shakira, a passionate advocate of children’s rights, performs at the United Nations General Assembly to mark the adoption of the Sustainable Development Goals. Credit: UNICEF 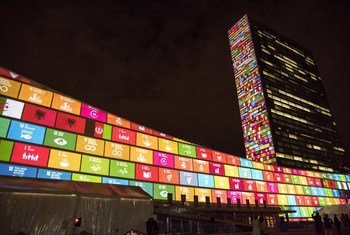 24 September 2015
World leaders, heads of global financial institutions and other dignitaries are heading to New York, where, after months of intense negotiations, the United Nations is set to launch a landmark new framework for sustainable development that will aim to end poverty and build a life of dignity for all, leaving no one behind.