Five months after she first met with two girls from the Yazidi community who had been held by the Islamic State of Iraq and the Levant (ISIL), the United Nations official dealing with sexual violence in conflict said after seeing them again today that they are “filled with hope for the future,” and that is “the greatest blow they could have dealt” to the terrorist group.

“I am so proud of these girls, of their courage and strength,” Zainab Hawa Bangura, the Secretary-General’s Special Representative on Sexual Violence in Conflict, said after her reunion with the girls in Germany.

The girls, aged 15 and 11, were brought to Germany over the summer to receive medical and psychosocial support, and plan to resume their schooling.

Ms. Bangura had originally met the girls during her visit to Iraq, Syria and the neighbouring countries in April, looking at how sexual violence is being used as a weapon of war and tactic of terrorism.

“The change in them from our first meeting in Lalish is remarkable,” said Ms. Bangura. “They are filled with hope for the future again. That is the greatest blow they could have dealt to ISIL.”

Ms. Bangura wanted to see how the girls are adjusting to their new lives, and is also discussing with Yazidi leaders how the UN can support their efforts to trace girls held in ISIL territory and bring them home.

“It is important that we support such initiatives and all efforts to enable women and girls fleeing ISIL to return home without stigma and shame,” she said.

The Special Representative also met with German officials and commended them on the assistance being provided to the girls and to Syrian refugees in general.

“The leadership of Germany in this, and in accepting refugees from Syria in general, is an example of solidarity and humanity that I hope other countries will follow.” 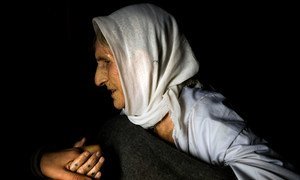