A political commitment to manage hydrofluorocarbons under the Montreal Protocol – a huge environmental success that agreed to phase out ozone-depleting chemicals – could be one of the biggest climate change wins in the lead-up to the December’s climate conference, says United Nations Secretary-General Ban Ki-moon.

“Let us ensure that we protect our climate the way we have preserved the ozone layer,” Mr. Ban said in his message for the International Day for the Preservation of the Ozone Layer, observed annually on 16 September.

“Not so long ago, humanity stood on the brink of a self-inflicted catastrophe,” he recalled. “Our use of ozone-depleting substances such as chlorofluorocarbons (CFCs) had torn a hole in the ozone layer that protects us from the sun’s harmful ultraviolet radiation.

“But we tackled this challenge,” he reminded citizens of the world.

This was formalized in the Vienna Convention for the Protection of the Ozone Layer, which was adopted and signed by 28 countries, on 22 March 1985. In September 1987, the Montreal Protocol on Substances that Deplete the Ozone Layer was drafted.

“Together, we have succeeded in putting the stratospheric ozone layer on the road to recovery by the middle of this century,” Mr. Ban said. “As a result, up to 2 million cases of skin cancer may be prevented each year, along with even more avoided cases of eye cataracts.”

Ahead of next week’s adoption in New York of the 2030 Agenda for Sustainable Development, and the effort by governments to forge a new, collective path forward on climate change later this year in Paris, the UN chief said the Montreal Protocol’s success should serve as inspiration.

Noting that the work of the Montreal Protocol is not yet done, the Secretary-General said hydrofluorocarbons (HFCs) that have been used as replacements for many ozone-depleting substances are extremely potent greenhouse gases and will contribute a great deal of warming to an already overheated planet in the coming decades “unless we act now.”

The UN Environment Programme (UNEP), which serves as the Ozone Secretariat, is marking the 30th anniversary of the Vienna Convention.

As part of the commemorative activities, the Ozone Secretariat is conducting the “Precious Ozone” digital campaign to celebrate the many successes achieved under the ozone protection regime over the past 30 years and highlight the importance of the ozone layer in protecting life on Earth from the harmful effects of UV radiation. 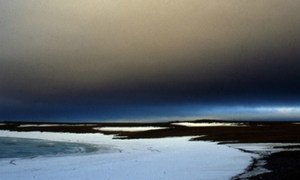 The Earth’s protective ozone layer is on track to recover by the middle of the century, the United Nations today reported, urging unified action to tackle climate change and curb continued fluctuations to the composition of the atmosphere.