During a press conference at UN Headquarters today, the Global Goals campaign, founded by filmmaker Richard Curtis, was announced as aiming to make the 17 UN Goals famous and to push for their full implementation worldwide.

Described as an “unprecedented effort,” the campaign is supported by a variety of other social movements including action/2015 – a coalition of over 2000 organizations – and Global Citizen, a community of ordinary people that help fight extreme poverty.

The campaign has been launched in the wake of a momentous event earlier this week: the UN General Assembly approved a resolution sending the draft ‘2030 Agenda for Sustainable Development’ to Member States for adoption at a Summit in New York later this month.

The Agenda, its 17 proposed Goals and 169 targets aim to be a charter for people and the planet in the twenty-first century. They will stimulate action over the next 15 years in areas of critical importance towards building a more equitable and sustainable world for all.

Speaking to journalists with only 22 days to go before the UN Sustainable Development Summit, the Under-Secretary-General for Communications and Public Information, Cristina Gallach, said 2015 is a “unique year.”

“Being famous is absolutely necessary to ensure that [the goals] are implemented,” Ms. Gallach said. “We couldn’t have a better partner for this process than Richard Curtis’s team. Everybody will be able to resort to his creative products that are going to serve as a major asset to ensure that the Goals are known.” 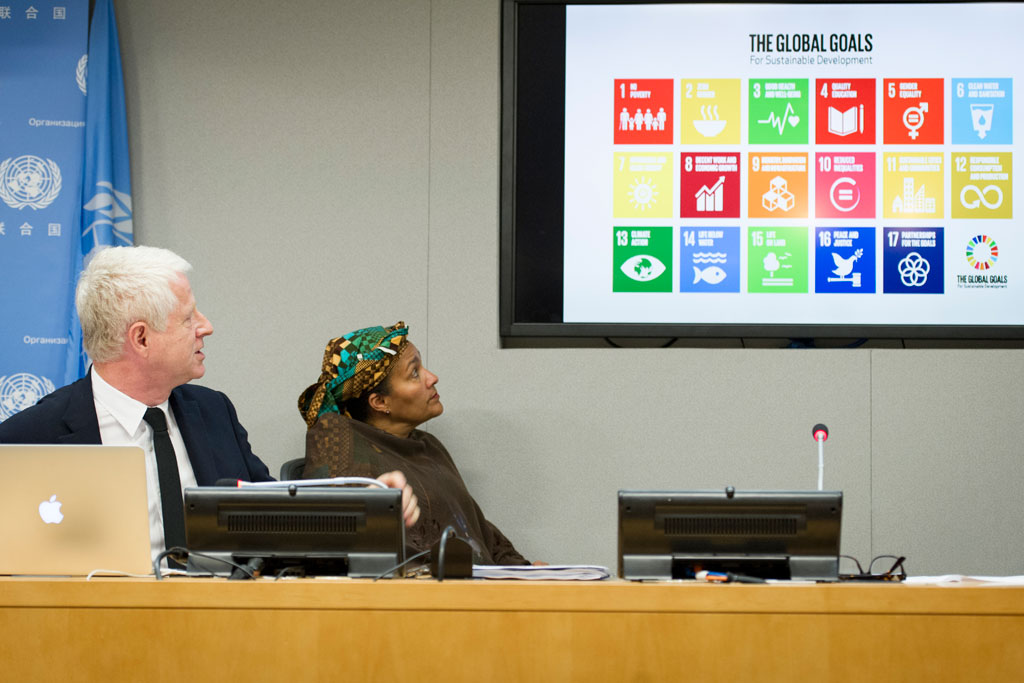 Richard Curtis, filmmaker and founder of Project Everyone, which aims to share the Sustainable Development Goals with 7 billion people within 7 days of their adoption by the UN Sustainable Development Summit in September, briefs journalists on the campaign. Amina J. Mohammed, Special Adviser of the Secretary-General on Post-2015 Development Planning, is also pictured. UN Photo/Mark Garten 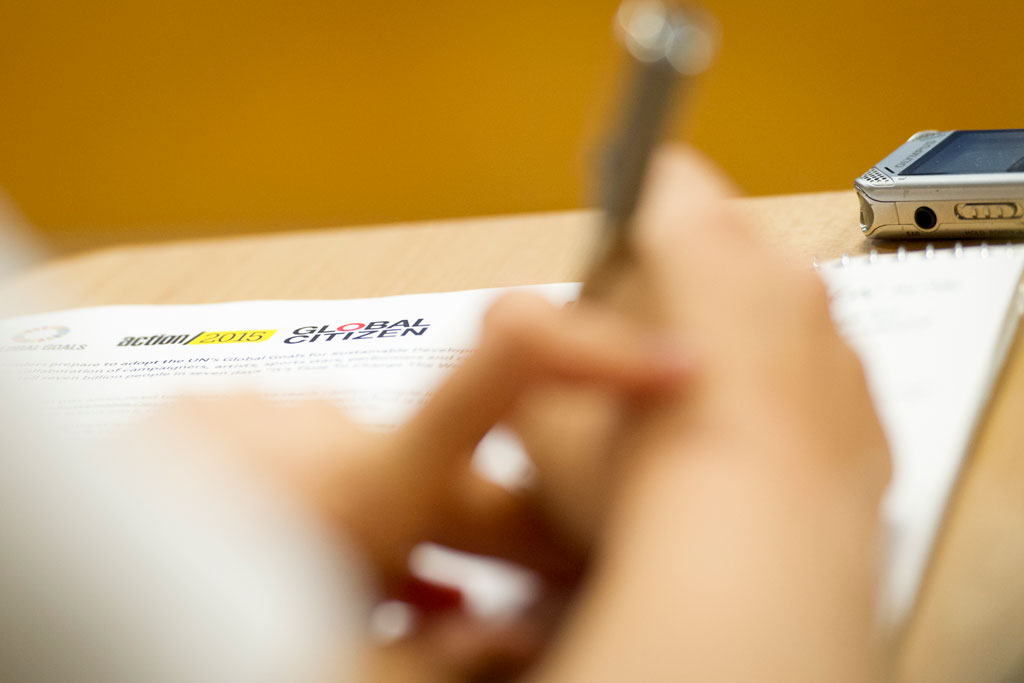 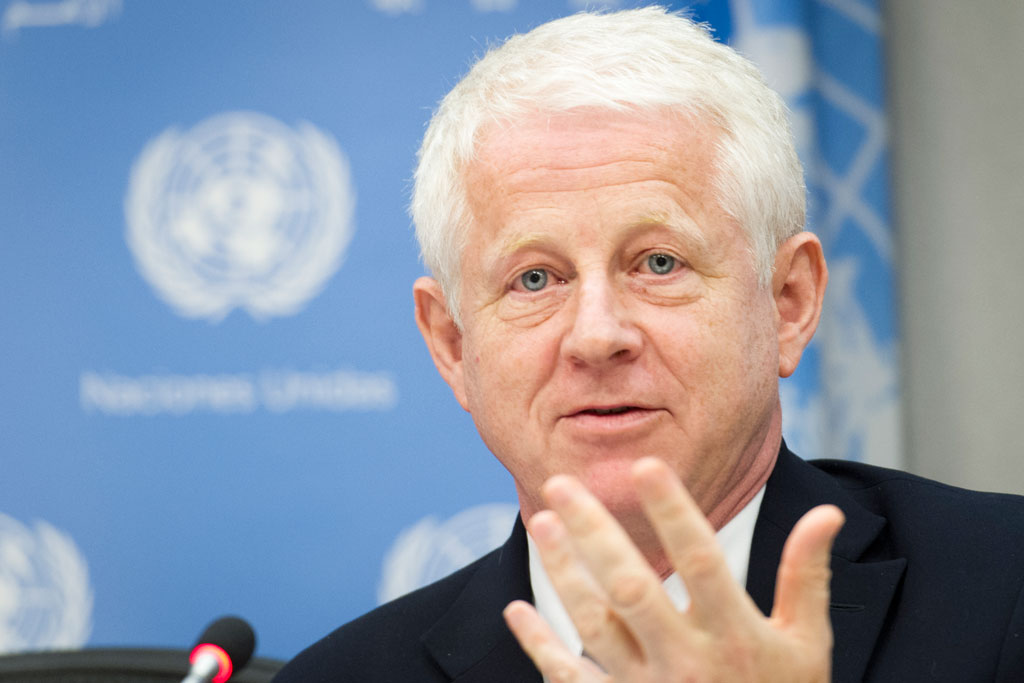 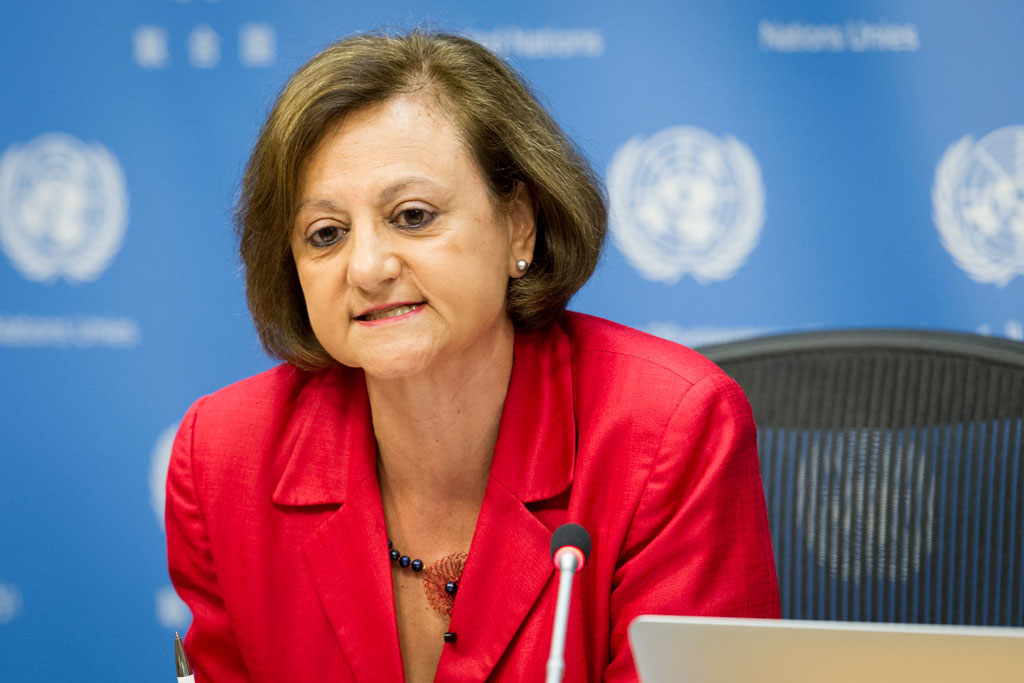 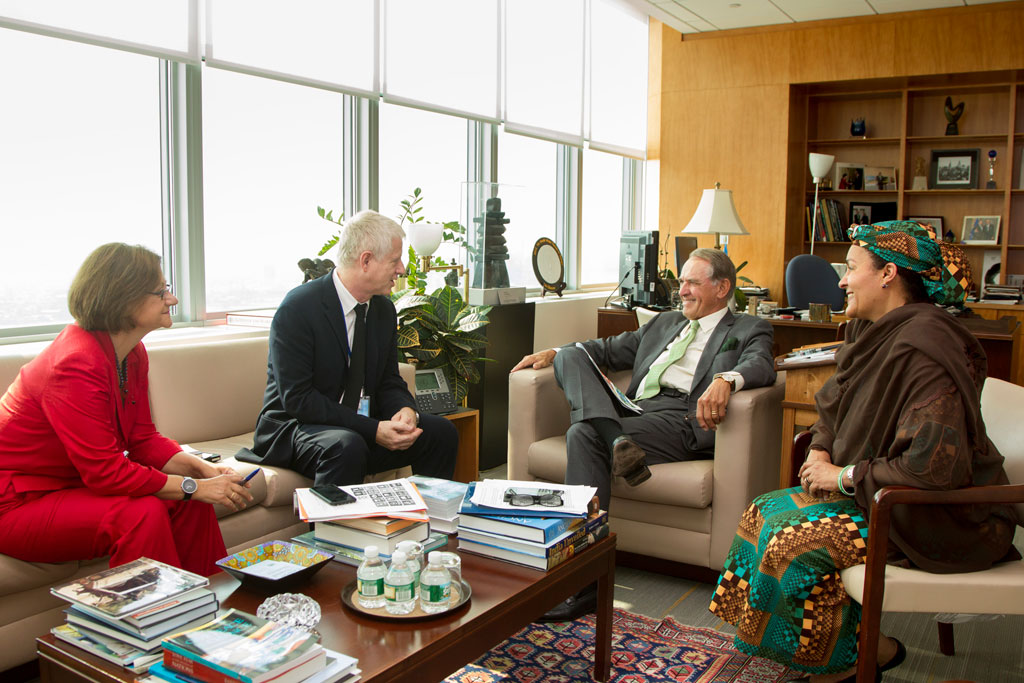 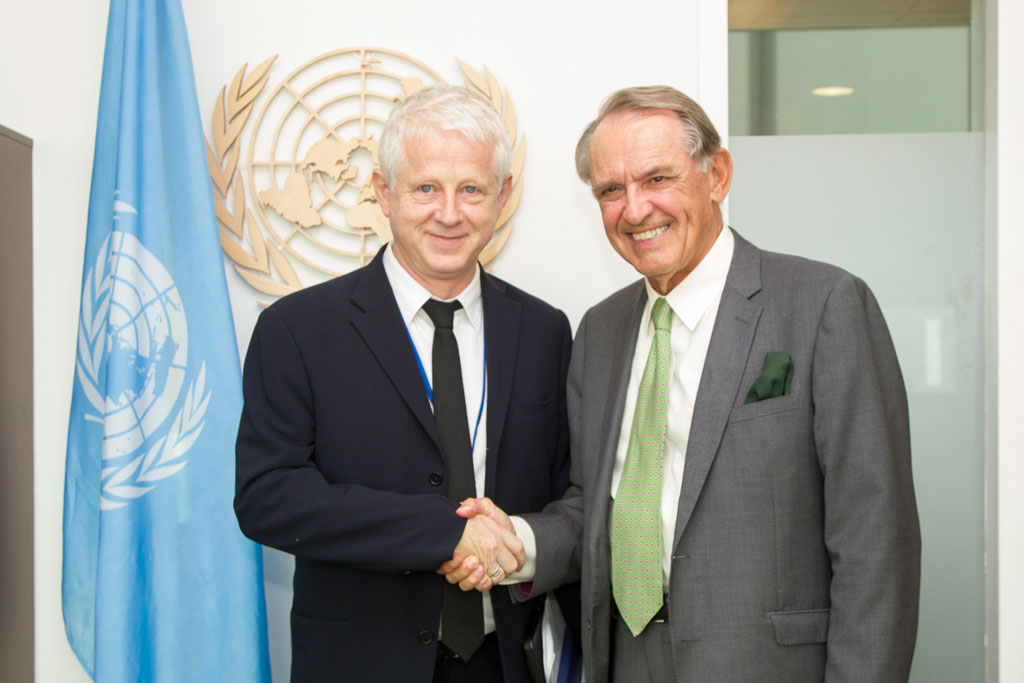 Mr. Curtis, the filmmaker behind major international hits such as Four Weddings and a Funeral, Notting Hill,, and Mr. Bean, presented “Project Everyone,” the mission of which is to get a “short, dynamic and snappy” explanation of the Global Goals to all of the planet’s citizens.

“I was looking forward to 2015 and thought I should do something in order to try and make these new goals much more famous and much more well-known than the Millennium Development Goals were,” Mr. Curtis explained.

“And it came as no surprise to me that as I started to say these things, I found out that so many people that I’d worked with before, so many of the NGOs [non-governmental organizations] and campaigners also felt the same thing.”

The British scriptwriter began working with the United Nations on a campaign that would be “fun, bright, entertaining, and interesting,” to attract attention, especially of young people. One outcome is the first ever global cinema ad, an animation produced by Aardman featuring world leaders depicted as animals. It is expected to appear in movie theatres in over 30 countries.

Meanwhile, the UN Secretary-General's Special Adviser on Post-2015 Development Planning, Amina Mohammed, noted that she has just returned from her home country Nigeria, where she travelled by road through Boko Haram-controlled territory.

“It’s important that this set of Goals is known by everyone, in the hamlets and the villages of Nigeria,” Ms. Mohammed said. “This is coming to make a difference in their lives.”

She also stopped in Austria where she spoke with young people faced by the challenge of migration.

“This agenda […] is not about just stemming the tide of what is happening with forced migration,” she explained. “But it is about dealing with root causes so that people don’t have to flee their own countries, their own villages, their own homes because they can’t have a life of dignity there.”

Finally, 22 year-old Shaila Huq, spokesperson for the action/2015 campaign, said the Global Goals campaign speaks to her entire generation, which could be the first one to live in a world without extreme poverty. 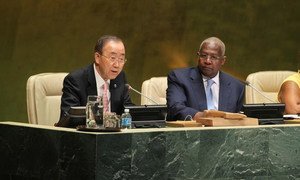