The United Nations counts on the leadership and support of the United States on a range of critical issues, from climate change and sustainable development to resolving crises such as those in Syria and Yemen, Secretary-General Ban Ki-moon said today, following a meeting at the White House with President Barack Obama.

Mr. Ban called the meeting between the two leaders “extremely constructive,” while noting it comes ahead of what is expected to be a “historic” General Assembly in September and follows a series of recent “diplomatic achievements” by Mr. Obama and the US Government such as the Iranian nuclear deal and the normalization of diplomatic relations with Cuba.

“All these are truly historic diplomatic achievements,” the Secretary-General said in remarks to the press following his meeting.

“The United Nations continues to stand working with you and the US Government. We really appreciate your strong leadership and support, and strong, generous humanitarian assistance to many places of conflict.”

On climate change, Mr. Ban highly commended Mr. Obama’s strong commitment “since day one in his office up to now,” and said he would continue to count on his leadership until countries are able to reach an international agreement on climate change in December in Paris.

In that regard, he congratulated the President on his “visionary and forward leadership” on the Clean Power Plan that he announced this week which aims to reduce carbon pollution from power plants and emphasizes the use of renewable energy sources. 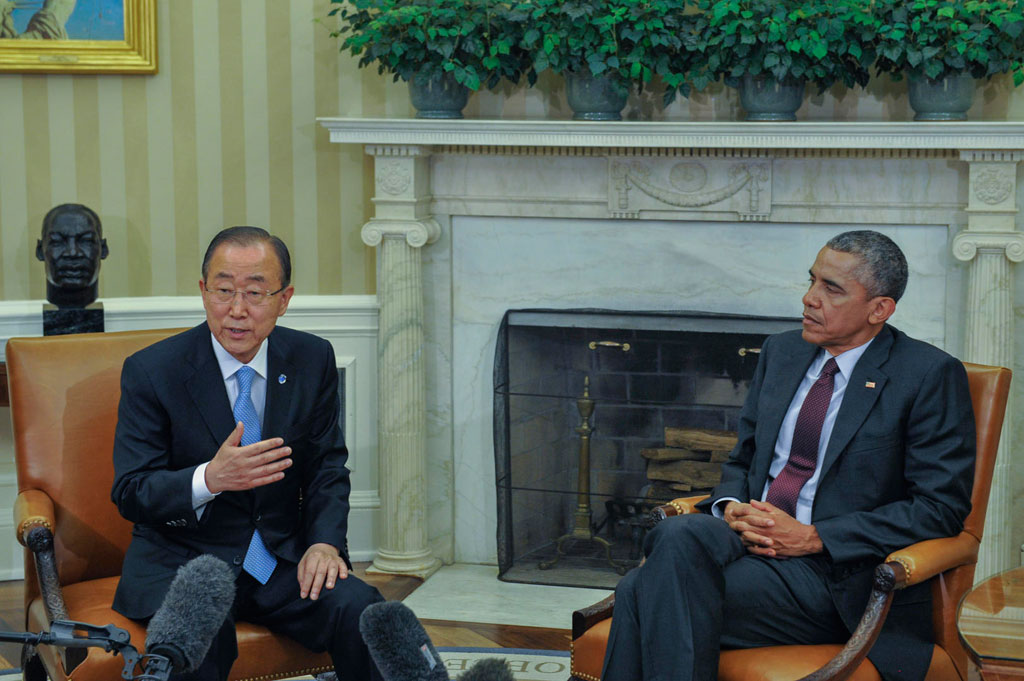 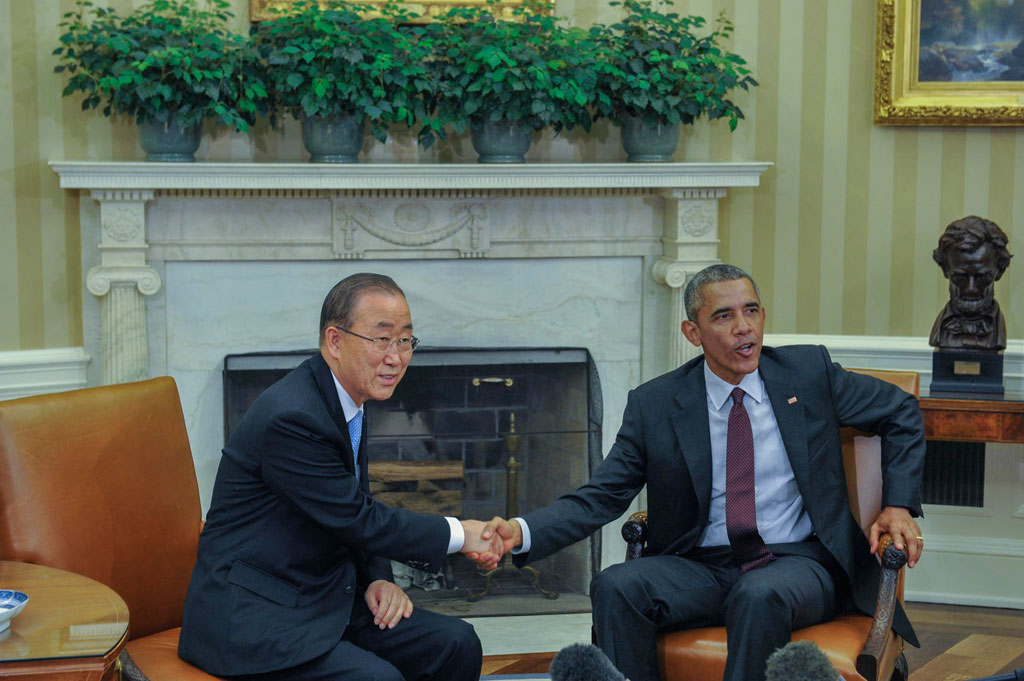 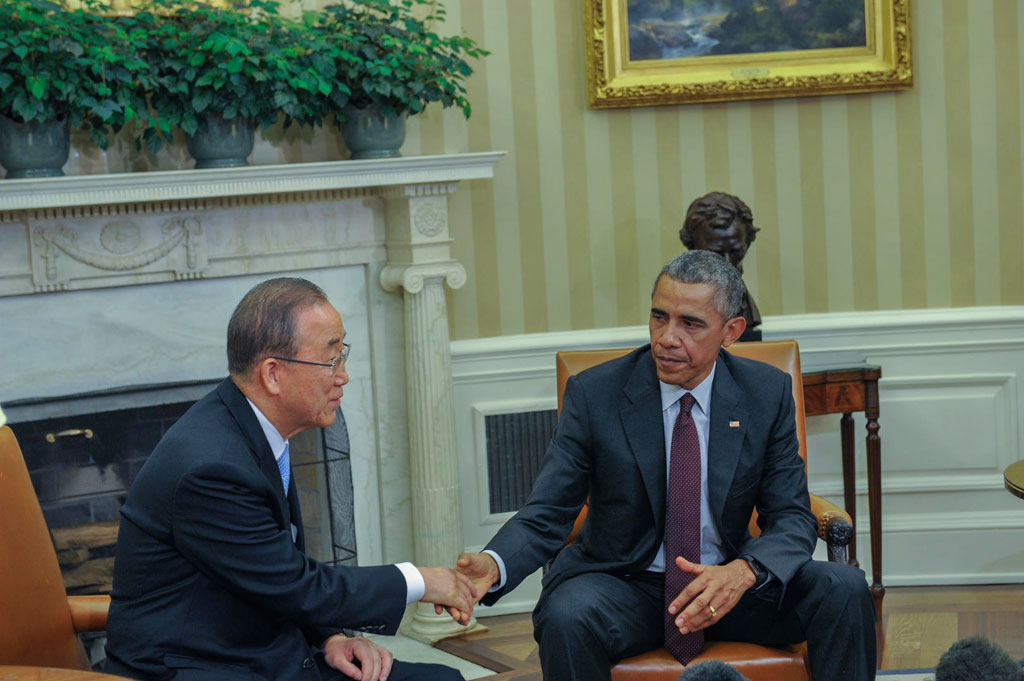 “I think this Clean Power Plan powers economies and generates jobs,” said Mr. Ban, adding that it can also generate huge dividends in the US economy as well as impact other countries. The two men also discussed how to mobilize $100 billion for climate financing.

Turning to regional issues, Mr. Ban said that he and the President “are completely on the same page” and briefly touched on the discussions on Syria and Yemen, reiterating with regard to the latter that there is no military solution and dialogue must be the way forward.

Among other things, the Secretary-General also commended Mr. Obama’s leadership on South Sudan, saying that the President’s recent visit to Africa and convening a leaders meeting on South Sudan “really made a big impact.”

♦ Receive daily updates directly in your inbox - Subscribe here to a topic.
♦ Download the UN News app for your iOS or Android devices.
Obama

UN a vital institution, new US ambassador stresses after meeting with Ban

Ban and Obama to meet next week in Washington