Ban urges parties in Burundi to refrain from violence during elections

In a “worrisome context,” and following the decision of the government of Burundi to hold the presidential election on 21 July, the United Nations chief called yesterday on the authorities to do all in their power to ensure security and a peaceful atmosphere during the polls.

“Secretary-General Ban Ki-moon further calls on all parties to refrain from any acts of violence that could compromise the stability of Burundi and the region,” reads the statement issued by the UN Spokesperson.

Mr. Ban reiterates his appeal for the resumption of a frank dialogue and urges parties to avoid undermining the progress achieved in “building democracy” since the signing of the Arusha Agreements, adds the statement.

The inter-Burundian dialogue that started on 14 July 2015 under the facilitation of Uganda has been indefinitely suspended.

“The Secretary-General notes that the suspension of the dialogue took place without agreement being reached on a range of issues that would have contributed to the creation of a climate conducive to the holding of credible and peaceful elections, as contained in the relevant recommendations of the East African Community (EAC) and the African Union.”

Recalling that the United Nations Electoral Observation Mission has deployed observers countrywide, the UN Chief calls on all parties to facilitate their work and, “in particular,” on the government to ensure their security. 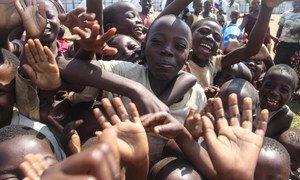 The escalating pattern of politically motivated violence in Burundi demands a response from the United Nations Security Council before the hostilities can evolve into wholesale atrocities, a group of the Organization’s independent experts have warned.