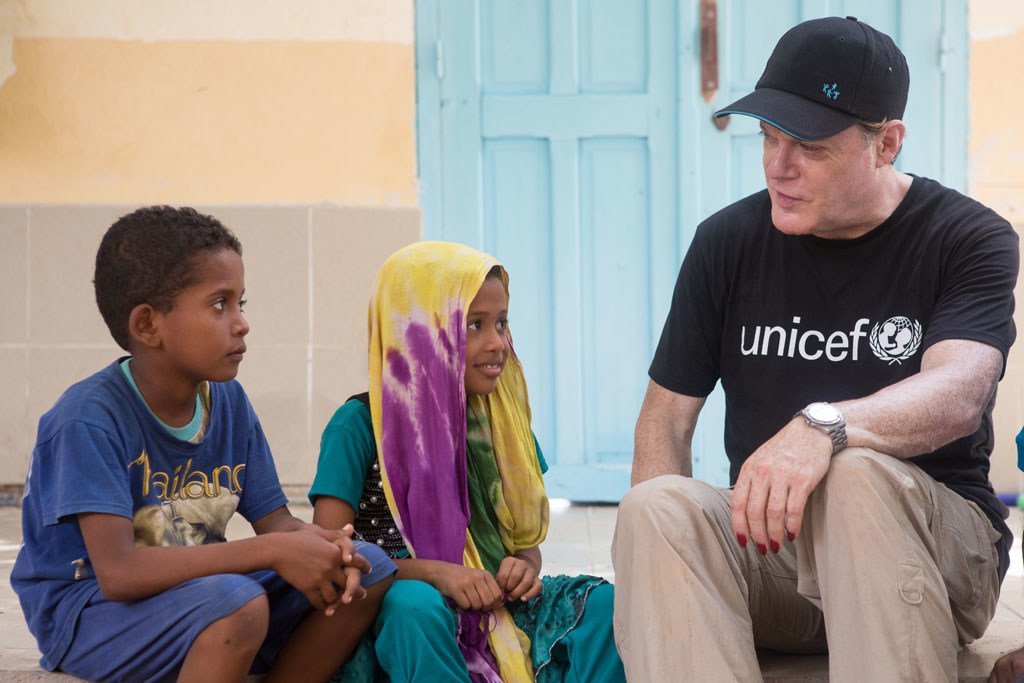 United Nations Children's Fund (UNICEF) United Kingdom Ambassador Eddie Izzard has met child refugees in Djibouti who have fled the devastating war in Yemen, the country of the comedian's birth.

“For decades, the children of Yemen have been living in fear and danger. They are now living through the hell of civil war and many have had to flee across the Red Sea, to Djibouti via Bab-El-Mandeb – the Gate of Tears,” explained UNICEF UK's Ambassador, speaking from Markazi refugee camp, located just outside the northern city of Obock.

Mr. Izzard heard first-hand accounts from the children who fled with nothing, braving a perilous boat journey across the Red Sea. Many shared heart-breaking tales of loved ones lost, family left behind and homes destroyed.

“The harrowing stories from Yemenis, particularly those from Aden, the city of my birth, will stay with me forever. I have a responsibility to highlight this crisis to the world, and I hope I can persuade the United Kingdom public to help the 10 million Yemeni children that are in danger right now,” said Mr. Izzard.

I have a responsibility to highlight this crisis to the world, and I hope I can persuade the United Kingdom public to help the 10 million Yemeni children that are in danger right now

More than 20,000 people, including some 10,000 Yemenis, have made it to Djibouti since the conflict in their country escalated in March. Thousands of them have registered as refugees and many are living in the Markazi camp, points out a press release.

UNICEF is working alongside the United Nations High Commissioner for refugees (UNHCR), the Djibouti Government and humanitarian partners to cover refugees' basic needs in insufferable conditions – 47 degree heat, sand storms with winds of over 60 miles per hour, and an unforgiving desert.

All of this set against a backdrop of explosions heard 35 kilometres away over the Gulf, in Yemen, reminding them of loved ones living through the torments of war.

UNICEF continues to deliver essential aid to children in both Yemen and Djibouti and is also supporting a back-to-school campaign so that Yemeni refugee children can continue their studies and regain a sense of normalcy in their lives, which is critical to help them cope with stress and trauma.

As the humanitarian situation in Yemen worsens by the day, some 21 million people, 80 percent of the entire population, require humanitarian aid – and 10 million of these are children. Food, water and fuel shortages are pushing the country towards complete collapse.

Yemen, the poorest country in the Middle East, already had one of the highest rates of chronic and acute malnutrition among children under five before the crisis – and this is likely to have worsened as the country enters its fifth month of war, warns UNICEF.

The Fund has established a logistical hub for Yemen in Djibouti and has been continuously sending vital supplies by boat to Yemen, such as medicines and medical supplies, nutritional products, and water, hygiene and sanitation supplies. Inside Yemen, humanitarian access remains a challenge and a humanitarian pause meant to provide a respite couldn't take hold.

UNICEF is stepping up its work in health and nutrition using mobile teams to reach children scattered across the country with nutrition screening, treatment of malnutrition and childhood diseases as well as providing vaccination services.

To succeed, UNICEF urgently needs around 180 millions of dollars until the end of the year. There is currently an 86 per cent gap in funding.

♦ Receive daily updates directly in your inbox - Subscribe here to a topic.
♦ Download the UN News app for your iOS or Android devices.
Yemen|Djibouti 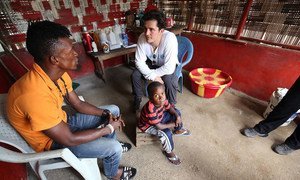 At the end of a four-day visit to Ebola-affected communities in Liberia, United Nations Children’s Fund (UNICEF) Goodwill Ambassador and actor Orlando Bloom praised the efforts of people there who have been combatting the deadly virus.