UNICEF/SUDA2014-XX166/Noorani
Peer educator Arafat speaks with a group of school children and distribute HIV/AIDS awareness materials, in a community in Khartoum, Sudan.
14 July 2015

The world has exceeded the targets contained in the Millennium Development Goals to halt and reverse the spread of HIV and is on track to end the AIDS epidemic by 2030, according to a report released today in Addis Ababa by the Joint United Nations Programme on HIV/AIDS (UNAIDS).

The world has exceeded the targets contained in the Millennium Development Goals to halt and reverse the spread of HIV and is on track to end the AIDS epidemic by 2030, according to a report released today in Addis Ababa by the Joint United Nations Programme on HIV/AIDS (UNAIDS).

“Fifteen years ago there was a conspiracy of silence. AIDS was a disease of the 'others' and treatment was for the rich and not for the poor,” said Michel Sidibé, Executive Director of UNAIDS. “We proved them wrong, and today we have 15 million people on treatment—15 million success stories.”

How AIDS changed everything - MDG 6: 15 years, 15 lesson of hope from the AIDS response was released at a community event at Zewditu Hospital in the Ethiopian capital, by Mr. Sidibé, Secretary-General Ban Ki-moon, Ethiopian Minister of Health Kesetebirhan Admassu, and Abiyot Godana from the Ethiopian community of people living with HIV.

“The measure of success for the United Nations is not what we promise, but what we deliver for those who need us most,” Mr. Ban said at the event, held on the sidelines of the Third International Conference on Financing for Development.

“When it comes to halting and beginning to reverse the AIDS epidemic, the world has delivered.” 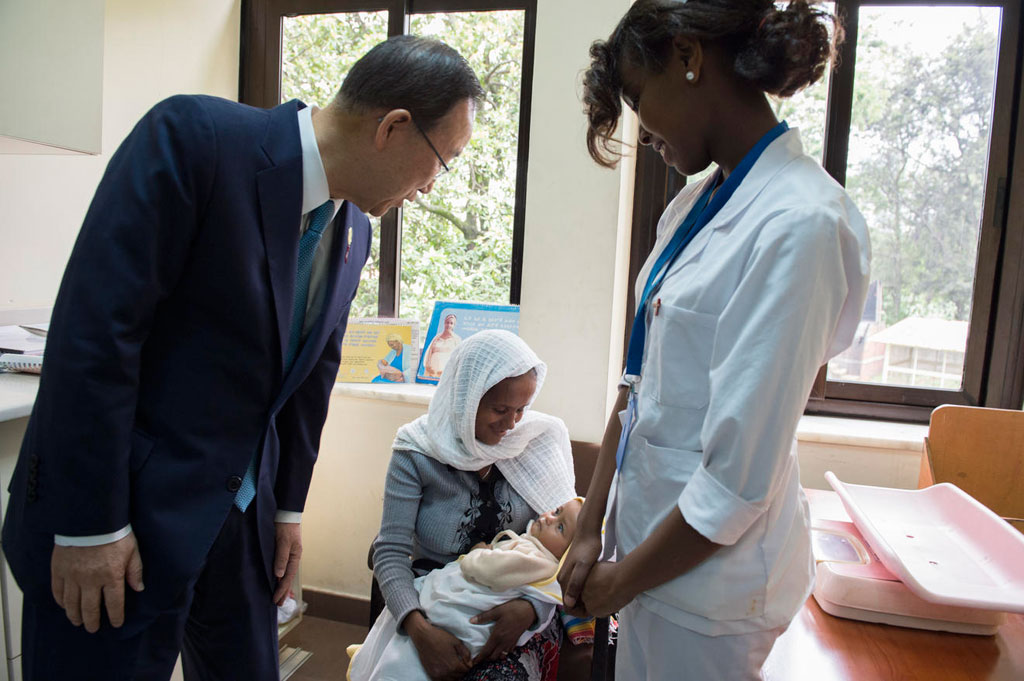 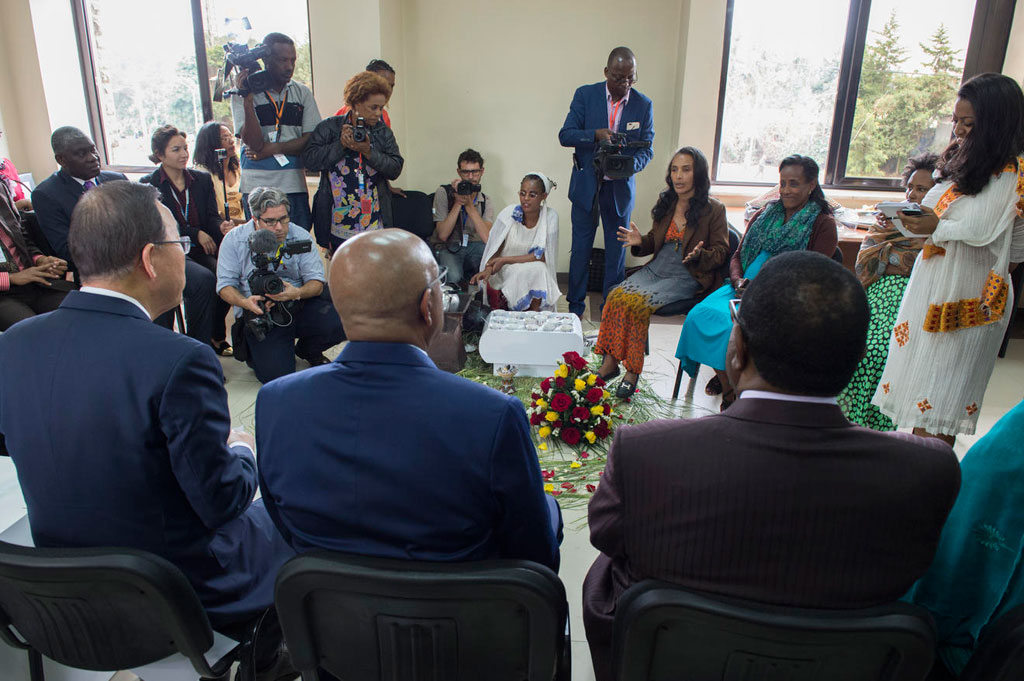 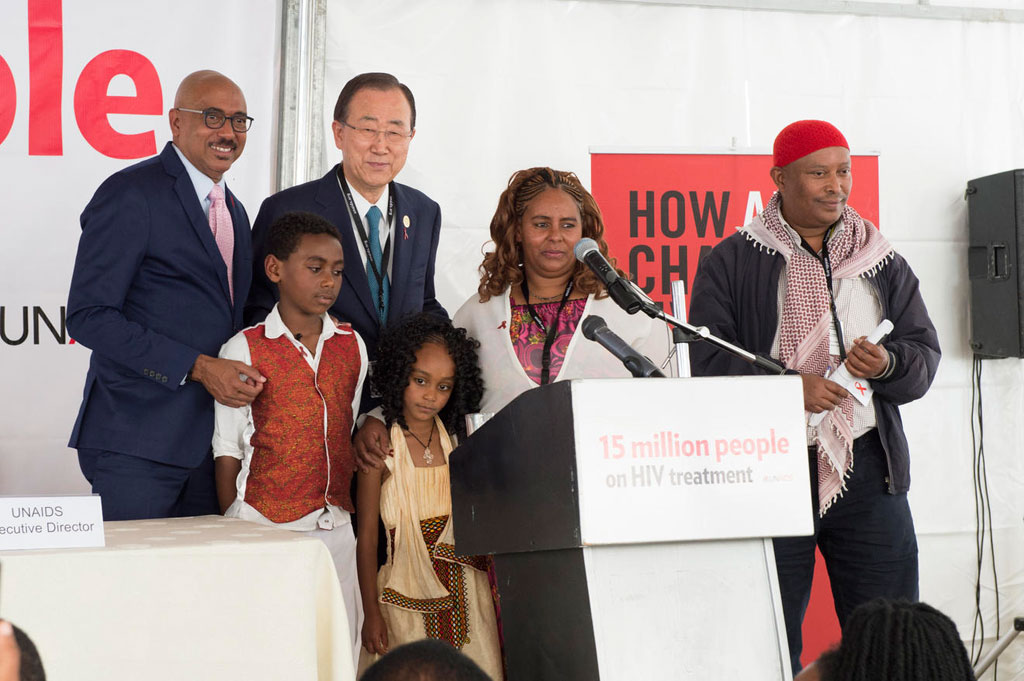 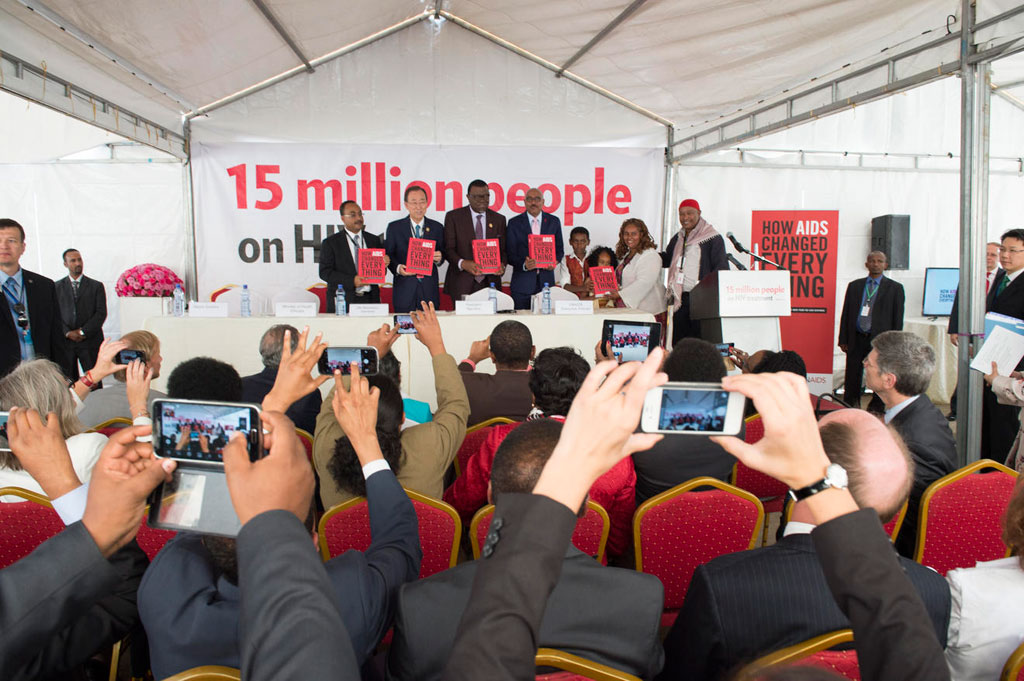 He noted that 15 million people on HIV treatment means millions of families protected and billions of dollars saved. It means that the world is on its way to an AIDS-free generation. It also means that nearly 75 per cent of all pregnant women living with HIV have access to antiretroviral medicines that improve the quality of their lives and protect their children from HIV.

Mr. Ban congratulated Ethiopia for leading the way in ensuring all children are born HIV-free, and noted that the country has reduced new HIV infections among children by more than 85 per cent in the past 15 years.

According to the report, the AIDS targets of MDG 6 - halting and reversing the spread of HIV - have been achieved and exceeded, new HIV infections have fallen by 35 per cent and AIDS-related deaths by 41 per cent, while the global response to HIV has averted 30 million new infections and nearly 8 million AIDS-related deaths since 2000, when the MDGs were set.

“The report demonstrates that the response to HIV has been one of the smartest investments in global health and development, generating measurable results for people and economies,” UNAIDS said. “It also shows that the world is on track to meet the investment target of $22 billion for the AIDS response by 2015 and that concerted action over the next five years can end the AIDS epidemic by 2030.”

To do so, the report calls for dramatically changing the status quo in terms of both resources and efforts. “Simply put, we will not end the AIDS epidemic by continuing business as usual. We have to urgently and rapidly scale up our efforts over the next five years,” it says.

It also underscores that international assistance, especially for low-income and low-middle-income countries, will be necessary in the short term before sustainable financing can be secured in the long term. Sub-Saharan Africa will require the largest share of global AIDS financing: $15.8 billion in 2020.

The report is both a look back on the journey of the last 15 years and a look forward to the future of the AIDS response and the path to ending the AIDS epidemic by 2030.

“Knowing that one day the ribbons will be gone and the lights will be dimmed as the world celebrates ending the AIDS epidemic, what a wonderful day that will be,” it concludes.