United Nations Secretary-General Ban Ki-moon today focused world attention on the “final stretch” of the response to the Ebola outbreak in West Africa, an epidemic that has killed more than 11,000 people, saying: “let us collectively take a deep breath and resolve to finish the job” and put the most affected countries on the path of recovery.

“Your continued generosity will help the affected countries carry out their plans for recovery over the next two years,” said Mr. Ban in his opening remarks at the International Conference on Ebola Recovery being held at UN Headquarters in New York.

Liberian President Ellen Johnson-Sirleaf, speaking on behalf of Guinea, Sierra Leone and her own country, those hardest hit by last year's unprecedented outbreak, said that the funding gap for the three countries' national recover plans and the regional Mano River Union plan is estimated at $7.2 billion, which includes $4 billion for the region as a whole.

“There is no doubt that the resources required are significant,” Ms. Johnson-Sirleaf said. “We believe however that this can be achieved through existing bilateral and multilateral commitments supplemented by the allocation of additional resources.”

“Is this asking too much?” she said.

“We say no because, a strong Mano River Union can be a formidable force for recovery and resilience in the sub-region; a productive, progressive and peaceful Mano River Union which would result from your support will attract private sector investment and capital in our natural resource with ensuring sustainability in our effort and positive impact on regional stability and world trade,” she said. 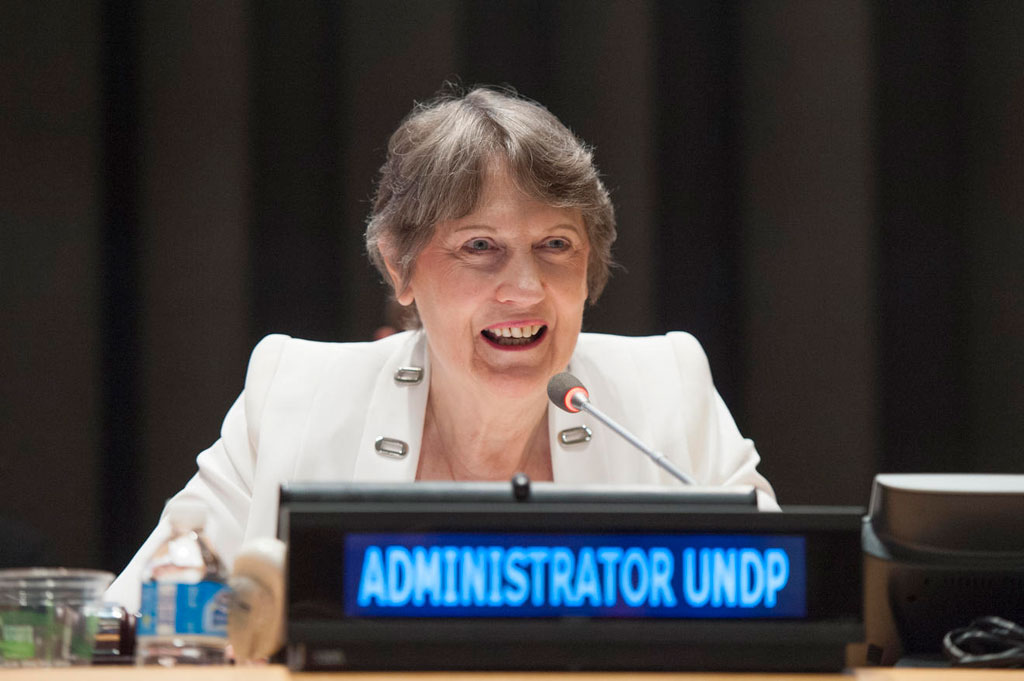 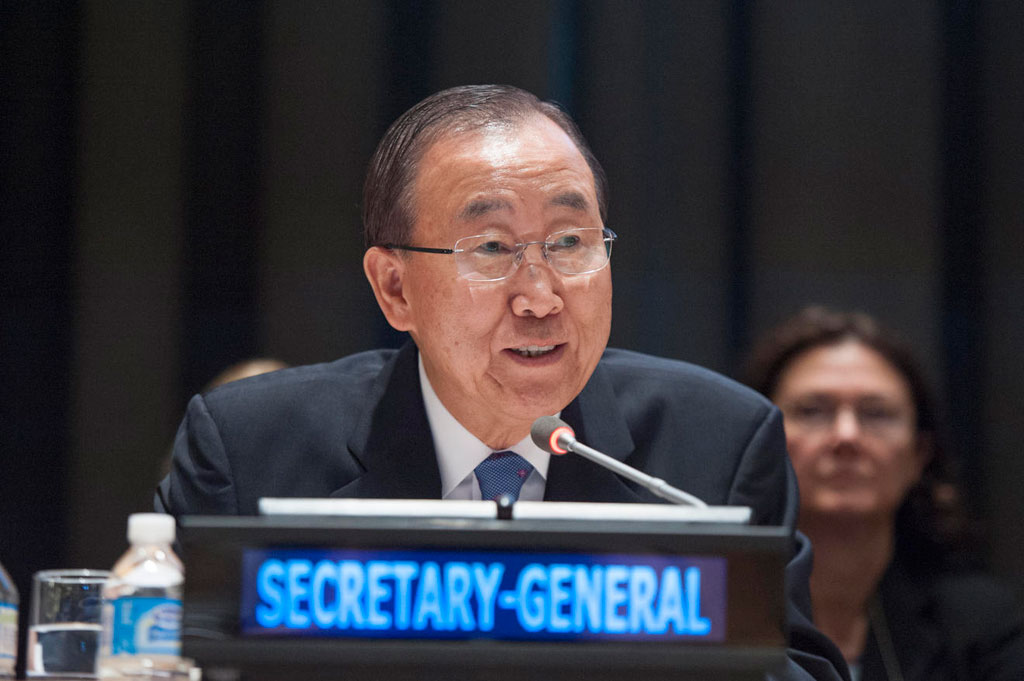 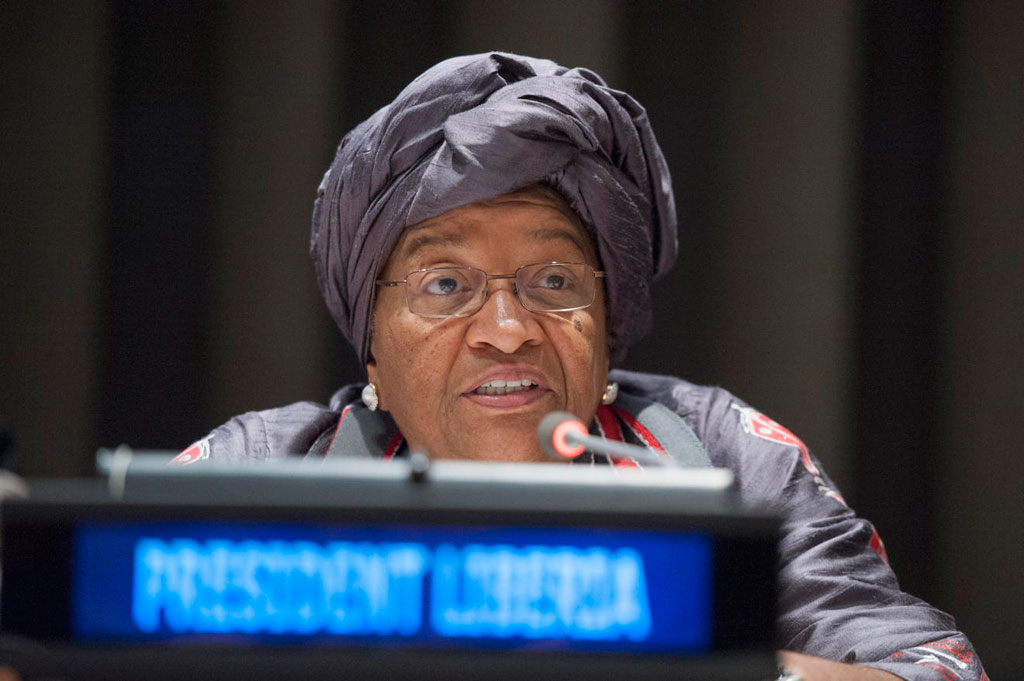 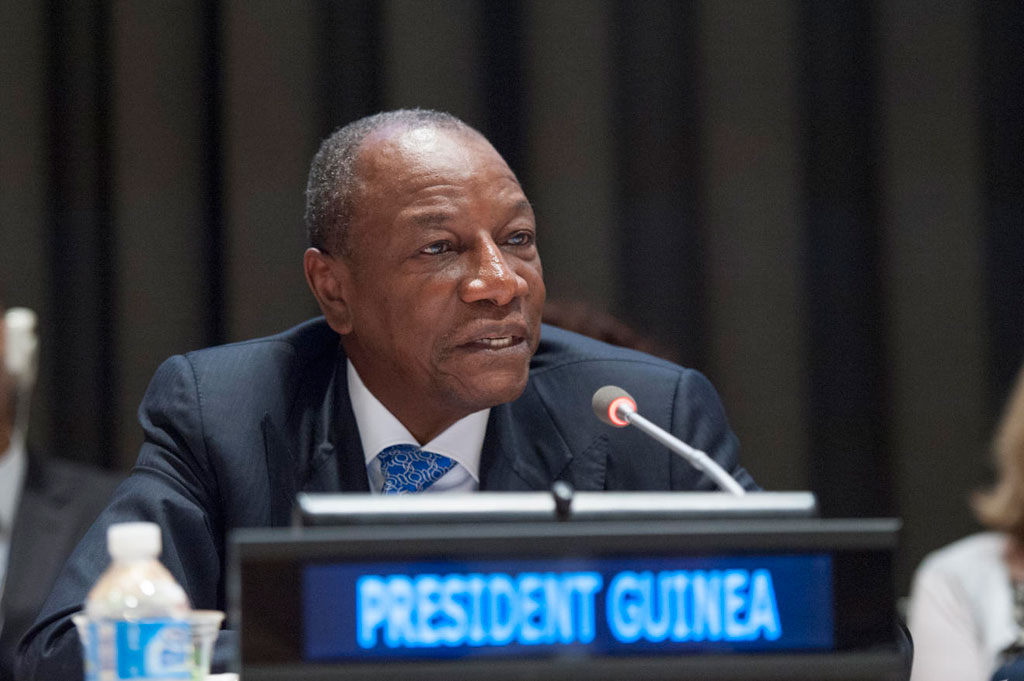 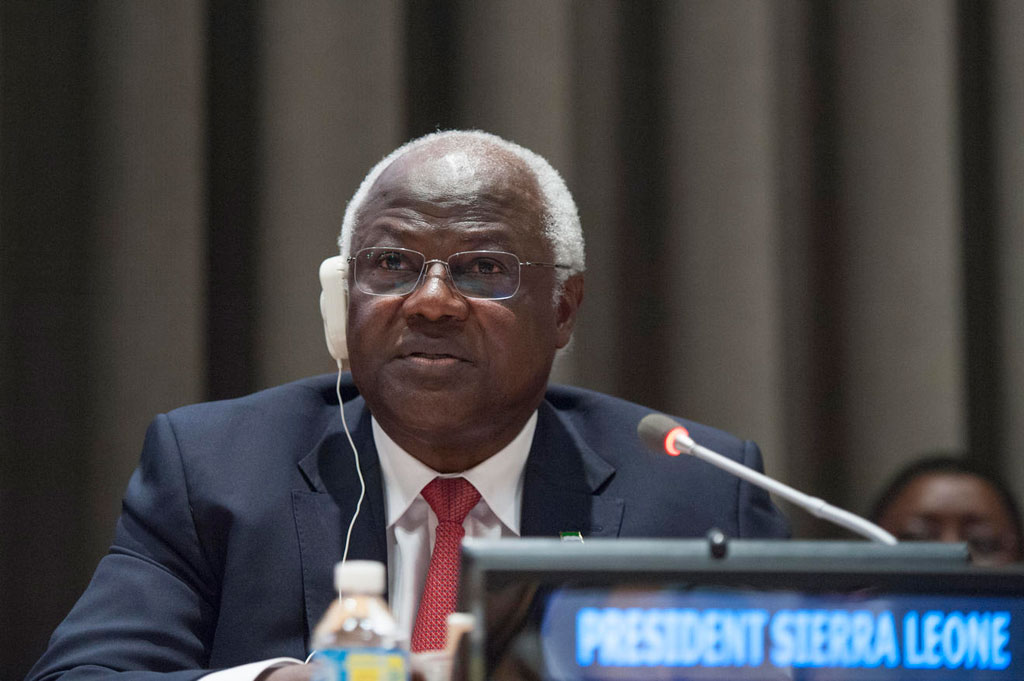 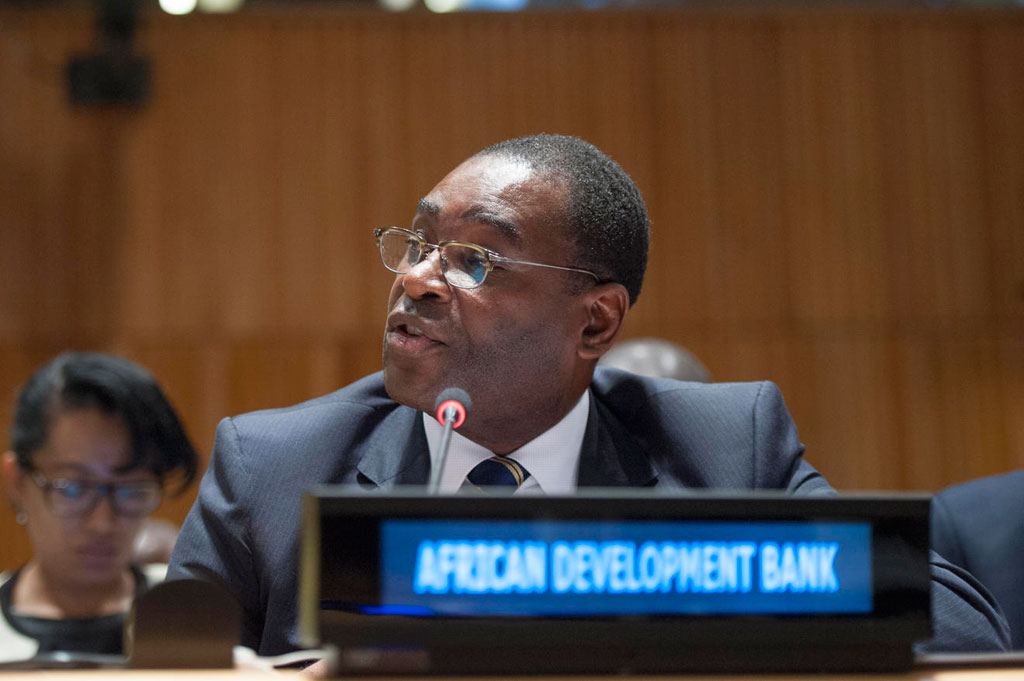 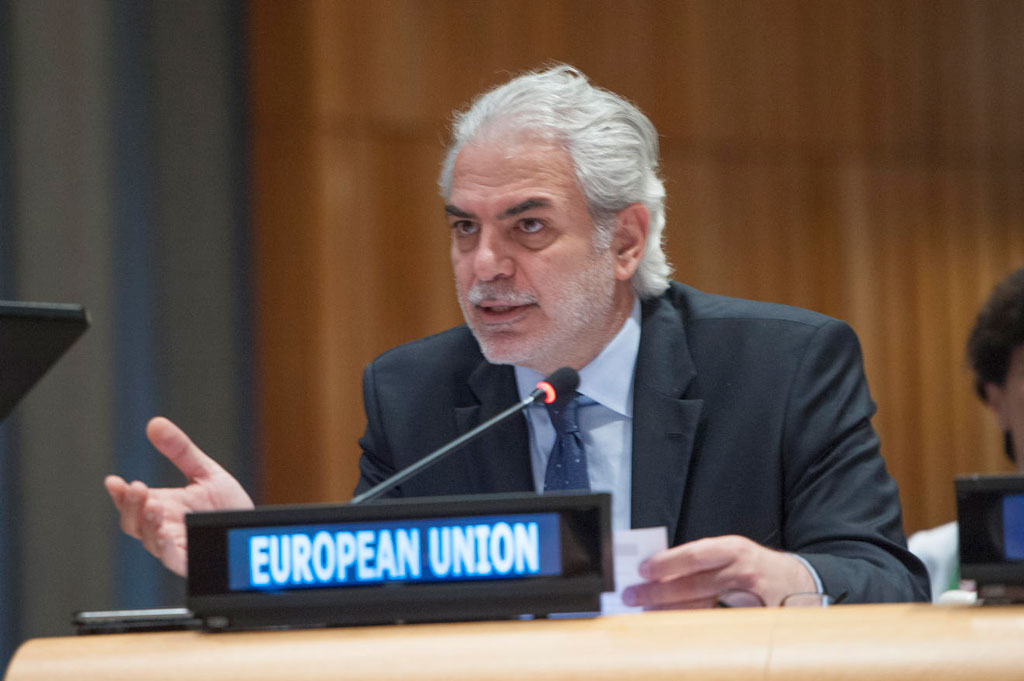 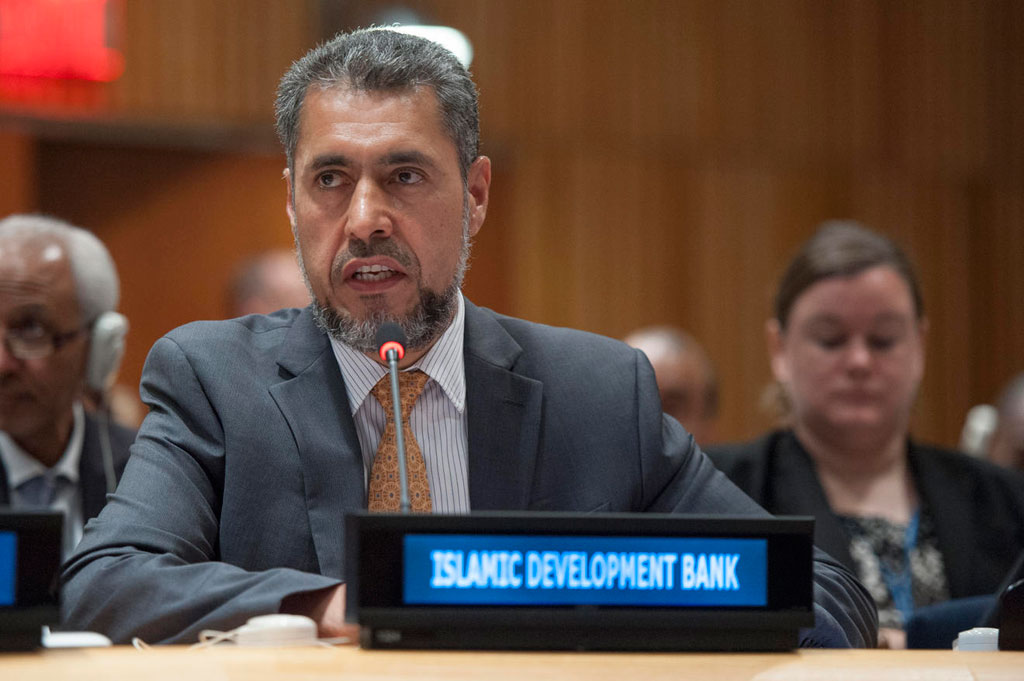 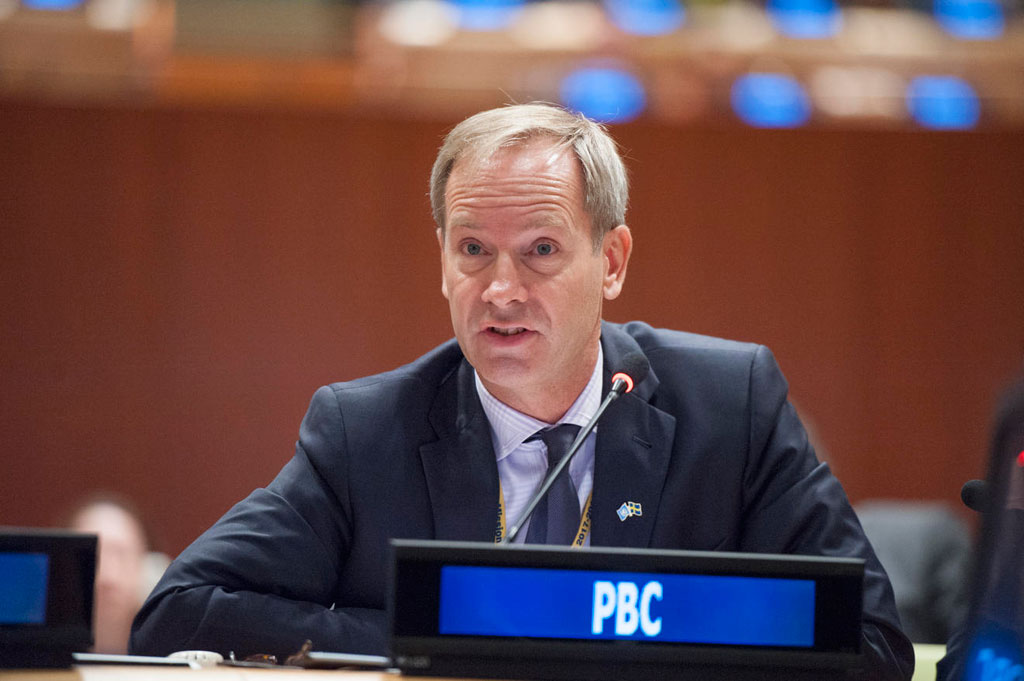 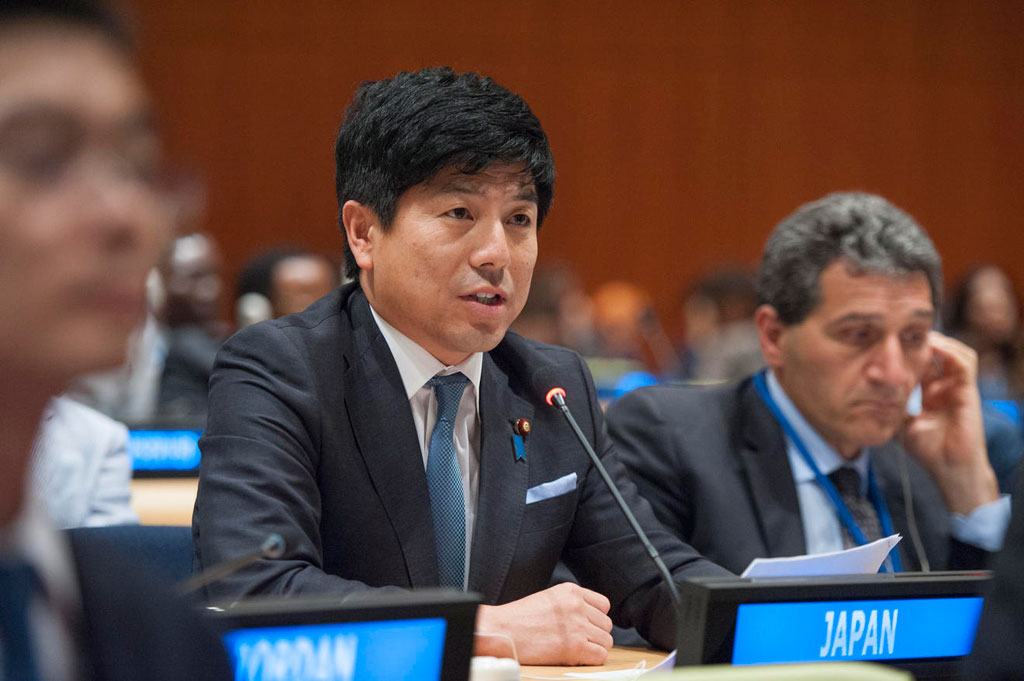 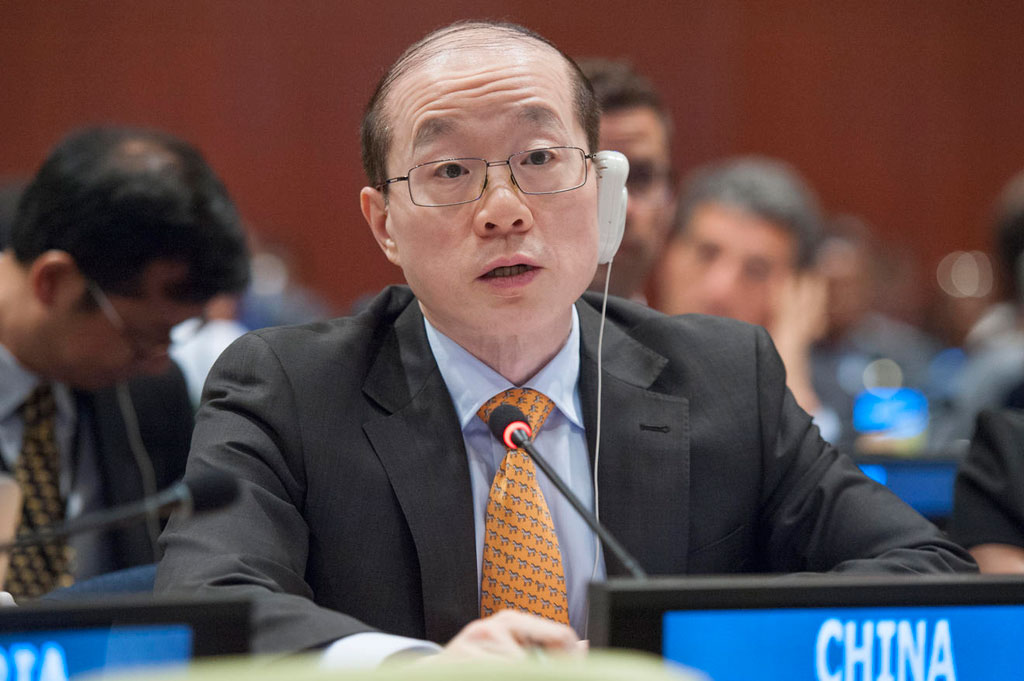 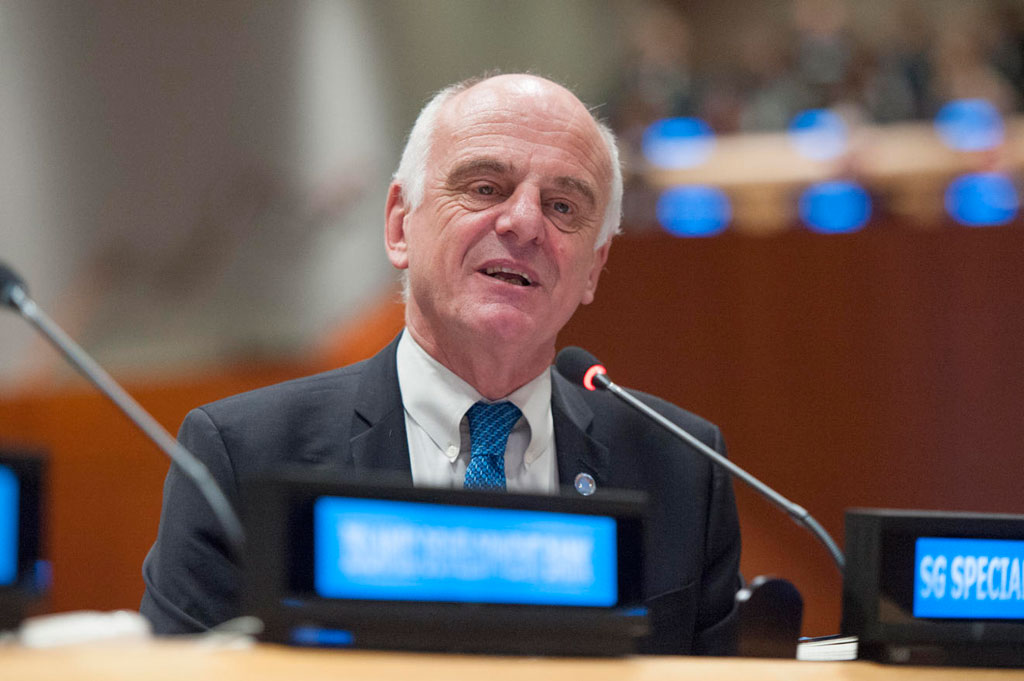 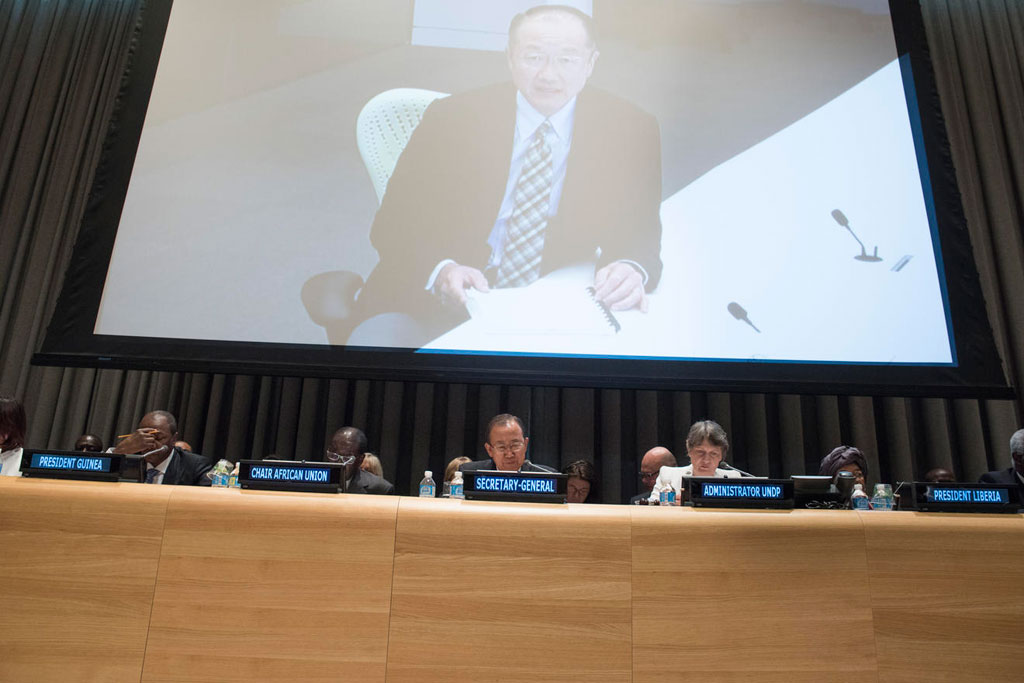 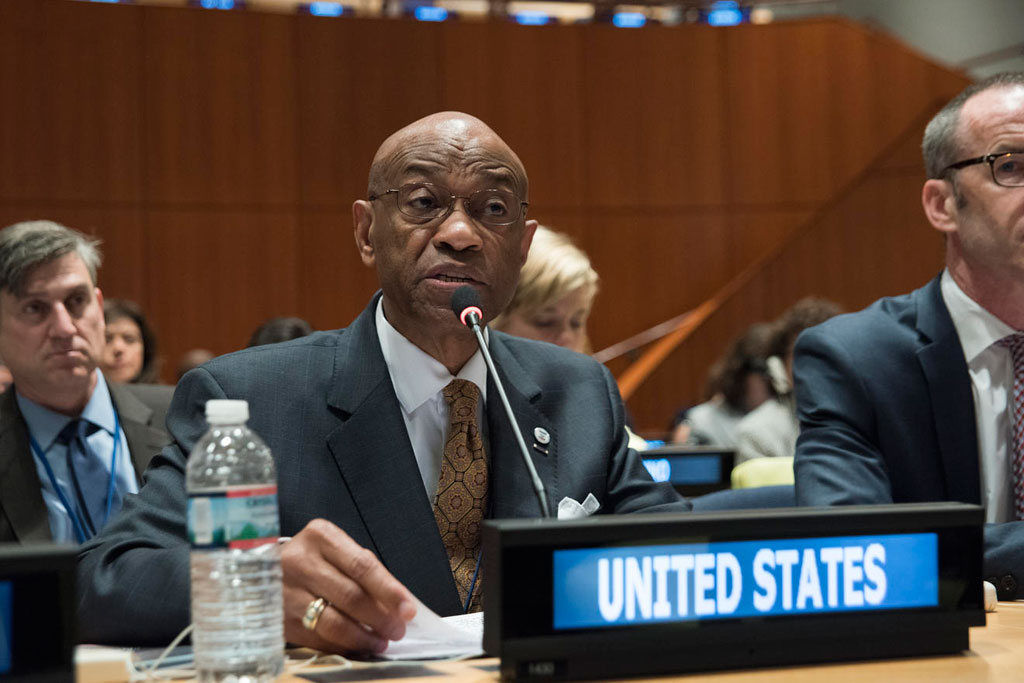 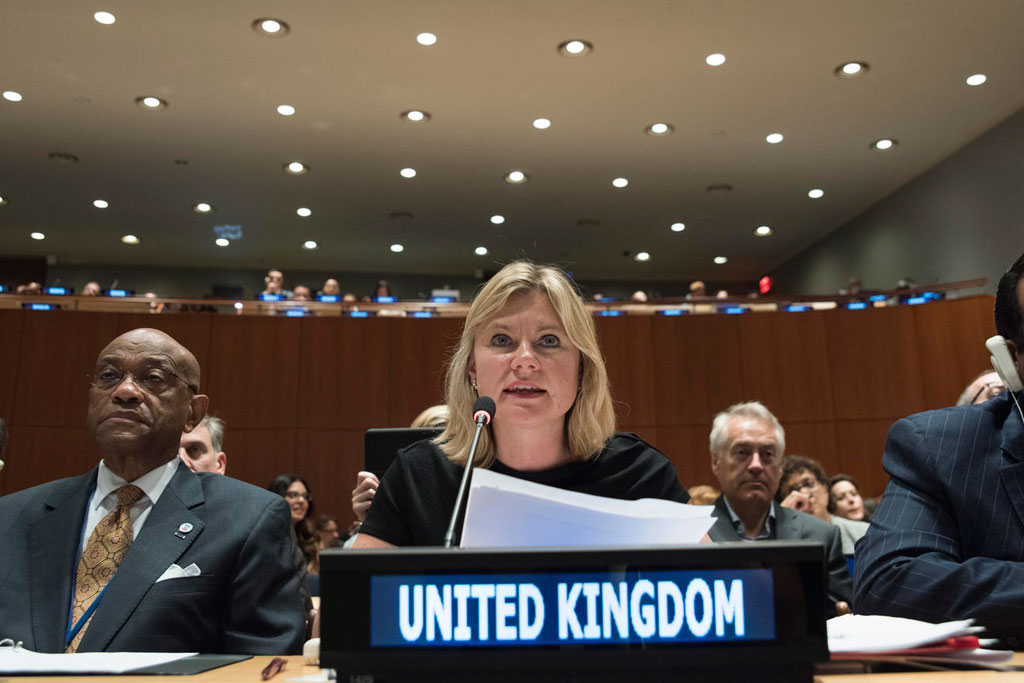 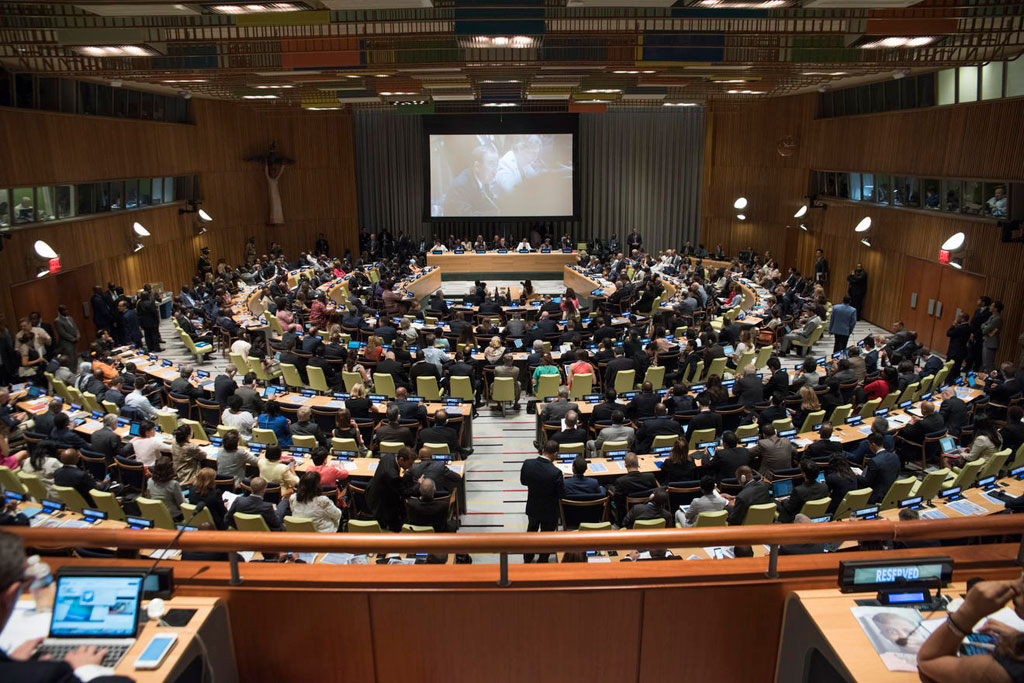 Warning that Ebola is a “stubborn enemy,” the President of Sierra Leone, Ernest Bai Koroma said “sometimes, humanity shows a very short attention-span and wants to move on” and he emphasized: “No, no, no, this fight isn't over.”

Guinean President Alpho Conde spotlighted the breadth of socio-economic damage caused by the outbreak noting that health systems collapsed, investors and consultants have left the three countries, farms and markets had ceased to function, the trade and travel to and from the region had been compromised, tax revenues declined, and household incomes had been hard hit.

While cases in Guinea and Sierra Leone have been reduced considerably, Mr. Ban and other speakers said new cases in Liberia show the need for continued vigilance given the regional risks.

Liberia was mid-way through a 90-day period of heightened surveillance and vigilance, following the completion of 42 days since the burial of the last person infected with Ebola virus disease when the disease resurfaced last month.

In a statement delivered on behalf of the President of the UN General Assembly, María Cristina Perceval, Permanent Representative of Argentina to the UN, said that despite the important progress that has been made, the final push to reach a resilient “zero case” scenario will require the sustained engagement of all partners, and even scaled up efforts in some areas.

“To successfully end the crisis, recovery efforts must shift from the immediate emergency response, to a long-term approach to ‘build back better’ and ensure greater resilience to potential future shocks.” She said, adding that as a community of nations, the world must approach these efforts with the same sense of urgency and commitment that was displayed at the outset of the Ebola epidemic.

While she welcomed the national priorities laid out in the recovery plans presented by the three countries and urge all partners to pledge and commit their full support to those efforts, she also underscored that special emphasis must be given to strengthening and building more effective and robust healthcare services throughout the region, while consideration must be given to creating more resilient institutions and decentralized services.

The all-day conference is chaired by UN Development Program Administrator Helen Clark and was convened by the UN Secretary-General in partnership with the African Union, European Union, the World Bank and the African Development Bank.

Miss Clark said that while ‘getting to zero, and staying at zero’ must continue to be central to the sustained Ebola response, national governments rightly want to intensify recovery and development efforts.

“Decisive action now, under national leadership with generous international support, will address the devastating social and economic impacts of Ebola, and support the three countries in getting firmly back on their development track, she said, underscoring: “Unless the international community steps up its support now, the impact of Ebola could be felt for years to come.”

“We must not let up until we end this deadly epidemic,” declared World Bank President Jim Kim, who urged ongoing efforts to help affected countries get to – and sustain zero cases.

Mr. Ban said the outbreak has eroded progress on peace and development, disrupted health and social services, and affected major economic sectors such as agriculture, mining, trade, tourism, transport, fisheries and livestock. The functioning of schools, hospitals and other public infrastructure has suffered.

“This negative impact – on economies, livelihoods and more importantly lives – demands that the global community continues to prioritize recovery from Ebola even long after the crisis subsides,” he said.

“The strategy to end the outbreak is working – but the final stretch of the response remains particularly challenging,” he said. “That is why today is about more than speeches and pledges – it is a chance to forge a partnership for a better future – a future that is full of opportunity and free of Ebola.”

As a follow-up to today's event, the African Union will convene an International Conference on Africa's Fight against Ebola later this month in Malabo, Equatorial Guinea.

United Nations Secretary-General Ban Ki-moon will call for continued solidarity with the three West African countries most impacted by the unprecedented Ebola outbreak at at tomorrow's International Ebola Recovery Conference in New York, which will seek to raise $3.2 billion over the next two years so that Guinea, Liberia and Sierra Leone can fully rebound from the crisis.