UN Photo/Rick Bajornas
At Norway's high Arctic region, Secretary-General Ban Ki-moon (centre) visits Blomstrandbreen glacier to be briefed by scientists and observe first-hand the advances of climate change since visiting in 2009. Seated to his right is Foreign Minister, Børge Brende of Norway.
8 July 2015

At the site of a rapidly shrinking glacier in the Norwegian Arctic, United Nations Secretary-General Ban Ki-moon stressed the need for the international community to “take action now” to fight climate change.

“I am just close to 250 metres to the glacier. It looks magnificent. But at the same time, I am alarmed that there are so many cracks that will soon break. They are melting very rapidly, and I fully agree with what scientists have been projecting. Unless we take action now, we will have to regret. We have to keep global temperature rise below two degrees as soon as possible."

Preparing for the upcoming meeting of the States parties to the UN Framework Convention on Climate Change (UNFCCC) that will take place in Paris in 2015, the UN chief was in Norway this week to attend a number of high-level events. On board the research vessel RV Lance, he seized that opportunity to see first-hand the changes in the Blomstrandbreen glacier since he last visited in 2009.

“The fjord behind us has been open every winter, throughout the winter because the ocean is warmer. So we have seen a lot of change since the Secretary-General was here last time,” said Kim Holmén, International Director of Norwegian Polar Institute.

“Glaciers on land are also a very visible example of the change in climate. Every year they are retreating and here in this area we have a lowering of the surface of approximately one meter per year, due to melting,” added the Director of Norwegian Polar Institute, Jan-Gunnar Winther, who travelled with the Secretary-General on board the research vessel RV Lance.

Besides taking an excursion to Blomstrandbreen, Mr. Ban today received briefings at the Kings Bay Marine Lab and the Svalbard Satellite Station, both in Norway. 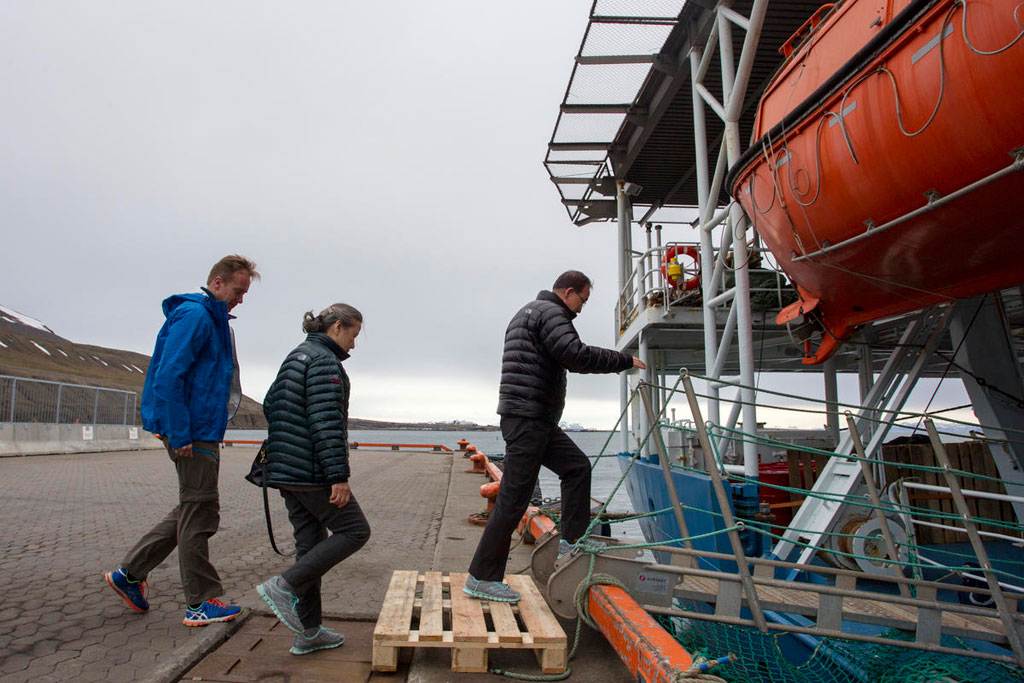 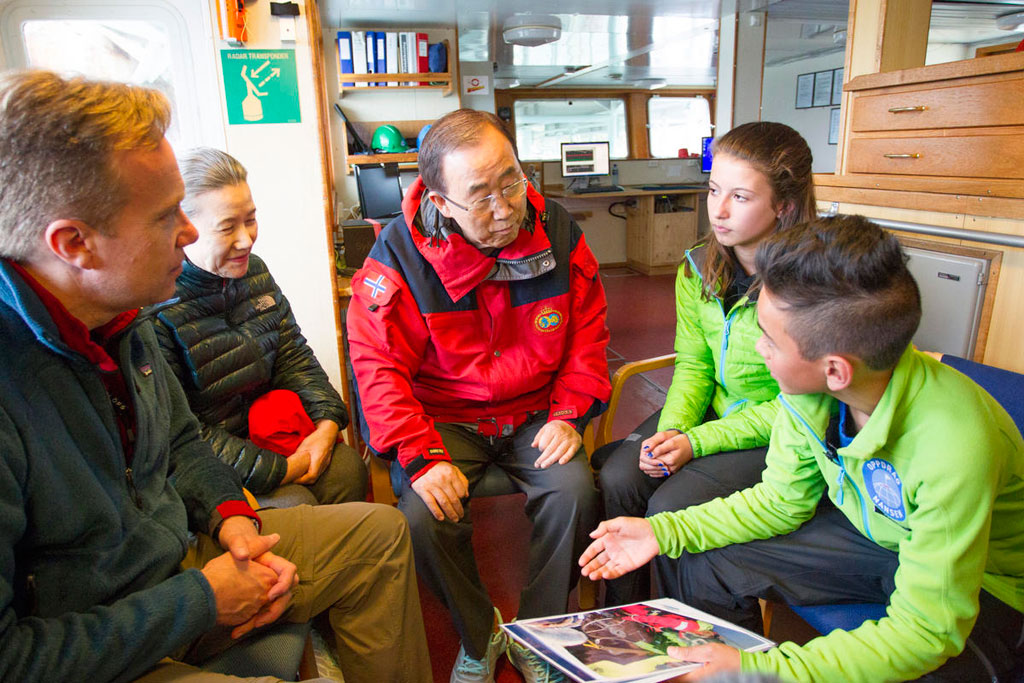 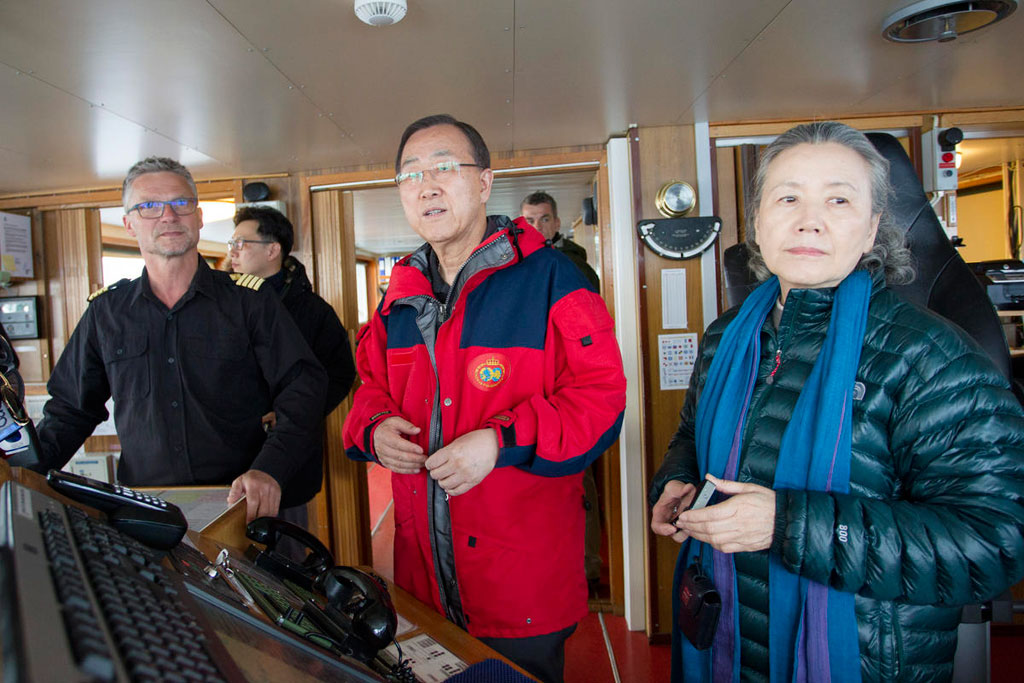 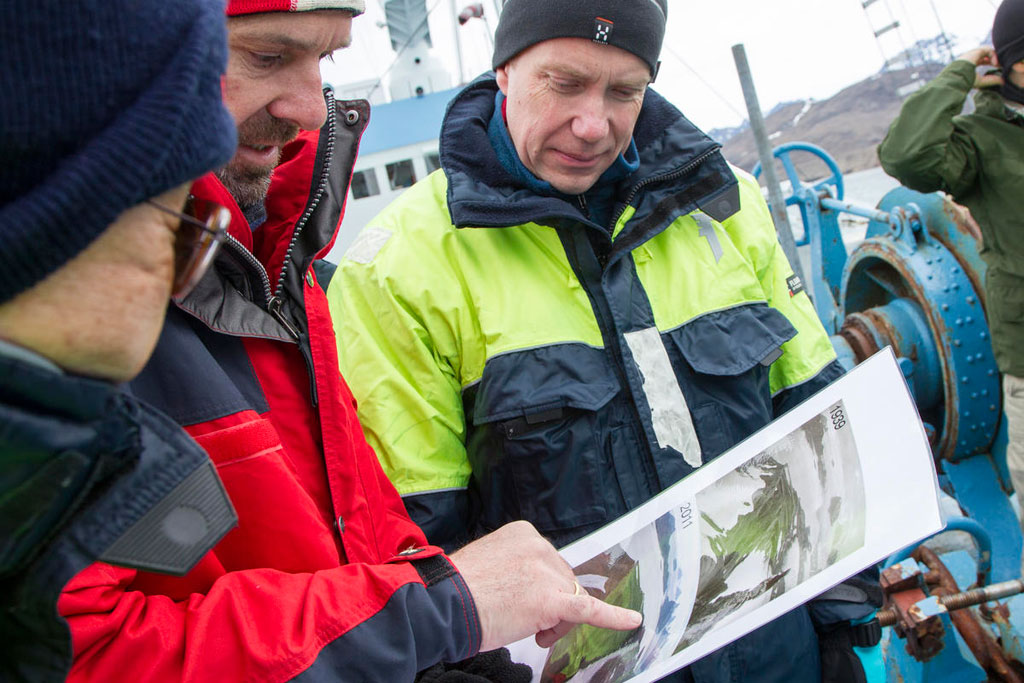 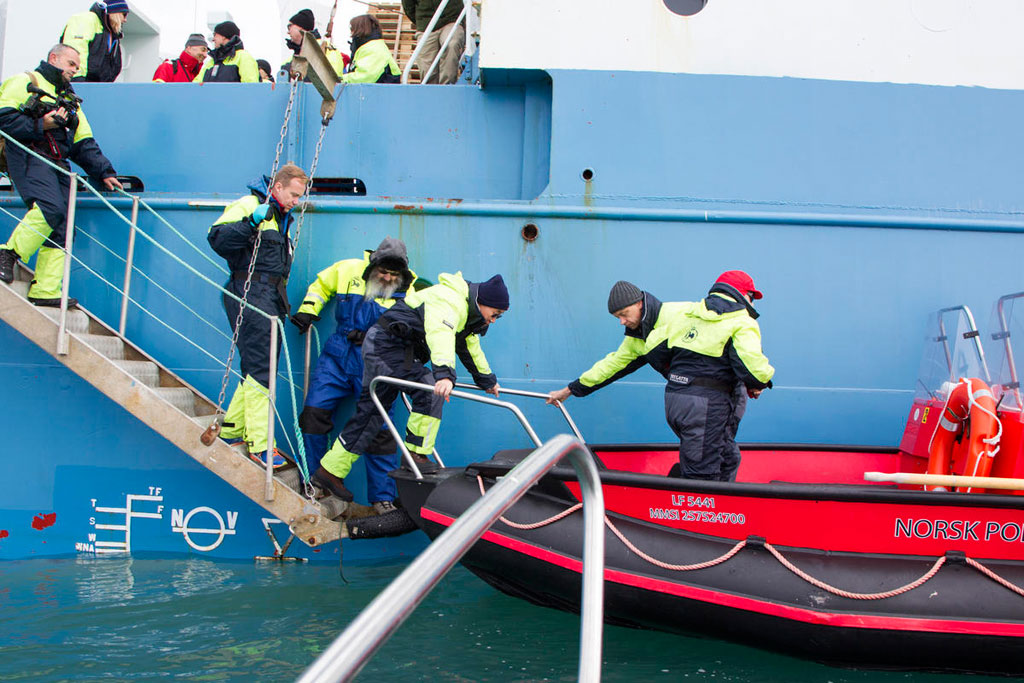 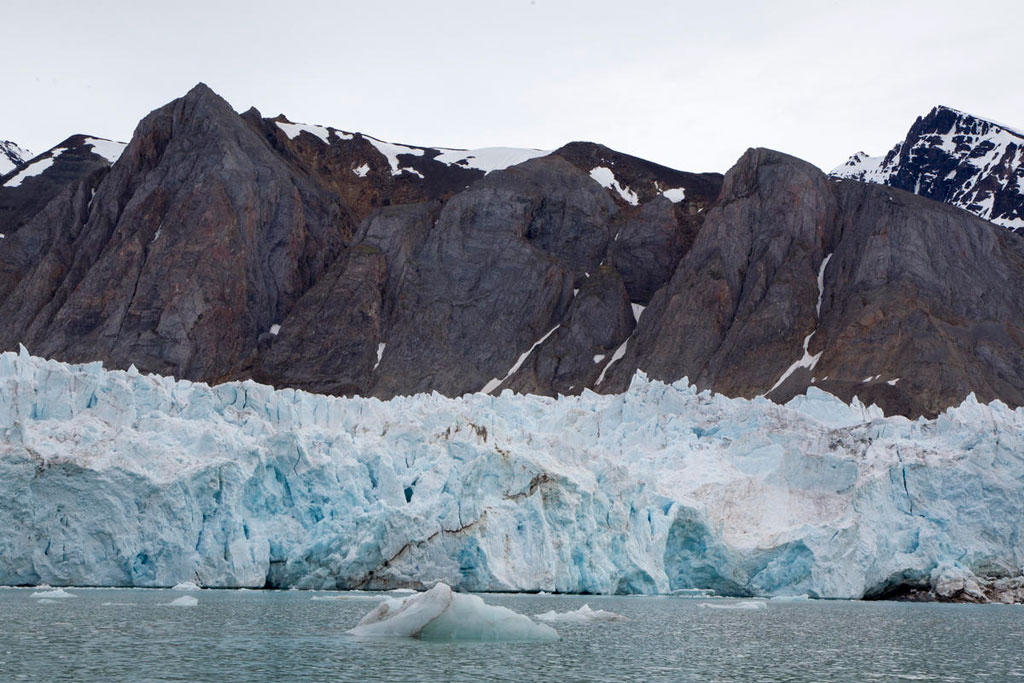 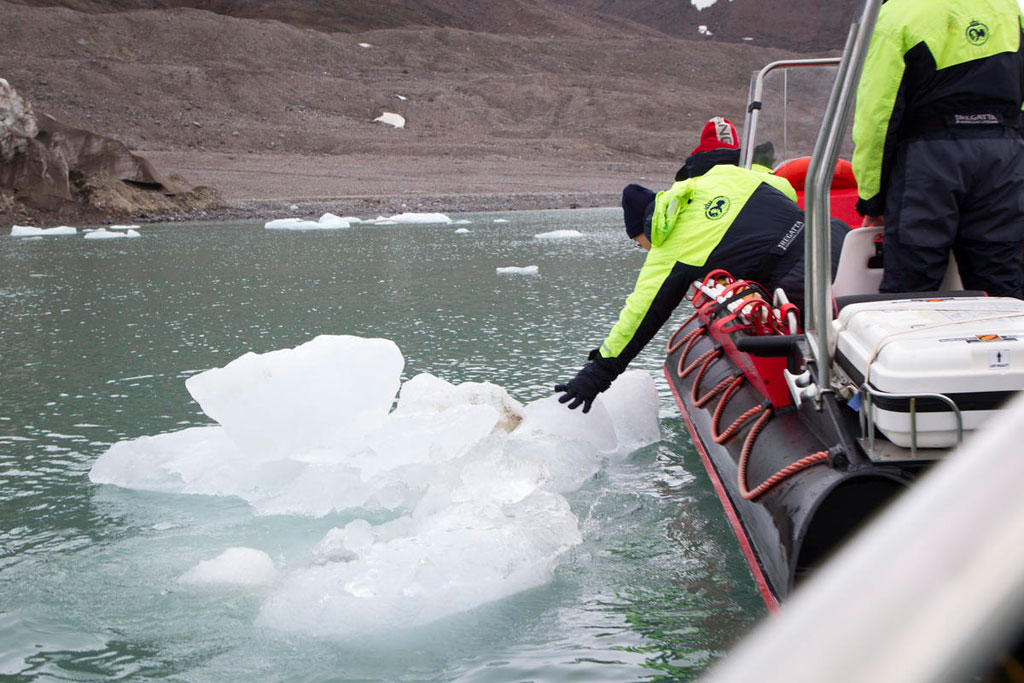 Secretary-General Ban Ki-moon makes a trip to the Blomstrandbreen glacier to see first-hand the dramatic changes to the ice. UN Photo/Rick Bajornas