As the United Nations Security Council failed to adopt a resolution that some of its permanent members called “vital for reconciliation” and others called “divisive,” senior UN officials stressed that the horror of the genocidal massacre at Srebrenica continued to haunt the Organization 20 years after thousands of ethnic Bosnian Muslim men and boys were slaughtered during a week of preventable brutality.

The lessons learned from those “unspeakable” days in July 1995 still reverberate throughout the United Nations, according to UN Deputy Secretary-General Jan Eliasson who, along with UN High Commissioner for Human Rights, Zeid Ra'ad Al Hussein joining in via videoconference, urged better efforts aimed at prevention and greater cohesion among the international community as it confronts a growing litany of crimes against humanity perpetrated around the world.

The UN officials' remarks came as the Security Council prepared to table a vote on a draft resolution strongly condemning as genocide the crimes at Srebrenica as established by the judgments of the International Criminal Tribunal for the former Yugoslavia (ICTY) and the International Court of Justice (ICJ) and all other proven war crimes and crimes against humanity committed in the course of the conflict in Bosnia and Herzegovina.

The measure – which failed to pass with 10 votes in favour, four abstentions (Angola, China, Nigeria and Venezuela) and the Russian Federation voting against – would have further agreed that “acceptance of the tragic events at Srebrenica as genocide is a prerequisite for reconciliation.” If one of the Council's five permanent members casts a negative vote on a resolution, the text cannot be adopted.

“We gather in humility and regret to recognize the failure of the United Nations and the international community to prevent this tragedy,” Mr. Eliasson told the 15-member Council this morning ahead of a vote, marking the 20th anniversary of the tragic events in which 8,000 men and boys who were killed by Bosnian Serb forces who overran Srebrenica – the largest such massacre on European soil since the Organization's founding. 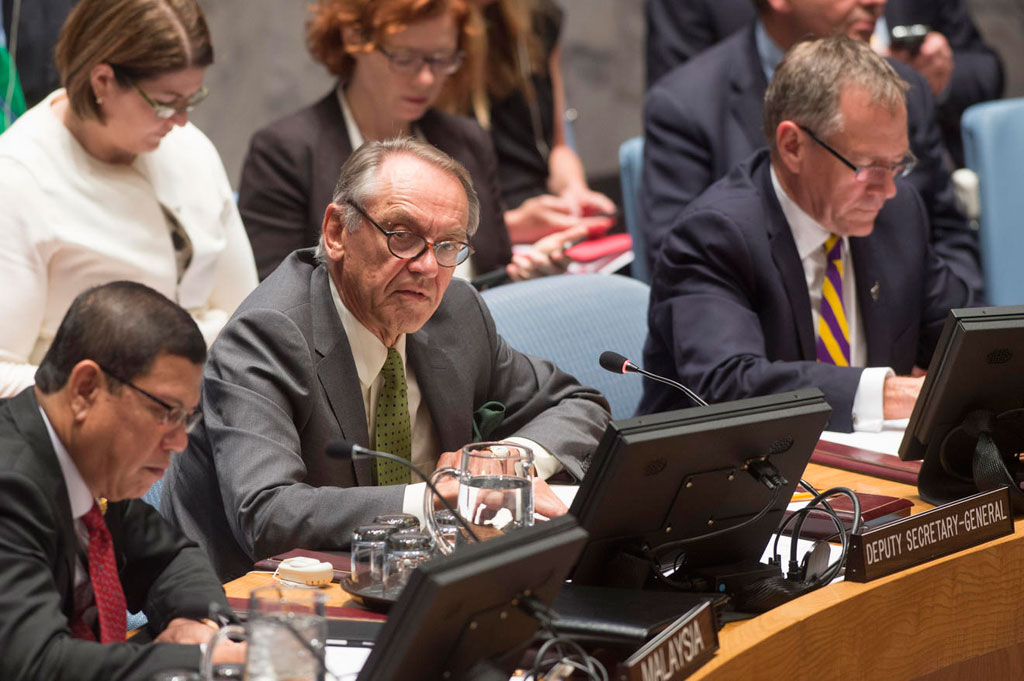 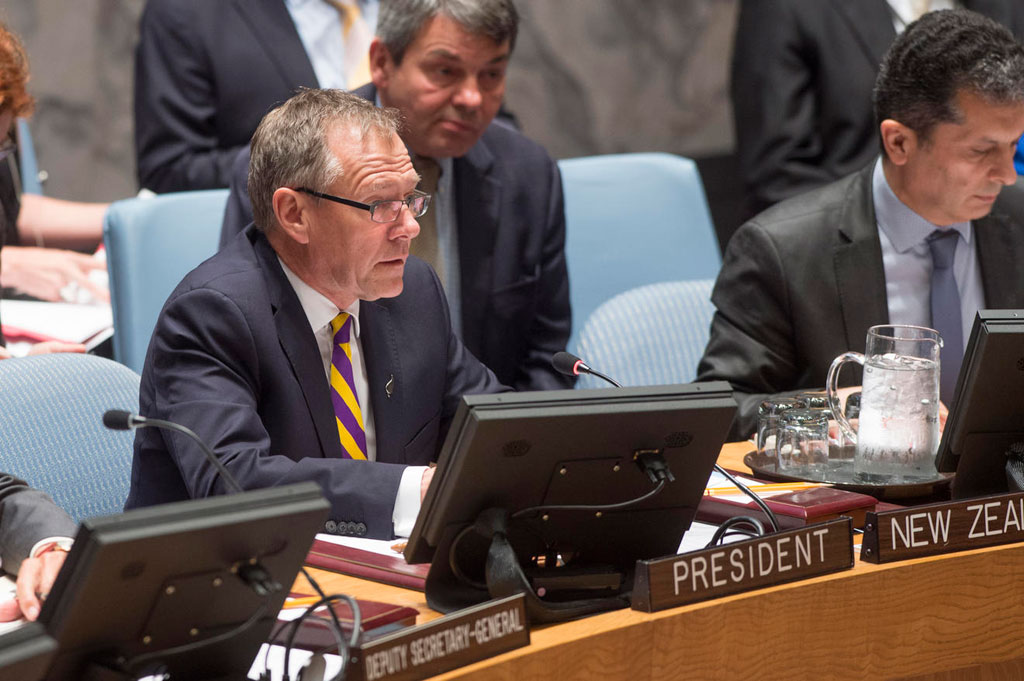 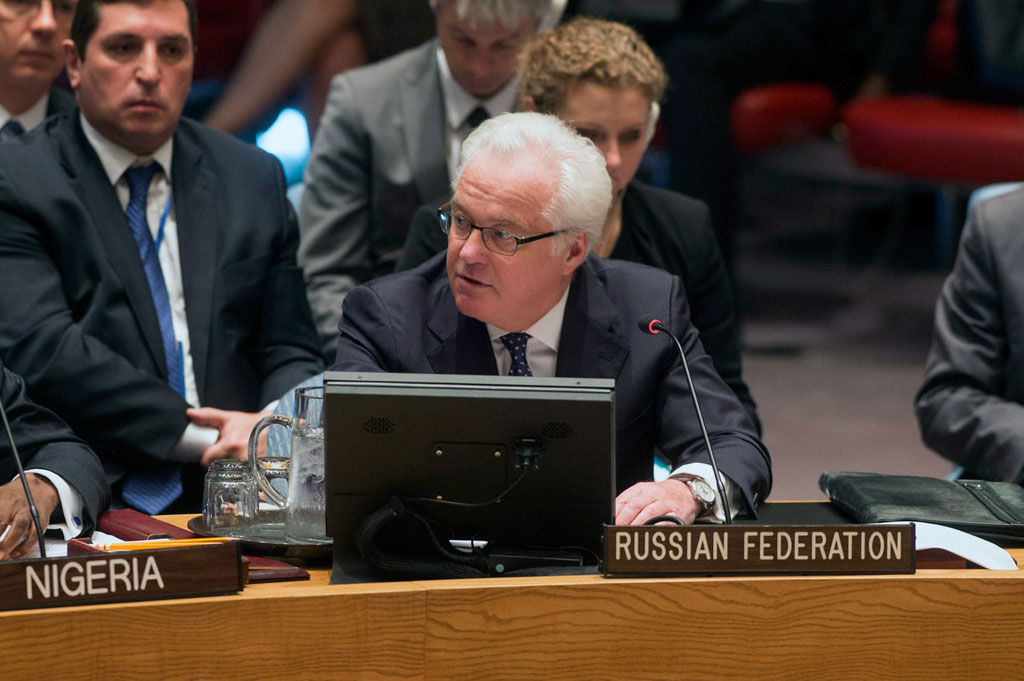 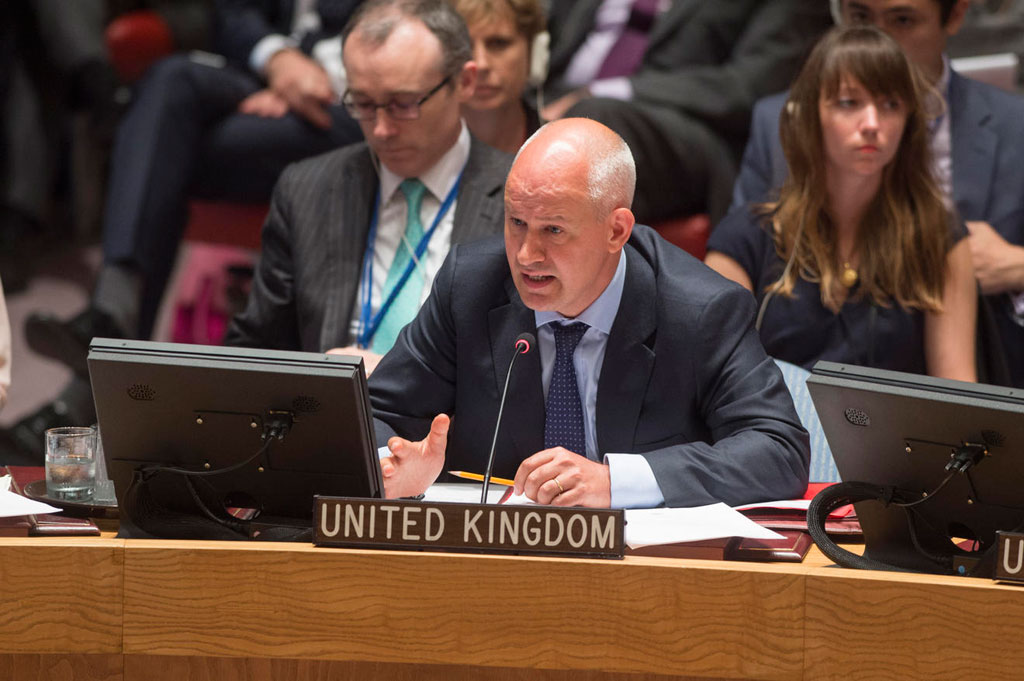 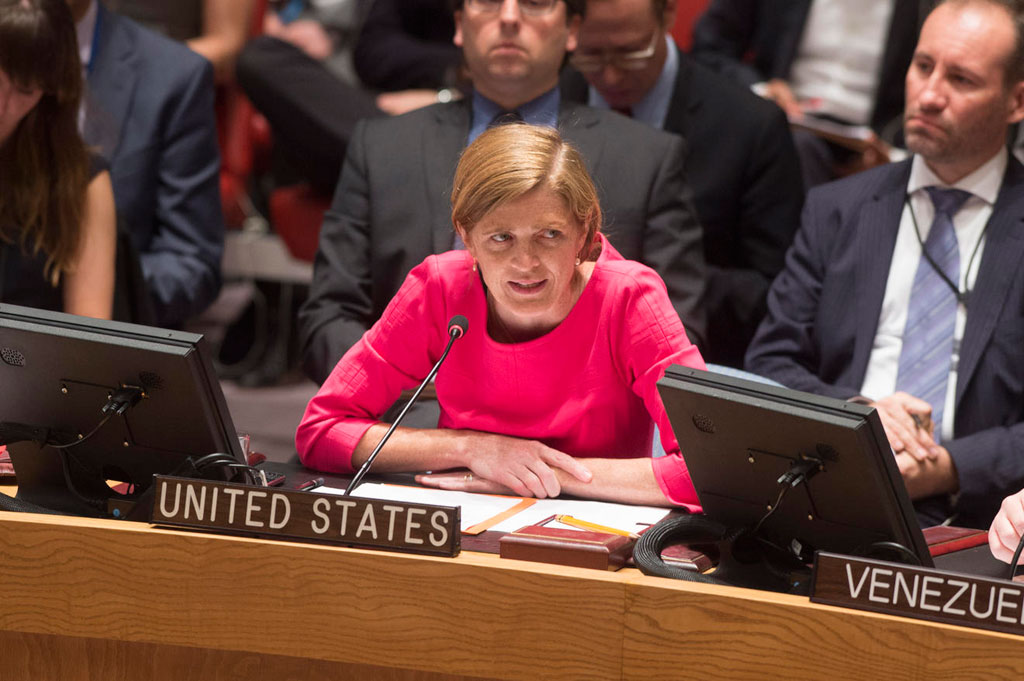 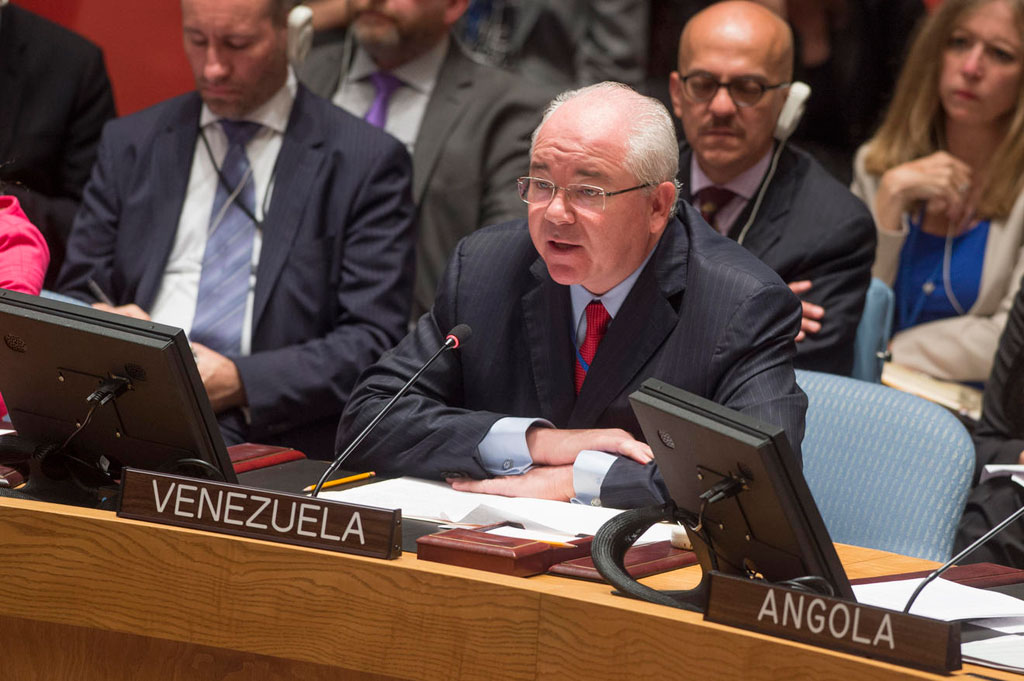 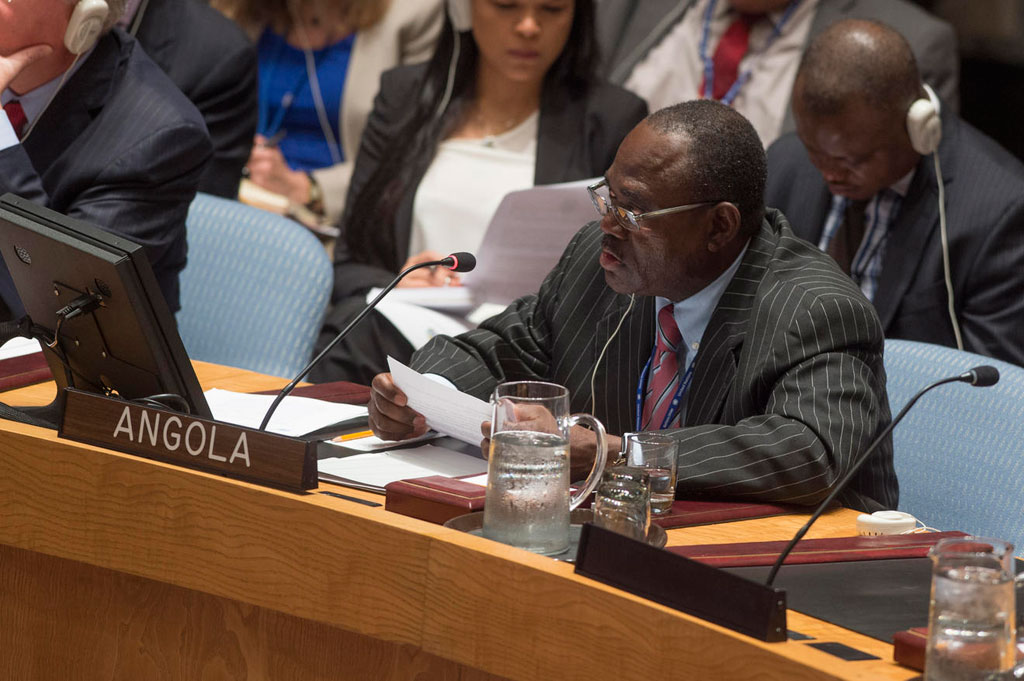 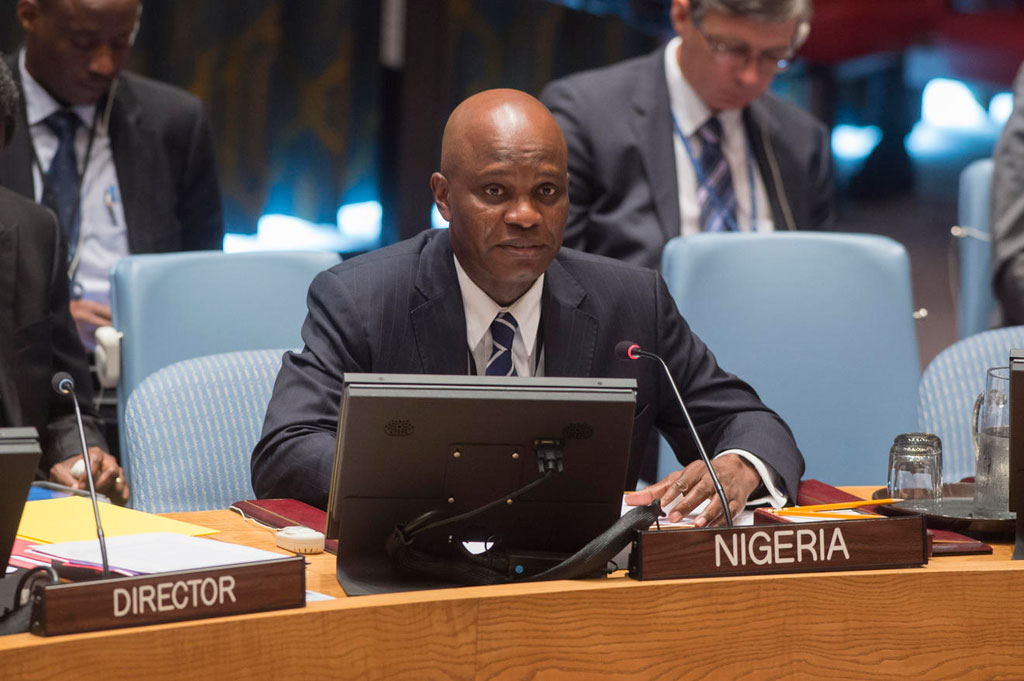 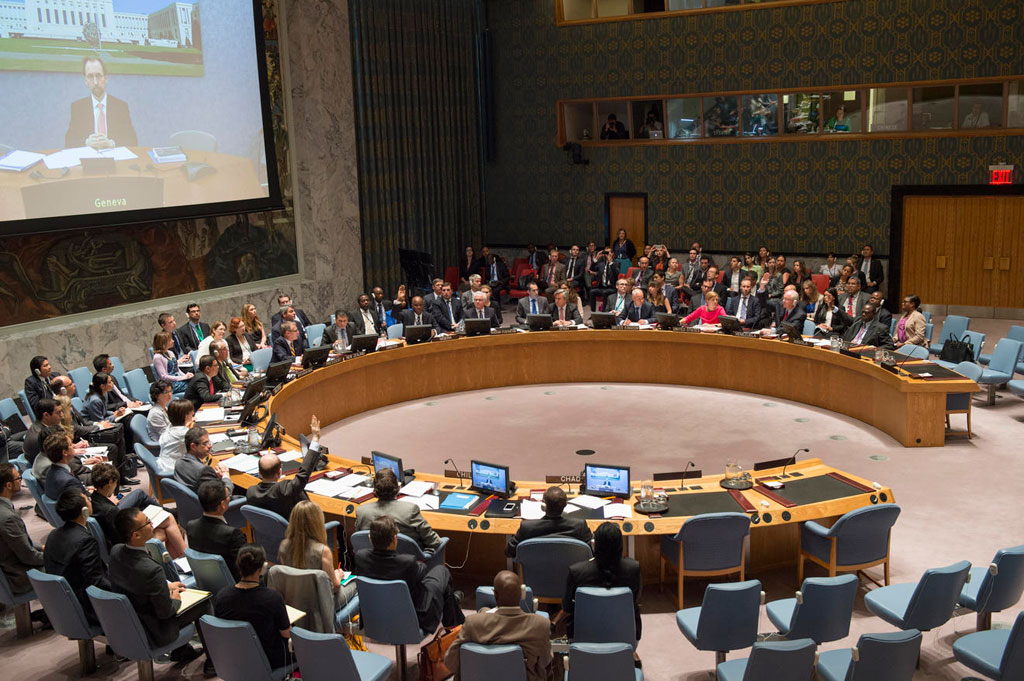 Participants at Security Council meeting on The situation in Bosnia and Herzegovina. UN Photo/Eskinder Debebe

“The United Nations has acknowledged its responsibility for failing to protect the people who sought shelter and relief in Srebrenica.”

Since the tragedy unfolded in Srebrenica 20 years ago, the Deputy Secretary-General explained, the UN has, in many ways, improved its methodology by which it confronts the threat of war crimes, ethnic cleansing and genocide. Prevention, he said, has now become “an imperative.”

“Peacekeepers are now regularly provided with robust mandates to protect civilians,” Mr. Eliasson continued. “They are often authorized to use all necessary means in defence of populations.”

But, he added, peacekeepers continue to face many of the same challenges that plagued the UN in Srebrenica, not least “paralyzing divisions among Member States and a lack of political and material support.”

As a result, the UN and the Security Council would increasingly have “a central role to play” in strengthening prevention efforts, enforcing the responsibility to protect those in danger and enforcing the right of all people to live in “peace and dignity.”

“The world looks to us here at the United Nations and to the UN Security Council and expects us to uphold that right and to meet those aspirations,” Mr. Eliasson affirmed. “That is our shared responsibility today. And it is how we can best pay homage to the victims of Srebrenica.”

We got it wrong – so wrong

Drawing comparisons between the “catastrophe” of Srebrenica and an array of concurrent crises facing the UN in Syria, Sudan, Central African Republic, as well as Burundi and Myanmar, High Commissioner Zeid, meanwhile warned that “so long as there is no respect for the UN, it will be likely that further massacres will be perpetrated.”

“If the UN is to make good on its commitment to protect civilians,” Mr. Zeid told Council members via video link from Geneva, “it must be resolute, undivided and clear about its intention.”

He added that the deeper lessons for the UN remained as relevant today as they were twenty years ago.

“Our inability to anticipate events, so prevalent then, is still with us today; and our recurrent failure to understand with whom, and with what, we are dealing,” he confirmed.

In a comprehensive recounting of the events leading up to the massacre, Mr. Zeid laid out a veritable mea culpa of what he termed the UN's “clumsy” efforts in addressing the growing threats on the ground during the early days of the Bosnian conflict. From wavering displays of authority to a non-committal use of force in countering an increasingly scaled-up Bosnian Serb aggression against ethnic minorities, the UN rights chief described the Organization's “hesitation” and “timidity” as being key to the Srebrenica tragedy.

“We got it wrong, so wrong, although the people of Srebrenica knew full well who they were confronted with and what was in store for them,” he stated. “We simply had not stopped to think about these issues in sufficient depth.”

The most foundational lesson of Srebrenica, Mr. Zeid continued, was that for it to succeed in areas of conflict, the UN “must be respected.

“For the UN to be effective in robust peacekeeping, all the parties to the conflict, and in particular the aggressor, must take the measure of this Council, its decisions and the UN presence on the ground. They must believe there will be serious consequences and no impunity,” he concluded.

During a high-level commemorative event in New York, United Nations Secretary-General Ban Ki-moon today paid tribute to the victims of the Srebrenica genocide, perpetrated 20 years ago, and which, he said, “will forever weigh on the collective conscience of the international community.”