UNHCR/B. Bannon
Climate change is a growing cause of displacement in Africa, where some areas have been devastated by drought.
29 June 2015

Development cannot be sustainable if it does not address the challenge of climate change, United Nations Secretary-General Ban Ki-moon told Member States today as he opened a High-Level Event on Climate Change convened in New York by the President of the UN General Assembly, Sam Kutesa.

“Let us always remember that climate change and sustainable development are two sides of the same coin, with two mutually reinforcing agendas,” the UN chief explained to delegations gathered for the event.

Just months ahead of the next Conference of the Parties (COP) to the UN Framework Convention on Climate Change (UNFCCC), which will take place in Paris, today's event has been convened in support to the process that will ultimately result in an agreement intended to succeed to the landmark Kyoto Protocol on reducing greenhouse gas emissions.

“Adoption of a transformative post-2015 development agenda in September, achieving a successful outcome from the upcoming Third International Conference on Financing for Development and concluding a global climate change agreement will be monumental milestones towards improving the livelihoods of people around the world,” Assembly President Kutesa summarized. 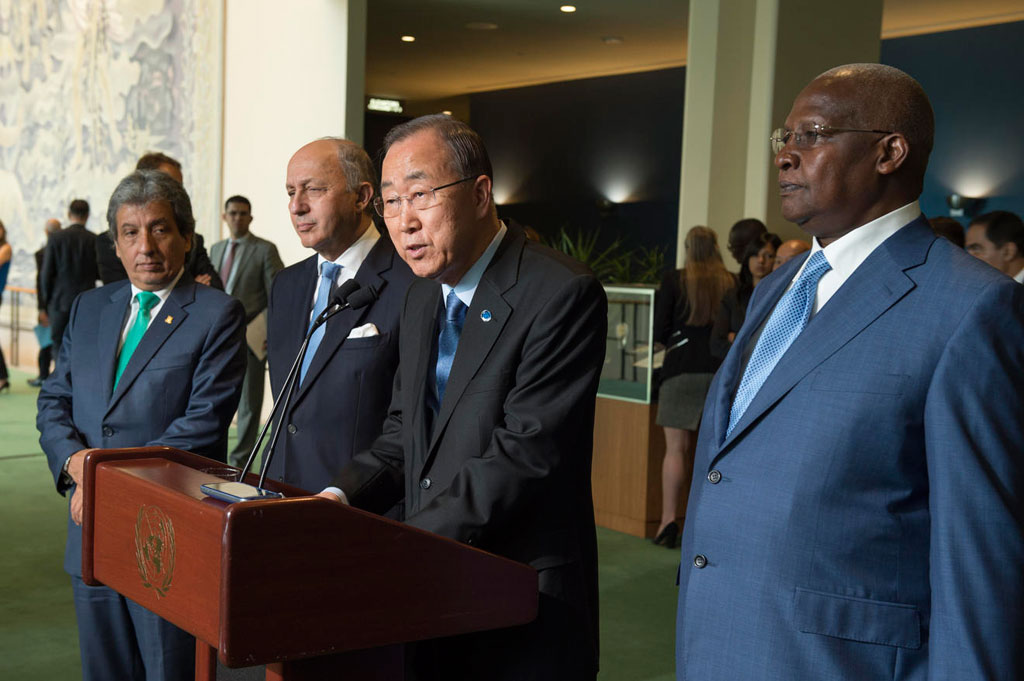 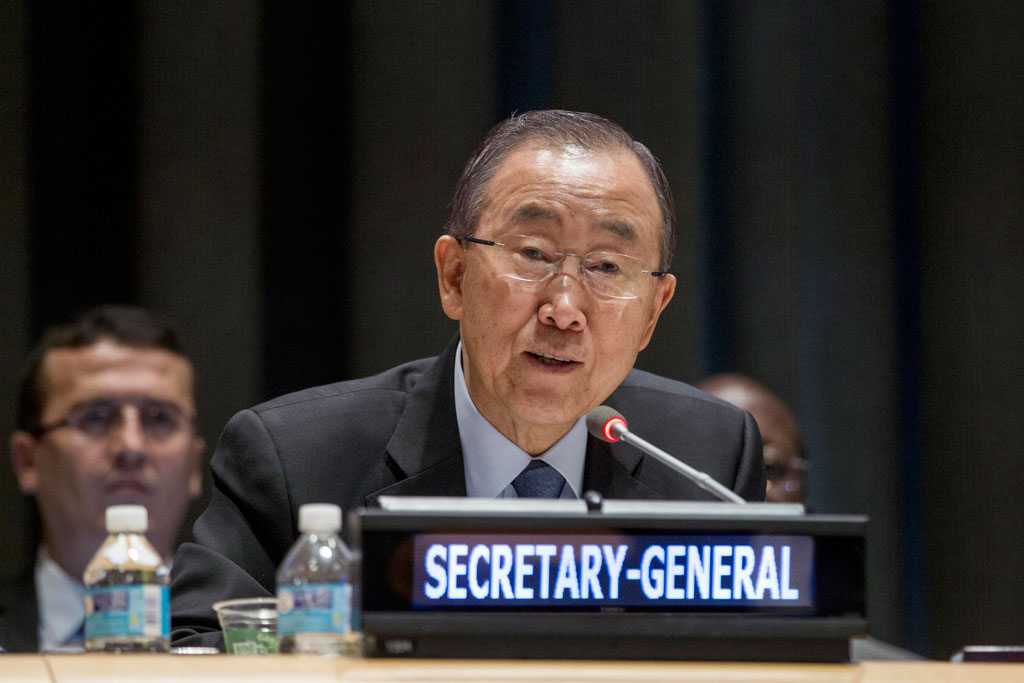 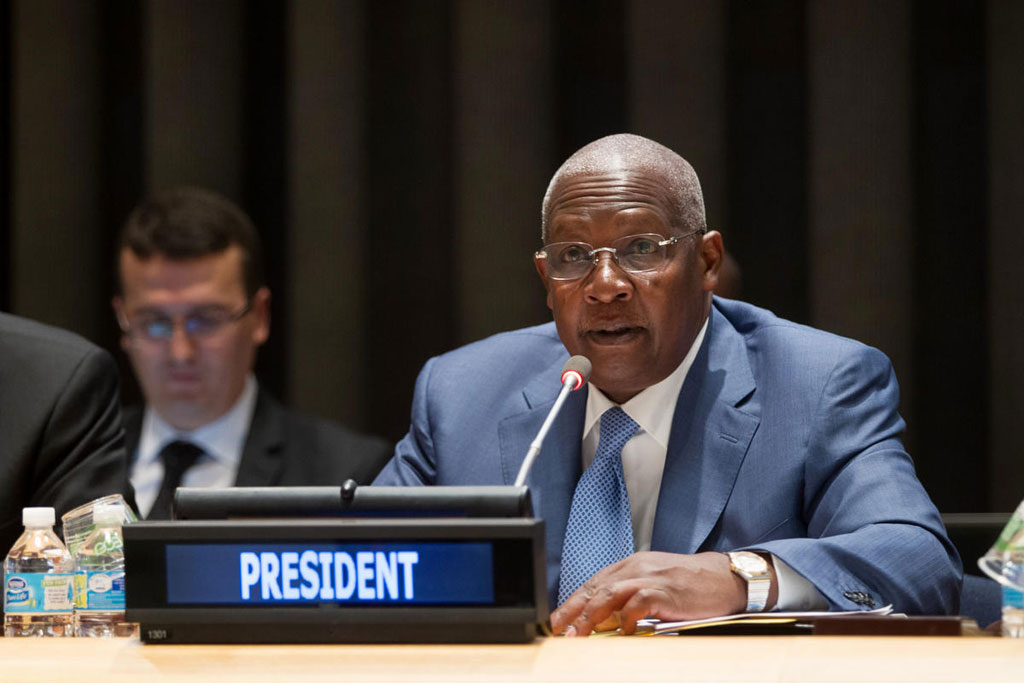 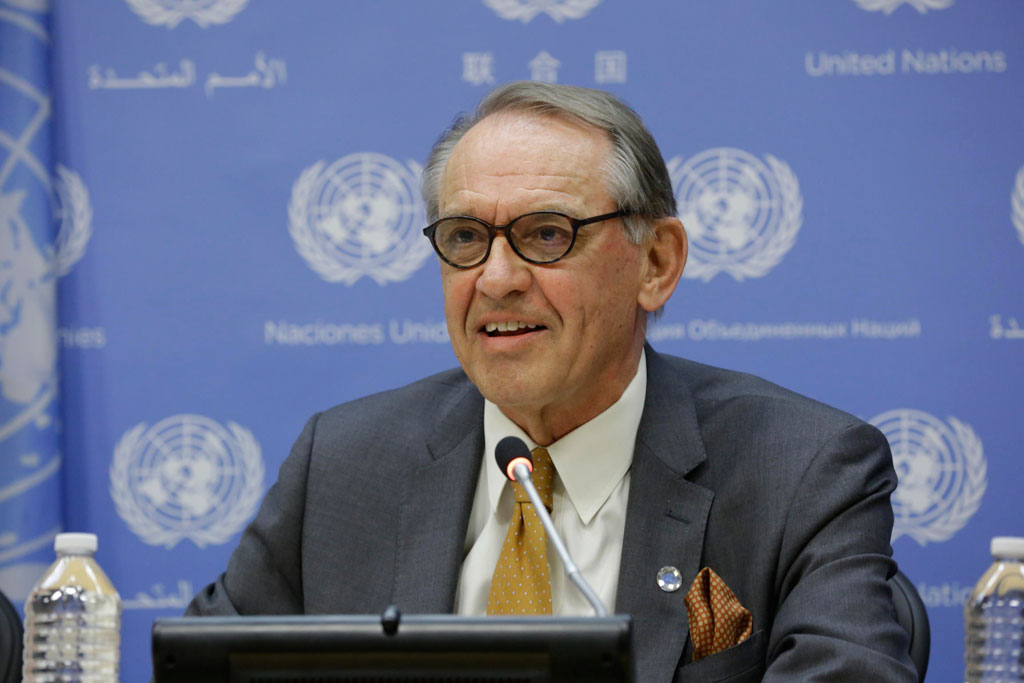 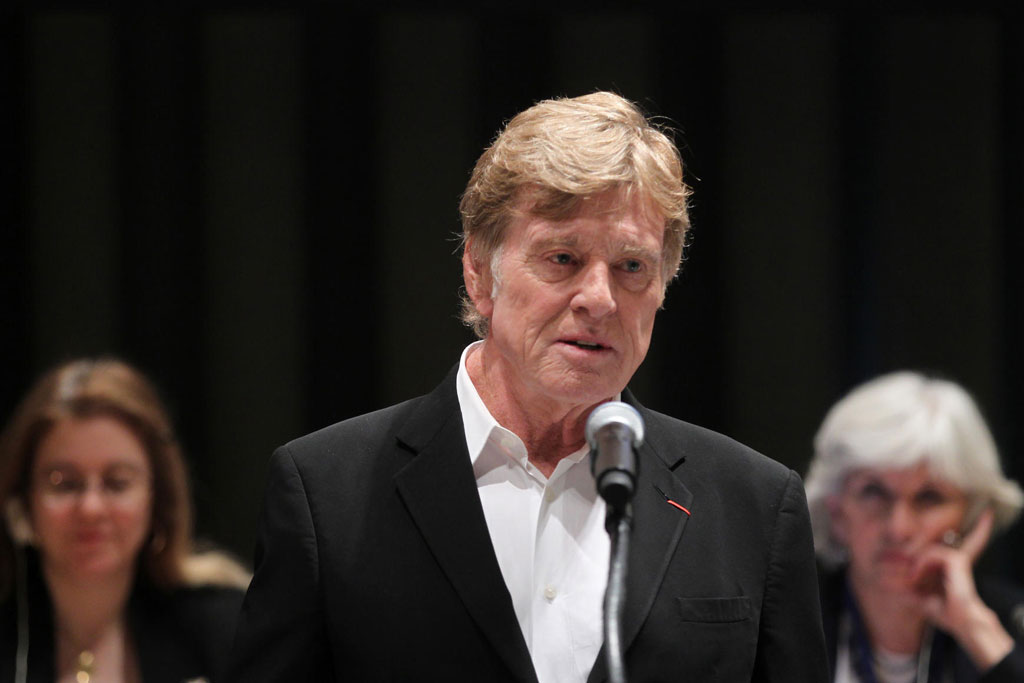 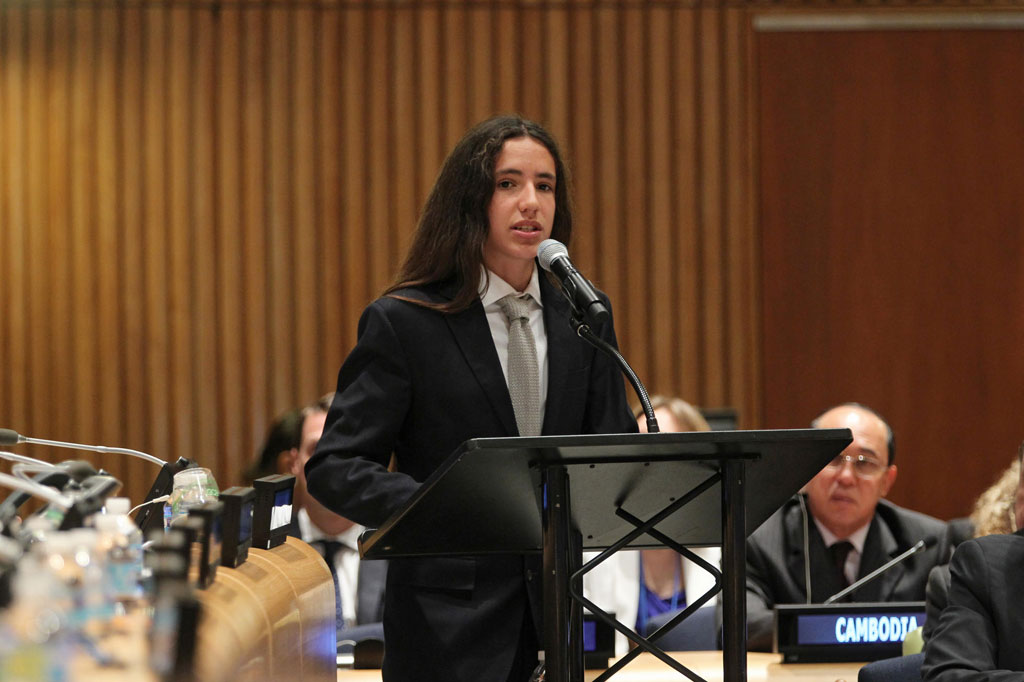 But a climate change agreement in Paris will not be the end point, observed the Secretary-General: “it must be a turning point in how the world collectively responds to the defining challenge of our time,” he stressed.

“Today, we have come together to take stock of what we have pledged, what we have delivered, and what else we must do to ensure that world leaders and their governments adopt an ambitious, universal agreement in December.”

Journey towards bold climate action is therefore at a “critical moment”, he stated.

The Secretary-General welcomed a number of recent achievements, such as the fact that the world's three biggest economies – China, the European Union and the United States – have “placed their bets” on low-carbon, climate-resilient growth, while the two biggest emitters of greenhouse gases announced ambitious climate actions. And other major economies in the G7 and G20 made clear their intention to act, he rejoiced.

“Nevertheless, these pledges cover only a portion of total global emissions. We must seize today's opportunity to make a strong call to all Parties to submit their Intended Nationally Determined Contributions (INDCS), bearing in mind the urgent need for concrete actions by all,” advised the President of the General Assembly.

Another cause for satisfaction, pointed out the Secretary-General, is the dramatic fall in prices of renewable energy sources, which in some places has reached parity with fossil fuels. “The world is now using more renewable electric power each year than it is from coal, natural gas and oil put together,” Member States were told.

Moreover, he went on to say, investors and insurers are starting to integrate climate risk into their decision-making, while citizens, civil society and faith leaders, most recently Pope Francis, are pushing for action.

However, the pace of the UNFCCC negotiations is far too slow, said Mr. Ban, underscoring that the key political issues are still on the table. “With only ten negotiating days remaining before Paris, governments must accelerate their efforts.”

That recommendation was echoed by the President of the General Assembly, who emphasized how much negotiations launched earlier this month in Bonn must make “substantive progress.”

Highlighting what a “meaningful” agreement in Paris should include, the Secretary-General said that first, it “must” provide a strong signal to governments and markets that the world is committed to building a low-carbon future, “and that there is no going back.”

“Second, an agreement must be durable so that it provides the private sector with the predictability and policy frameworks it needs to invest in clean energy and climate-resilient approaches.”

Third, Mr. Ban continued, it must be flexible so that it can incentivize and incorporate more ambitious, “science-based nationally determined targets over time.” While urging countries that did not submit yet their INDCs to do so as soon as possible, he reminded delegations that these targets “will not be sufficient to place us on a less-than-2-degree pathway.”

“An agreement must therefore enable countries to regularly review progress towards this goal, and encourage more ambitious, nationally determined targets to meet it.”

Such agreement must also uphold the principle of equity, support the adaptation needs of developing countries, and demonstrate solidarity with the poorest and most vulnerable countries through a focused package of assistance. Finally, “it must have clear mechanisms for measuring, monitoring and reporting progress on a full range of actions.”

Noting that credible climate financing is essential, the Secretary-General urged developed countries to provide a politically credible trajectory for “mobilizing $100 billion per year by 2020” to support developing countries in curbing emissions and strengthening their resilience.

“It is also important to ensure that effective platforms for developing and sharing technologies and innovative research are enhanced”, added the Assembly President in his remarks. “Barriers” to the transfer of green technologies, including intellectual property protection issues, need to be urgently addressed, he said.

“I will proactively engage with leaders from both the global north and south to make sure this goal is met and is considered credible by all,” the Secretary-General assured. “I pledge to you that I will spare no effort to ensure that the world leaders who are responsible for an ambitious agreement in Paris – and the financing needed to implement it – are directly engaged.”

Echoing Mr. Ban's sense of urgency during a high-level panel held in the afternoon, Oscar-winner and renowned climate activist Robert Redford warned that for the international community “the time for half measures and climate denial is over.”

“We see the effects all around us – from drought and famine in Africa, and heat waves in South Asia, to wildfires across North America, devastating hurricanes and crippling floods here in New York,” the actor told those gathered. “We must be a movement that includes every single nation on Earth, because climate change affects every nation on Earth.” 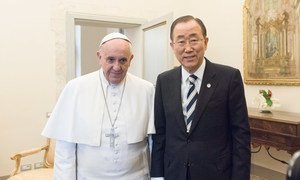 United Nations Secretary-General Ban Ki-moon today welcomed the release of Pope Francis’ Papal Encyclical in which the leader of the Catholic Church deplored climate change as one of the principal challenges facing humanity and called for a ‘new dialogue’ about shaping the future of our planet.