UN Photo/Marie Frechon (file)
Victims of sexual violence at a shelter in Goma, Democratic Republic of the Congo.
23 June 2015

Secretary-General Ban Ki-moon has welcomed the United Nations General Assembly’s decision to establish 19 June as the International Day for the Elimination of Sexual Violence in Conflict, a spokesperson for the Organization announced today.

In a statement issued today, the UN spokesperson’s office said the Secretary-General commended Member States in passing the resolution “for the increasing priority given to conflict related sexual violence.”

“The international community must not rest until all violence against women and girls is eliminated, and women’s full political and economic participation worldwide is ensured,” the statement continued. “These are critical for upholding human rights, as well as achieving sustainable development and peace.”

The International Day – which was established by a consensus resolution adopted in the Assembly last week, will now be observed annually – will aim to raise awareness of the need to end conflict-related sexual violence and urge the international community to stand in solidarity with the survivors of sexual violence around the world – two of the Secretary-General’s priorities, according to his spokesperson.

The new initiative, moreover, comes amid an uptick in reports from areas controlled by militant groups aligned with the Islamic State of Iraq and the Levant (ISIL) of brutal acts of sexual violence against women and girls. Just last year, ISIL affiliate Boko Haram abducted some 276 girls their school in Chibok, located in Nigeria’s restive north-eastern Borno state, as the militant group ramped up brutal attacks targeting the African country’s children.

The date 19 June commemorates the breakthrough adoption in 2008 of UN Security Council resolution 1820, which recognized sexual violence as a tactic of war and a threat to global peace and security, requiring an operational security, justice and service response. It further recognized that rape and other forms of sexual violence can constitute war crimes, crimes against humanity and/or constitutive acts of genocide. 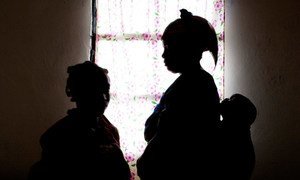 In an effort to boost the global fight against the horrors faced by women and girls in zones of conflict worldwide, the United Nations General Assembly today approved by consensus a new resolution to commemorate 19 June as the International Day for the Elimination of Sexual Violence in Conflict.