A new UN office to work on the human rights situation in the Democratic People's Republic of Korea (DPRK) has been opened yesterday in Seoul by the United Nations High Commissioner Zeid Ra'ad Al Hussein.

A new UN office to work on the human rights situation in the Democratic People's Republic of Korea (DPRK) was opened today in Seoul by the United Nations High Commissioner Zeid Ra'ad Al Hussein.

“Less than 50 miles from here lies another world marked by the utmost repression and deprivation. Tens of thousands of Korean people have escaped that reality, and through hazardous means, reached a new life in the Republic of Korea. But millions remain trapped in the grip of a totalitarian system which not only denies their freedom, but increasingly their basic survival needs,” said Mr. Zeid, while on a three-day official visit to South Korea.

The decision to open an office has been made in accordance with one of the recommendations of the ground-breaking February 2014 report of the independent international Commission of Inquiry on human rights in DPRK.

Positioned at the hub for information, analysis and networking in DPRK, the new field office in Seoul promises to take the response of the UN human rights system to a new level, he said. “The Seoul office will monitor and document [violations] in the DPRK, building on the landmark work of the Commission of Inquiry and Special Rapporteur. We firmly believe this will help lay the basis for future accountability.”

During his visit to Seoul, the High Commissioner is also scheduled to meet President Park Geun-hye, as well as a number of high-level Government and State officials and the Chairperson of the National Human Rights Commission. He will also meet civil society organisations to discuss the human rights situation in DPRK, as well as in South Korea. 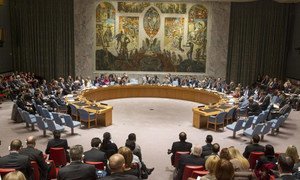 Despite a grim litany of human rights abuses committed against its own people and ongoing provocations to global peace and security, the Democratic People’s Republic of Korea (DPRK) has shown signs of compliance with human rights mechanisms prompting hopes that the Asian nation may one day yield to the call for full accountability and reform, two senior United Nations officials stated today.