UNHCR/D. Nahr
Gowre, one of more than 7,000 internally displaced Yazidis living in an unfinished apartment block in a housing estate in Dohuk, nothern Iraq.
18 June 2015
Women

“He has a slave girl, he goes and sells her to another man, and he gets enough money for a pack of cigarettes. That’s it. She is the value of a pack of cigarettes,” said Zainab Bangura, the Secretary-General’s Special Representative on Sexual Violence in Conflict.

This is the story of countless Yazidi women living in Iraq who have been sold into slavery by the Islamic State of Iraq and the Levant (ISIL) and other terrorist groups, which are using sexual violence as a central aspect of their ideology.

Ms. Bangura recalled these and other stories after she returned from a mission to the Middle East in April during which she met with women and girls who survived sexual violence.

“I was heartbroken,” stated the United Nations official. “I listened to girls who have tried to commit suicide, girls who tried to jump out of windows, run away, and girls whose family had to pay ransom. I think these stories actually shocked me.”

Ms. Bangura’s visit took her to Syria, Iraq, Turkey, Lebanon and Jordan. In Syria, one in three women is at risk of gender-based violence. The five-year crisis there has given rise to completely new patterns of child and forced marriage to fighters and sexual slavery. Sexual violence is increasingly being used as a weapon of war.

According to a report submitted earlier this year, the ideological opposition of extremist groups to the education of girls has placed them at heightened risk of abuse. Other trends include the use of sexual violence as a form of persecution to forcibly displace populations as well as the vulnerability of displaced and refugee women and girls to sexual abuse.

They know that someone knows their story, and someone is listening to them. That gives them the inspiration to fight back, stand up and pick up the pieces of their life.

From information Ms. Bangura received during her visit, and from reports that came in, ISIL allegedly issued a “regulation” setting out the prices to be paid for Yazidi and Christian women and girls, the amounts varying according to age. The promise of sexual access to women and girls has been used in ISIL propaganda materials as part of its recruitment strategy and an estimated 1,500 civilians may have been forced into sexual slavery.

The purpose of her trip was to hear the personal stories of women who have lived through the ordeal, the stories that the world hears time and time again and has even become numb to, but not Ms. Bangura.

“What I heard was just unbelievable, shocking,” she said. “The most difficult moment was actually in Jordan, where I was told about a girl who, for the last four years, had been married 22 times. She is 21 years old, and every time this marriage is arranged, they had to do a surgical operation to her, to be able to rebuild her virginity so that she can become a virgin for her next marriage. Twenty-one-year-old girl, married off 22 times, stitched 22 times just so that somebody can make money on her.” 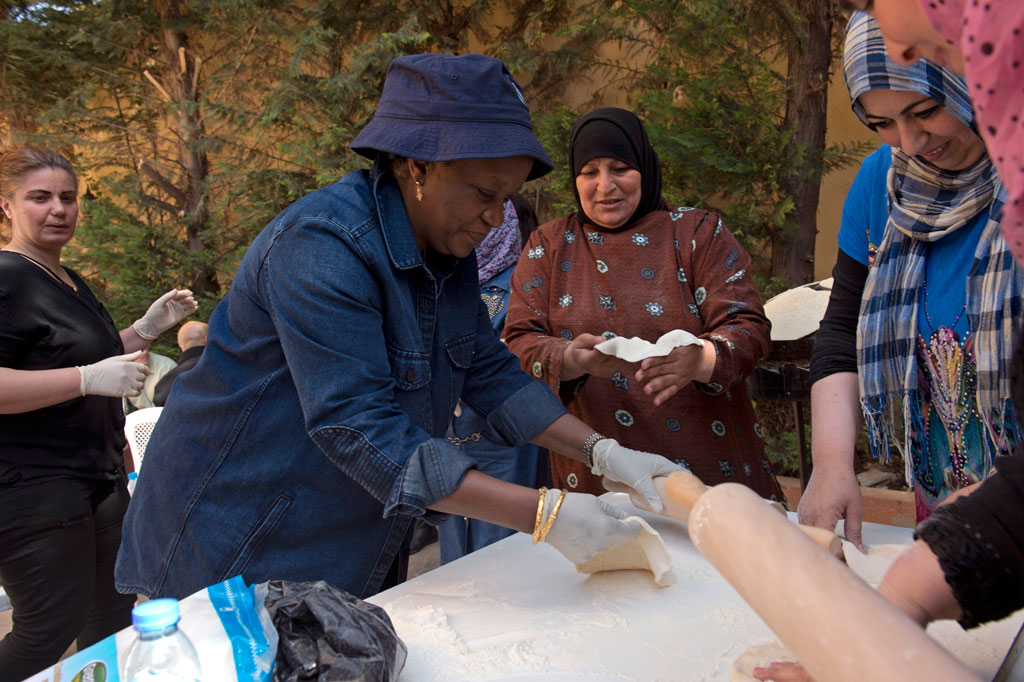 Ms. Bangura with women in Lebanon, which is hosting over one million refugees. Photo: Pasqual Gorriz/UNIFIL

On an upbeat note, in February 2014, Iraq became the first nation in the Arab world to adopt a national action plan for the implementation of Security Council resolution 1325 (2000) that includes elements addressing sexual violence. National authorities have been asked to join hands in preventing impunity.

Ms. Bangura, who herself grew up a refugee in Burundi, said she wanted to bring hope to the women and girls she met.

“I tell them my own story, and I tell them how I came out very strongly, and I give them insights of other women I’ve visited around the world and they are doing extremely well. So it’s hope. You can’t give them something immediately but you can give them that sense of hope.”

“They know that someone knows their story, and someone is listening to them,” Ms. Bangura added. “That gives them the inspiration to fight back, stand up and pick up the pieces of their life.”

Education, she stressed, is the “golden key” and the best asset that a child can have. 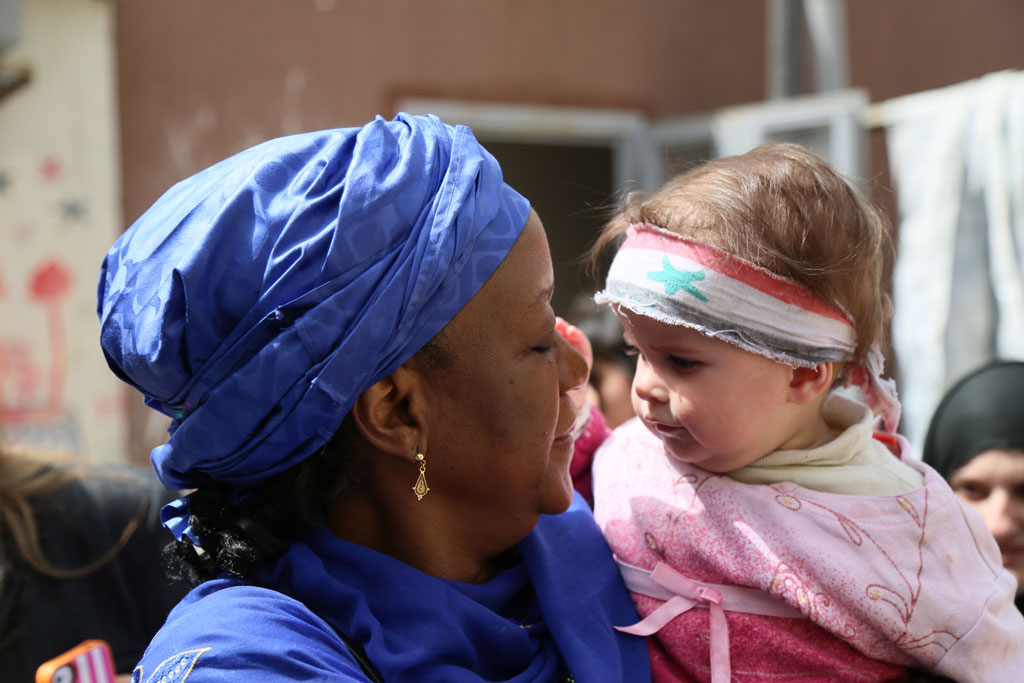 “Both of my parents were illiterate… and look at what I am today. I never thought I would be in this position, but because of education, and the resilience of my mother and the support, I became the Minister of Foreign Affairs in my country and now I am at a global stage.”

“These are people who believe the world is against them, so you are standing with them and saying ‘you know you could be like me but you just need to take one step, and that step is go to school, get an education, concentrate on it, and you’ll come out a winner.’”

People need to know that these women and girls are alive, that their stories are real and that they need help.

But tangible changes are still needed. Since her return from the Middle East, Ms. Bangura has presented her case to the Security Council as well as other UN colleagues.

“Sometimes people have tears in their eyes and people are so shocked. I don’t really believe people have a lot of knowledge of what is happening because we try to be politically correct.

“We try to be civilized, we don’t say certain words, you know, we try to cushion the words. But I say it like it is and I really hope that it is going to galvanize a lot of people to understand things for what they are. 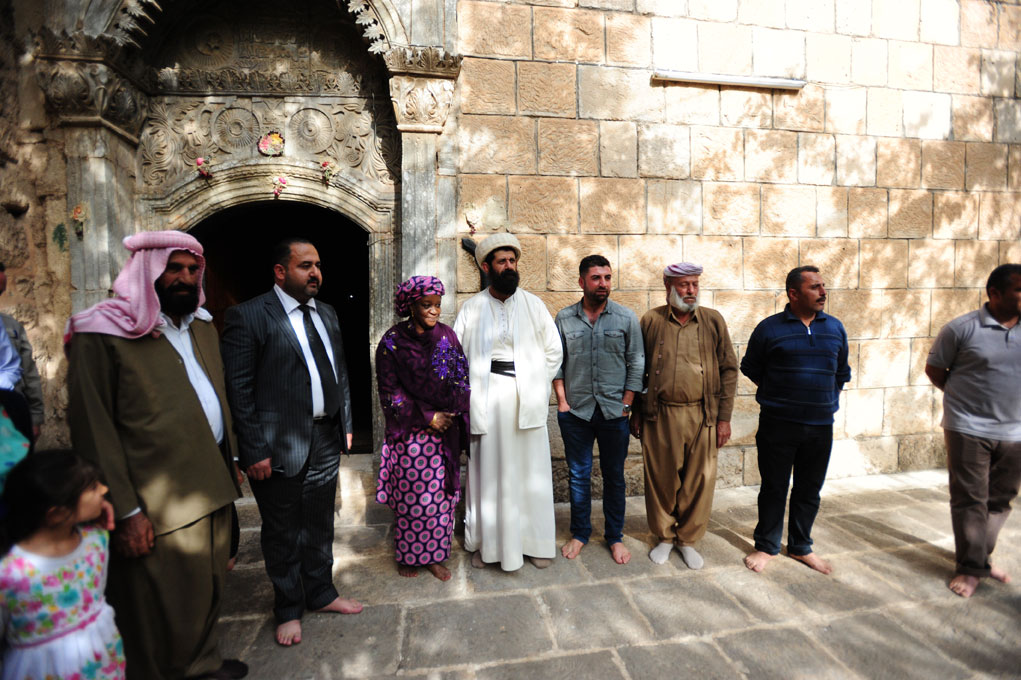 “I’ll be their voice,” the envoy added, referring to the women and girls she met. “I’ll bring their stories to the international arena.

“People need to know that these women and girls are alive, that their stories are real and that they need help. And I’ll continue to do it and make sure people know how terrorist groups institutionalize sexual violence and the brutalization of women.”

In addition to being a voice for the voiceless, Ms. Bangura advocates for the victims when she confronts parties to conflicts, both State and non-State actors, who have an obligation under international humanitarian law to prevent and punish such crimes.

As the world body’s top official dealing with sexual violence in conflict, she works with UN agencies active in the field that are providing the critical protection and assistance  needed, particularly by the women and girls who are suffering even in the places where they are seeking refuge. 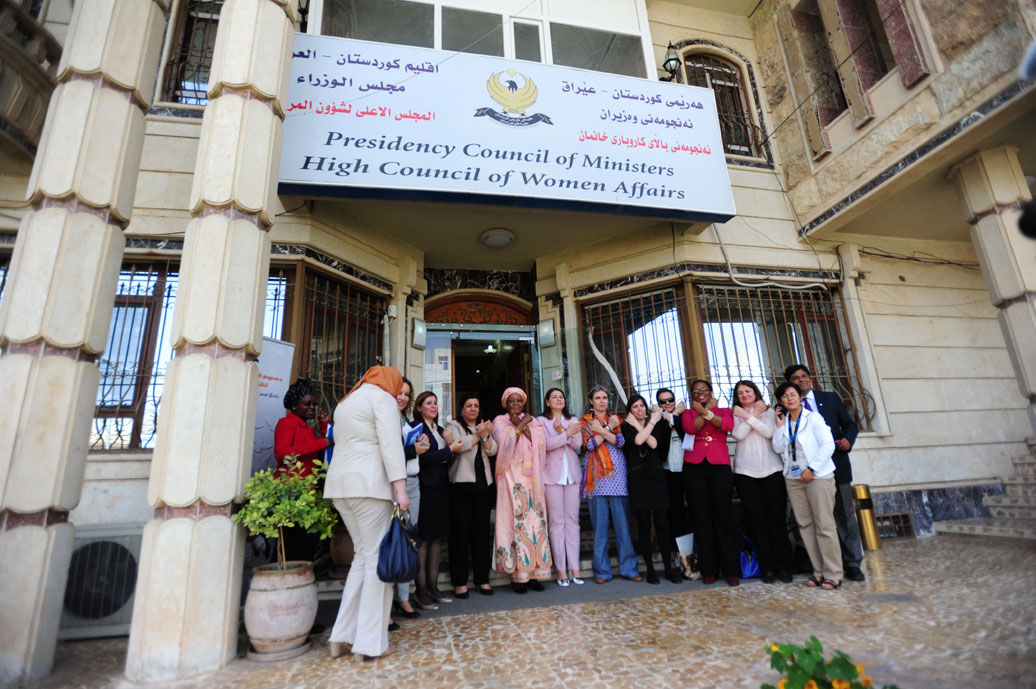 After meeting with displaced women in Iraq and Syria, and refugees who had fled to Jordan, Lebanon and Turkey, she recently told Fareed Zakaria of CNN that “such extreme violence requires political and security responses, but also legal and social response.”

She drew attention to the fact that the provisions of humanitarian appeals dealing with services to sexual violence survivors are perpetually underfunded, and advocated for support to the neighbouring refugee-hosting countries that are under tremendous pressure.

For example, UN staff at the sprawling Zaatari refugee camp in Jordan spoke of the need going forward to expand the cash-for-work assistance programmes – now primarily designed for men – and alternative forms of livelihood for single women and single mothers as a concrete example of the options and mechanisms that should be place.

And as part of her work to assist, the top UN population officer in Jordan is collecting evidence-based information after a surge in requests from young refugee women who want post-abortion care for “unplanned” pregnancies or those related to “unwanted relations.” 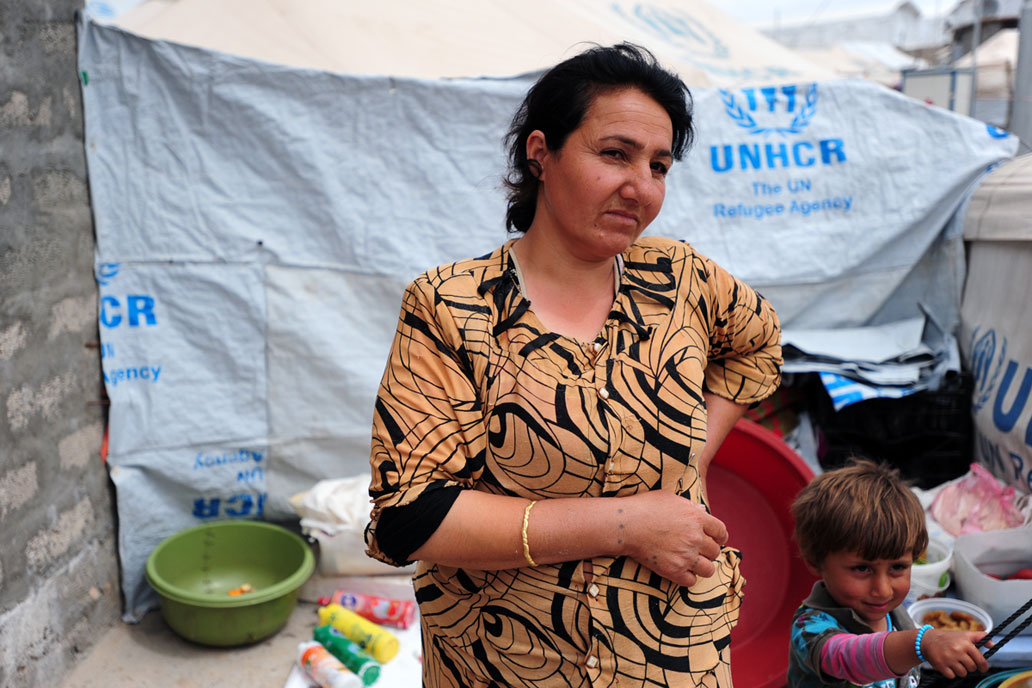 A Yazidi woman and child at the Khanke camp for internally displaced people in Iraq. Photo: Fabienne Vinet/UNAMI

Meanwhile, UN investigator Rabiaa el-Gharani compared the “much higher and horrifying” level of violence in Iraq,  citing the attacks on different villages like the one last August on a large group of Yazidi women, to the more “individual cases” of rape and sexual violence reported in Syria at check-points, detention centres and homes.

But what all victims seem to have in common is a fear of reaction of community and family members and the stigma attached to survivors of sexual violence, which results in “extreme” underreporting, a key challenge that Ms. Bangura heard throughout her trip.

So in order to be able to do what she can as their top advocate, Ms. Bangura urges groups with their eyes and ears on the ground in the field to provide the information and facts about sexual violence that women and girls are being subjected to so that she can use the collected data to confront governments.

“If you don’t look, you don’t see,” she appealed to a group of local NGOs working with refugee women in Turkey. “It is very difficult when a woman has been raped to admit that she has been raped.”

Sexual violence is being committed strategically, in a widespread and systematic manner, and with a high-degree of sophistication by most parties to the conflict in Syria and Iraq, the Special Representative of the United Nations Secretary-General on Sexual Violence in Conflict, Zainab Bangura, said today as she briefed journalists on her “scoping mission” to the region in April.