A United Nations counter-terrorism body is calling for expanding the use of advance passenger information (API) to stem the flow of foreign terrorist fighters, and recommends a number of measures to help overcome the challenges associated with using this important tool.

“Today, we have indications that more than 25,000 people have travelled abroad from more than 100 States to join terrorists groups, including the Islamic State in Iraq and the Levant (ISIL),” said Hassan Baage, Deputy Director of the Assessment and Technical Assistance Office of the UN Counter-Terrorism Committee Executive Directorate (CTED).

“API is an electronic communications system that collects a passenger’s biographical data and basic flight details provided by an airline carrier,” he explained at a press conference at UN Headquarters. The data is generally collected from the passenger’s passport or other government-issued travel document at the time of check-in, and includes details such as a passenger’s name and date of birth.

Last September, the Security Council adopted a resolution calling on Member States to require that airlines operating in their territories provide API to the appropriate national authorities in order to detect the departure, from their territories, of individuals designated by the Al-Qaida Sanctions Committee.

According to a report by CTED, only 51 Member States currently use an API system, despite their potential to interdict foreign fighters and to enhance border and aviation security generally.

Further, only 12 of these 51 countries have interactive API systems that are able to conduct passenger risk assessments in near real-time, “alerting border-control agencies and airline carriers to potential FTFs [foreign terrorist fighters] before they board a flight.”

A number of factors explain the low usage, such as the complexity of the systems and the high degree of technical capacity and skill they require, their costs and the privacy and data-protection-related concerns to the collection and use of API, the reports notes.

With respect to the low usage of API, privacy and data-protection concerns have received the most attention as potential causes, noted Mr. Baage. 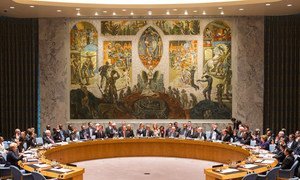