When Joseph Agbor Effim arrived in Mali in early 2014, he was deployed to the northern town of Kidal, which had been the scene of clashes between rebels and Government forces. His mission: to participate in efforts to find a lasting solution to the crisis in the country, and particularly to ensure that the rights of detainees are respected.

Mr. Effim, a 37-year-old from Cameroon, served in Kidal as a Judicial Affairs Officer with the United Nations Multidimensional Integrated Stabilization Mission in Mali (MINUSMA). In a town where the justice system had collapsed, he was responsible for monitoring the treatment of detainees and advocating for their rights to be respected.

“I monitored detainee rights violations and the treatment that was given to detainees in all detention facilities,” he said in a phone interview with the UN News Centre. These facilities include those controlled by the police, the gendarmerie and the rebel groups.

Mr. Effim organized sessions with both State interlocutors and members of various rebel groups to encourage them to rebuild the judicial system and to restore the rule of law. He tried to explain the mandate of MINUSMA and to advocate for the respect of international human rights law.

Asked what motivated him to become a UN Volunteer, Mr. Effim, who has several years of experience in judicial affairs, said he wanted to “put his skills at the service of humanity and contribute to peace and development in the fields of justice, human rights and child protection.”

He noted that the environment in Kidal was not easy to deal with but he felt that he could do something “by talking to the rebels and making them understand that even though people are detained, their rights must be protected.” He also tried to impress upon them ‘good practices’ or acceptable standards in relation to detention.

“I tried to create a cordial relationship with these rebel factions and they accepted me,” he added. 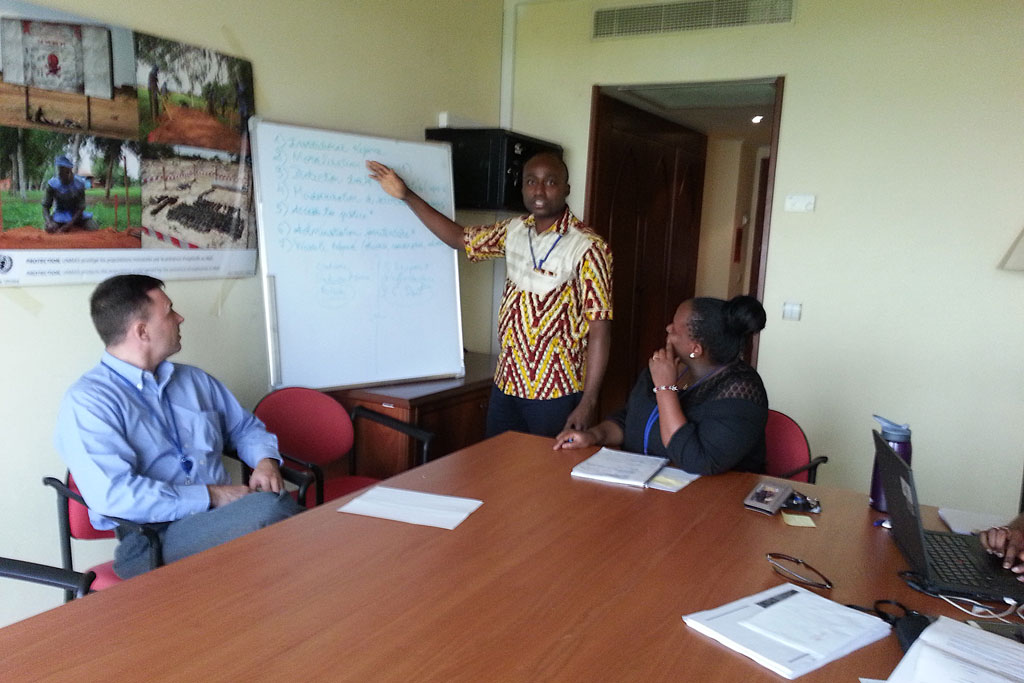 Mr. Effim said he was glad that he could bring his experience “to the service of Mali, a nation that had just emerged from conflict.” He also learned a lot in the position in Kidal which enabled him to “experience the challenges of what it takes to work in the field.”

His stay in Kidal lasted only a few months. In May 2014, following clashes between rebels and Malian armed forces, he was redeployed to the capital, Bamako, to a MINUSMA unit responsible for collecting information and statistics on the rule of law in Mali.

For people who are considering becoming a UN Volunteer, Mr. Effim noted that his experience allowed him to, among other things, meet people from different backgrounds. “You increase your ability to deal with people from various parts of the world. You can learn a new language,” he said.

The United Nations Volunteers (UNV) programme, based in the German city of Bonn, contributes to peace and development through volunteerism worldwide. It is active in around 130 countries every year.

UNV’s recent report – The State of the World’s Volunteerism Report 2015 – highlighted the fact that volunteers are playing a vital role in making governments worldwide more accountable and responsive to their citizens.

Mr. Effim plans to stay at least another year in Mali. Then, if his contract is not renewed, he may return to his country. But no matter what, he will continue to “advocate for the rights of people to be protected.”

New UN orchestra to strike a chord for world peace