UNV archive archive
Piera Zuccherin (second from right) with other UN volunteers during the celebration of World Rural Woman's Day in Ecuador in 2014.

5 June 2015
Nothing in Piera Zuccherin’s comfortable upbringing foretold her lifelong involvement as a volunteer. But today, she is one of the more than one billion people who volunteer globally.

“In Italy, we’re mostly middle class,” Ms. Zuccherin, 41, told the UN News Centre, as she reminisced about her childhood years growing up in a small northern city near Venice.

“The first opportunity to volunteer came when a college friend mentioned an organisation called Amnesty International, which worked on cases of human rights violations,” she said.

It was the beginning of the 1990s, and Ms. Zuccherin, who had just started law school, decided to attend one of the organisation’s meetings. There, she found her calling.

“It just took realizing what was happening outside of my city and in the world for me to decide I wanted to contribute,” recalled Ms. Zuccherin, who soon got involved as a volunteer for Amnesty International.

More than 20 years and many volunteering experiences later, Ms. Zuccherin is now the head of the United Nations Volunteers (UNV) programme in Ecuador, a position she has held since February 2011.

Based in Bonn, Germany, UNV is the UN organization that contributes to peace and development through volunteerism worldwide. It is active in around 130 countries every year. 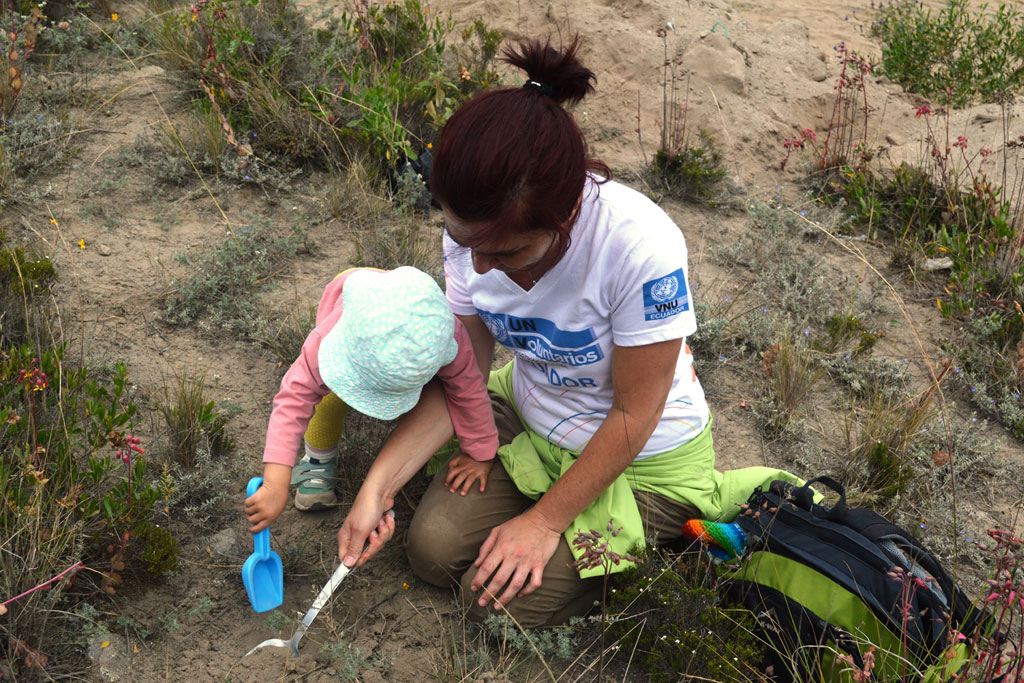 Piera Zuccherin planting a tree during “Siembraton,” a massive planting initiative organised by the Ecuadorian Ministry of the Environment which set the world record for most trees planted simultaneously. Photo: Maria Guerra Beltran/FAO Ecuador

An important part of her work is also to advocate for the implementation of a legal framework on volunteering in her host country.

“Ecuador is one of the few Latin American countries, including one of the few countries worldwide, that does not have laws surrounding volunteerism,” said Ms. Zuccherin.

What it means to be a UN Volunteer

The decision to serve as a UN Volunteer, at home or abroad, is based on a commitment to the United Nations and to the UN’s contribution to peace, development and human rights in support of the Millennium Development Goals (MDGs).

As a UN Volunteer you have the extraordinary opportunity to create beneficial change and have a positive impact on people's lives. Even if your UNV assignment is fairly short, it can have a long-term impact and achieve a ripple effect that extends far beyond the immediate beneficiaries of your efforts. Learn more

For all her contact with Government officials, Ms. Zuccherin is never as thrilled as when she manages to convert volunteerism sceptics.

“What I enjoy the most is to inspire others who were not necessarily sold on the idea in the first place to join and start volunteering,” she said with enthusiasm, adding that the act of volunteering should not be restricted to well-to-do people.

“Everybody can be a volunteer; it’s not something that has to do with your income,” she said. “You simply need some time and to be into a specific problem.”

Ms. Zuccherin also noted that people who want to contribute do not necessarily have to do it with the UN, but can get involved with any kind of organization, at the local or national level.

Oftentimes, the simple fact of convincing a few people creates a snowball effect, she explained, recalling an environmental campaign she led in Ecuador with the UNV programme back in 2012 and 2013. The purpose of the initiative was to gather middle-school children within “ecology clubs” and get them to understand the environmental impact of their actions.

“After that, they came back to their own community and neighbourhood and explained to others why volunteering was important for the environment,” Ms. Zuccherin said, before proudly adding that the concept of “ecology clubs” then became a best practice in relation to anti-poverty targets known as the UN Millennium Development Goals (MDGs). 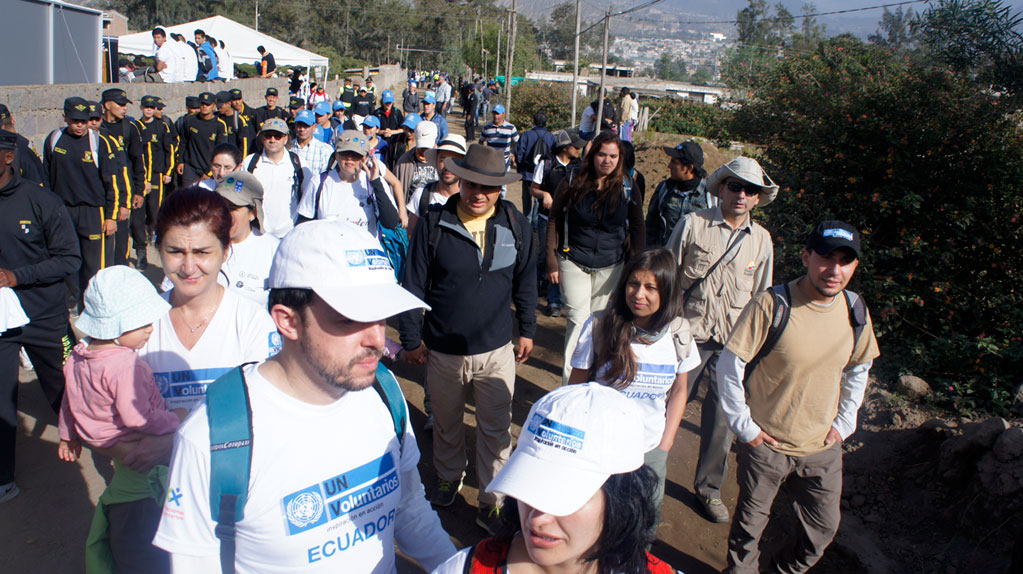 While Ms. Zuccherin is now fully acclimated to the UN system and her host country, she had to go through an adjustment period upon taking office in 2011. When she was first contacted by the UNV Programme for the position in Ecuador, she’d been working for eight years as a volunteer for various non-profit organizations in Mozambique.

“I came directly from Africa to Ecuador, without even making a halt in Italy,” she said, highlighting her quick transition between one of the world’s poorest countries and a middle-income economy. “It was weird for me to find myself in a supermarket with various brands for the same type of product,” she commented about her first days in Ecuador.

Coming from the world of NGOs, Ms. Zuccherin also had to get used to UN formalities and various internal processes, though the fact that she was immediately thrown into the arena helped her, in retrospect, adjust to her new job.

“Within the first month of my arrival, I had to organize a world meeting on volunteerism that Flavia Pansieri [the former head of the UNV programme] was scheduled to attend, so I had to prove myself right away,” she recalled.

Now Ms. Zuccherin is fully immersed into the Ecuadorian reality and has created ties with local authorities. Two weeks ago, she was invited by the Ministry of the Environment along with all of the UNV team of volunteers in Ecuador – 30 people across the country – to participate in a national initiative called “Siembraton,” which involved planting trees in the outskirts of Quito.

“Ecuador beat the world record for most trees planted at the same time and we were a part of it,” she said with excitement.

Reflecting on her passion for volunteerism and what drew her to the area of development following her first involvement with Amnesty International, Ms. Zuccherin explained: “For me, it was a way of feeling less powerless in the face of the great challenges that exist in the realm of development worldwide.”

But it was not until she was first deployed to the field, assisting vulnerable children in Mozambique, that she truly realized the value of volunteer work.

“Then I was able to see how small actions can change people’s lives,” she said. 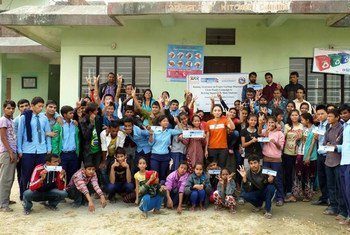 5 December 2014
Volunteers are people who act with a spirit of giving, selflessly serving their communities all the while inspiring others to follow by example, United Nations Secretary General Ban Ki-moon said today as the world body marked International Volunteer Day, and paid special tribute to those who have made a difference.