In Brussels today, where he was addressing the European Parliament, the United Nations Secretary-General today the important role played by the European Union in boosting the UN agenda, particularly on matters of peace, development and human rights.

Within that context, he stressed the importance of addressing the challenge of migration, in the Mediterranean and in Southeast Asia, in his speech to the parliament.

“Too many women, men and children are losing their lives in perilous journeys of escape,” he said. “Half those crossing the Mediterranean are fleeing war or persecution or human rights abuses. They qualify for international protection as refugees.”

Around 1,800 had drowned in the Mediterranean this year already, he said, which was a 20-fold increase on 2014, and he stressed the important role of Europe and the important collective responsibility it has to act.

“Saving lives should be the top priority,” he said. “And while we need to see more effective law enforcement actions against traffickers and smugglers, we also need safer alternatives to dangerous voyages, as well as legal channels such as resettlement, family reunification and work and study visas.”

He described meeting in Ireland several people from Syria, Afghanistan, Myanmar and the Democratic Republic of the Congo who had been successfully re-settled, and he said that more such examples of offering a “helping hand” are needed.

He welcomed the European Commission’s new migration policy and the proposal for the relocation of 40,000 of asylum-seekers, as “a step in the right direction,” and he said the that the UN, the Office of the United Nations High Commissioner for Refugees (UNHCR) and the International Organization for Migration (ION) would continue to work with European leaders to address the crisis in a way that upholds human rights and international law. 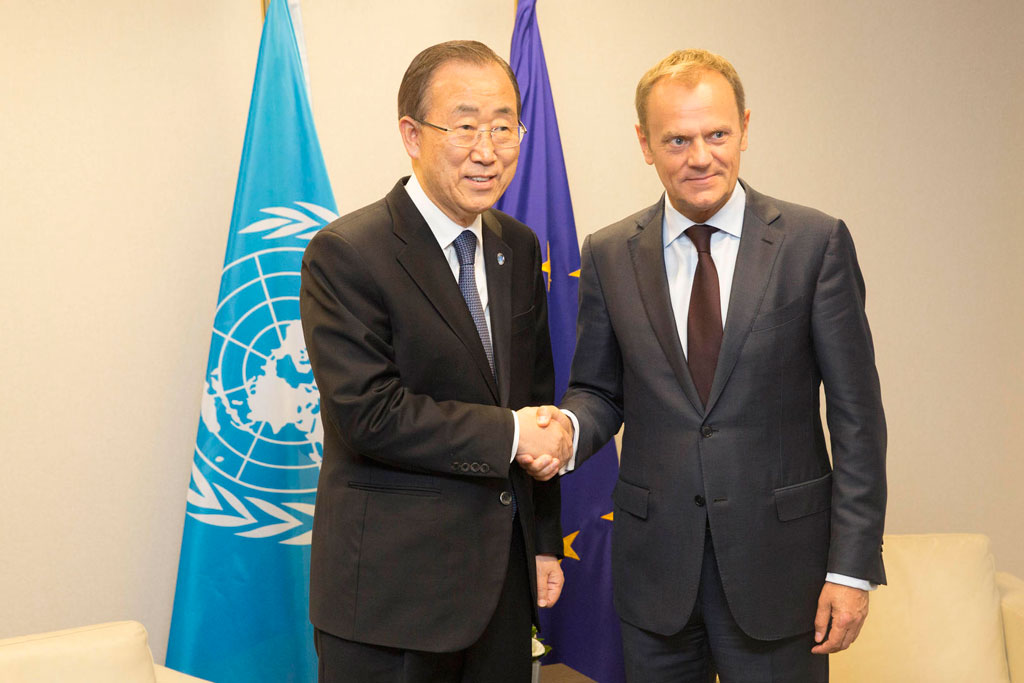 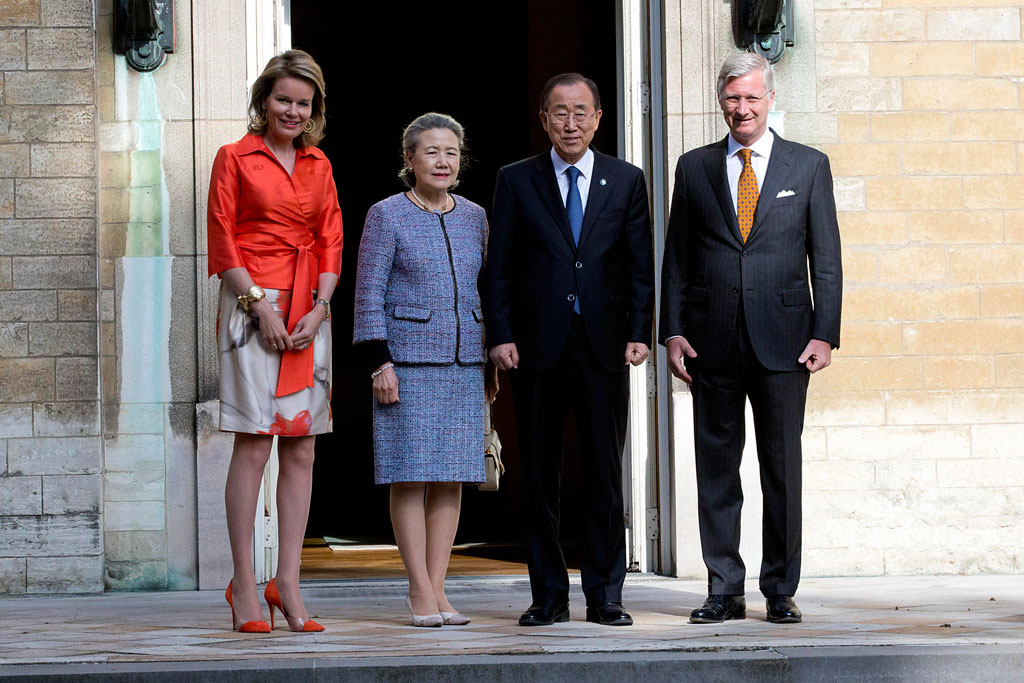 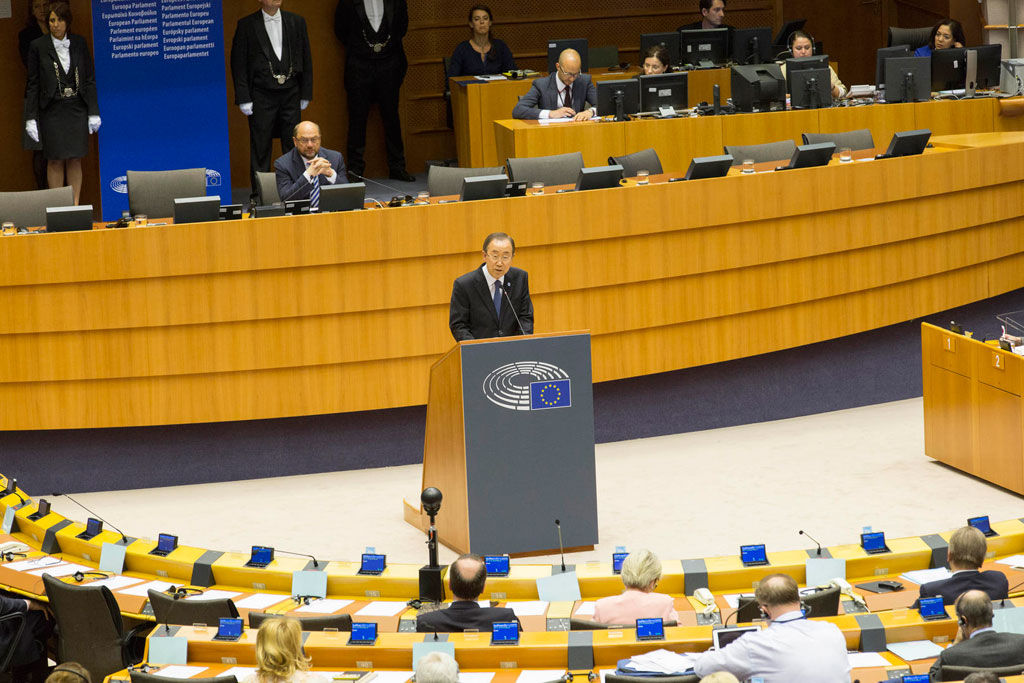 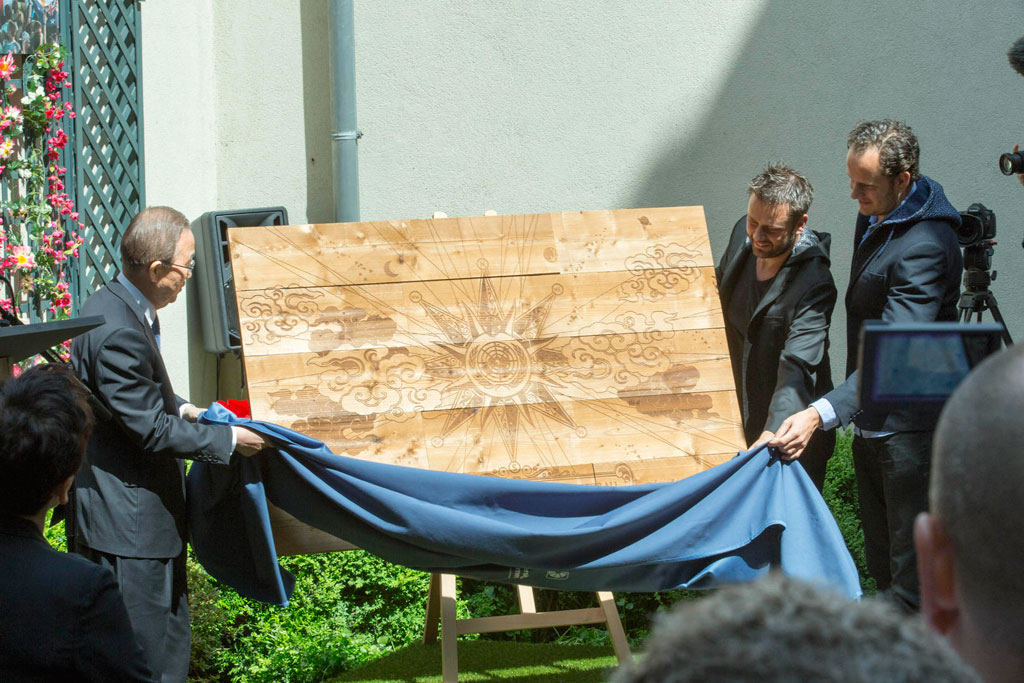 Secretary-General Ban Ki-moon unveils the Reveal ‘Message of Hope’ for the ‘One World Bridge’ of the Tomorrowland Music Festival. UN Photo/Evan Schneider 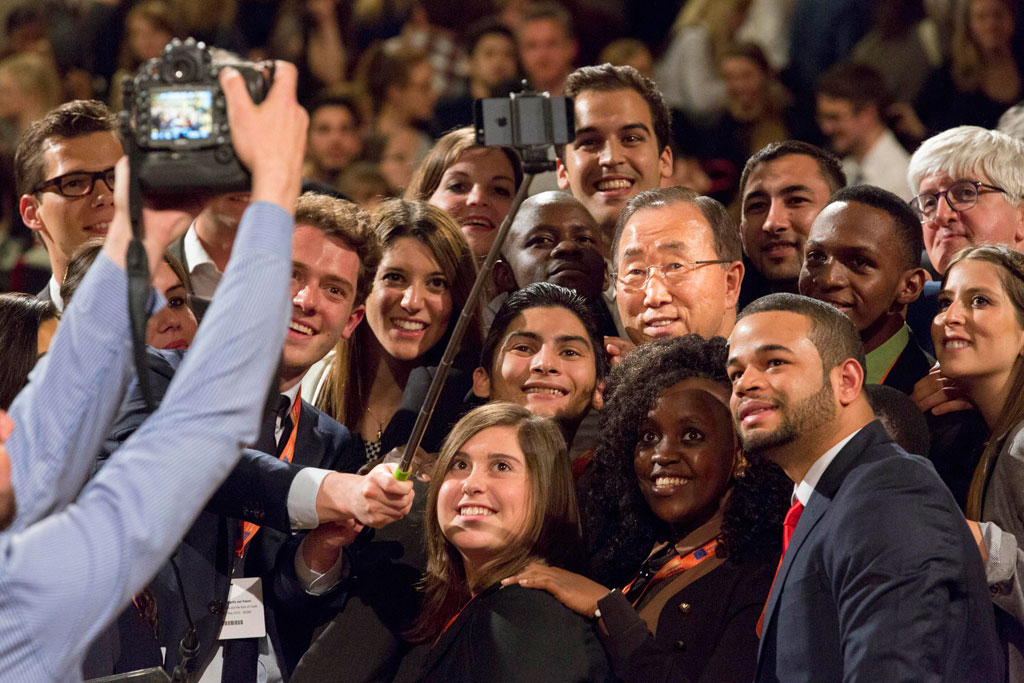 Secretary-General Ban Ki-moon takes part in a selfie at the ‘Our World, Our Dignity, Our Future: The post-2015 Agenda and the Role of Youth’ event. UN Photo/Evan Schneider 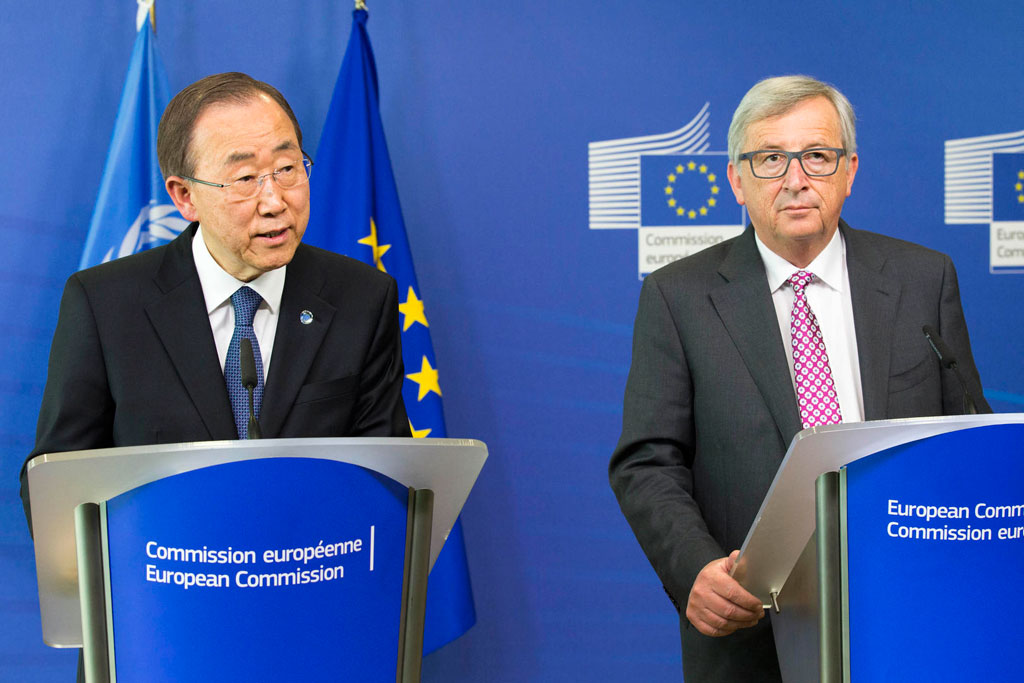 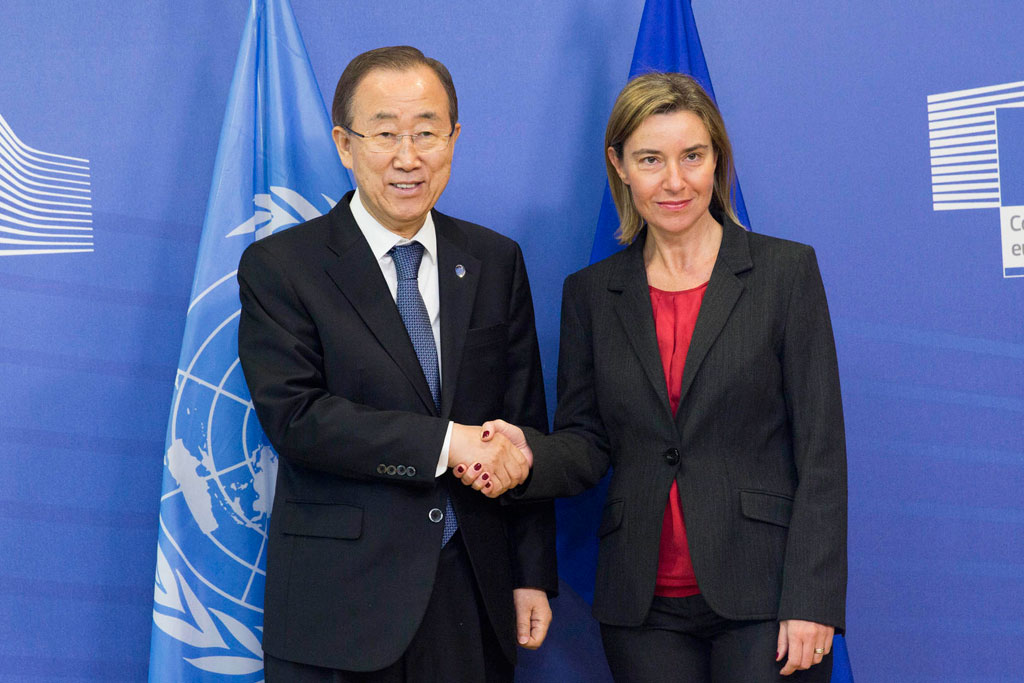 He said the root causes of migration need to be addressed, as does the stigma and discrimination suffered by migrants in countries of destination.

“Europe is experiencing low population growth and demographic transition to an aging population,” he said. “The equation is clear: to meet its workforce deficit and maintain its economic dynamism, Europe needs migrants.”

He also discussed the need to address collectively the threat posed by violent extremism and the challenge of sustainable development, and promised his commitment to working with European institutions on addressing them.

The latter issue had also been on the agenda when Mr. Ban met with Federica Mogherini, High Representative of the European Union for Foreign Affairs and Security Policy and Vice-President of the European Commission. He commended the collective decision by EU Member States to achieve the 0.7 per cent of gross domestic product (GDP) target for official development assistance (ODA), according to a statement by Mr. Ban’s spokesperson.

The statement noted that the EU’s decision comes at a pivotal time ahead of the Financing for Development Conference to be held in July in Addis Ababa and the post-2015 development agenda summit in September in New York.

Mr. Ban praised Europe’s effort on the Iran nuclear negotiations and within the Quartet on the Middle East and the two also discussed issues related to prospects for peace in Ukraine, Yemen and Burundi.

Also today, the Secretary-General attended the site of the Tomorrowland music festival, where he carved a message of peace on behalf of the UN on the One World Bridge, a 600 metre-long structure designed by Belgian artist, Arne Quinze, symbolizing ‘freedom’. Mr. Ban said he hoped the bridge and his message would remind people of the UN’s work.

Last night, Mr. Ban met with Ministers of Development of European Union Member States in Brussels for a working dinner to discuss progress and challenges ahead of the Third International Conference on Financing for Development in Addis Ababa in July and the Summit on Sustainable Development in New York in September.

As well as general agreement that the conference’s outcome had to meet the level of ambition of the Sustainable Development Goals, the Secretary-General applauded the EU’s leadership on climate change, stressing the importance of reaching a meaningful, universal agreement in Paris in December.

The United Nations Children’s Fund (UNICEF) is rushing critical relief supplies to Tanzania’s north-western border with Burundi amid a devastating cholera outbreak affecting tens of thousands of refugees there.