The UN independent expert on the implications for human rights of the environmentally sound management and disposal of hazardous substances and wastes today urged the World Health Organization to “play a much larger, more active role” in protecting people from the negative impacts of toxic pollution.

“Far more effort and resources should be devoted worldwide to protect people from the negative health impacts of toxic pollution,” said Baskut Tuncak, the UN Special Rapporteur on human rights and hazardous substances and wastes.

“WHO can play a much larger, more active role in preventing adverse health effects from pollution,” he said. “A tiny fraction of WHO’s proposed budget for the next two years is for environmental health, despite clear evidence of large-scale harm today and the likelihood of increased harm in the coming years.”

According to a press release, issued by his office, “an estimated 13 million deaths per year and about one quarter of global burden of disease, namely, the impact of health problems, are caused by environmental determinants of health such as pollution of air, water, land and others. Pollution is the leading cause of death in low- and middle-income countries and poor women and children who live and work in the world’s most polluted environments are most affected.”

The Special Rapporteur reminded WHO member States that “nearly all countries have a legal obligation to realize the right of children to the highest attainable standard of health,” saying that environmental pollution has a disproportionate effect on children and the future generations.

“Despite increasing risk of negative health impacts from pollution, and global calls for increased resources, only 2.5 per cent of WHO’s proposed program budget for 2016-2017 is dedicated to ‘Health and Environment’ sub-category,” he said. “The amount of work WHO dedicates to monitoring and preventing harm from toxic pollution is disproportionately low, given the impacts of pollution on human rights.”

UN human rights experts are part of what it is known as the Special Procedures of the Human Rights Council, the general name of the independent fact-finding and monitoring mechanisms that address either specific country situations or thematic issues in all parts of the world. The experts work on a voluntary basis; they are not UN staff and do not receive a salary for their work.

♦ Receive daily updates directly in your inbox - Subscribe here to a topic.
♦ Download the UN News app for your iOS or Android devices.
toxic 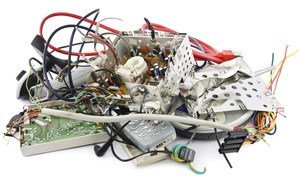 The head of the United Nations body tasked with setting the global environmental agenda today stressed the need to limit the use of dangerous chemicals and to find a solution to the masses of electronic waste building up around the world, as a Conference of Parties to three major Conventions on the subject began in Geneva today.