UN Photo/Catianne Tijerina
The National Forum of Bangui during the presentation of the report on ‘Justice and Reconciliation’ in the capital of the Central African Republic on 9 May 2015.
11 May 2015

Secretary-General Ban Ki-moon has congratulated the people of the Central African Republic (CAR) for the adoption of a peace pact that reflects on their aspirations to put the conflict behind them once and for all and to build a more peaceful and democratic country.

The Bangui National Forum was held from 4 to 11 May 2015 and produced the Republican Pact for Peace, National Reconciliation and Reconstruction at its conclusion today.

In a statement released by Mr. Ban’s spokesman, the Secretary-General commended the Transitional Authorities and the armed groups for the signature of an agreement on the principles for disarmament, demobilization and reintegration. He also called for its swift and full implementation.

“The Bangui Forum is the result of a historic and inclusive process that amplified the voices of local representatives, women, youth, and civil society,” the note said.

The Secretary-General also welcomed the leading role played by women throughout the Forum and encouraged the Transitional Government, with the support of the UN and the international community, to implement the Forum’s recommendations “without delay.” 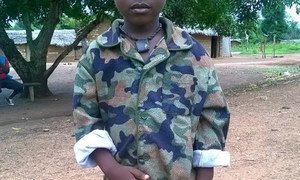