Continuing his travels in Europe to mark the 70th anniversary of the end of the Second World War, Secretary-General Ban Ki-moon joined the people of Ukraine today to honour the millions of soldiers and citizens who fought to defend human dignity against the aggression of Nazism, and also pledged support from the United Nations as Ukraine deals with a protracted conflict in the east.

“As we recall the huge price of victory over fascism, we renew our solemn promise that the sacrifice of the fallen will not be in vain,” Mr. Ban said at a Kiev press encounter for 70th Anniversary of the end of World War II in Europe.

“I am saddened that I come to Ukraine amidst a debilitating conflict in the east, where nearly 7,000 [lives] have been lost, along with so much destruction of your society,” the Secretary-General added, pledging that the UN will continue to stand in solidarity with the people of Ukraine.

The UN chief was joined by Ukraine’s President Petro Poroshenko. Yesterday Mr. Ban was in Poland where he also attended events commemorating the end of the Second World War in Europe. Mr. Ban heads to Russia tomorrow for a weekend of events as well.

“I am here to reaffirm my support for a peaceful resolution of the conflict, in a manner upholding Ukraine’s sovereignty, territorial integrity and independence,” Mr. Ban said.

It is out of the tragedy of World War II that the United Nations emerged as a common resolve of the international community to come together and, as the Charter pledges, to “save succeeding generations from the scourge of war,” the Secretary-General reminded. 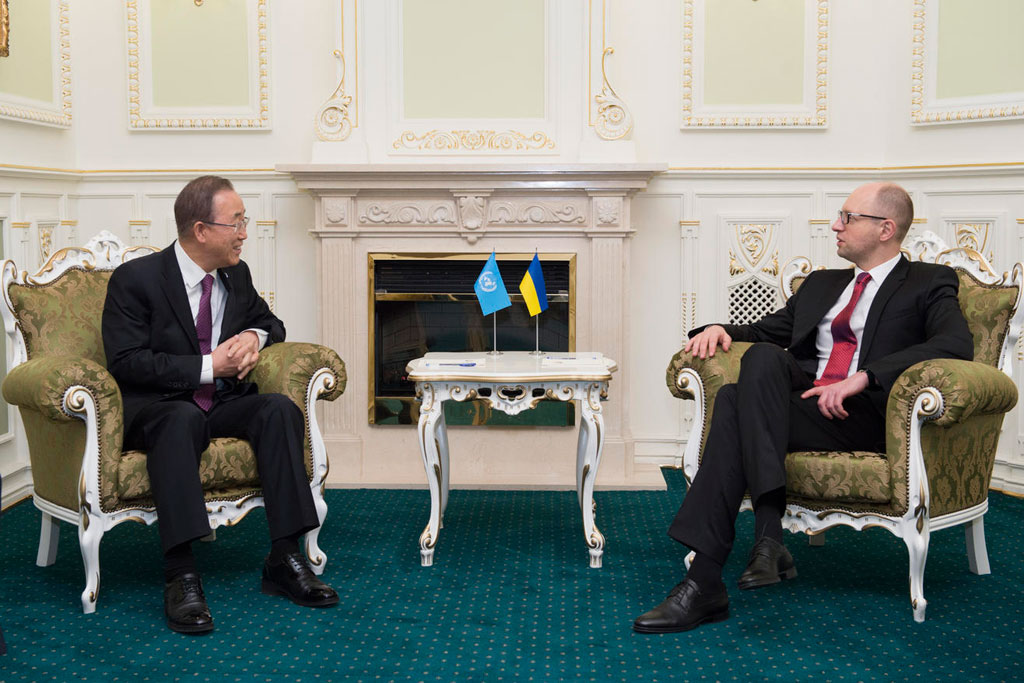 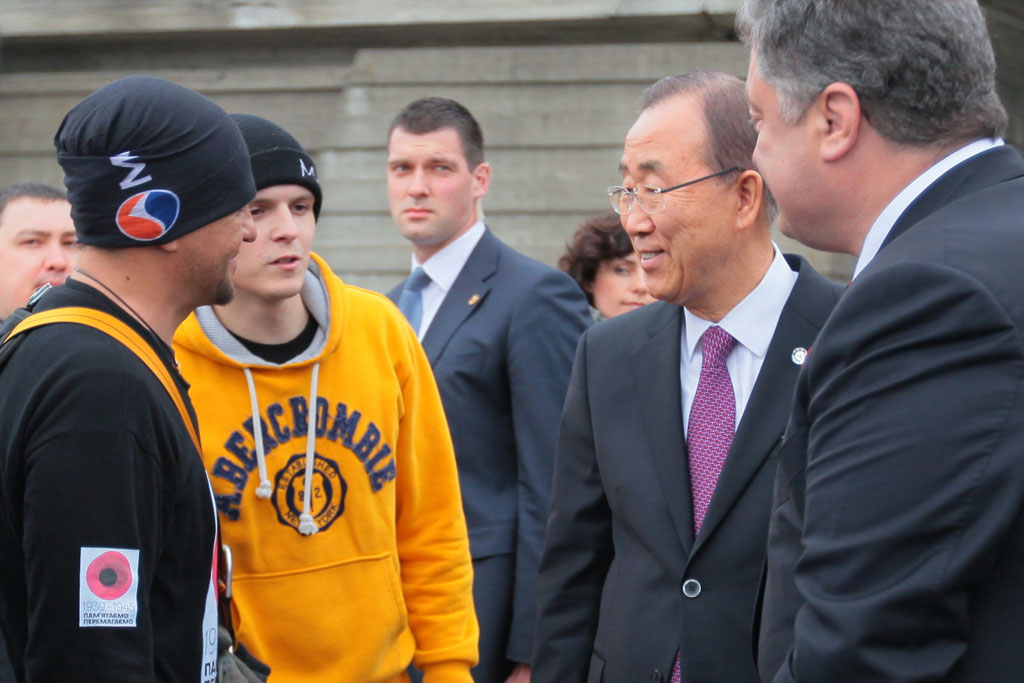 Secretary-General Ban Ki-moon chats with locals on the streets in Kiev. UN Photo 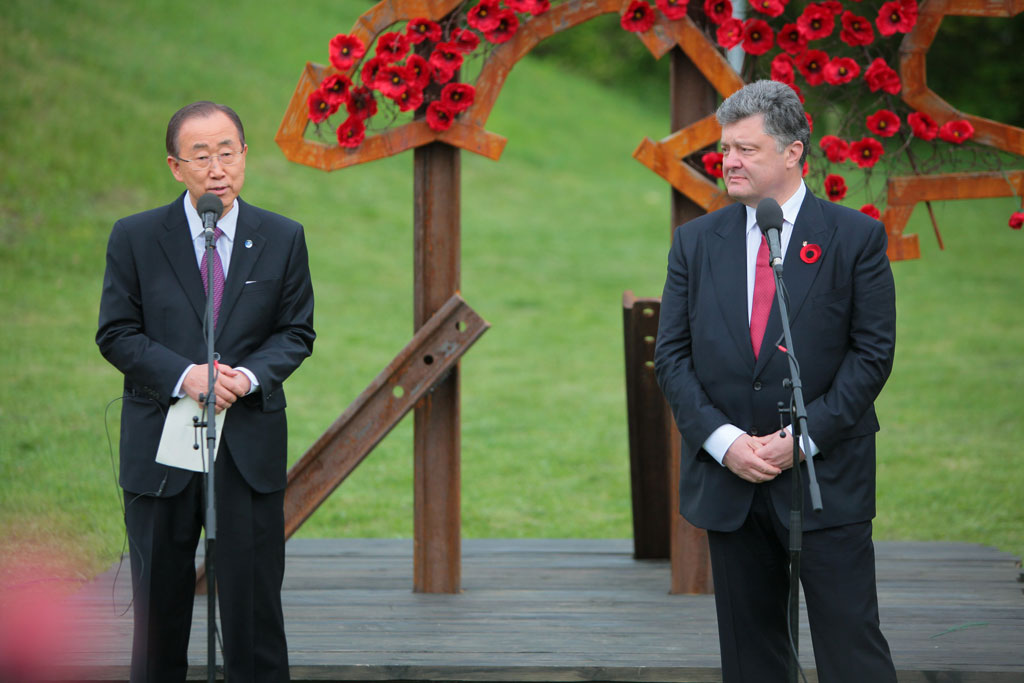 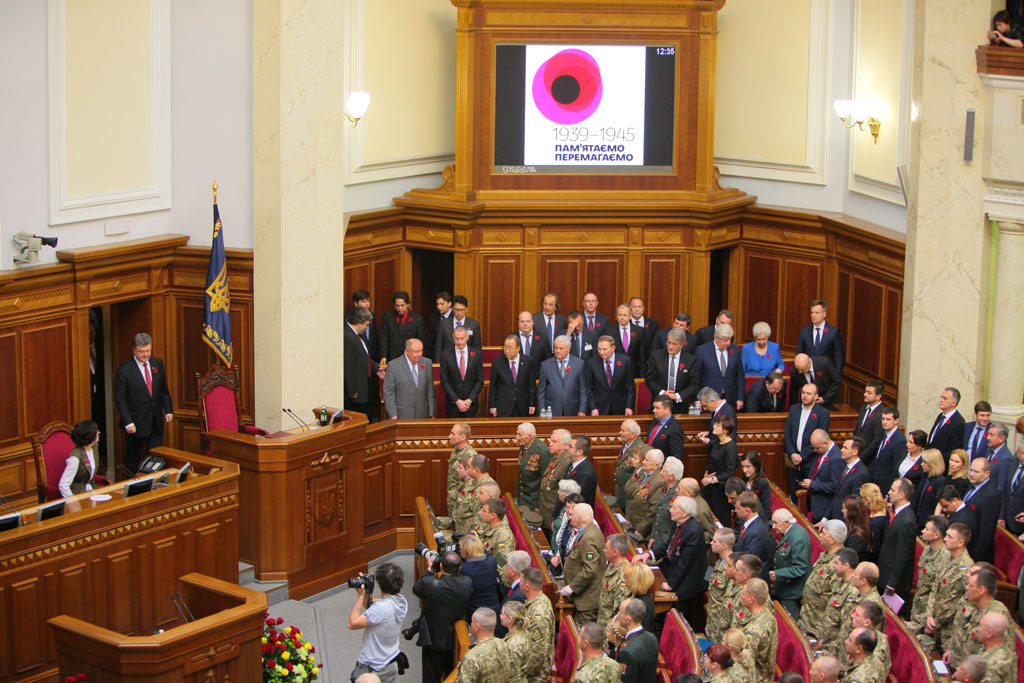 “I know that there had been some setbacks and failures, but the United Nations is the most legitimate organization in the international community to preserve peace, freedom, human dignity, and human rights,” he said.

Mr. Ban also recalled that Ukraine is a founding member of the UN and in its 24 years of independence, the eastern European nation has provided peacekeepers to many places in the world.

Also today, Mr. Ban met with Ukraine’s Prime Minister, Arseniy Yatsenyuk, to discuss the way forward for resolving the conflict based on the Minsk agreements and Ukraine’s sovereignty, independence and territorial integrity.

The Secretary-General and the Prime Minister also discussed the critical reforms currently undertaken by the Government.

Mr. Ban underscored that the UN remains deeply committed to supporting the people and Ukraine in their quest toward a more transparent, inclusive and results-oriented political and democratic culture.

“I am standing with you,” he said.

♦ Receive daily updates directly in your inbox - Subscribe here to a topic.
♦ Download the UN News app for your iOS or Android devices.
UN70|Ukraine

United Nations Secretary-General Ban Ki-moon, in Poland today at an event commemorating the 70th anniversary of the end of the Second World War in Europe, recalled the “tremendous” shared sacrifice and the huge price of victory over fascism, paid by the millions of lost lives.