United Nations Secretary-General Ban Ki-moon, in Poland today at an event commemorating the 70th anniversary of the end of the Second World War in Europe, recalled the “tremendous” shared sacrifice and the huge price of victory over fascism, paid by the millions of lost lives.

“The terrible long years of World War II were a time of unspeakable atrocities, of lost faith and lost humanity,” said Mr. Ban at the ceremony held in the coastal city of Gdansk, where also had meetings with Heads of State including the Presidents of Poland and Ukraine.

“The war took a heavy toll on many countries, including all those represented here, and particularly on their youth,” he added, commending the “collective effort” and bravery that led to victory over evil and the “ultimate triumph” of ideas over tyranny.

In 1945, the United Nations was founded “on the ashes of this calamitous war.” Out of the war emerged a common resolve by the international community to come together and create an organization to foster international peace and security.

“The war shaped our mission and its lessons guide our work,” Mr. Ban emphasized, adding that the key principles of the UN Charter and all modern principles of international law were formulated as direct responses to the war. This includes principles of non-aggression, the peaceful settlement of disputes and respect for human rights.

Today’s commemoration comes at an especially crucial time for Europe as the continent faces a number of challenges that require cooperation, including in dealing with the tragic and destructive conflict in Ukraine and a number of protracted conflicts plaguing the region, Mr. Ban said. 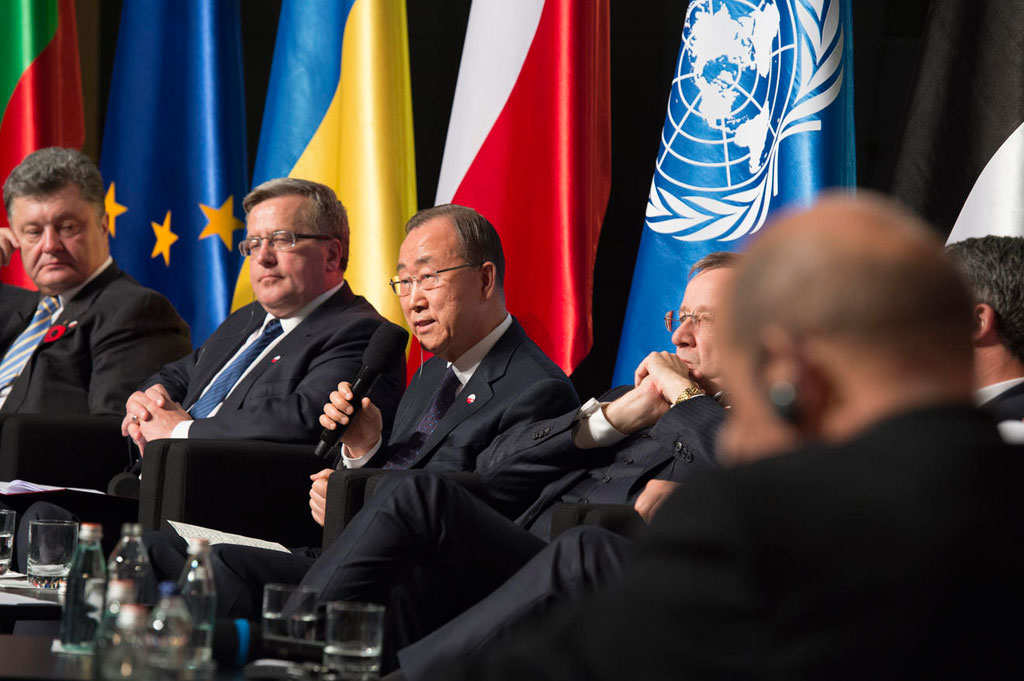 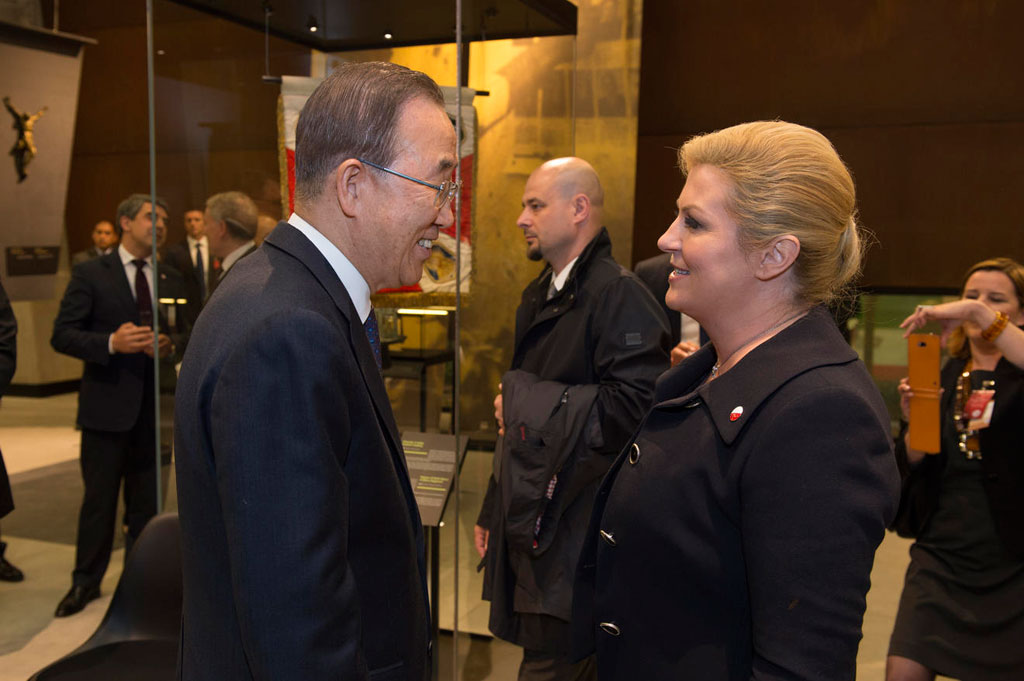 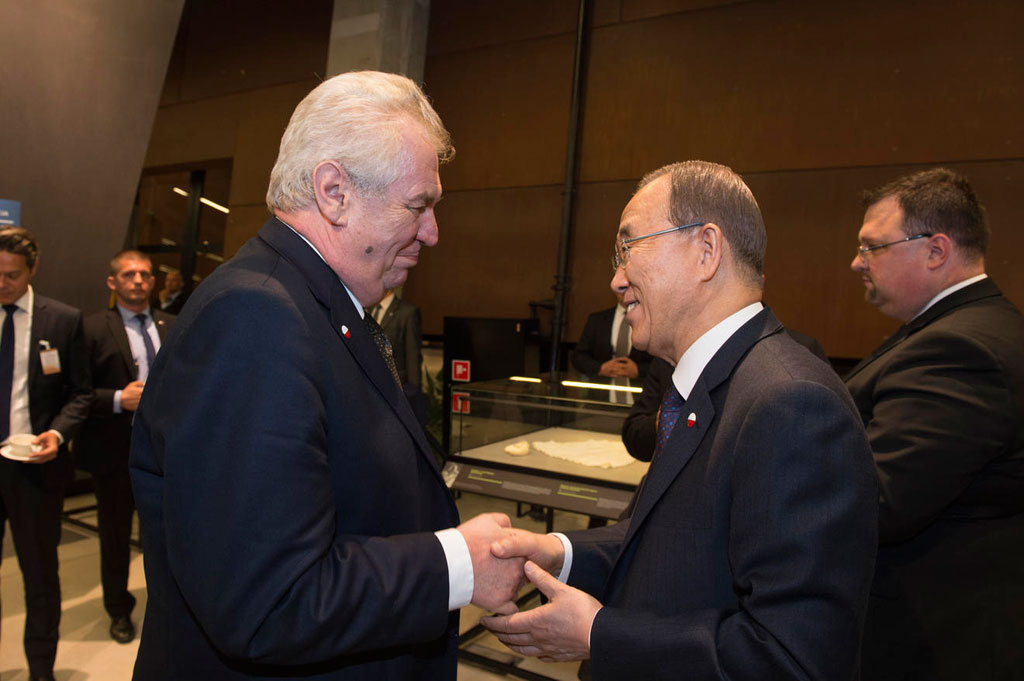 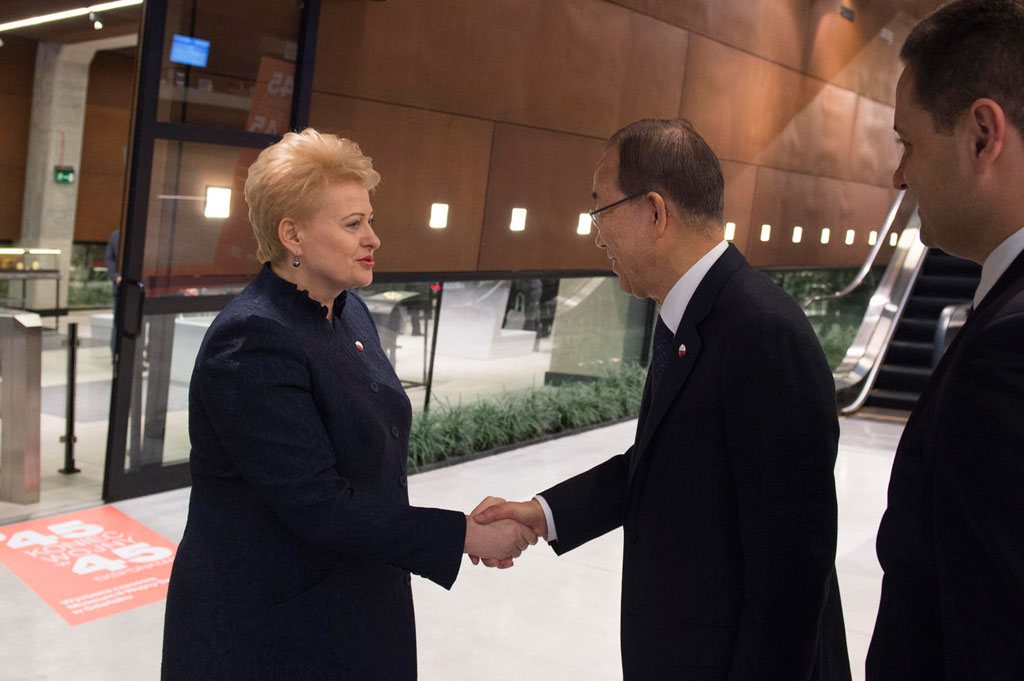 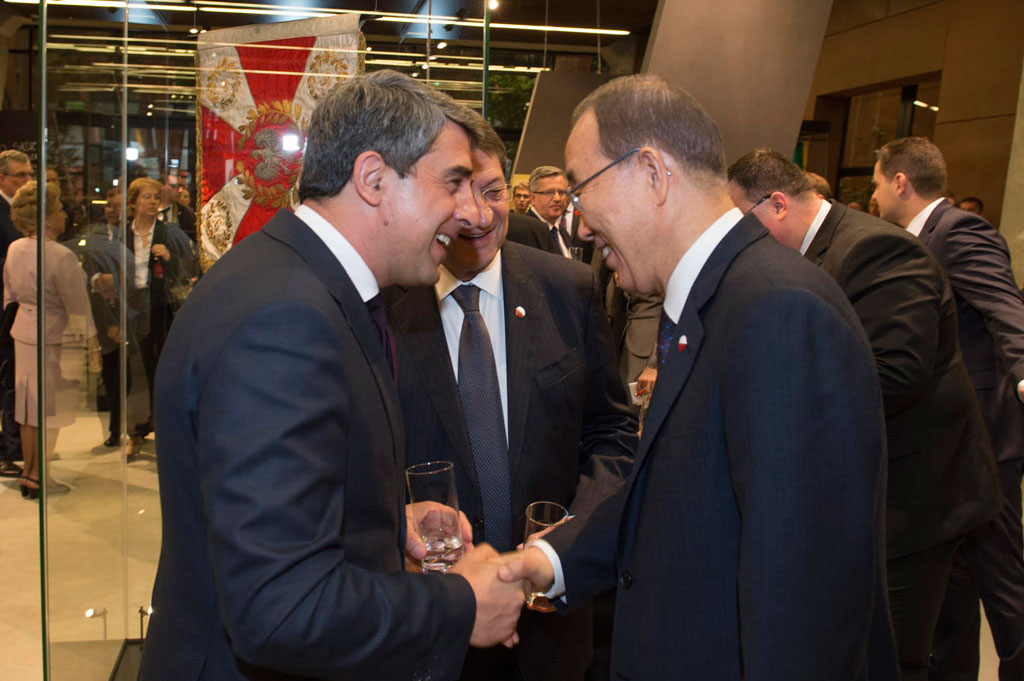 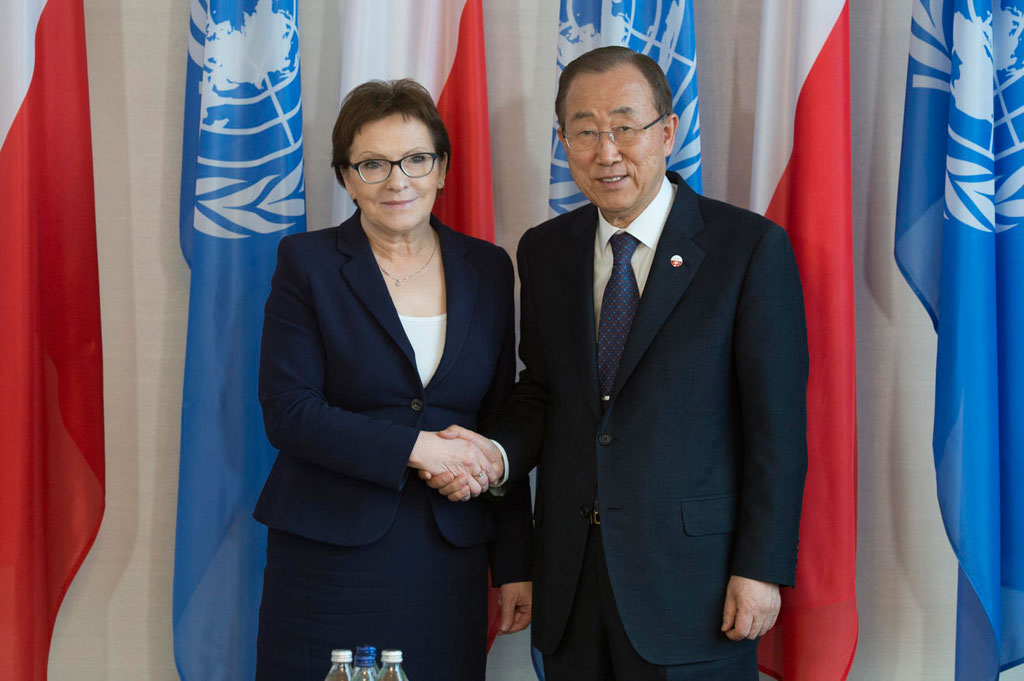 In that regard, he welcomed the initiative of European Union to further strengthen dialogue and cooperation, including on sustainable development, climate change, human rights and conflict.

“We owe this to the generations lost in this and numerous other wars; we above all owe it to our children and future generations,” Mr. Ban said.

Since arriving in Poland earlier today, Mr. Ban met with the Poland’s President, Bronislaw Komorowski and the country’s Prime Minster, Ewa Kopacz. During the meetings, the dignitaries highlighted the shared sacrifice in the victory over fascism and exchanged views on UN-Polish cooperation particularly on climate change and on the sustainable development goals (SDGs).

At the initiative of the Polish President, the Secretary-General also took part in a trilateral meeting with President of Ukraine, Petro Poroshenko. During that meeting, Mr. Ban encouraged parties to the continuing conflict in Ukraine to swiftly and fully implement the Package of Measures for the Implementation of the Minsk agreements.

Mr. Ban also noted the urgent need for a lasting and durable ceasefire, and to advance the political elements of the agreement. He thanked both Presidents for their invitation to take part in the celebrations commemorating the 70th Anniversary of the end of World War II, in Gdansk today and in Kiev tomorrow, 08 May.

According to Mr. Ban’s spokesperson in New York, the Secretary-General will leave Poland for Ukraine tomorrow, before going on to Moscow later over the weekend.

♦ Receive daily updates directly in your inbox - Subscribe here to a topic.
♦ Download the UN News app for your iOS or Android devices.
UN70|peace

Seventy years ago, in 1945, from the ashes of one of humanity's darkest moments, the United Nations was founded to lead the world "out of horror and into peace," declared Secretary-General Ban Ki-moon today at a tree planting and ceremony to remember the countless victims who lost their lives in the Second World War.