During a meeting with His Holiness Pope Francis today, United Nations Secretary-General Ban Ki-moon said he very much looked forward to the Pontiff's encyclical on climate change, which he said he believed would act as a moral voice on the issue.

“I am grateful for his invitation, and applaud his humanitarian vision,” said Mr. Ban. “During our conversation, Pope Francis spoke of his commitment to making the world a better place for all.”

Mr. Ban and Pope Francis met on the margins of a workshop organized by the Pontifical Academy of Sciences called 'Protect the Earth, Dignify Humanity,' which explores the moral dimensions of climate change and sustainable humanity.

As well as discussing climate change, a readout of the meeting issued by a UN spokesperson in new York said Mr. Ban briefed Pope Francis on his visit yesterday to the Italian Navy vessel San Giusto where he was briefed on the on-going operations to rescue migrants in the Mediterranean.

“These migrants, many of whom are refugees, are desperate for a better future,” said Mr. Ban. “We need to address the root causes of migration and find ways to share responsibility for resettling those who make the perilous journey. That includes increasing safe and regular channels for migration.”

They also discussed several other issues including social exclusion and the situation in South Sudan, as well as human trafficking and contemporary slavery, and the role of sport as a tool for education and human development.

The Secretary-General provided an update on his Global Education First initiative in the forthcoming global education forum to be held next month in Korea and on the ongoing review conference of the Non-Proliferation Treaty in New York. They reaffirmed their commitment to continue to work for a world free of nuclear weapons.

Lastly, the Secretary-General said he very much looked forward to the Pope's visit to the United Nations in September, when leaders from around the world will converge in New York for the United Nations special summit for the adoption of a universal and transformative post-2015 development agenda.

“The OECD is a vital forum for helping to build such momentum,” he said. “You can rally your members around this vital agenda. You can inspire and inform the policy changes we need. The OECD has a long history of addressing challenges such as policy coherence – which will be crucial to address the sustainable development challenge.” 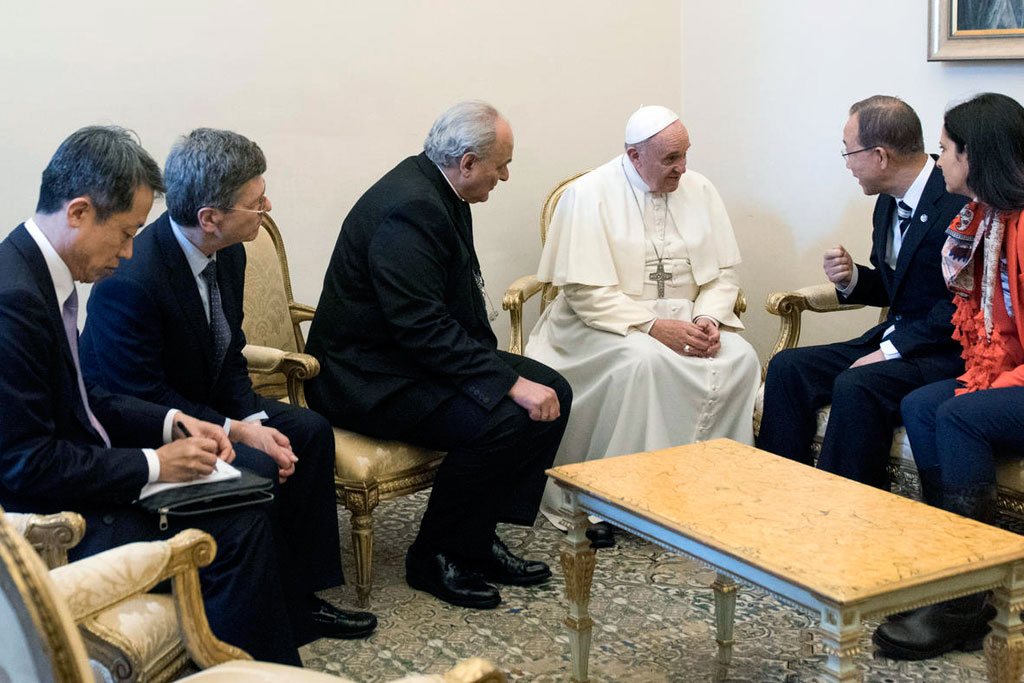 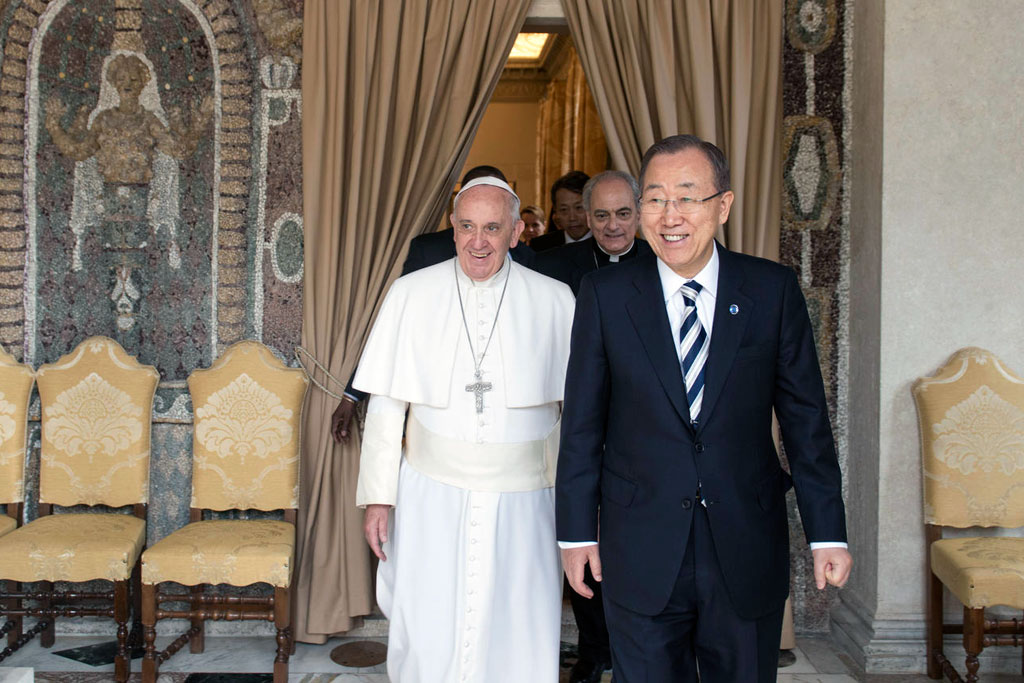 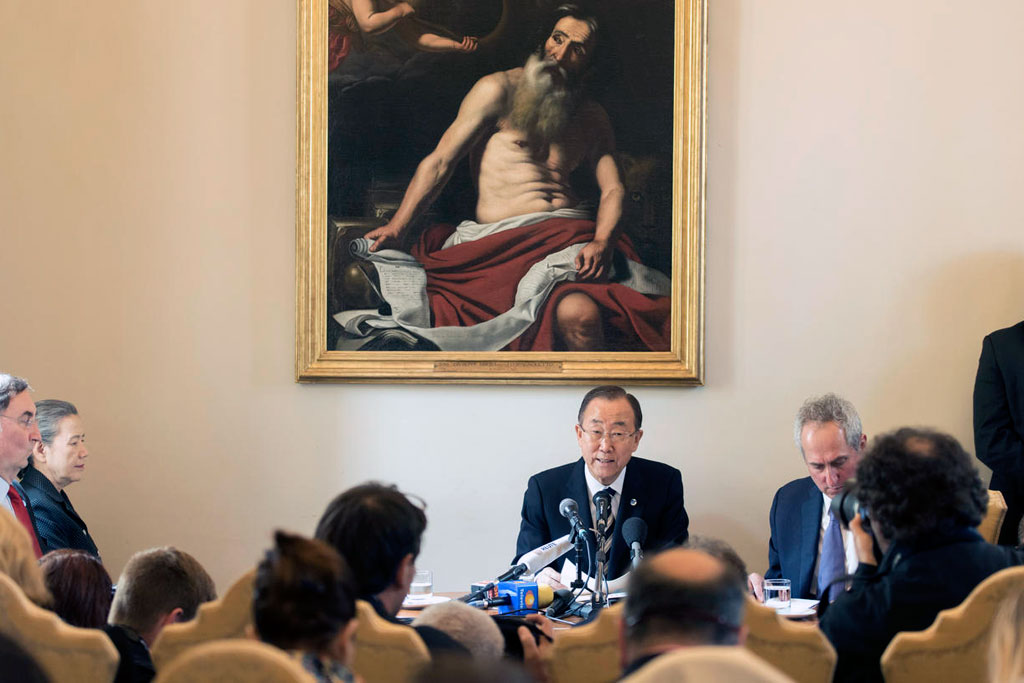 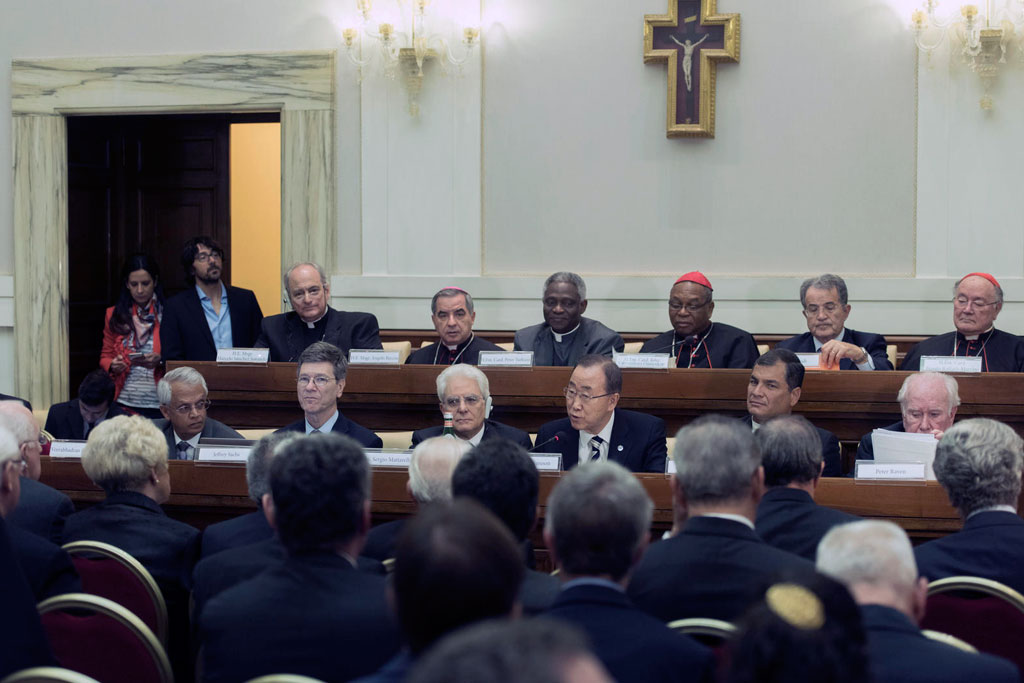 ♦ Receive daily updates directly in your inbox - Subscribe here to a topic.
♦ Download the UN News app for your iOS or Android devices.
Ki-moon

Pope Francis today urged leaders attending a United Nations Food and Agriculture (FAO) nutrition conference in Rome to view food and nutrition and the environment as global public issues at a time when nations are more tightly linked with each other than ever before.