After designating the renowned actor Daniel Craig as the first United Nations Global Advocate for the Elimination of Mines and Explosive Hazards at Headquarters today, Secretary-General Ban Ki-moon thanked the current James Bond for his commitment to supporting the UN’s vision of a world free from the threat of landmines and explosive remnants of war.

“Along with moviegoers worldwide, I have been on the edge of my seat watching Mr. Craig, as James Bond, defuse ticking time-bombs with seconds to spare. I am even more excited that Mr. Craig has agreed to use his star power to draw attention to the noble causes of mine destruction and mine awareness,” said Mr. Ban.

The designation is one of a number of events organized to observe the 10th anniversary of the International Day for Mine Awareness and Assistance in Mine Action.

The UN News Centre caught up with Mr. Craig after the ceremony to hear him describe how his experiences filming in a heavily mined area of northern Cambodia some years ago motivated him to get involved with the UN Mine Action Service (UNMAS).

“I was nervous – I don’t mind admitting that – but I just can’t imagine what it was like for the parents of those children,” he said. “I think that’s what struck me most, the fear of unexploded ordnance that’s just littered around after conflict. And what that does to a local population. It stops them being normal, having a normal life, getting on and rebuilding, and getting back their lives again.” 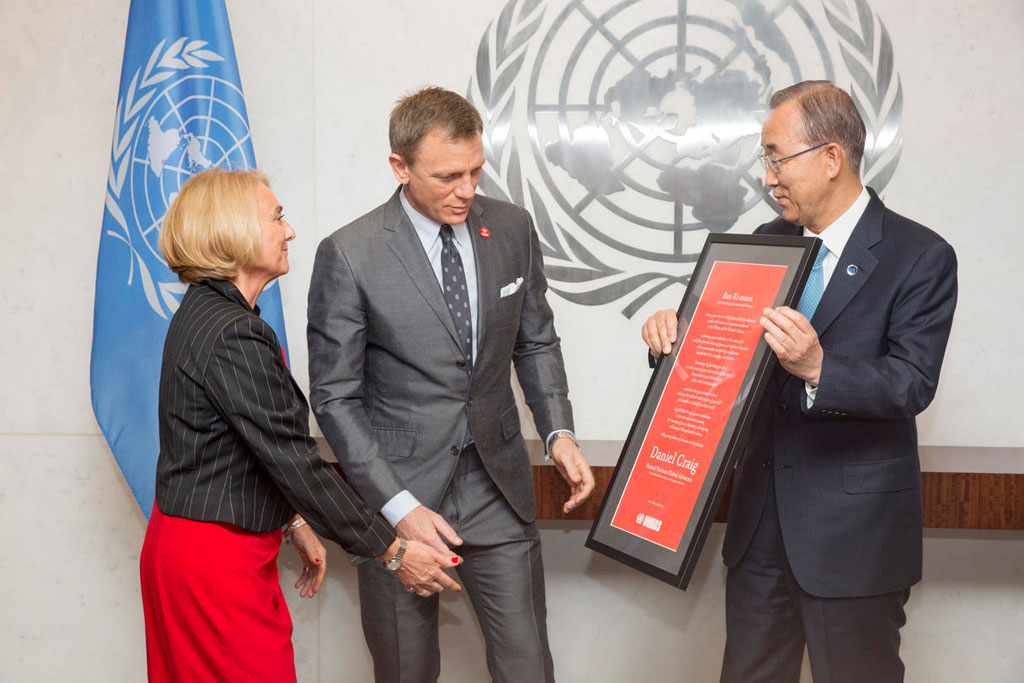 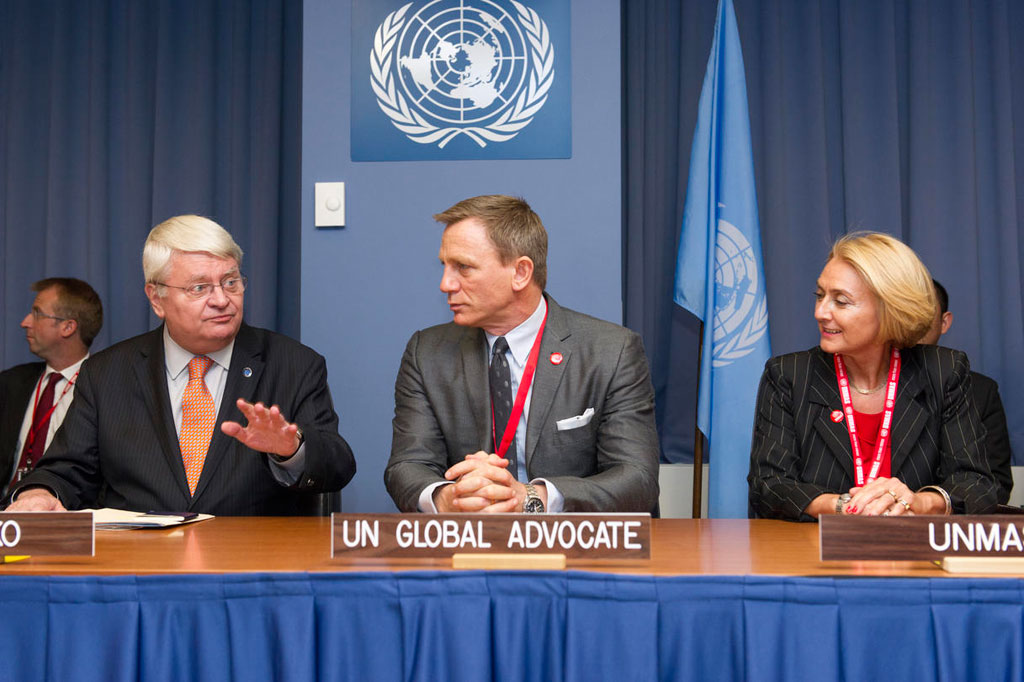 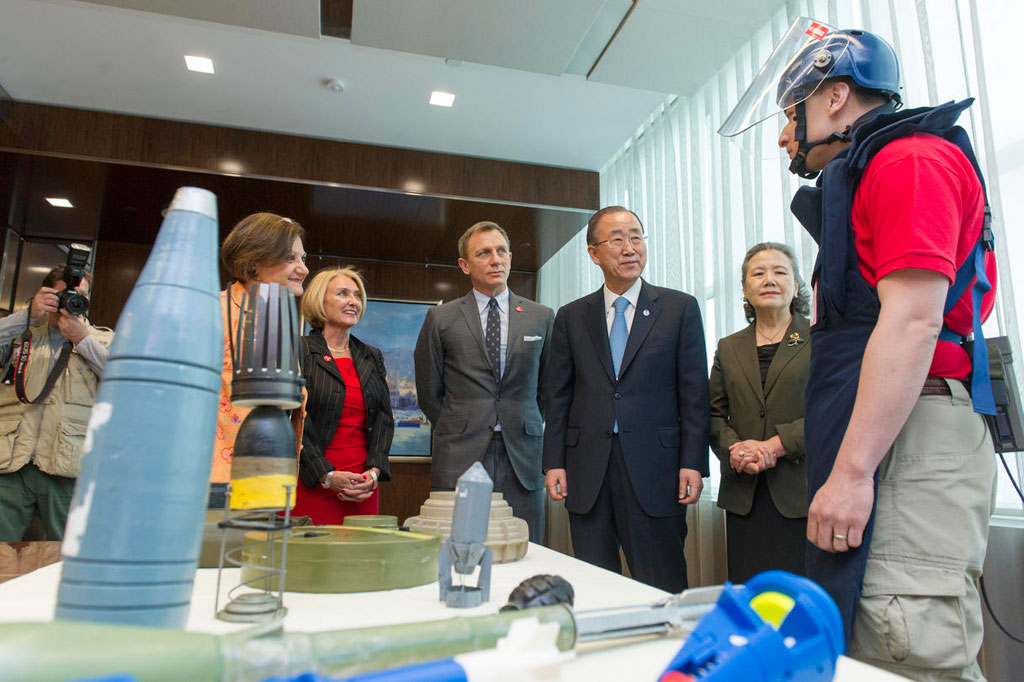 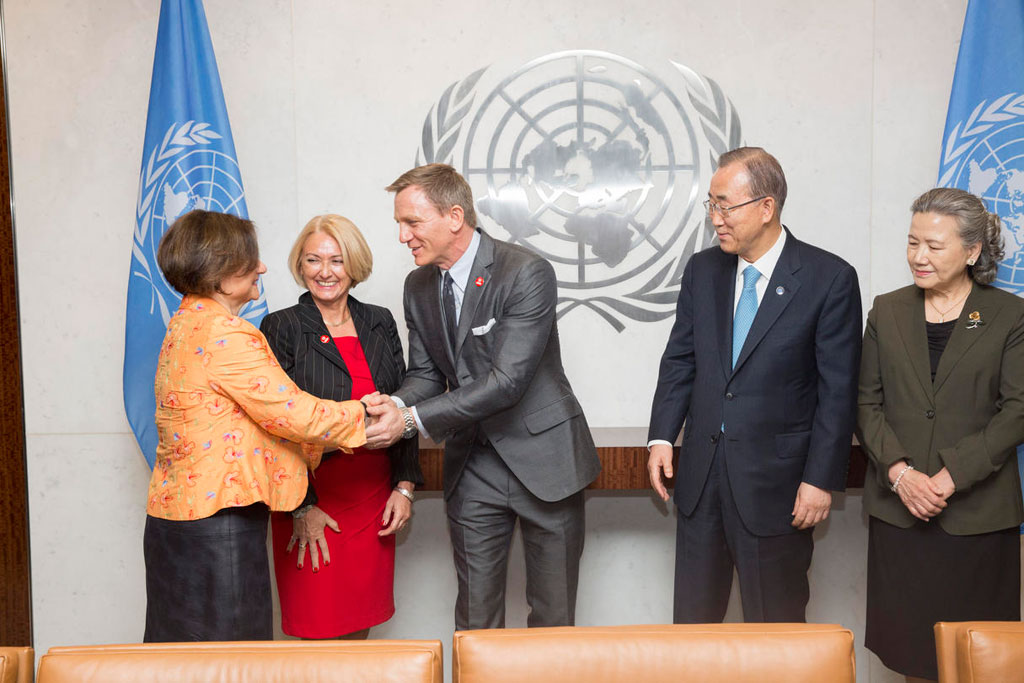 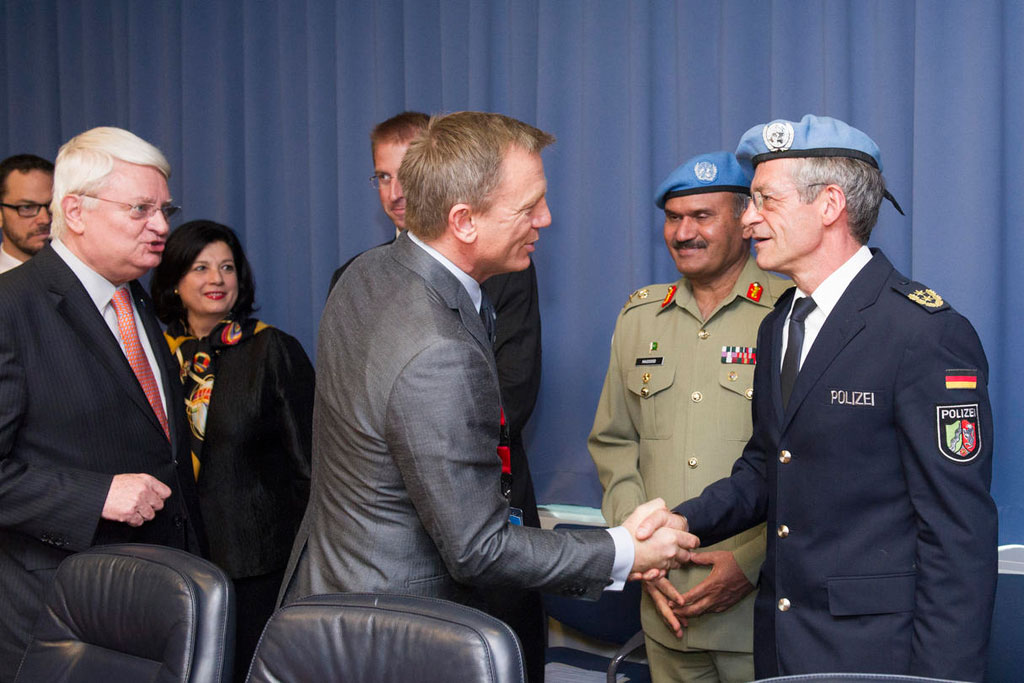 He told the News Centre about his meeting with the Secretary-General and how he hopes to use the fame he has earned as an actor, playing one of the most famous roles in Hollywood, to advocate for UNMAS and give its cause more exposure around the world so that it can raise more money to do its work.

Over the next year, he said he will be busy immersing himself in his new field, developing as much understanding as possible of the work done to eliminate the threat of landmines and explosive remnants of war.

“I don’t have a lot of experience in warzones and minefields,” he said. “Hopefully I’ll get to visit somewhere this year where UNMAS are doing their incredible work and with that I’ll be able to get the message out there.”

Part of that message, as UNMAS marked the 10th anniversary of the International Day, is that anti-personnel landmines are no longer the only threat posed to civilians after conflicts end.

“IEDs [Improvised Explosive Devices] are one of the biggest problems, as well as unexploded ordnance. You know, it’s no longer just mines,” said Mr. Craig. “There is a terrible clean-up that needs to happen after armed conflict. I think the world is aware of that but they need to be more aware.”

Also, today’s ceremony included a meeting between the new Global Advocate and, Stephen Pritchard, a man who had recently returned from de-mining operations in the field with UNMAS.

“He was not so long ago de-mining. And so when you talk about how brave people are, that really sums it up,” said Mr. Craig. “I suppose it’s the scale of the job that’s difficult to take in but also how important it is to train people because there will always be, unfortunately, these remnants of war lying around, and the more people know and the more knowledge they have, the better they’ll be able to deal with it.”

The Secretary-General paid tribute to Mr. Craig’s work and that of the Mine Action Service, which has been working to clear mines, educate people on risks, assist victims, destroy stockpiles and advocate for the elimination of landmines and explosive hazards since 1997.

“The United Nations is playing a vital role in freeing the world from the threat of mines and explosive remnants of war,” said Mr. Ban. “I welcome the support of Mr. Craig to work on these issues. I count on his advocacy to make a difference.”

As the world marks the tenth anniversary of the passing of the global mine ban treaty and commemorates International Mine Awareness Day, the head of the United Nations’ office dealing with the threat they pose stressed today the importance of looking beyond the effects of just anti-personnel mines.