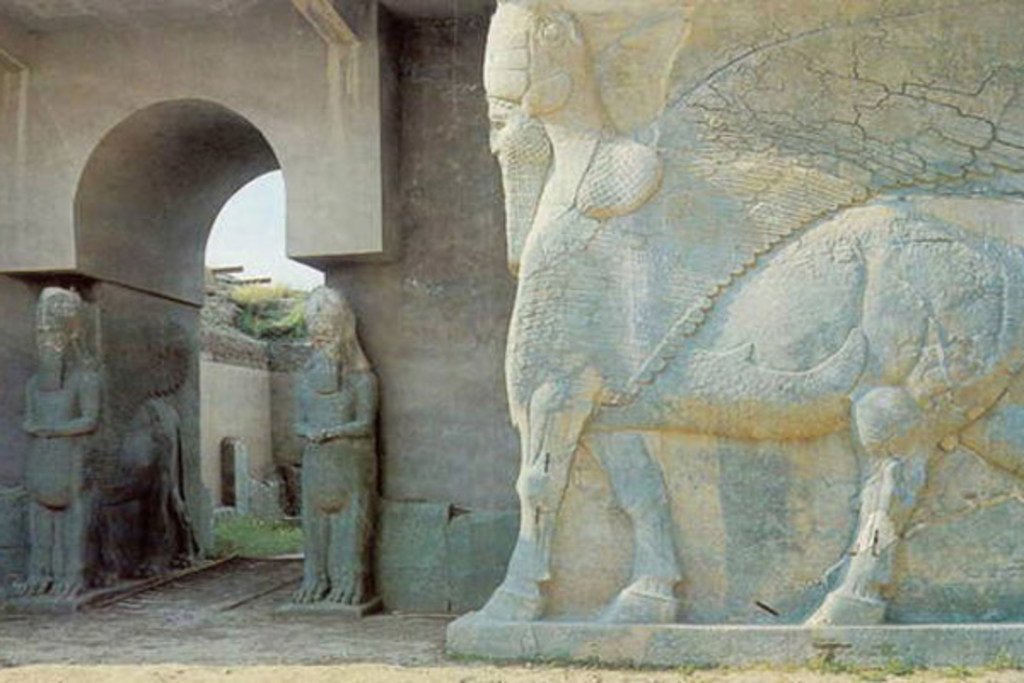 UNESCO (file)
A statue of a lamassu, an Assyrian protective deity, at the North West Palace of Ashurnasirpal in Nimrud, Iraq.
13 April 2015
Culture and Education

The United Nations agency mandated with protecting heritage sites worldwide today denounced further destruction at the archaeological site of Nimrud in Iraq, calling the deliberate damage of culture a "war crime" and pledging to do everything possible to fight it.

"I condemn this mad, destructive act that accentuates the horror of the situation. It confirms that the terrorists are not only destroying representations of figures and bas-reliefs," said the Director-General of the UN Educational, Scientific and Cultural Organization (UNESCO), Irina Bokova, in a in a statement to the press.

“With their hammers and explosives they are also obliterating the site itself, clearly determined to wipe out all traces of the history of Iraq’s people,” she added, expressing her solidarity with the people of Iraq.

The Director-General recalled UNESCO’s action to protect heritage and coordinate the efforts of the international community in the struggle against illicit traffic of cultural goods.

“We will do everything possible to fight against this and document it, to ensure that those responsible are identified and brought to justice,” Ms. Bokova said. “The deliberate destruction of heritage is a war crime.”

UNESCO denounced the attack against Nimrud on 6 March. Last weekend’s video shows the total destruction of the north-west part of the Palace of Ashurnasirpal II, along with stone sculptures from the neo-Assyrian era. Situated 32 kilometres south of Mosul, the Palace was built dated back to 879 B.C., when Nimrud, then known as Kalhu, served as the capital of the Assyrian Empire.

“The propaganda and hatred that underlies these acts, and which is circulating via the internet, demands in response messages of peace and knowledge of history. UNESCO supports all those – in Iraq and elsewhere – who are mobilizing to explain the importance of this heritage and why nothing justifies its destruction,” Ms. Bokova said.

“This message needs to be heard, and I invite political and religious leaders along with civil society to support the #Unite4Heritage campaign launched recently by UNESCO, and to speak out against these crimes via all possible channels,” she added.

UNESCO is currently working closely with the Government of Iraq, neighbouring states and the full range of its other partners, to safeguard this millennial heritage.

Taking an innovative step to support Iraqi youth and to mobilize young people worldwide for the protection of cultural heritage, Irina Bokova, Director-General of the United Nations Educational, Scientific and Cultural Organization (UNESCO) launched today at Baghdad University #Unite4Heritage, a social media campaign to counter the propaganda of cultural cleansing.