A series of amendments to Malaysia’s 1948 Sedition Act risk seriously undermine freedom of expression and opinion throughout the country, the top United Nations human rights official warned today as he urged the Asian state to bring its legislation in line with international human rights standards.

“It is very disappointing that the Malaysian Government is now proposing to make a bad law worse,” Zeid Ra’ad Al Hussein, the UN High Commissioner for Human Rights, said in a press release issued earlier today.

“These proposals are particularly worrying given that the Sedition Act has been applied in many instances to curb the legitimate exercise of freedom of expression in Malaysia – including through the arrests of individuals for merely tweeting their criticism of Government policies and judicial decisions.”

The 1948 Act, which carries sentences of up to five years in jail, outlaws a number of vague offenses, such as expressing “any seditious words” or acting with “seditious tendency” to incite hatred or disaffection of the government or the judiciary, promoting hostility between different races or classes, or questioning any right, privilege, sovereignty prerogative stated in the country’s Constitution.

The latest proposal to amend the Act, however, further broadens the scope of the offences and introduces harsher penalties, including up to 20 years’ imprisonment for “aggravated” sedition, according to the Office of the UN High Commissioner for Human Rights (OHCHR), which added that new provisions for travel bans had also prompted cause for concern.

“The UN Human Rights Office has long urged Malaysia to either repeal the 1948 Sedition Act or to bring it in line with international human rights standards,” the High Commissioner continued, recalling that the Government had committed to repealing the Act during its Universal Periodic Review at the UN Human Rights Council in 2013.

In addition, Mr. Zeid also voiced concern at the passage of the Prevention of Terrorism Act (POTA) in the lower house of Parliament on Tuesday this week, observing that among the serious human rights shortcomings in the law were provisions which permitted the indefinite detention of individuals without trial and grant sweeping powers to law enforcement authorities.

“Silencing dissent does not nurture social stability, but an open democratic space does,” he added.

“Curtailing the legitimate exercise of human rights in the name of fighting terrorism has been shown, time and again, to backfire and to only lead to festering discontent and a strong sense of injustice.” 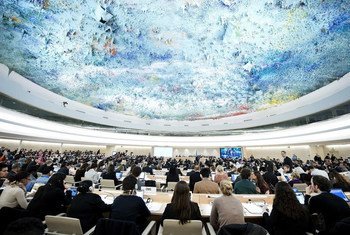 8 October 2014
A group of independent United Nations rights experts today urged the Government of Malaysia to withdraw its Sedition Act of 1948 amid allegations that critics of the country’s authorities have faced increasing criminalization and persecution.