The United Nations refugee agency (UNHCR) has issued an urgent funding appeal as it seeks to provide tens of thousands of people fleeing the violence in north-eastern Nigeria with critical assistance and protection.

“Displaced people in north-eastern Nigeria and across borders are in a very dramatic situation, they fear for their lives, and are at this point unable to return to their homes,” UNHCR Regional Representative for West Africa and Coordinator for the Nigeria Refugee situation, Liz Ahua, declared in a press release today.

“We need more financial support to continue to help the refugees and to plan for increased aid in case of more people fleeing for safety outside Nigeria.”

The appeal, which calls for $174.4 million to help some 192,000 refugees, also foresees a plan to respond to any additional population movements amid an unrelenting volatile climate across Nigeria’s Adamawa, Borno, and Yobe states.

Since 2009, when the Boko Haram insurgency resorted to wide-scale violence, more than 15,000 people have been killed, countless children, women and men have been abducted, abused and forcibly recruited, and women and girls have been targeted for particularly horrific abuse, including sexual enslavement.

The terror caused by Boko Haram has also provoked the instability of Nigeria’s north and spilled over the country’s borders, affecting the wider region and displacing over a million people.

According to UNHCR, in fact, the latest movements of refugees across Nigeria’s borders are expected to bring the total of Nigerian refugees in Cameroon to nearly 66,000.

Elsewhere in the region, refugee numbers are also rising. Some 18,000 people have fled to western Chad, including more than 15,000 since early January after Boko Haram’s offensive against the town of Baga in Nigeria’s Borno state. At the same time, more than 100,000 people have already found refuge in Niger despite a steadily deteriorating humanitarian situation and a spike in insurgent attacks against the towns of Bosso and Diffa.

In today’s appeal, UNHCR admitted that aid agencies on the ground in the region are struggling to upscale and maintain basic services to refugees in camps, including shelter and food, access to health and education, as well as to clean water and sanitation.

At the same time, thousands of school-age refugee children remain unable to attend school because of a lack of classrooms and teachers, while the need for mental health support among local civilians has also sky-rocketed.

Ms. Ahua added that the boost in humanitarian funding from the appeal would help the UN’s humanitarian agencies to relocate refugees away from the conflict border areas and establish additional refugee camps where needed.

“Adequate funding is crucial to make sure aid agencies can improve the living conditions for refugees in asylum countries and respond to their protection needs,” she said. 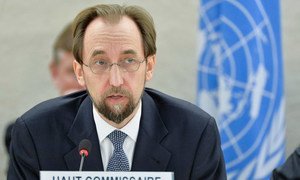