UNICEF/NYHQ2012-0221/Kate Brooks
Syrian refugee Shadi was living with a host family in North Lebanon and had returned briefly to Syria to visit family there. Upon returning via an unofficial border crossing, he was injured during an explosion (2012).
31 March 2015

In an expression of solidarity with the millions of children, women and men affected by the devastating conflict in Syria, now in its fifth year, international donors today pledged $3.8 billion at a United Nations-backed conference held in Kuwait.

“Today, the international community has come together in solidarity with the people of Syria and neighbouring countries bearing the heavy burden of hosting millions of Syrian refugees,” said UN Secretary-General Ban Ki-moon, who chaired the gathering, at a press briefing after the pledges were announced. “We have sought to send a message of relief to the millions of Syrians who have been affected by this terrible crisis.”

The Third International Humanitarian Pledging Conference, mobilized donor support to meet the needs set out in the 2015 Syria Response Plan and the Regional Refugee and Resilience Plan (3RP) 2015-2016.

The pledges come as the situation in Syria continues its downwards spiral. Some 12.2 million people, including 5.6 million children, now need humanitarian assistance. By conservative estimates, more than 220,000 Syrians have died in the conflict, but that number is likely much higher. Four out of five Syrians live in poverty and the country has lost nearly four decades of human development, with unemployment at over 50 per cent. Life expectancy has been cut by 20 years.

“People have experienced breathtaking levels of violence and savagery in Syria,” said Valerie Amos, Under-Secretary-General for Humanitarian Affairs and UN Emergency Relief Coordinator (OCHA), as she addressed the press. “While we cannot bring peace, this funding will help humanitarian organizations deliver life-saving food, water, shelter, health services and other relief to millions of people in urgent need.” 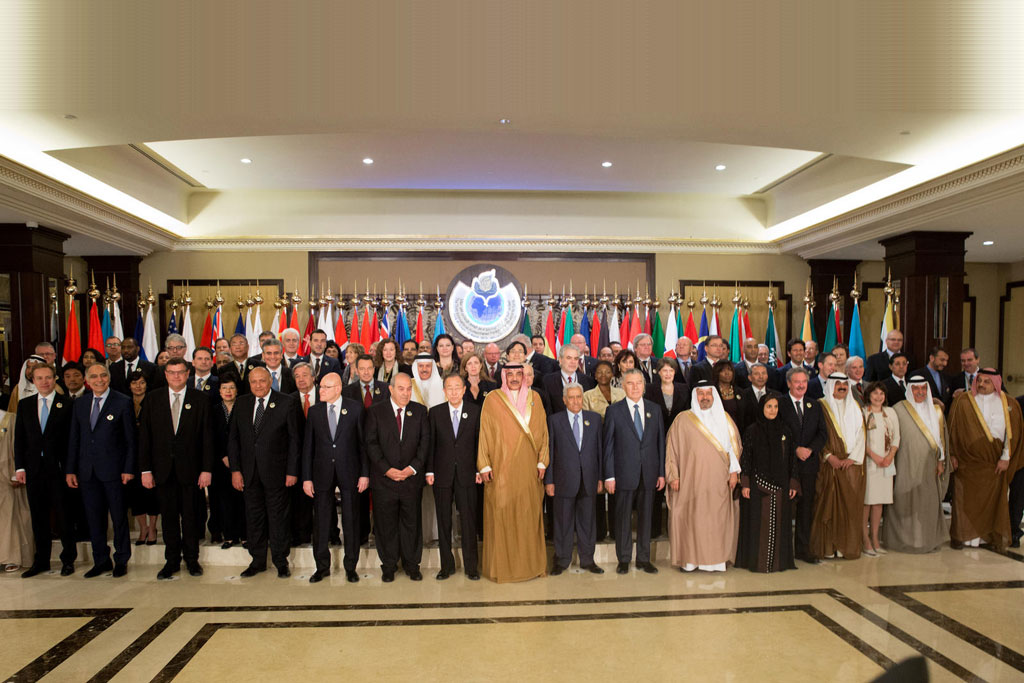 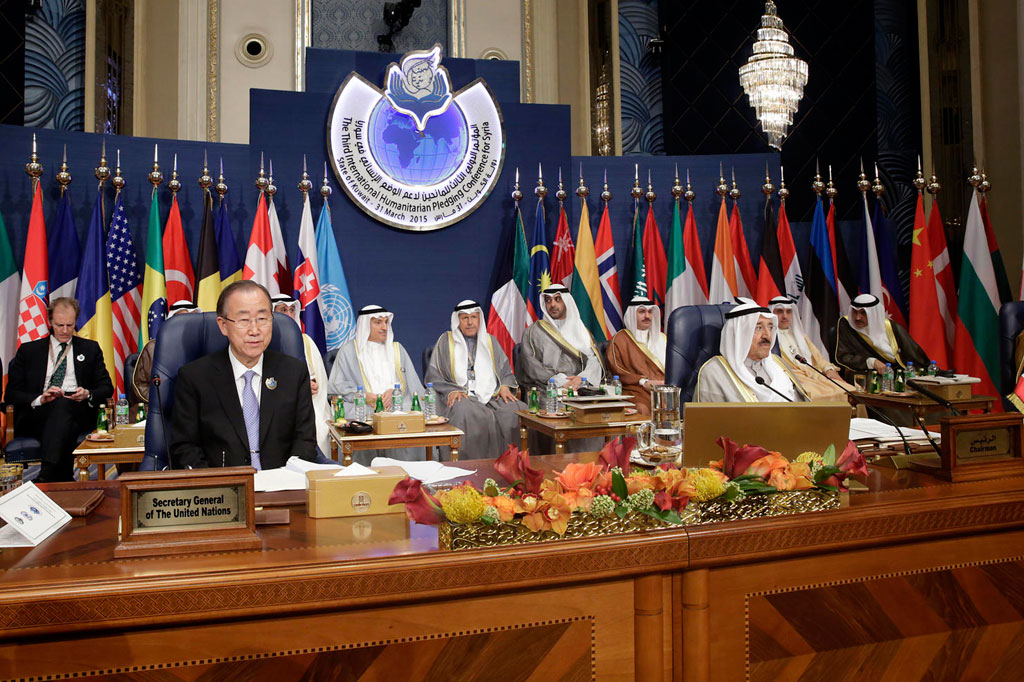 Many of the 3.9 million refugees now hosted in countries neighbouring Syria face a daily struggle for survival, their savings long depleted. More than a third live in sub-standard shelter, hunkering down in garages, crowded rooms, or makeshift settlements. Some 600,000 refugees are out of school, 2.4 million are in need of food aid, and 1.4 million very vulnerable people need cash assistance to meet their most basic needs. Meanwhile, the economies, societies and infrastructure of the host countries are buckling under the strain of hosting so many refugees.

“The hopes of Syrian refugees to return home anytime soon are waning as their country’s crisis worsens. It is vital that we massively increase our support to them – not only so they can survive, but live with dignity and some hope for the future,” said UN High Commissioner for Refugees António Guterres. “This also means we must not abandon the host countries to bear the brunt of this crisis alone. Supporting them in proportion to the scale of this gravest crisis of our time is our collective responsibility, and history will judge us on how we respond.”

Over the past four years, Syria has plummeted from a middle-income country to one where four out of five people live in poverty, and two out of three in extreme poverty. Countries and communities hosting refugees are also under severe strain as health and education services are stretched thin, public infrastructure such as sewage systems are overburdened, and competition for jobs and resources shows signs of tearing at social fabric.

“Lebanon, Jordan, Iraq, Egypt, and Turkey are hosting unprecedented numbers of Syrian refugees,” said UNDP Administrator Helen Clark. “The international community must accelerate its support for a development response which supports the solidarity shown by host countries and communities.”

In January 2014, the second pledging conference in Kuwait raised $2.4 billion. Ninety per cent of those funds have since been disbursed to provide life-saving support for millions of families in Syria and the region. Last year, some 8.9 million people received basic relief items and more than five million people received monthly food aid.

Before the pledges were made, Mr. Ban addressed the conference saying: “I have only shame and deep anger and frustration at the international community’s impotence to stop the war.”

The consequences of underfunding are catastrophic, leaving neighbouring countries on their own as they struggle to provide for refugees while meeting their own development needs. Nearly half of the country has been forced to flee their homes. Governments throughout the region have opened “their doors, their hearts and their wallets” to Syrian families running for their lives but are now stretched to the limit, he added.

Meanwhile, despite threats and attacks on aid workers, UN agencies continue to provide life-saving assistance through cross-border assistance. But all this is not nearly enough, he added.

Addressing the conference earlier in the day, Ms. Amos recalled a trip to the country: “When I first visited Syria in 2011, we estimated that one million people were in need of humanitarian aid. Today, that figure stands at 12 million people.”

We must remember, she said, that behind each figure, each statistic, is a child, a woman, a man, a family – terrorized, abused and abandoned. Ms. Amos called the crisis a “rapid destruction of Syria’s future through the trauma of its children.”

“What kind of Government besieges its own people, drops barrel bombs and at the same time speaks of its responsibility to protect its own people? Armed and terrorist organizations think that they can operate outside the framework of international humanitarian and human rights law. We must make them accountable,” she urged.

After four years, people are exhausted and their resources depleted, she said. 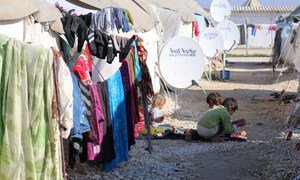 The crisis in Syria is getting much worse, characterized by shocking “levels of savagery,” the top United Nations relief official has warned, urging countries to pledge as generously as possible ahead of the Third International Humanitarian Pledging Conference kicking off tomorrow in Kuwait City.