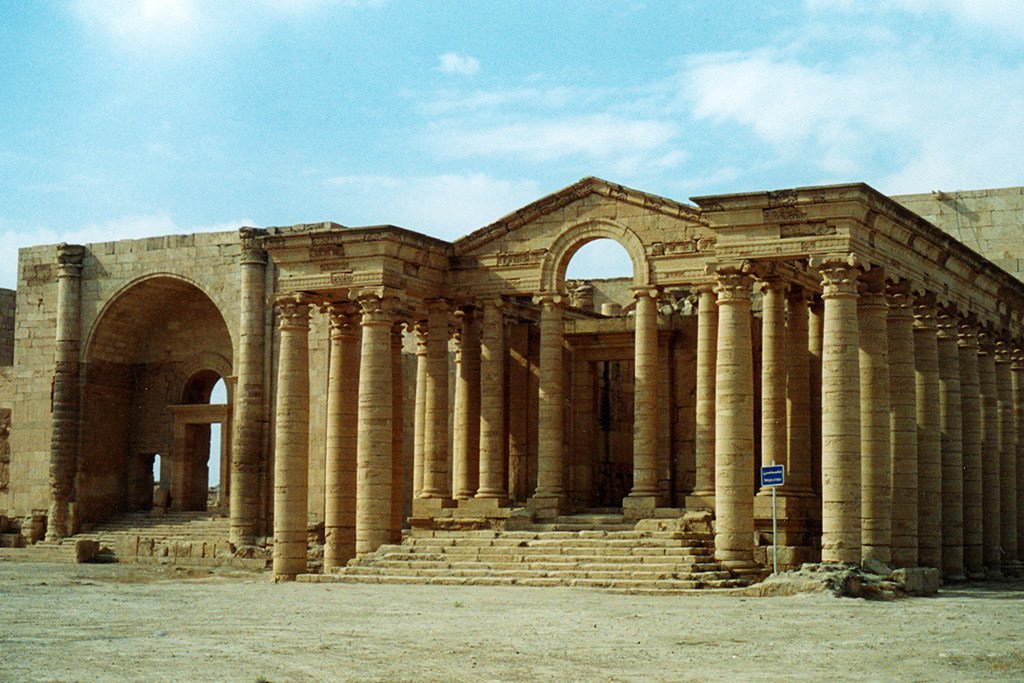 Taking an innovative step to support Iraqi youth and to mobilize young people worldwide for the protection of cultural heritage, Irina Bokova, Director-General of the United Nations Educational, Scientific and Cultural Organization (UNESCO) launched today at Baghdad University #Unite4Heritage, a social media campaign to counter the propaganda of cultural cleansing.

Taking an innovative step to support Iraqi youth and to mobilize young people worldwide for the protection of cultural heritage, Irina Bokova, Director-General of the United Nations Educational, Scientific and Cultural Organization (UNESCO) launched today at Baghdad University #Unite4Heritage, a social media campaign to counter the propaganda of cultural cleansing in Iraq and other crisis-torn counties.

“Today, we send a clear message,” said said Ms. Bokova at the campaign's launch, which took place in front of students, government ministers and university officials at the Faculty of Arts. “We do not accept cultural cleansing and we will stand together to do everything we can to stop it.”

#Unite4Heritage was conceived in response to the destruction and pillage of cultural heritage in conflict zones, most recently in Iraq. It builds on an initiative started by Baghdad University students on 5 March to protest videos of destruction and looting at Mosul Museum, the historical city of Nimrud and the World Heritage site of Hatra.

According to UNESCO, the campaign will use the power of social networks to create a global movement to protect and safeguard heritage under threat.

#Unite4Heritage invites people, especially young people from the Arab region, to send photos and write short stories about heritage sites that are important for them. They can also send 'selfies' holding a sign with the campaign hashtag – to illustrate the concept of unity and the importance of cultural heritage to people's lives.

“In Iraq and across the region, violent extremists are orchestrating an appalling campaign of cultural cleansing. They are seeking to divide societies, to sow hatred, to impose narrow sectarian views through violence and oppression,” explained Ms. Bokova in her remarks. “They are propagating this campaign across the world, using all forms of media, especially social media, targeting especially young minds.”

“When violent extremists say humanity is not a single community that shares values, when they say world heritage doesn't exist, when they say pre-Islamic heritage is idolatry, when they say that diversity is dangerous, that tolerance and dialogue are unacceptable – we must respond,” she declared.

During her visit to Baghdad, the Director-General met with the Prime Minister of Iraq, Haider Al Abadi and the Speaker of the House of Representative, Salim al-Jabouri along with several other high level officials. Ms Bokova also announced the start of a project funded by the Japanese Government for the Safeguarding of Iraq's heritage, and focused on monitoring, communication, awareness-raising, and technical assistance.

The head of the United Nations agency mandated to protect heritage sites has reiterated her dismay at the “destructive fury” exhibited by militants of the Islamic State of Iraq and the Levant (ISIL) in their recent assault on the Mosul Museum.