Secretary-General Ban Ki-moon today stressed the importance of international support as the United Nations seeks to promote dialogue to resolve the crisis in Libya, as he met with senior Italian officials in Rome.

“As my Special Representative Bernardino Léon works to promote dialogue between the Libyan parties, the support of the international community, particularly Italy, is essential,” Mr. Ban told a press conference with Foreign Minister Paolo Gentiloni.

Libya was among the issues Mr. Ban discussed in his meetings with the Italian leadership, including President Sergio Mattarella and Prime Minister Matteo Renzi.

“We discussed the situation in Libya, where further armed conflict will only worsen the situation and provide space for extremist groups. I am very concerned about the increasing presence of the so-called Islamic State, or Daesh, in Libya,” said the UN chief.

Referring to the ongoing discussions between the various parties in Libya, Mr. Ban said he hoped they will work together to form a unity government and “stop this senseless violence,” adding that “time is of the essence” to bringing peace and stability to the country.

The violence continued on the ground with an attack on Zintan airport, which was strongly condemned by the UN Support Mission in Libya (UNSMIL).

“Coming against the backdrop of repeated United Nations and international community calls for all parties to take no action that would risk escalating tensions at a time when Libya’s leaders are engaged in a dialogue process, the Mission regards this attack as wholly unjustified and reckless,” it stated in a news release.

The Secretary-General’s Special Representative and head of UNSMIL, Bernardino Léon, said such attacks on key facilities represented “a deliberate attempt to undermine efforts to find a political solution to the Libyan conflict through dialogue,” and the Mission questioned the motives of those intent on military escalation, which it said could only serve to undermine efforts to reach a peaceful resolution of the conflict.

On Syria, the Secretary-General voiced deep appreciation at the press conference for the work of his Special Envoy, Staffan de Mistura, to bring peace and stability to that country. “Global, regional and national divisions and rivalries have gotten in the way of helping the Syrian people. I urge the international community, and in particular the Security Council, to unite to end this barbarity,” he said. 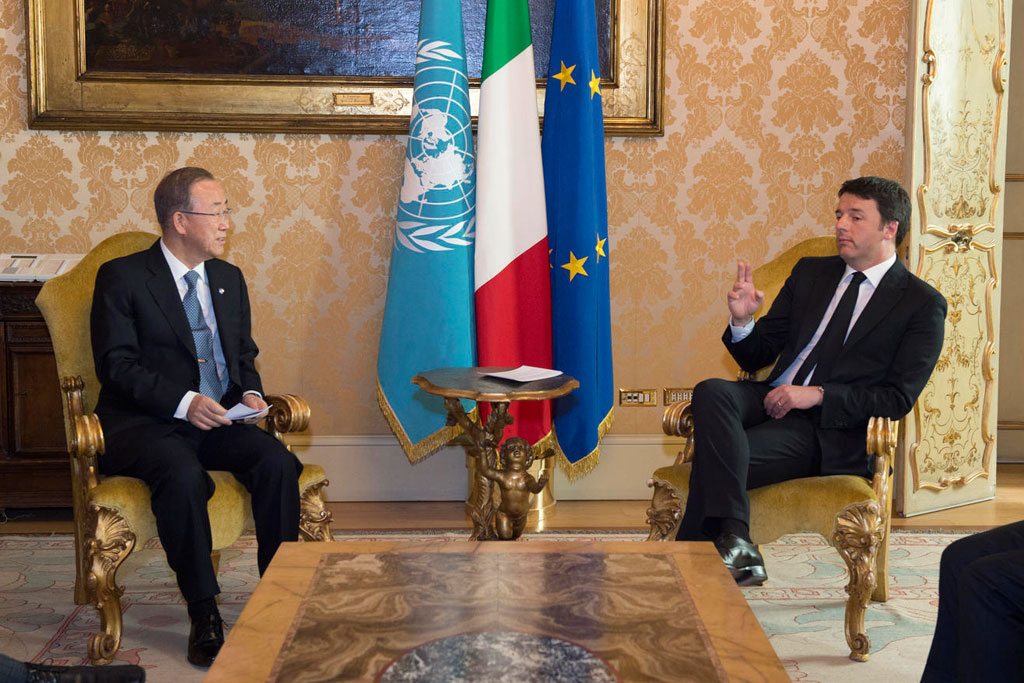 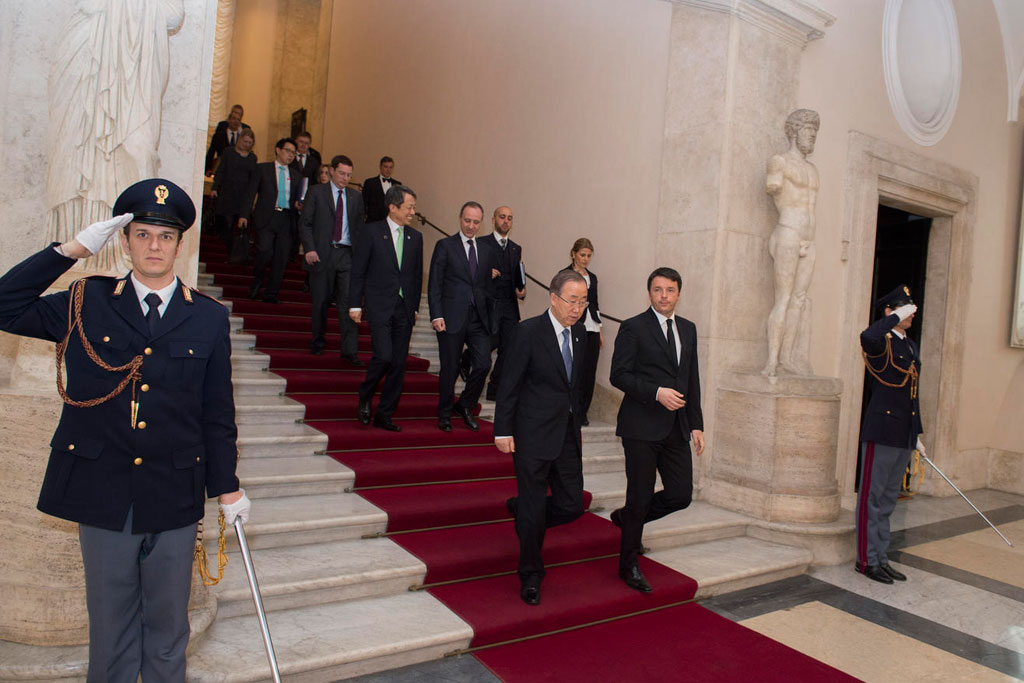 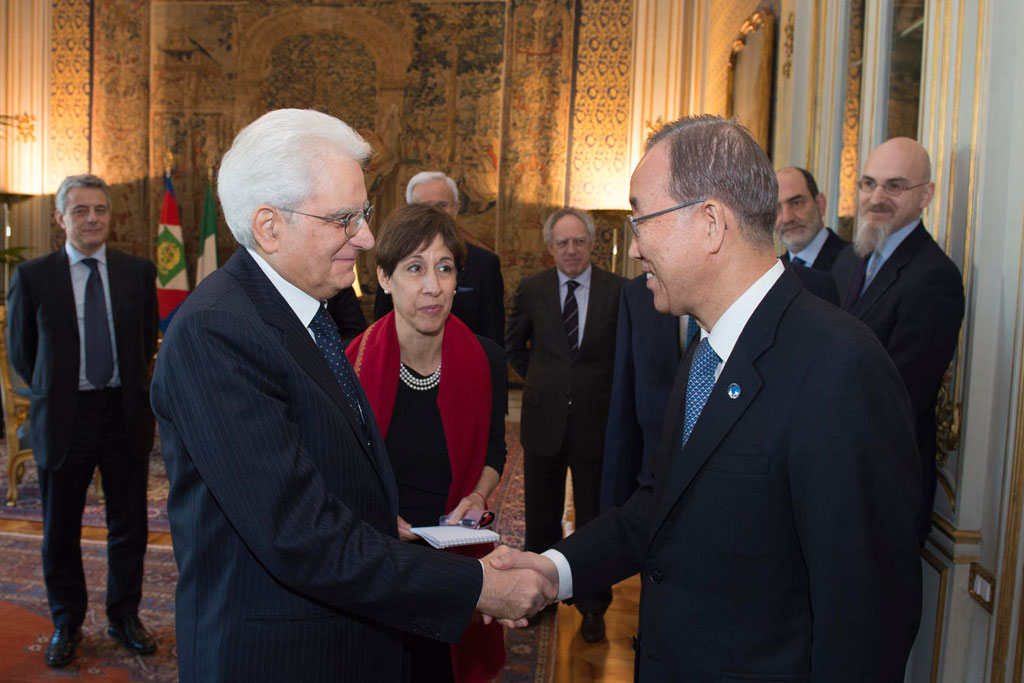 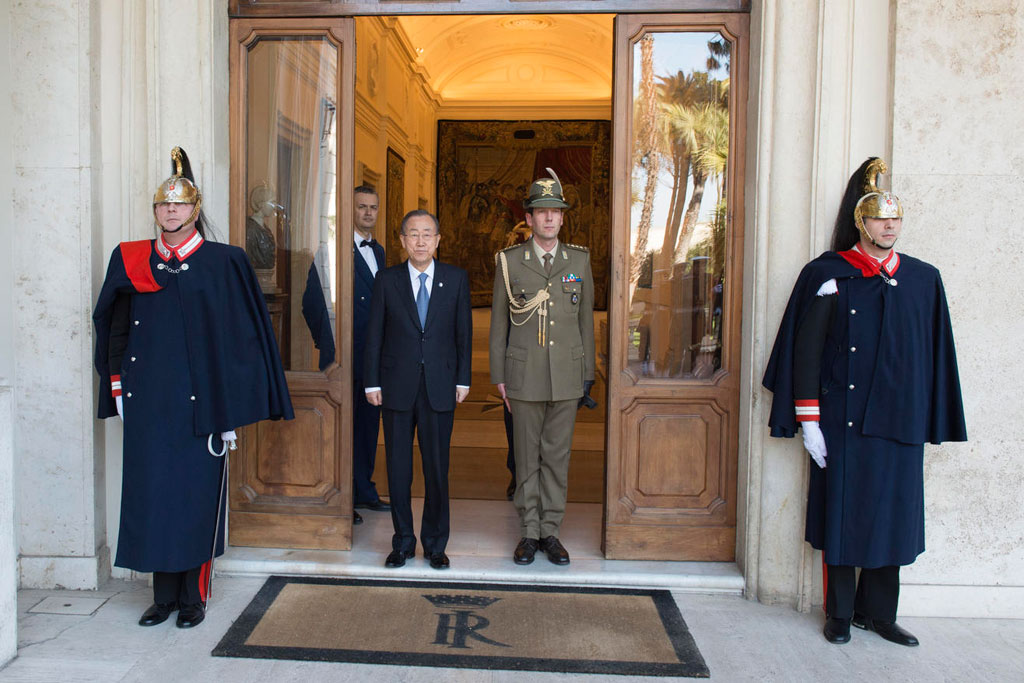 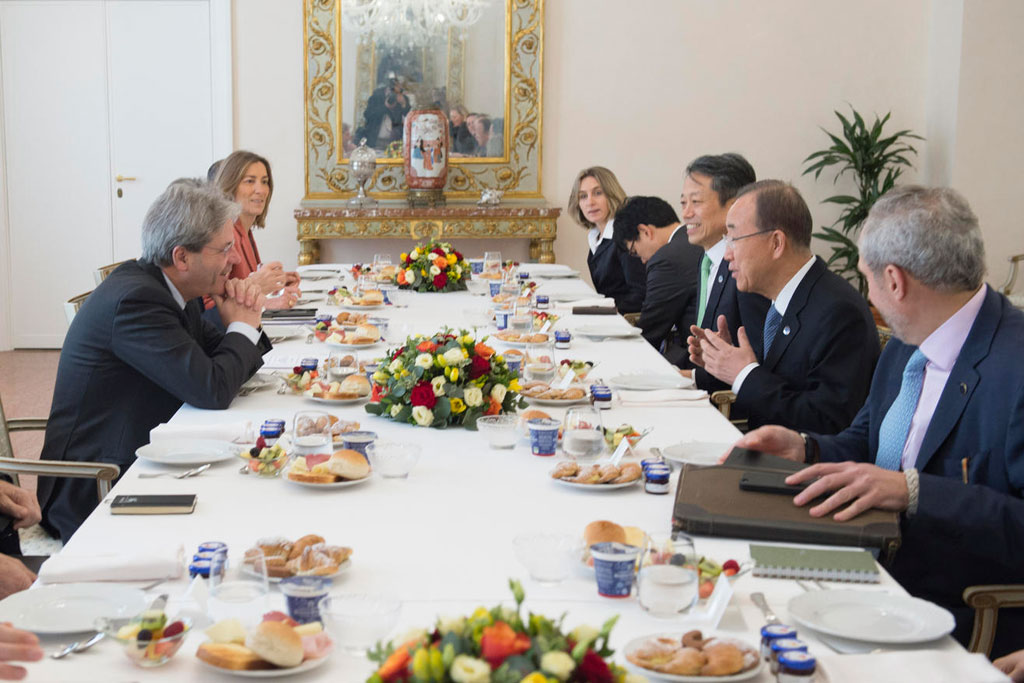 Mr. Ban also noted the “strong partnership” between Italy and the UN, calling it “a cornerstone of regional and international peace and security.” He went on to highlight Italy’s important contributions to the UN, including in peacekeeping operations, as well as its support for the UN presence in Rome, Brindisi and Turin.

In particular, he noted that Italy is the largest Western troop- and police-contributing country to UN operations, and that its personnel are playing a crucial stabilizing role in Lebanon.

The issue of irregular migration was also highlighted, with Mr. Ban saying he was “horrified” by the unscrupulous actions of smugglers who subject vulnerable migrants, asylum-seekers and refugees to abuse, and often abandon them to die at sea.

He commended rescue efforts made in particular by the Italian Navy and Coast Guard, while urging the European Union and other countries to do far more to address the challenge of irregular migration.

Meetings in Morocco arranged by the United Nations that brought together participants in the Libyan political dialogue have concluded today, having covered substantive and procedural issues on the way forward.