UN Photo/Tobin Jones
Girls line up during a basketball drill in Mogadishu, Somalia.

16 March 2015
The greater participation of women and girls in sports can help lift their involvement in society, fight gender stereotypes and accelerate progress towards gender parity, the head of the United Nations entity for gender equality and women’s empowerment declared today.

“Gender equality and women’s empowerment has been a marathon,” UN Women Executive Director Phumzile Mlambo-Ngcuka told a gathering at UN Headquarters. “But I hope we’re in sight of the finish line so everybody has to be a sprinter now.”

The event – entitled ‘Looking ahead: the place of sport for women’s empowerment post-2015’ and held on the margins of the ongoing 59th session of the Commission on the Status of Women (CSW) – underscored sports’ multidimensional role in enhancing women’s broader community engagement.

Sports programmes, the UN Women chief noted, can both fill gaps in basic nutrition and health care, bring together those who would otherwise be isolated, and tackle head-on the ever-present scourge of gender-based violence by dismantling the stereotypes of women as less capable than men.

At the same time, speaking on the merits of sports education for young girls, Werner Obermeyer, Deputy Executive Director of the UN World Health Organization (WHO), explained that team sports offered a host of physical and mental benefits for female children as it helped them build social networks and learn the “whole ethos of working together as a team.”

Beyond that, he added, athletic activities helped keep obesity levels in women down, reducing the overall costs to the health sector and the economy which otherwise would be “astronomical.”

“Through engaging in sport and living its values, women and girls can develop leadership skills, overcome bias, improve their health and become empowered,” Ms. Mlambo-Ngcuka continued. “We insist that sports must feature in the post-2015 development agenda that Heads of State and Government will adopt this coming September.” 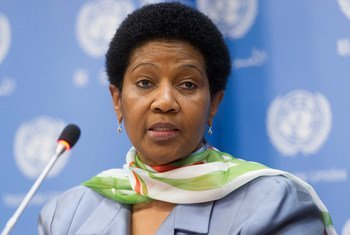 6 March 2015
The past 20 years has seen haltering progress on women’s rights issues and, in some areas, outright stagnation and regression, the head of the United Nations entity for gender equality and women’s empowerment said today.