UNICEF Pacific
Tens of thousands of children are in urgent need of assistance in Vanuatu after Cyclone Pam ripped through the country.
16 March 2015

With United Nations relief agencies stepping up their response in Vanuatu after the country was hit by Cyclone Pam, Secretary-General Ban Ki-moon said today that the event “tragically underscored” the importance of global efforts on disaster risk reduction.

“I have instructed to dispatch immediately an assistance team to Vanuatu,” Mr. Ban said during a UN University symposium on the 70th anniversary of the UN, held in Tokyo. “We will take necessary action to mobilize humanitarian assistance to these Vanuatu people.”

Mr. Ban and other top UN officials are in Japan for the Third World Conference on Disaster Risk Reduction, which is taking place in Sendai through 18 March. Thousands of participants have gathered in the Japanese city to agree on a new framework for managing disaster risk which will reduce mortality and curb economic losses.

The President of the Economic and Social Council, Martin Sajdik (Austria), issued a statement in which he noted that the full extent of the damage remains under review, and that reports from the UN and aid agencies confirm that people lost their lives and thousands are homeless after the cyclone.

“Cyclone Pam is an urgent reminder that disaster risk reduction must be part of national, regional and global development strategies,” said Mr. Sajdik, underscoring the importance of addressing the immediate crisis but also thinking of the medium and long term.

“Vanuatu is now facing a major humanitarian emergency,” he said. “There is no time to lose. We, the international community, governments, civil society, the private sector and individual citizens, all have a role to play. We must take action now!”

Meanwhile, UN agencies outlined the intensification of their efforts to respond to the needs of communities affected by the cyclone, which hit Vanuatu with winds of more than 250 kilometres per hour and one-metre storm surges on 13 and 14 March.

The World Health Organization (WHO) in the Western Pacific Region is coordinating response to the devastation with Vanuatu's Ministry of Health and other humanitarian organisations to bring much-needed health support to the Pacific nation. 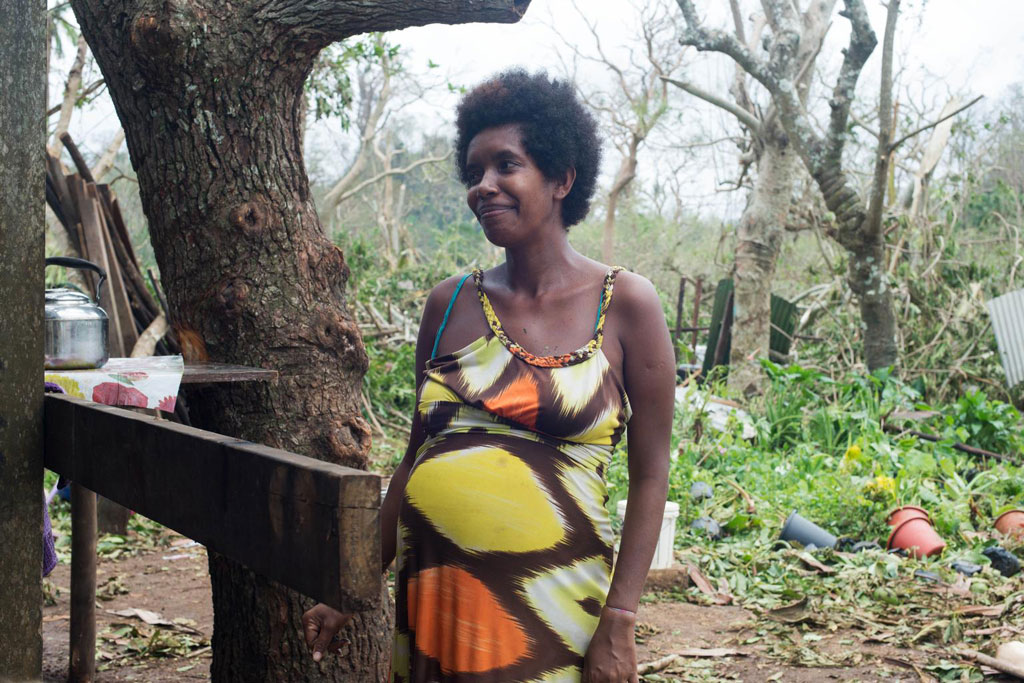 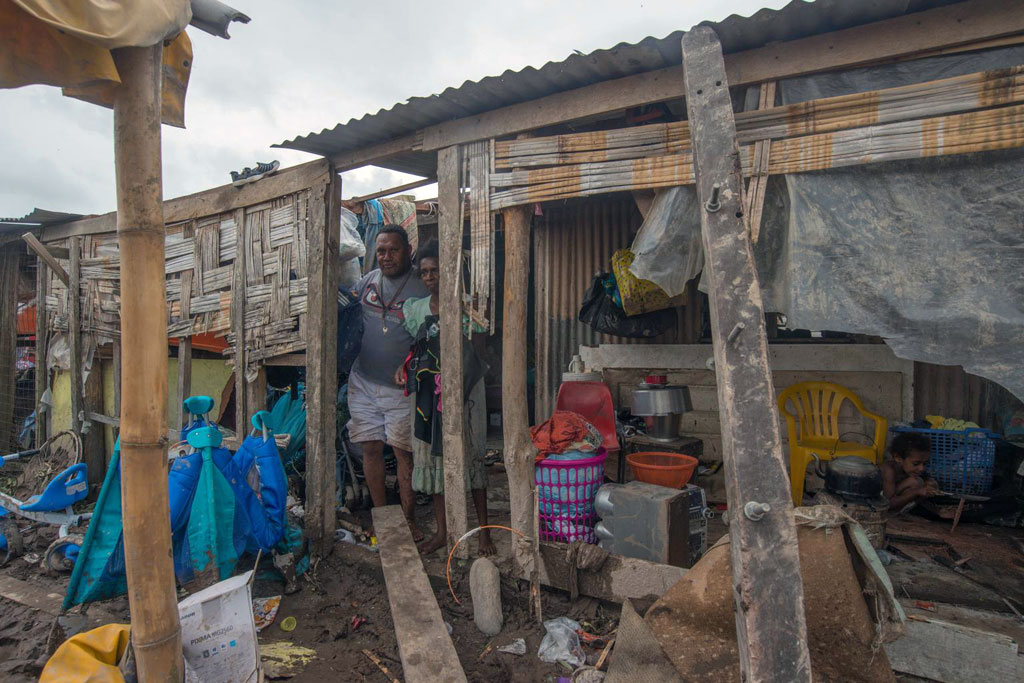 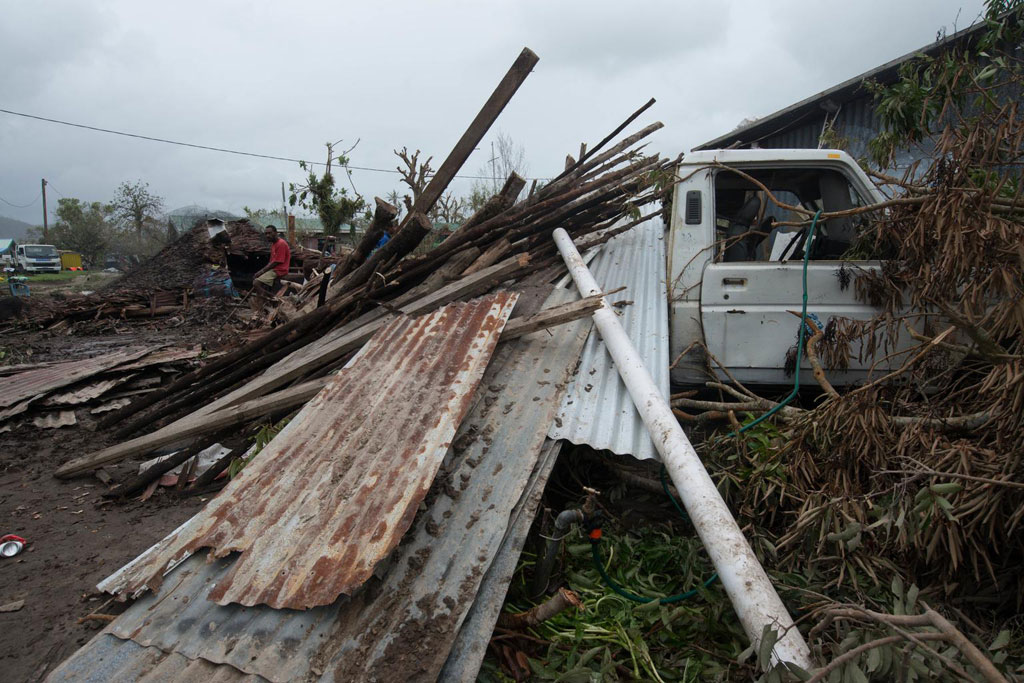 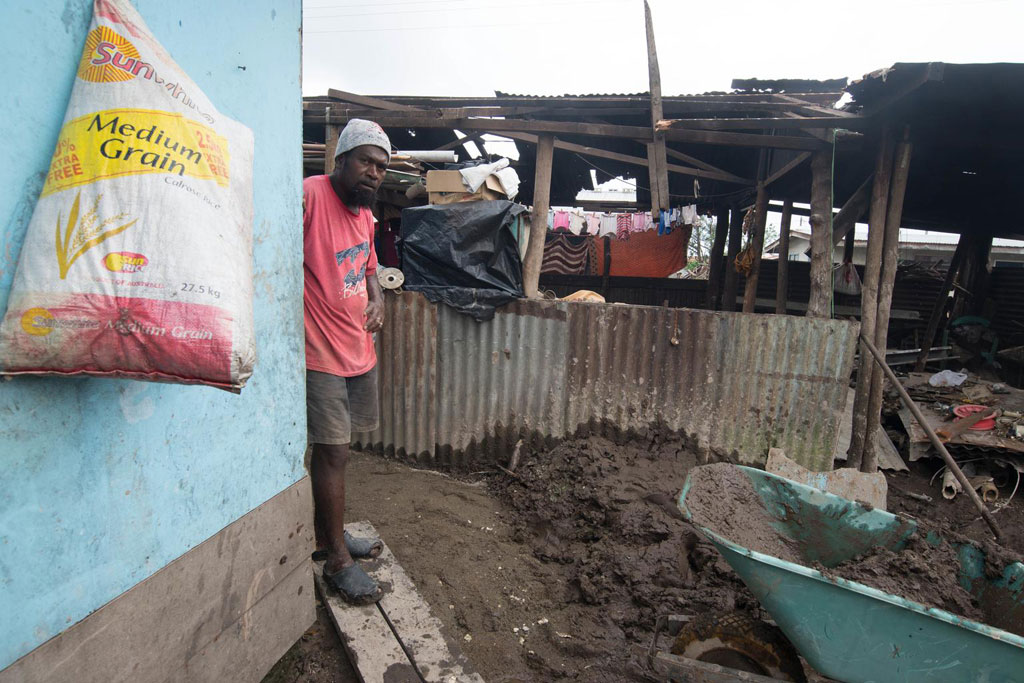 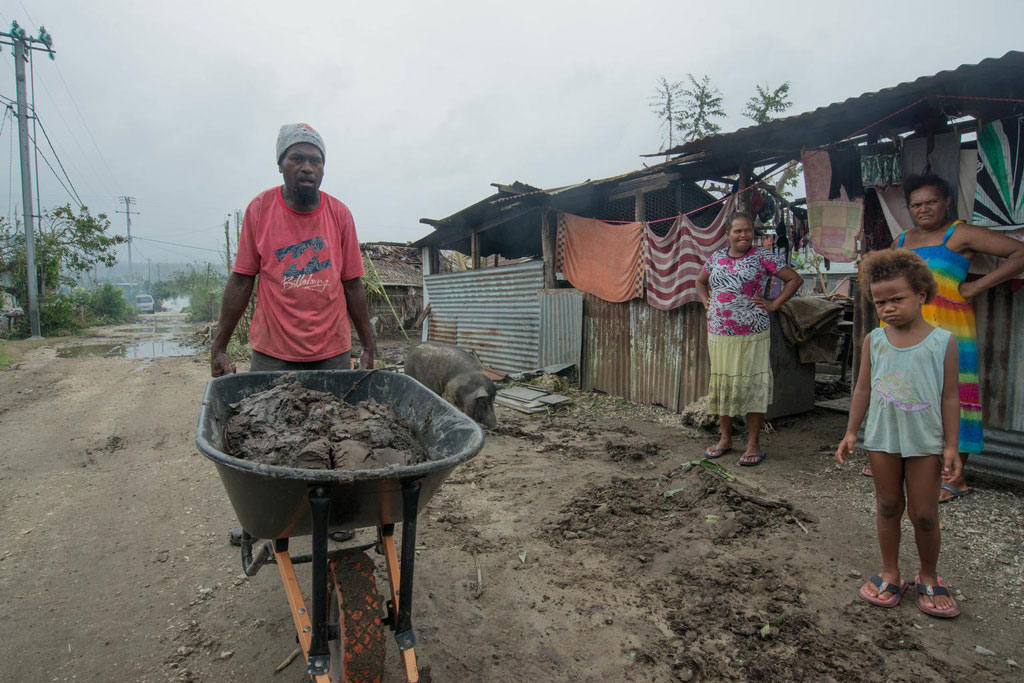 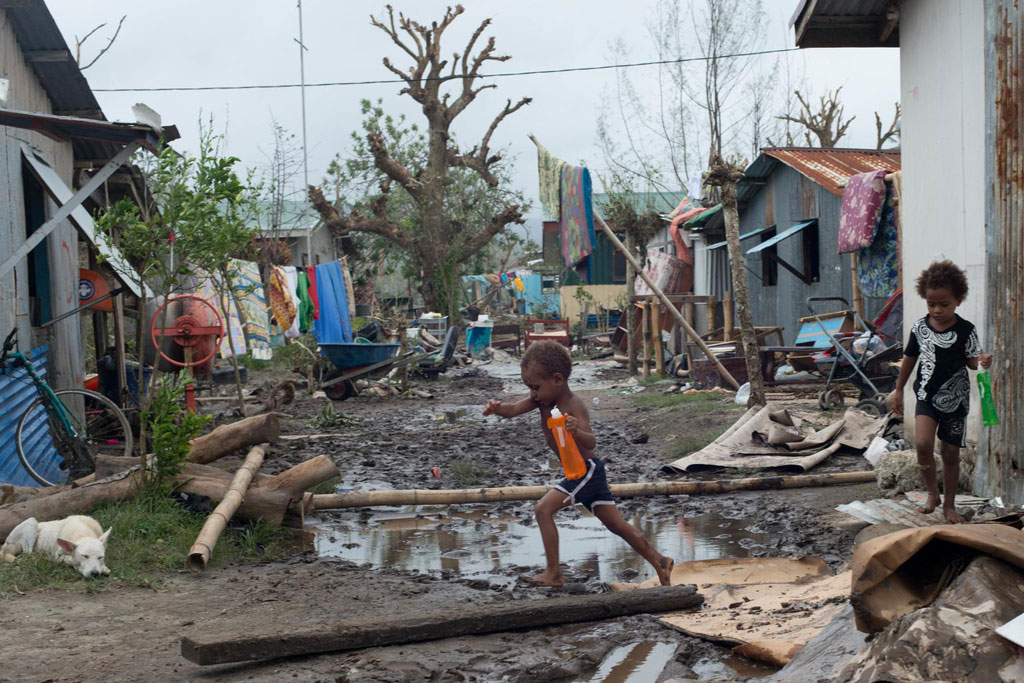 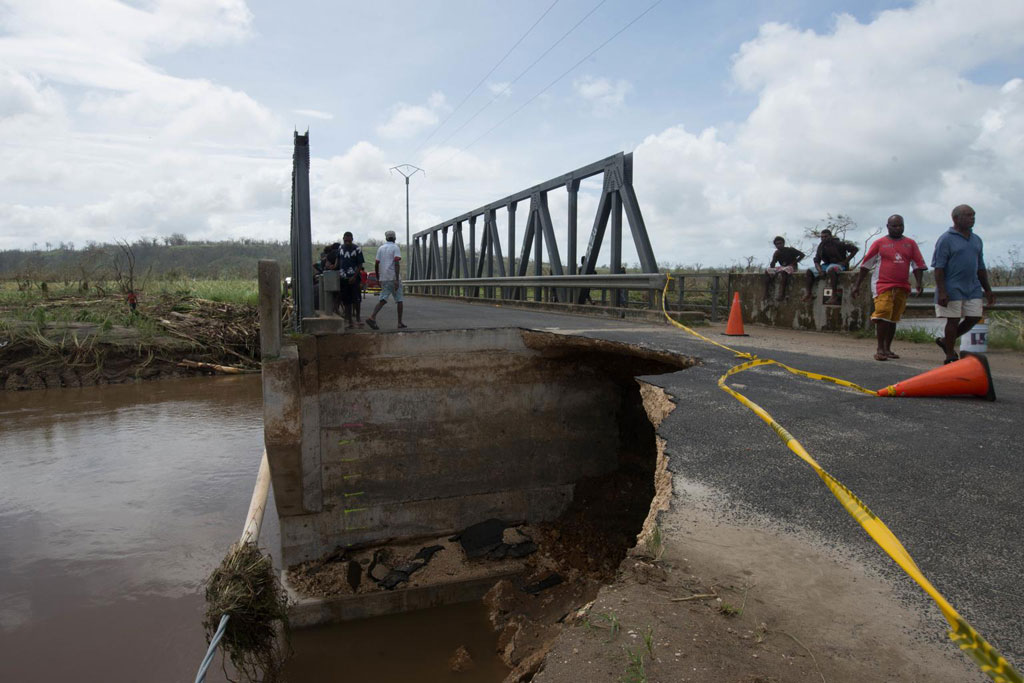 Residents contend with storm damage on the outskirts of the capital Port Vila in Vanuatu. Photos: UNICEF Pacific

“We are working closely with our partners to get the people of Vanuatu what they need as quickly as possible to respond to this devastating cyclone,” said Dr. Shin Young-soo, WHO Regional Director for the Western Pacific. “We have activated our emergency operations centre and put a support team in place to assess needs and deploy critical resources to help in the response.”

WHO is sending health and emergency response experts with supplies to Vanuatu and communicating closely with the Governments of Australia and New Zealand, the UN Children’s Fund (UNICEF) and other organizations to ensure Vanuatu gets the right resources to meet their health needs.

UNICEF, the World Food Programme (WFP) and other partners are working with the National Disaster Management Office in Vanuatu to set up and run emergency logistics hubs to assure the smooth flow of humanitarian supplies. Deaths and serious injuries have been reported, as well as the destruction of homes and restricted access to health services, food and clean water in many places.

Response efforts are complicated by damage to infrastructure, like roads and bridges, caused by the storm, while, electricity is out in many places and phones and Internet systems are down or are unreliable. The extent of the damage continues to be assessed.

UNICEF said that it has dispatched additional life-saving supplies for affected communities from its Pacific regional warehouse in Suva, Fiji, to add to emergency supplies pre-positioned in Vanuatu which it is already distributing.

“The supplies have been packed today and will be airlifted to Vanuatu tomorrow,” UNICEF Pacific Deputy Representative Isabelle Austin said. “Digicel provided a free airlift and volunteers helped pack the supplies through the night at a warehouse in Suva.”

Five basic health kits are being shipped, each of which covers 10,000 patients, along with 1,508 school backpacks with stationery supplies. The supplies are intended to respond to immediate needs and to address serious concerns about risks to children’s and families’ health and hygiene, as well as children’s learning and psycho-social needs. They are being moved to Vanuatu as Government and humanitarian partners begin comprehensive assessments that will almost certainly find extensive additional needs outside the capital of Port Vila and on other islands.

UN peacekeeping mission in Timor-Leste comes to an end

Amid reports that powerful Cyclone Pam has impacted at least half the population of Vanuatu, the country's President, attending a United Nations conference under way in Japan aiming to reduce disaster risk, appealed for international support in anticipation of large-scale needs.