Thousands of people gathered today in New York to march from United Nations headquarters to Times Square in commemoration of International Women's Day and to demand greater efforts by Governments to achieve gender equality worldwide.

Among the many distinguished speakers who addressed marchers, the Secretary-General, Ban Ki-moon, sounded a call for global action for women.

“When you hold back half of our population, we cannot realise 100 per cent of our potential,” he said. “We have to fully respect and use the potential of all of our women.”

Mr. Ban praised the commitment of those present to gender equality, saying women had to be “front and centre” in the world, especially on issues like peace and development.

“Progress has been too slow; uneven,” he said as he recalled that it was 20 years since the Beijing Declaration and sounding a rallying cry for the “step it up” campaign to reach Planet 50:50 by 2030.

In her address to the gathered crowd, Phumzile Mlambo-Ngcuka, Director-General of UN Women, stressed how rational equality is and the many benefits that stem from boosting the status of women. 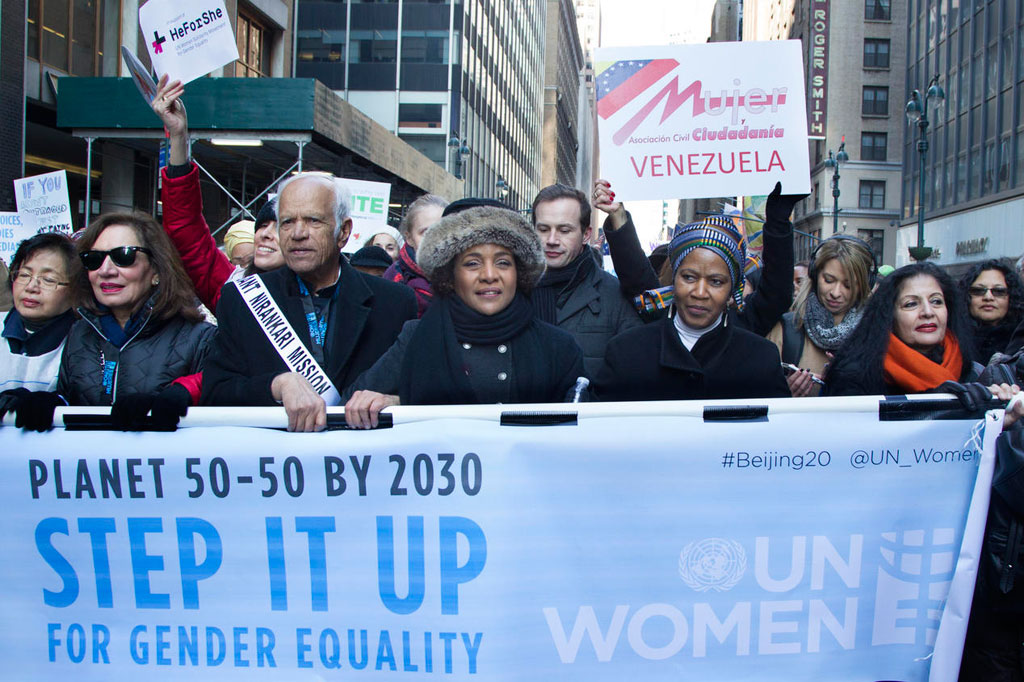 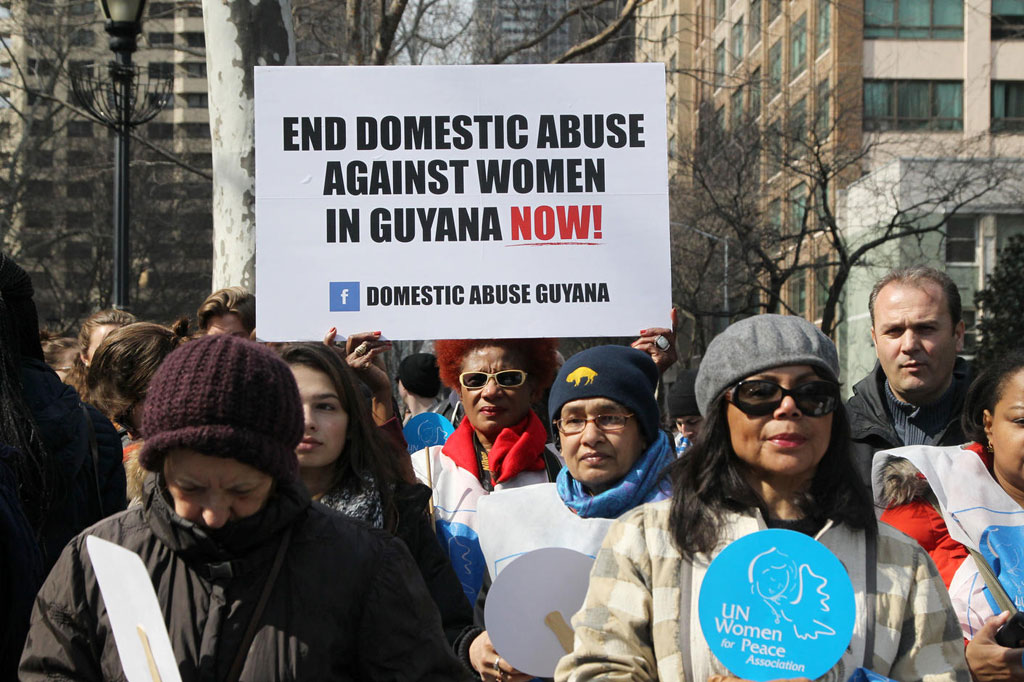 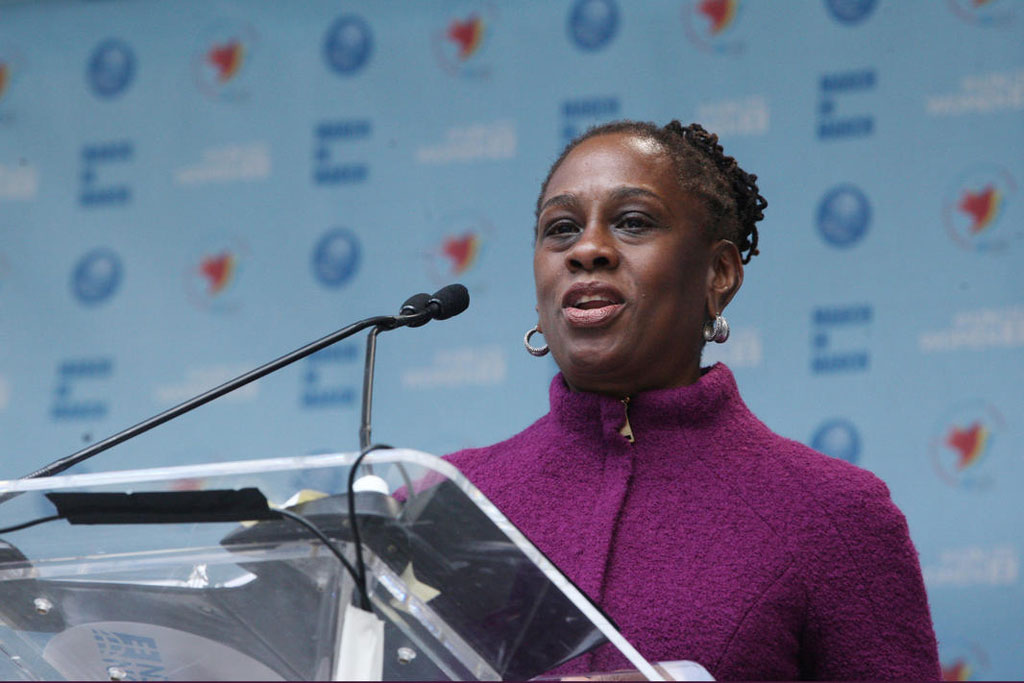 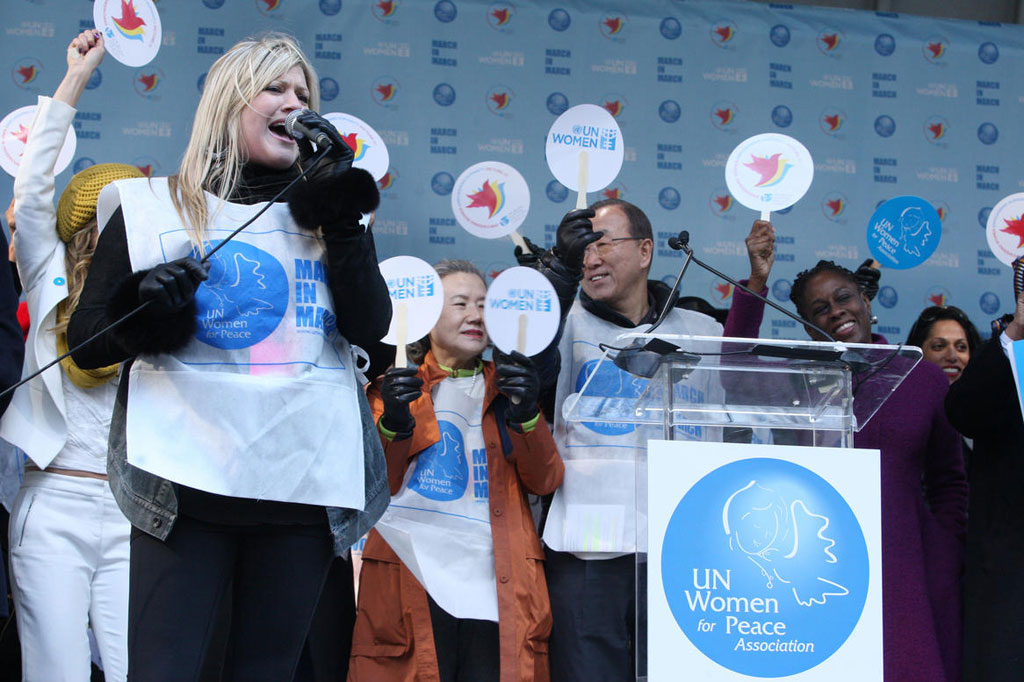 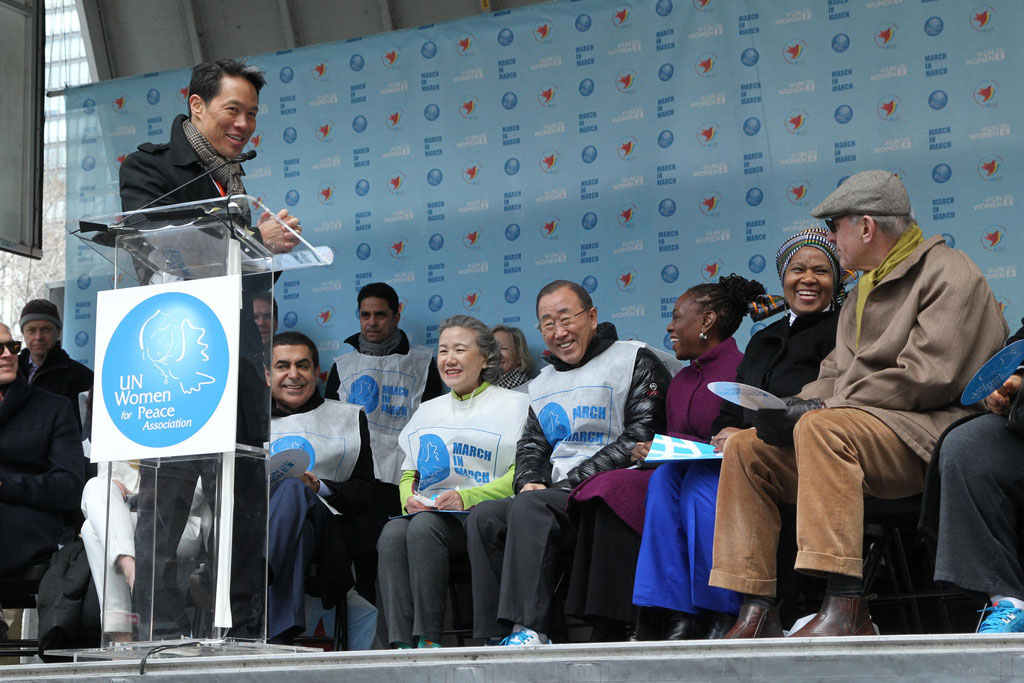 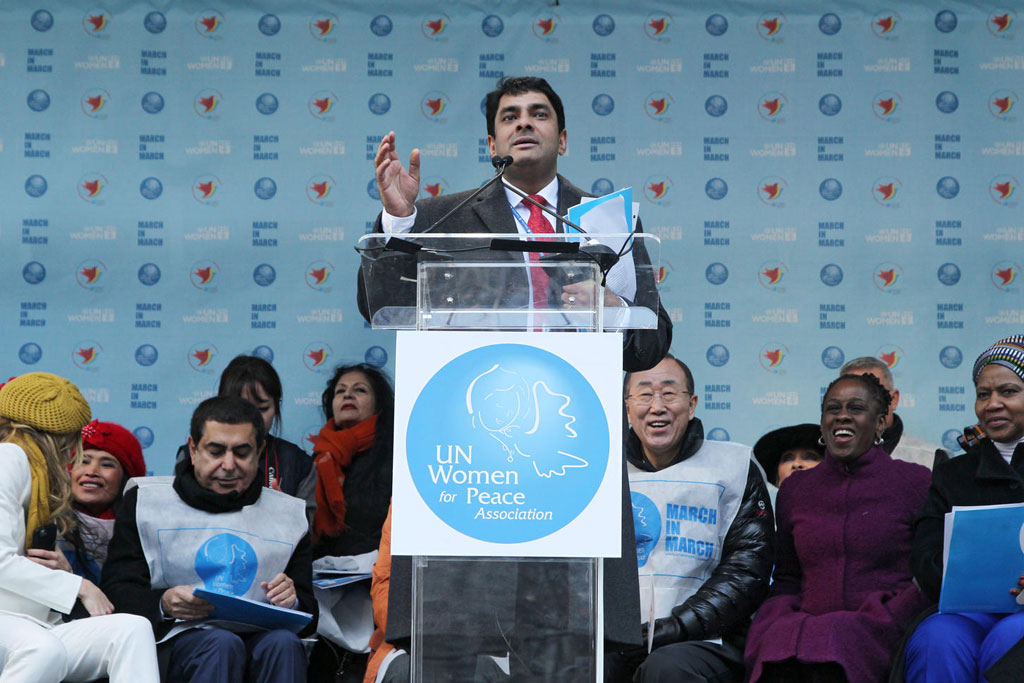 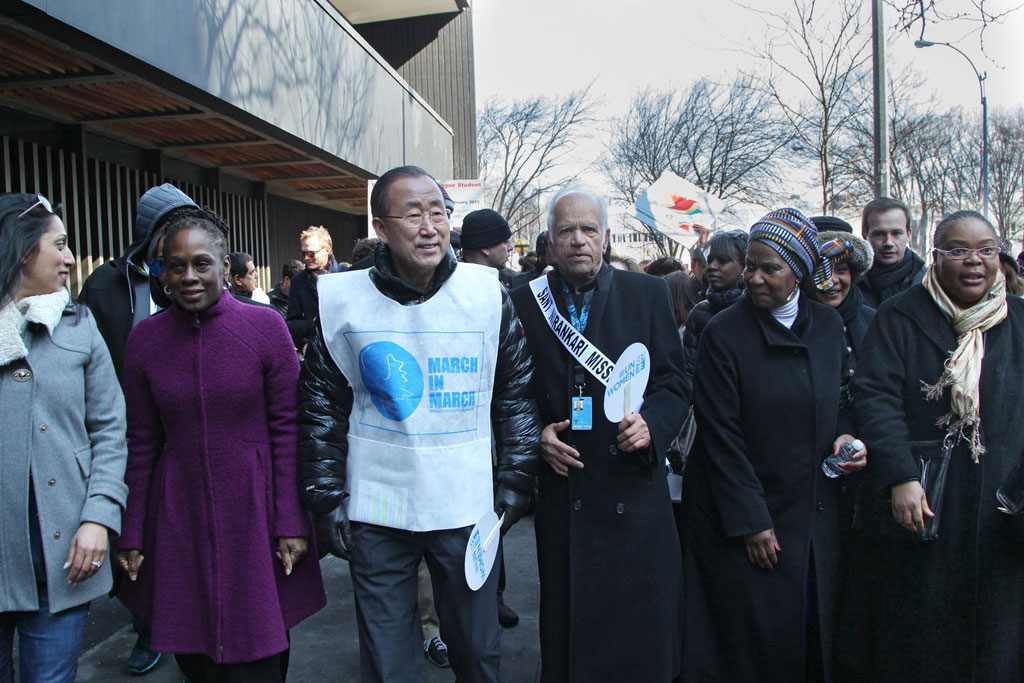 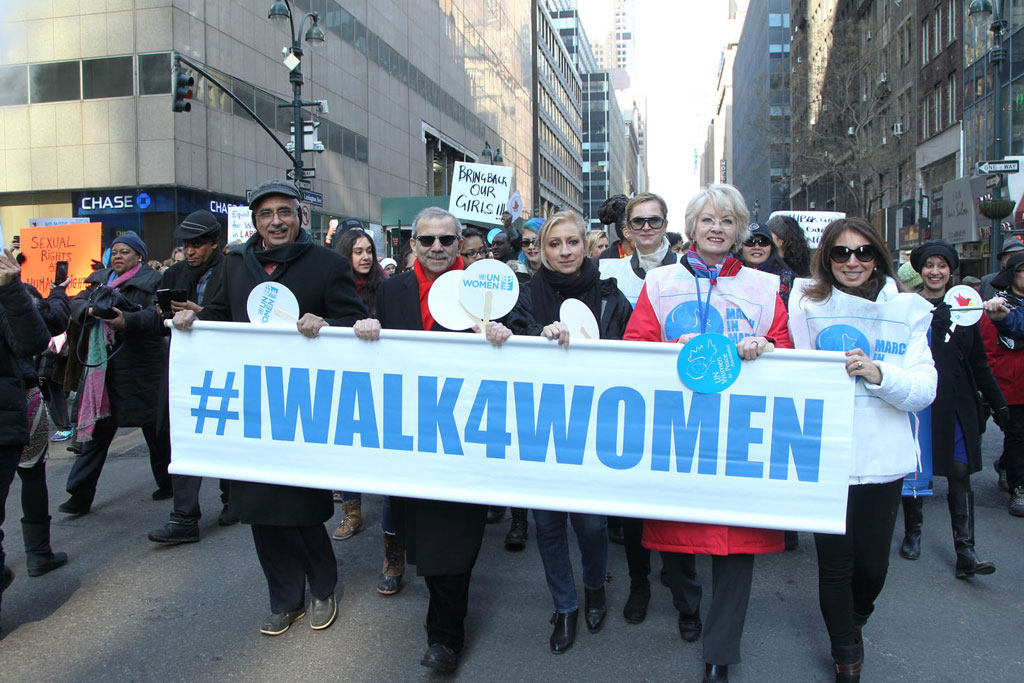 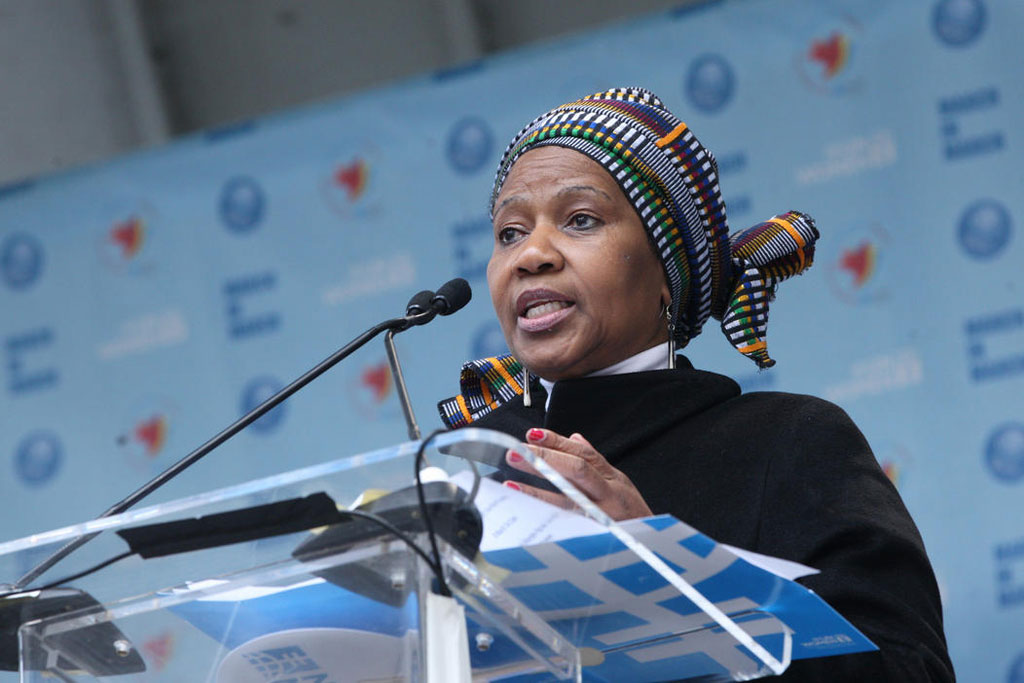 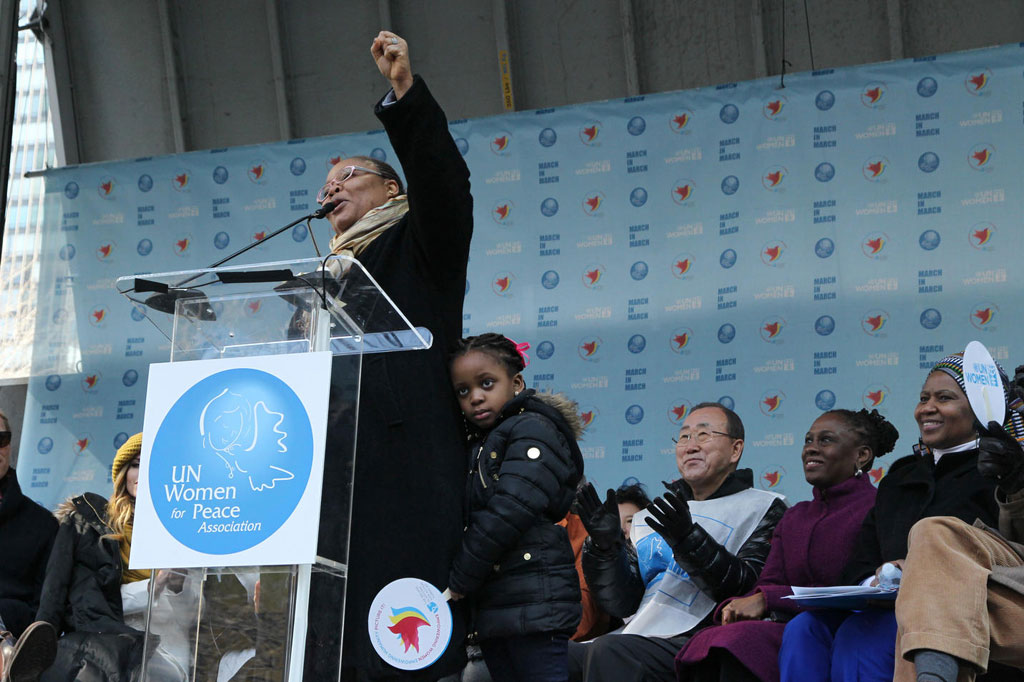 Joining Mr. Ban and Ms. Mlambo-Ngcuka on the platform were several other notables, including the Liberian peace activist, Leymah Gbowee and actor Paul Bettany.

Ms. Gbowee painted a vivid metaphor to describe the situation that persists in a world without gender quality, saying that by excluding the unique skills of women, global society was functioning “with one eye covered” and that was hampering its progress.

Adding his voice to calls for stepped-up efforts to improve equality and empower women, British actor Paul Bettany quoted shocking statistics about violence and abuse that girls and women face throughout their lives, including the fact that 70 per cent of women have experienced violent abuse from an intimate partner and that 120 million girls worldwide, each year experience sexual violence.

“Here, in the US, over 80 per cent of girls in the eighth through 11th grades will experience sexual violence,” he said. “That's a statistic I can understand because I have a daughter and I can imagine what will likely befall eight out of 10 girls in her class. And that is abhorrent, it's unacceptable and it must end.”

♦ Receive daily updates directly in your inbox - Subscribe here to a topic.
♦ Download the UN News app for your iOS or Android devices.
UN70|women