UN Photo/Jean-Marc Ferré (file)
Participants in the Libyan Political Dialogue on arrival at the UN Office in Geneva on 14 January 2015 to start a new round of talks aimed at resolving Libya crisis.
3 March 2015

A new round of United Nations-facilitated talks aimed at resolving Libya’s political crisis will kick-off later this week as stakeholders from the North African country prepare to gather in Morocco, the United Nations Support Mission in Libya (UNSMIL) has announced.

“The parties underscored the need to urgently resume the dialogue process as the only viable means of finding a peaceful solution to Libya’s political crisis and bringing a durable end to the military conflict that has brought much suffering to the Libyan people,” the Mission confirmed in a statement issued earlier today.

UNSMIL noted that the parties had agreed to the UN proposal for the upcoming round of talks and were prepared to focus on addressing the formation of a government of national unity, including the discussion about the future prime minister and deputy prime ministers.

Moreover, the Mission added, the stakeholders would also discuss security arrangements to pave the way for a comprehensive ceasefire, the phased withdrawal of all armed groups from towns and cities, measures for weapons and arms control, and adequate monitoring and implementation mechanisms as well as the completion of the constitution drafting process within clear timelines.

“The Libyan people have paid a huge price and have suffered much over the past months,” continued the statement. “At this critical juncture in Libya’s transition and in view of a rapidly diminishing window of opportunity for a peaceful resolution of the conflict in Libya, UNSMIL appeals to all parties to approach the next round of talks with a spirit of constructive engagement and strong sense of national responsibility.”

The Mission also called for an immediate cessation of hostilities in order to create “a conducive environment for the talks” and urged all parties to “desist from engaging in reciprocal attacks that only serve to escalate tensions and contribute to further violence.”

The planned meeting follows recent political and security developments, particularly the recent deadly terrorist bombings in the city of Al-Qubbah and the decision of the House of Representatives in Libya to suspend its participation in the political dialogue. The latest wave of violence has further rattled the war-weary nation, in conflict since the beginning of its civil war in 2011, which resulted in the ouster of late Libyan leader Muammar Gaddafi.

The attack in Al-Qubbah killed at least 45 people and injured scores of others when one bomber detonated his vehicle near a gas station on 20 February. The initial bombing was immediately followed by two car explosions near the home of Libya's Speaker of the House of Representatives and the Government's security headquarters.

The Mission noted that all parties expressed their “unequivocal condemnation” of the terrorist attack and outrage at “the senseless loss of innocent lives.”

In addition, Special Representative of the Secretary-General Bernardino León, who also heads up UNSMIL, stressed that “the most effective tool for countering the danger posed by terrorist groups” remained the enforcement of Libyan unity. As a result, he stressed the UN’s “unwavering commitment” to supporting the future national unity government against terrorism. 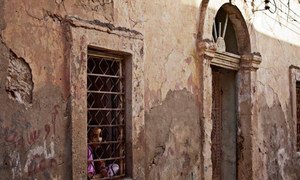 The United Nations Security Council has strongly condemned yesterday's deadly bomb attacks in al-Qubbah, Libya, claimed by an affiliate of the Islamic State in Iraq and the Levant (ISIL), also known by its Arabic acronym, Da'esh.