Secretary-General Ban Ki-moon has called on the Government of Paraguay to join forces with the United Nations and forge ahead in framing the post-2015 agenda for a new generation of sustainable development goals, noting that the country had “an important role to play across the board.”

“We need sustainable and inclusive development for all,” Mr. Ban declared today during a joint press briefing with Paraguay’s President Horacio Manuel Cartes Jara in the country’s capital of Asunción. “At this decisive moment, we must work together to end poverty and transform lives while protecting the planet.”

This year marks the end of implementation of the landmark UN Millennium Development Goals (MDGs), which world leaders agreed on 15 years ago in an effort to tackle poverty and climate change and to pave the way towards a more gender equal global society. The new targets, to be known as the sustainable development goals (SDGs), are defining the way forward on the world’s most pressing issues until the next critical deadline in 2030. 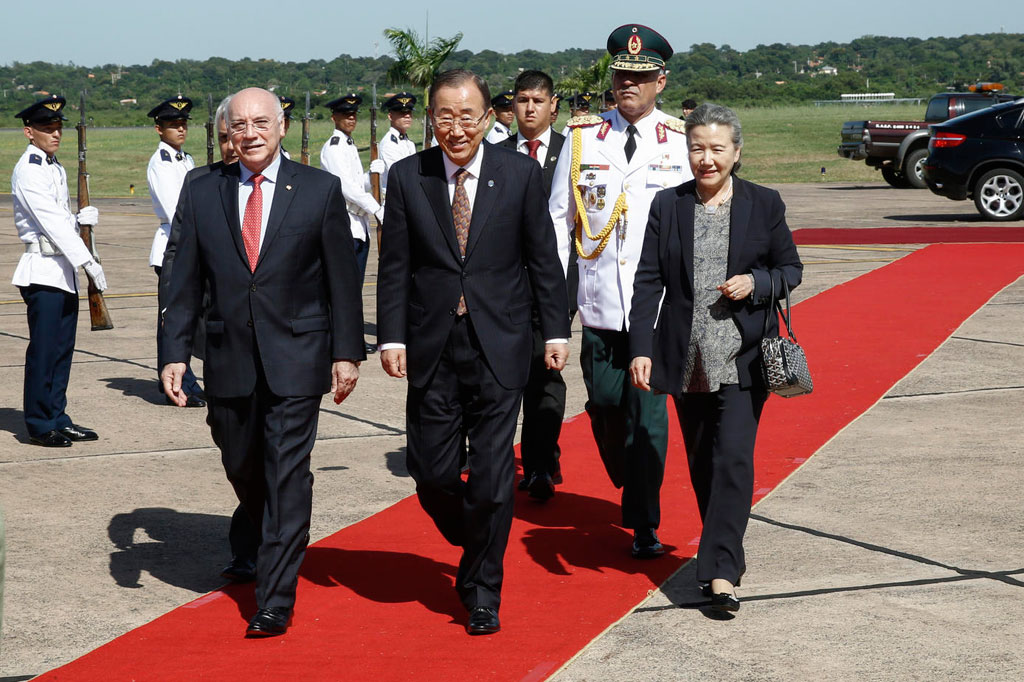 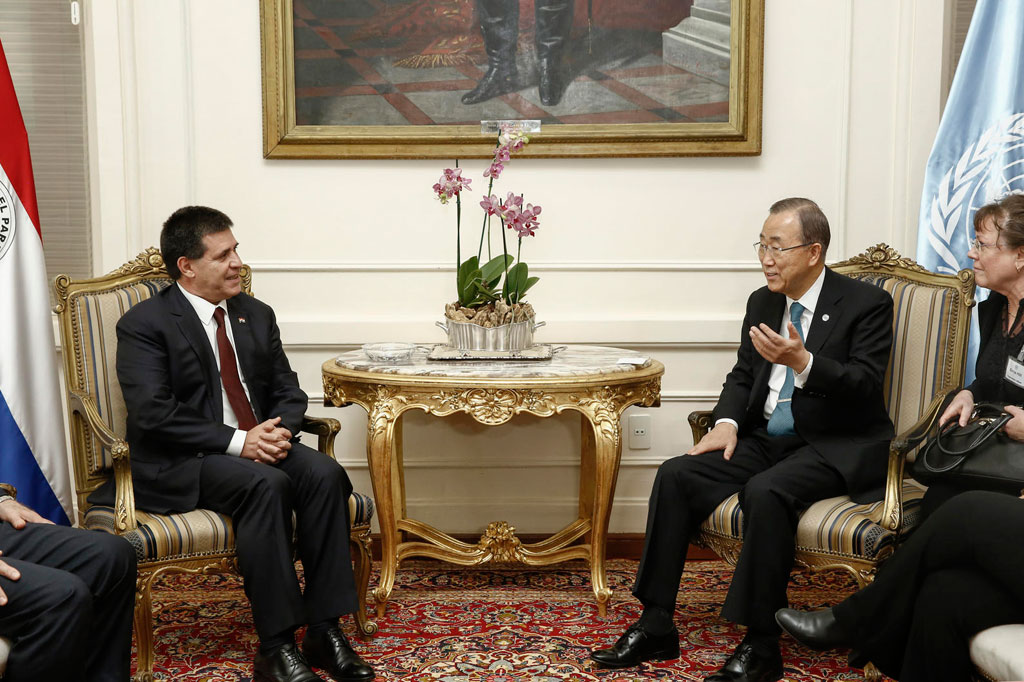 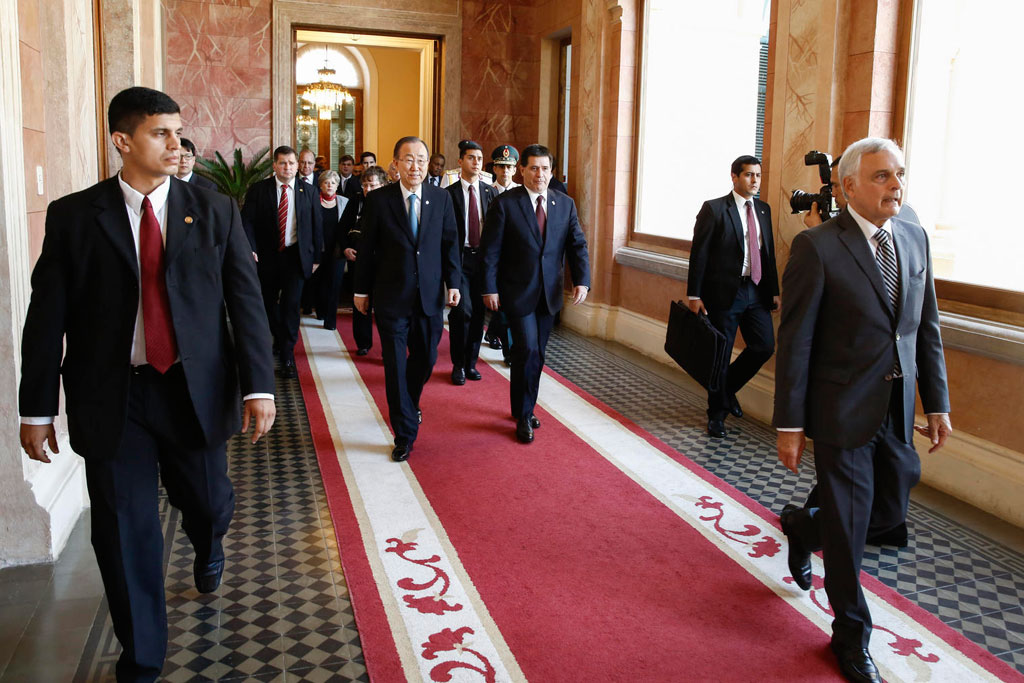 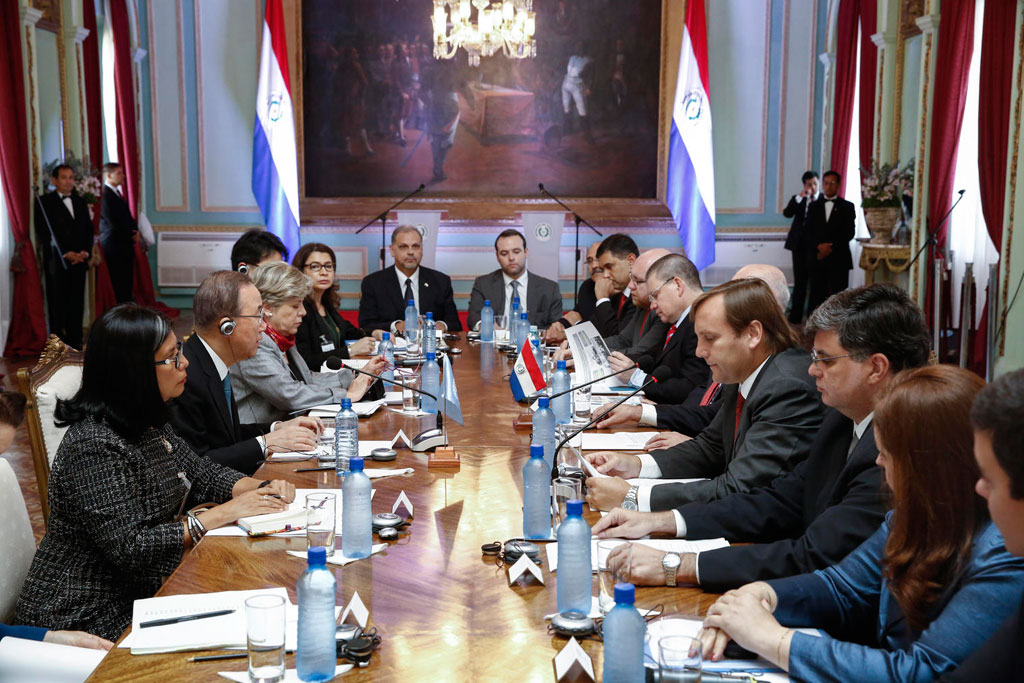 In Asuncion, Secretary-General Ban Ki-moon meets with the Social Cabinet of the Presidency of Paraguay at the Government Palace. UN Photo/Evan Schneider

In Asunción, Mr. Ban “warmly congratulated” Mr. Cartes on Paraguay’s “impressive achievements” in reducing poverty and striving to meet the MDGs. More Paraguayans are currently enjoying better access to education and health care, he observed, and an increasing number of families are gaining access to clean water and sanitation.

At the same time, the country was experiencing the damaging effects of global warming despite not being a large contributor to global emissions.

“Paraguay is already feeling the impacts of climate change – ranging from increased flooding to prolonged droughts,” Mr. Ban continued. He added that at the Paris climate conference in December the world would have “the chance to adopt a meaningful, universal agreement to tackle climate change.”

The Secretary-General, who travels tomorrow to Paraguay’s famed ITAIPU hydroelectric dam, also celebrated the South American country for its ongoing contributions to the UN – from the Paraguayan peacekeepers serving in eight countries around the world to the country’s “leadership in advancing the special needs of Landlocked Developing Countries.”

As United Nations Member States come together to launch the future sustainable development agenda, 2015 seems set to be a year of momentous change for the international community.