“A decade on, the message remains that impunity will not be tolerated,” said Mr. Ban in a statement issued by his spokesperson earlier today, which underscored the Organization's commitment to supporting the work of the Special Tribunal for Lebanon, with the continued support and cooperation of the Lebanese Government.

The statement went on to reiterate the long standing commitment of the UN to the people of Lebanon on this occasion. “As Lebanon faces renewed challenges, the United Nations continues to work with the Government…alongside all Lebanese partners, to support the country in its efforts to strengthen stability and security, in line with relevant resolutions of the Security Council.”

The Hague-based Special Tribunal for Lebanon, which officially began its work in 2009, is mandated to hold trials for those accused of carrying out the 14 February 2005 bombing near the St. George Hotel in downtown Beirut that killed 23 people, including Mr. Hariri, and injured many others. The blast was so powerful that it left a crater at least 10-metres wide and two metres deep on the street, according to the Tribunal.

Following a series of other killings and bombings in Lebanon, the Lebanese Government requested that the UN create a tribunal of "international character." The UN Security Council acknowledged the request on 15 December 2005 in its resolution 1644.

The UN and the Lebanese Government signed an agreement for the Special Tribunal on 23 January 2007 and the court opened on 1 March 2009 in Leidchendam, near The Hague, the Netherlands. The also court has offices in Beirut and operates as an independent judicial organization, not a UN court. 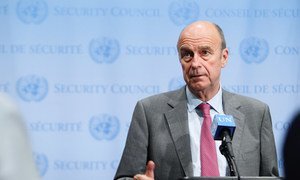 While there are still outstanding issues and underlying tensions, all parties want to maintain calm across the so-called ‘Blue Line’ that separates Israel and Lebanon, according to a former United Nations official tasked with monitoring the issue.