World leaders too often choose to violate international law and set aside moral principles, United Nations High Commissioner for Human Rights, Zeid Ra’ad Al Hussein said today, as he warned against “sinking into a state of paralysis” and called for a deeper form of education that equips people with moral courage to act toward one another with responsibility and care.

During his first visit to the United States in his capacity as the top UN human rights official, Mr. Zeid delivered a speech at the Holocaust Memorial Museum in Washington, D.C. – one week after the 70th anniversary of the liberation of Auschwitz – emphasizing that education devoid of a strong universal human rights component can be next to worthless, especially in a crisis.

“What good was it to humanity that…eight out of 15 people who planned the Holocaust at Wannsee in 1942 held PhDs?” he asked. “In the years after the Holocaust, specific treaties were negotiated to cement into law obligations to protect human rights. Countries the world over accepted them – and now alas, all too frequently, they ignore them in practice.”

While it has been 70 years since the liberation of Auschwitz extermination camp, some of the processes used by the Nazis to carry out humanity’s largest organized destruction are being implemented again today by Islamic State of Iraq and the Levant (ISIL), explained Mr. Zeid. 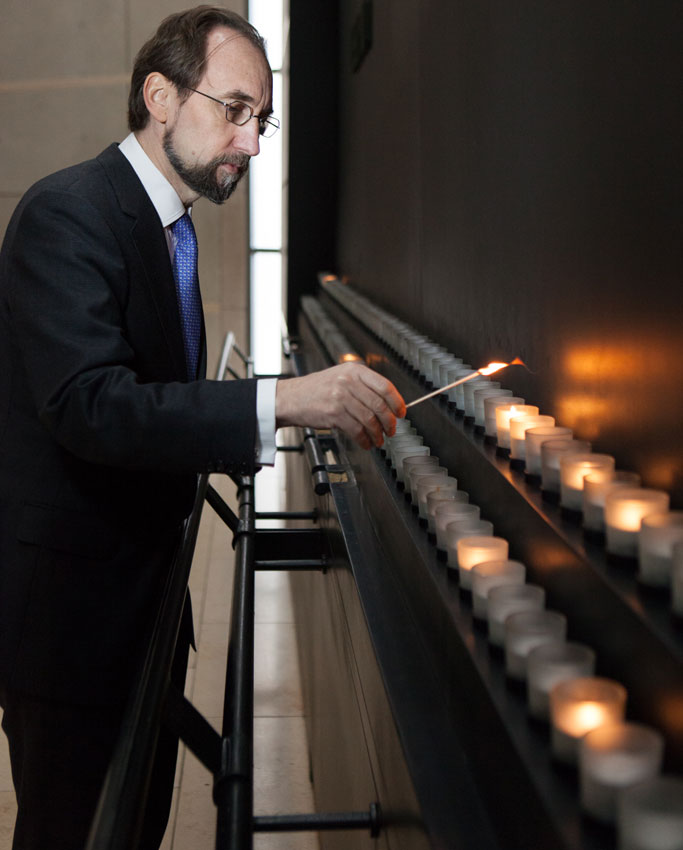 “This logic is abundant around the world today: I torture because a war justifies it. I spy on my citizens because terrorism, repulsive as it is, requires it. I don’t want new immigrants, or I discriminate against minorities, because our communal identity or my way of life is being threatened as never before. I kill others, because others will kill me – and so it goes, on and on.”

Since the world cannot afford “sinking into a state of paralyzing shock…the task is to strengthen our ethics, clarity, openness of thought, and moral courage,” calling for new battle lines to combat extremism – based on the struggle for minds.

“Children need to learn what bigotry and chauvinism are…they need to learn that blind obedience can be exploited by authority figures for wicked ends. They should learn that they are not an exception because of where they were born, how they look, what passport they carry, or the social class, caste or creed of their parents; they should learn that no one is intrinsically superior to her or his fellow human beings,” said Mr. Zeid.

The world needs “profound and inspiring” leaders who fully observe human rights and humanitarian law and all the treaties drafted to end discrimination, poverty, war, “with no excuses.” Only then, can we help ourselves out of the “supply of crises that threatens to engulf us,” the UN rights chief emphasized. 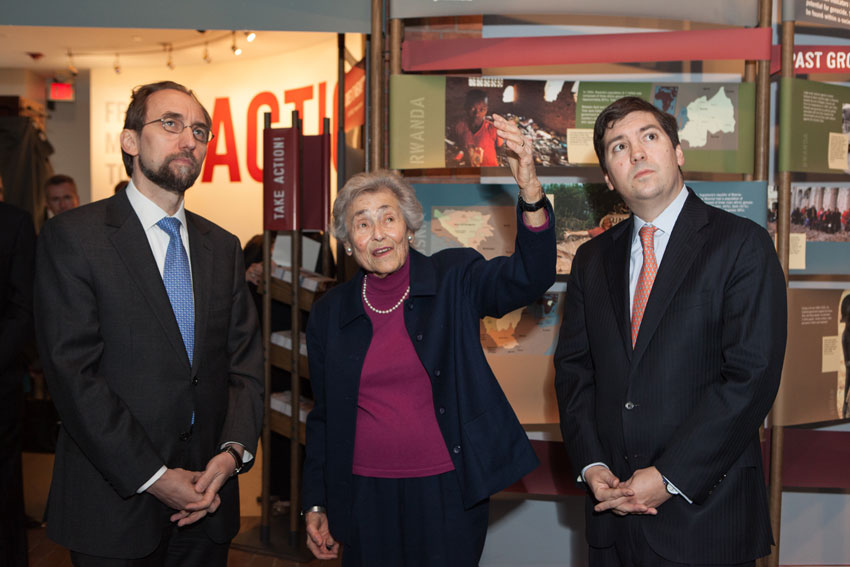 It is obvious, Mr. Zeid continued, that forceful reprisals against atrocities – including “the savage burning of my compatriot the pilot Mu’ath al Kassassbeh” by ISIL – have had limited impact. Leaders must adopt a “battle-line based on ideas,” to speak out against Takfiri ideology (when one believer apostasies another believer and condemns them as impure). The movement to end that dangerous ideology must be waged by Muslim leaders and Muslim countries, he said.

“Just bombing them or choking off their financing has clearly not worked…for these groups have only proliferated and grown in strength,” he said. “The space for dissent in many countries is collapsing under the weight of either poorly-thought out, or indeed, exploitative, counter-terrorism strategies.” 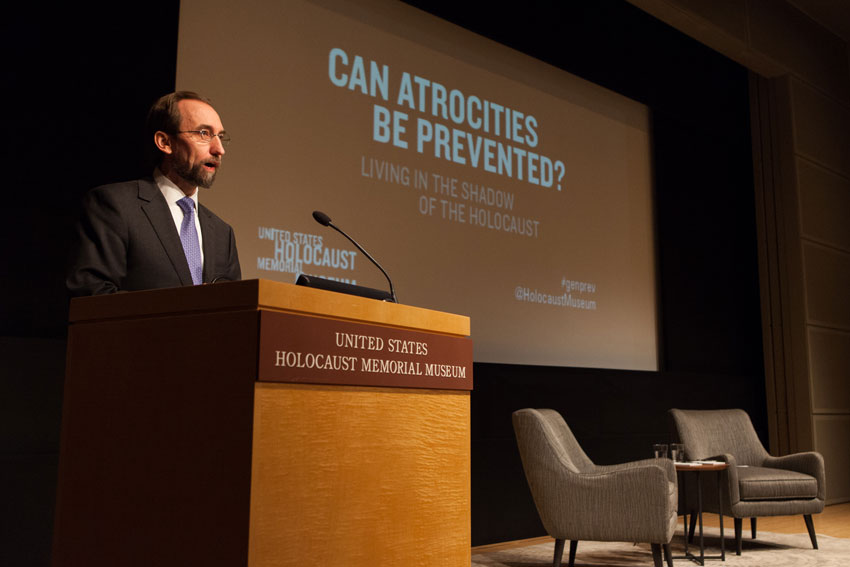 Few crises erupt without warning, he continued. Extremist ideas and violence manifest from years of tyranny, inequalities, fear and bad governance. They build up over years – even decades – of human rights grievances and the denial of basic economic and social rights.

He insisted that atrocities can be prevented and extremism curbed through better, human rights-based global leadership and a fundamental rethink of education. “Surely we now know, from bitter experience, that human rights are the only meaningful rampart against barbarity.”

Ban welcomes measures announced by US to help prevent genocide

Ahead of the International Day of Commemoration in Memory of the Victims of the Holocaust, taking place tomorrow, the United Nations High Commissioner for Human Rights issued a statement to mark the “forever solemn day” when the Auschwitz-Birkenau Nazi death camp was liberated.