The emerging United Nations-led sustainability agenda, to be crafted around a set of sustainable development goals, must be inspired by and inspiring for the world’s young people, the President of the UN Economic and Social Council (ECOSOC) said today as he closed the Council’s annual Youth Forum with a call for young people to amplify their voices and become more involved in building “the future we want.”

“Our challenge now, dear young colleagues, is to continue these efforts well beyond 2015, with the same enthusiasm we have seen during these two days,” said Martin Sajdik, commending participants for placing a "youth lens" on the multiple development challenges facing young people today, especially in Africa.

The fourth annual ECOSOC Youth Forum coincides with the 20th anniversary of the World Programme of Action for Youth as well as the 20 year review of the Beijing Declaration and Platform for action, which addressed challenges facing women and girls.

“This year’s Forum is a timely opportunity to advance the global development agenda with youth at its centre,” Mr. Sajdik continued. “Young people across regions now have had opportunities to contribute to the discussion on what it will take to effectively transition from the MDGs (Millennium Development Goals) to the SDGs (sustainable development goals),” he said, drawing attention to the landmark, largely anti-poverty targets adopted in 2000 and the set of successor goals – to be focused on people and the planet, and underpinned by human rights – currently being negotiated.

Mr. Sajdik said that he intended to issue an ECOSOC Presidential Statement which captures the “key messages and bold suggestions” spotlighted by the young participants in the Forum, that can help the international community achieve a truly transformative sustainable development agenda. 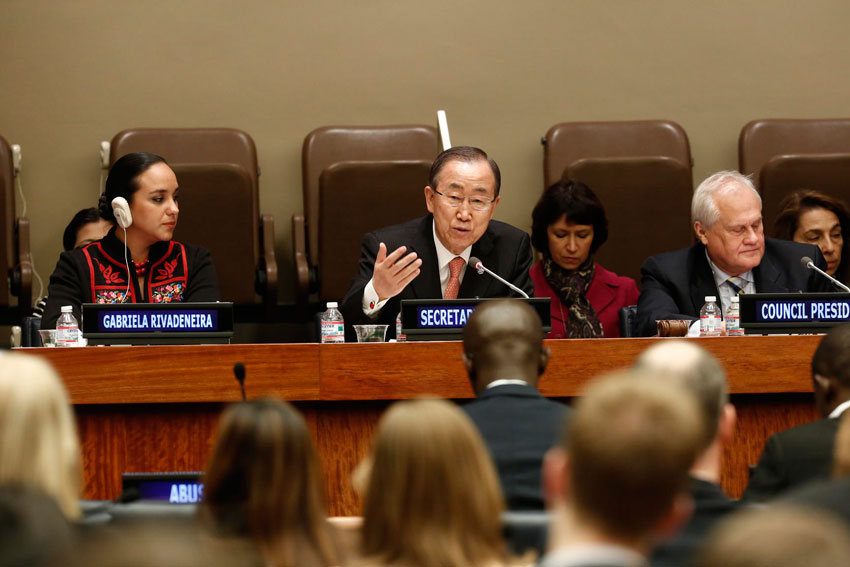 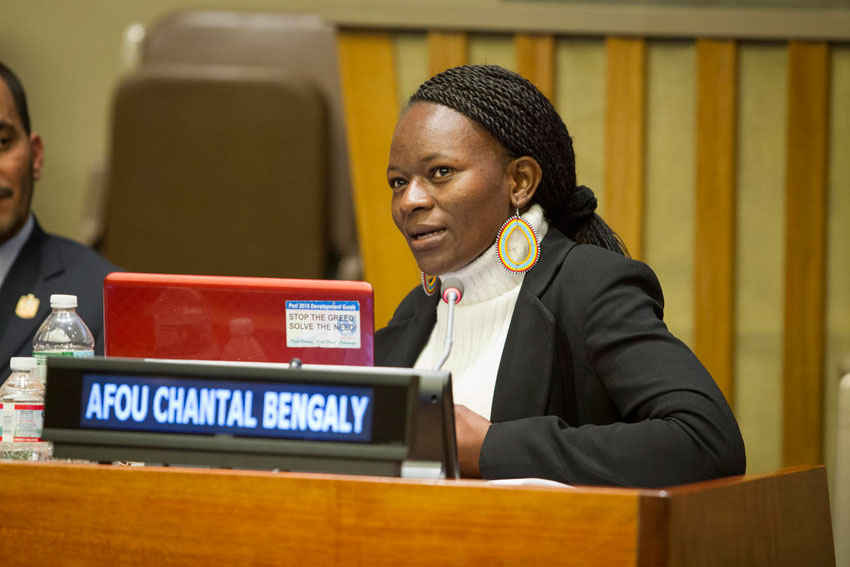 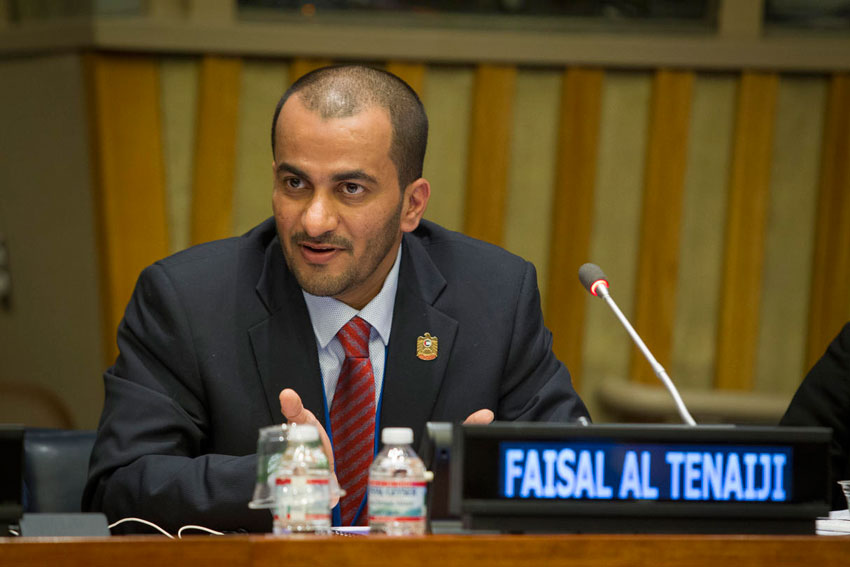 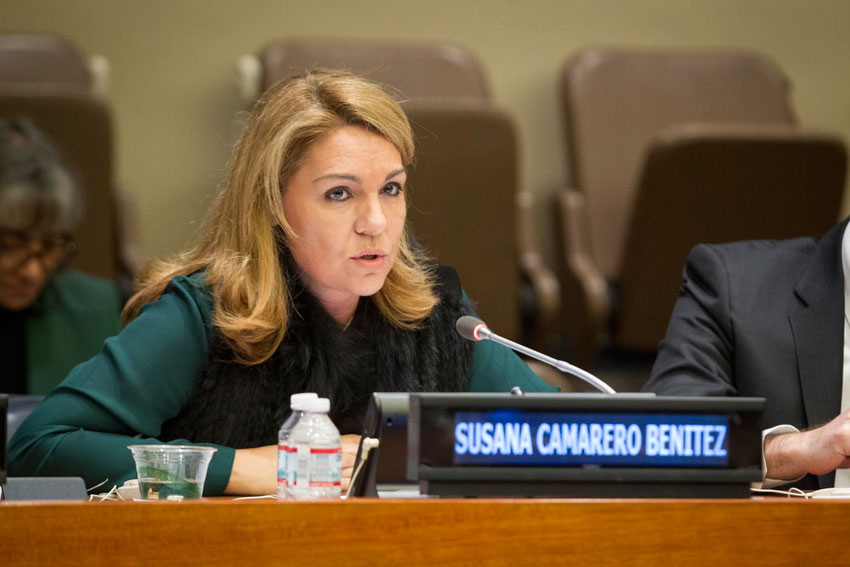 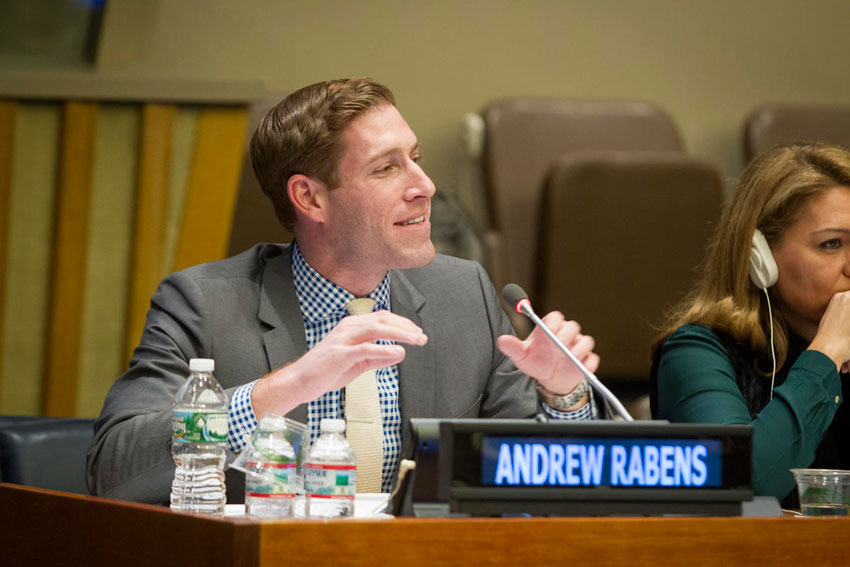 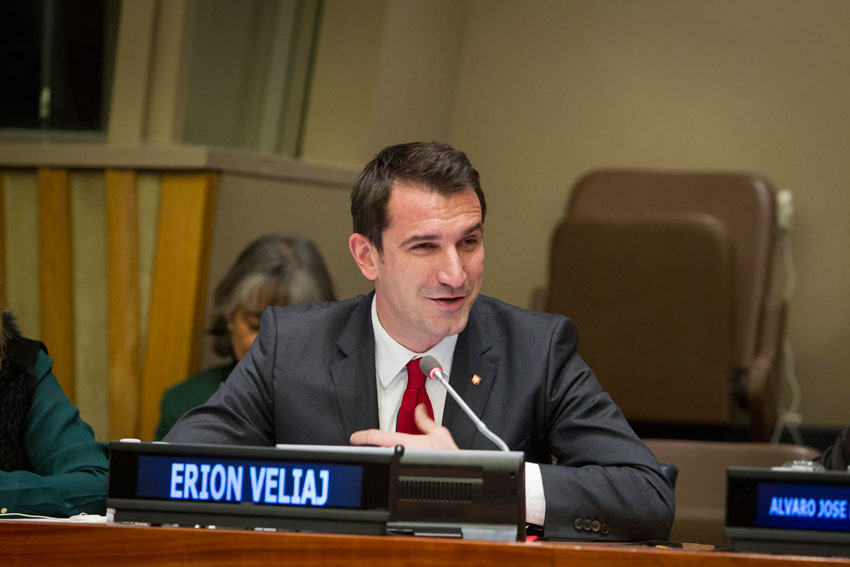 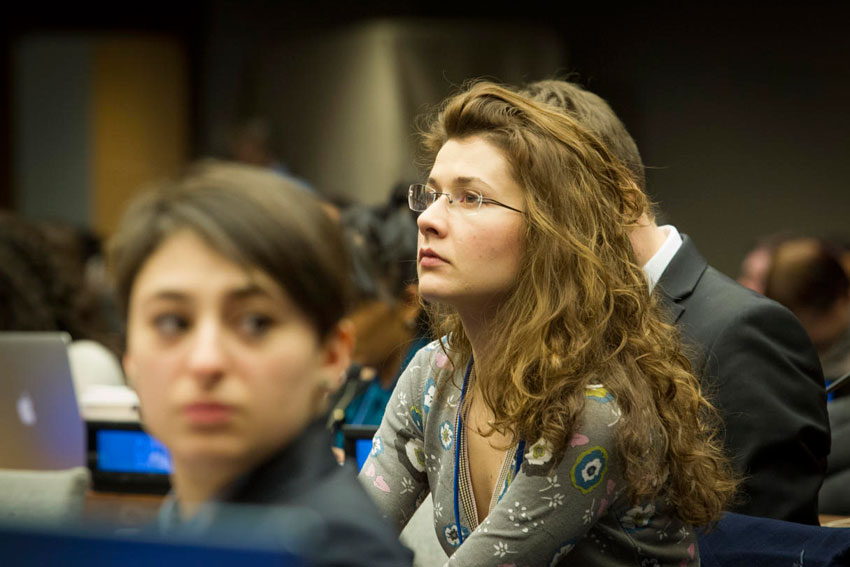 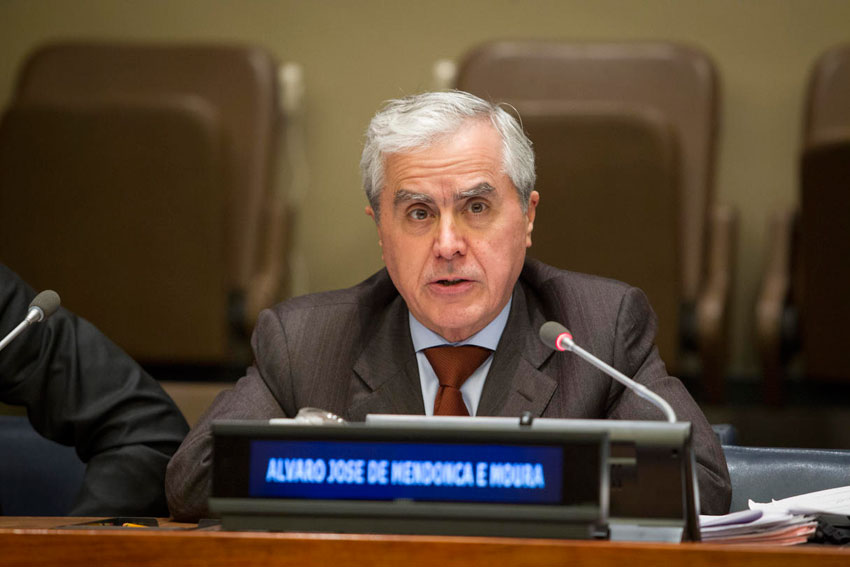 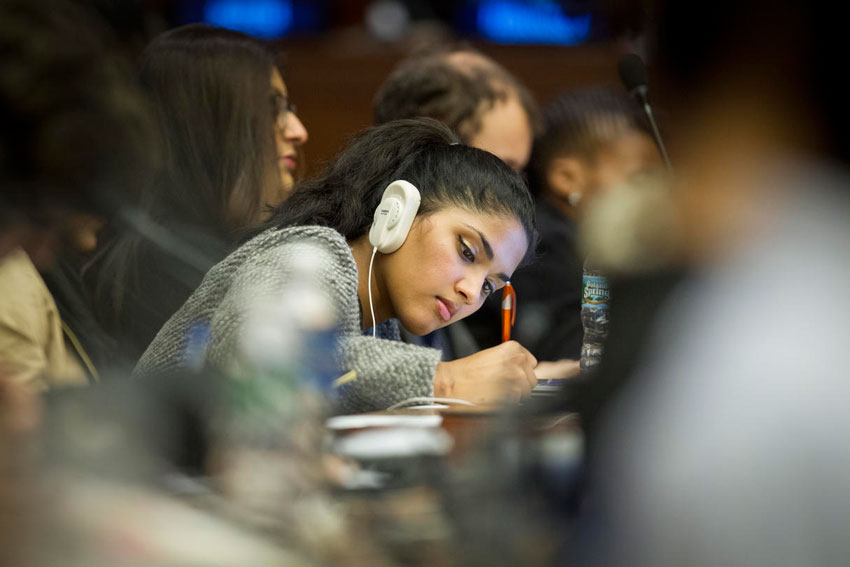 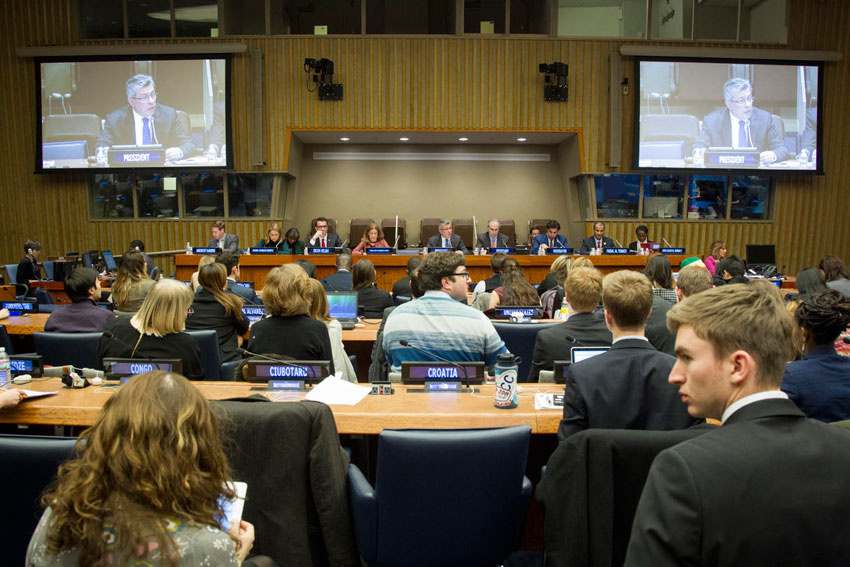 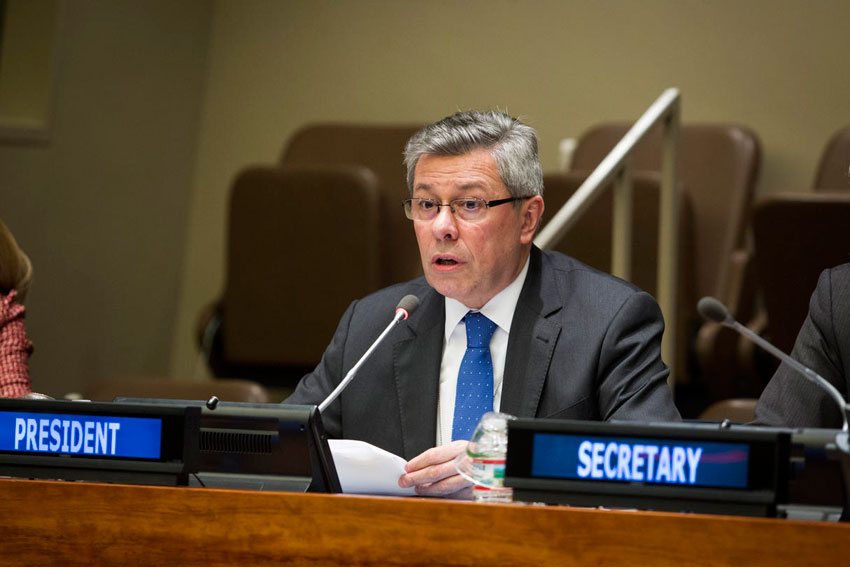 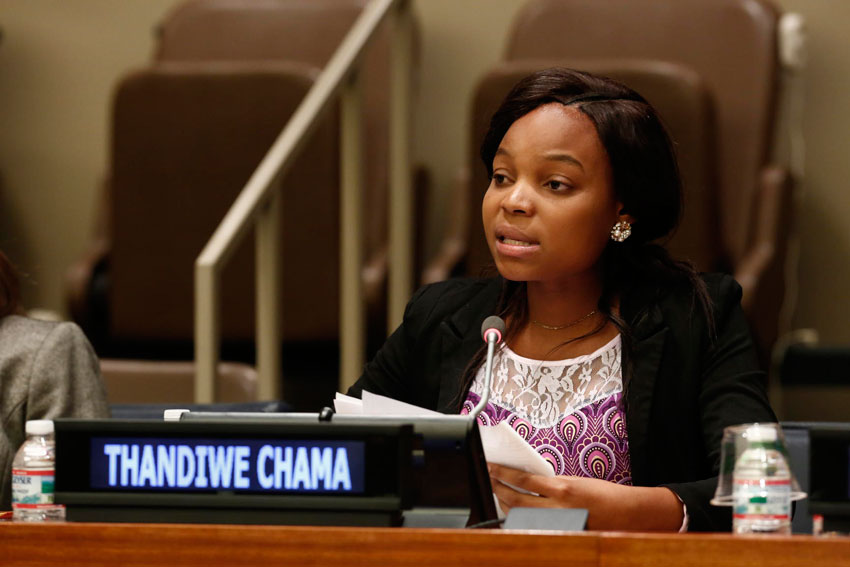 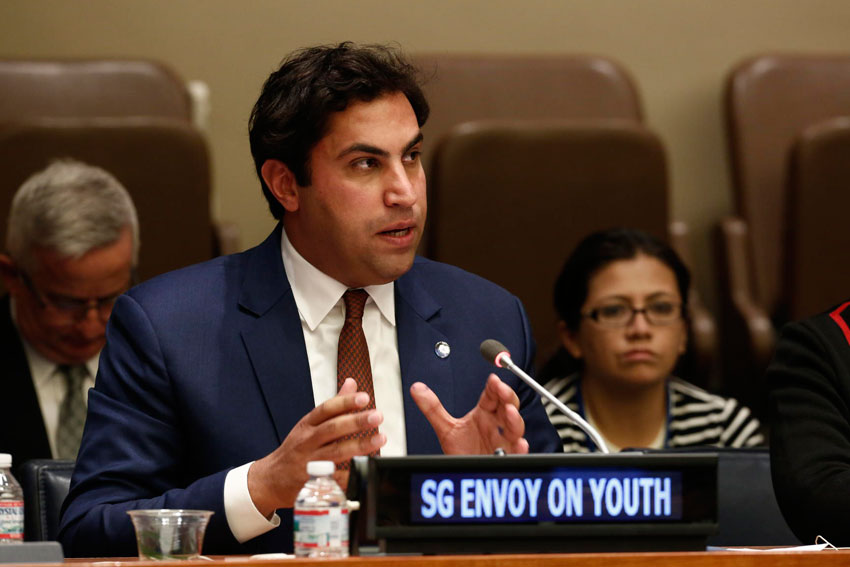 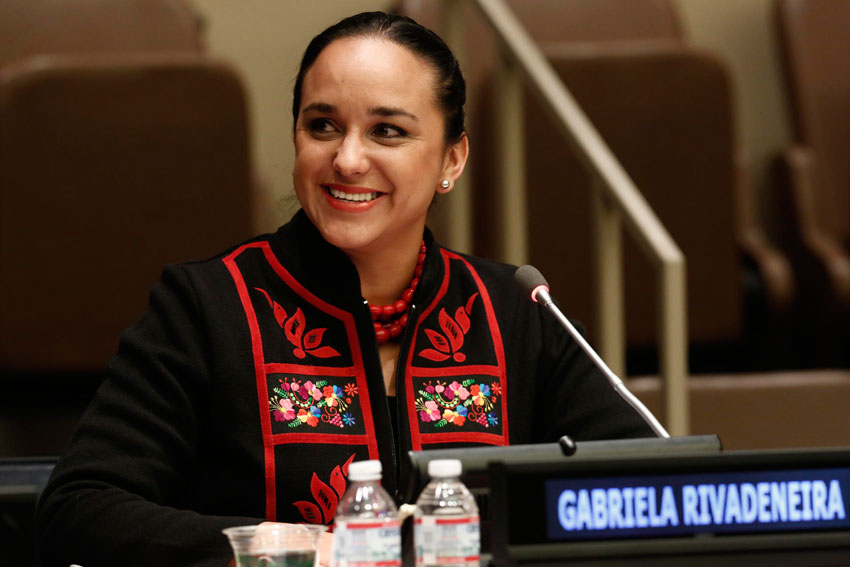 Among those, he highlighted the Global Youth Call, which was first presented by the Secretary General’s Envoy on Youth during the 2014 Youth Forum; the continued gender discrimination and key challenges faced by young women and girls in all spheres of life; the continuing youth unemployment crisis and the urgent need to address the transition from school to work; and the need to back all efforts to arrive at an effective framework of targets and indicators for the post-2015 development agenda that duly reflect the needs and priorities of youth.

In her closing remarks, Helen Clark, Administrator, of the UN Development Programme (UNDP) said this year’s Youth Forum had “special significance” because of its timing, just before agreement of a sustainable development agenda which would set global priorities for development for the coming 15 years and several other ongoing global processes and anniversaries related to development. 2015 would be a “once in a generation year” she said, stressing the importance of youth engagement in all processes and dialogues.

“Today’s generation of youth is the largest the world has ever known,” she continued, adding that most of those young people live in developing countries and outlining the challenges faced daily, including disproportionate unemployment – with 75 million unemployed globally – a large number of young people affected by war and conflict, a lack of rights enjoyed by LGBTI people and a general and widespread lack of access to education and other services.

She stressed that young people are among countries’ greatest assets and need to be embraced, nurtured and development in order to reap a “huge demographic dividend,” and she called for the empowerment of youth to enable them to join in building stronger, more inclusive structures.

Describing UNDP’s Youth Strategy for 2014-17 and its vision for youth empowerment, she highlighted examples of the agency’s work to involve youth in development. That included in Liberia, where, as part of the Ebola response, 1,300 young people volunteered to help raise awareness of the disease and the basic public health measures that could stop it in its tracks. Praising that effort, she noted the credit assigned to community mobilisation efforts in turning the tide of the outbreak.

Also addressing the Forum, Ahmad Alhendawi, the Secretary-General’s Special Envoy on Youth, told participants at the closing that “it’s not every day that delegates sit side by side with young people.” This growing trend must become the norm, he said as he proposed that delegates include at least one young person to attend with them the upcoming summit on sustainable development to be held at UN Headquarters in September.

The Youth Envoy said it is critical for more mechanisms to include youth participation at all levels. The international community must acknowledge young people as solutions to the most pressing global issues instead of as problems. “Young people are an opportunity for development not a liability,” he added.

“I’m so proud of your engagement,” said Mr. Alhendawi, congratulating both delegates and youth participants on sharing “candidly” during the two-day Forum what has worked and what has not in their respective countries.

Also making closing remarks, Navid Hanif, Director of the Office of ECOSOC Support and Coordination, speaking on behalf of Wu Hongbo, Under-Secretary-General for UN Economic and Social Affairs, said the two-day Forum provided an important platform through which young people could discuss issues that are important to them as regards sustainable development. As this very important year got under way, their voices and actions would be vital to ensuring that a development agenda with people and planet at its core becomes a reality.

“As we work towards the special summit in September, where world leaders will adopt [this agenda], we must bear in mind the 17 sustainable development goals recommended by the Open Working Group, which set forth the foundations of a transformative agenda,” he continued, drawing attention to the efforts carried out during the UN-led intergovernmental negotiations over the past year.

“Young people are vital to the achievement of all these goals. Your voice has the power to transform the world in which we live. As we continue our work, we need your ideas, innovation and gumption over the next year,” emphasized Mr. Hanif, adding that as Member States move from planning to implementation, they will rely on the voices of the world’s youth “if, on the road to victory, we take a wrong turn. It will be you, the youth in this room and across the globe, who lead us to the future that we all want.”

This generation of young people – the largest the world has ever seen – has a historic opportunity to end poverty, combat climate change, create jobs and fight injustice, United Nations Secretary-General Ban Ki-moon told a Youth Forum at UN Headquarters in New York this morning as he called on the participants to get involved in shaping a future sustainable development agenda.