WHO/R. Sørensen
Highly contaminated waste is removed from an Ebola Treatment Unit and carried with caution to a disposal area, where it will be fed into an incinerator that burns it into ashes.
29 January 2015

This week, the number of new Ebola cases recorded in West Africa fell below 100 for the first time in seven months, the World Health Organization reported today as it announced that the battle against the deadly virus has shifted from slowing transmission to ending the epidemic.

This week, the number of new Ebola cases recorded in West Africa fell below 100 for the first time in seven months, the World Health Organization reported today as it announced that the battle against the deadly virus has shifted from slowing transmission to ending the epidemic.

“To achieve this goal as quickly as possible, efforts have moved from rapidly building infrastructure to ensuring that capacity for case finding, case management, safe burials, and community engagement is used as effectively as possible,” WHO said in its latest update containing data up to 25 January 2015.

The WHO announcement came as the United Nations focused on recovery aspects of the Ebola epidemic that affected Guinea, Liberia and Sierra Leone the most.

The Special Representative of the Secretary General on Ebola, Ould Cheikh Ahmed, was to participate in a UN-African Union stakeholders meeting in the Ethiopian capital on the reconstruction of the affected countries, as the Executive Boards of the UN Development Programme (UNDP), UN Population Fund (UNFPA) and the UN Office for Project Services (UNOPS) was meeting today on Ebola Recovery at UN headquarters.

According to WHO, the response to the Ebola epidemic has now moved to a second phase, “as the focus shifts from slowing transmission to ending the epidemic.” 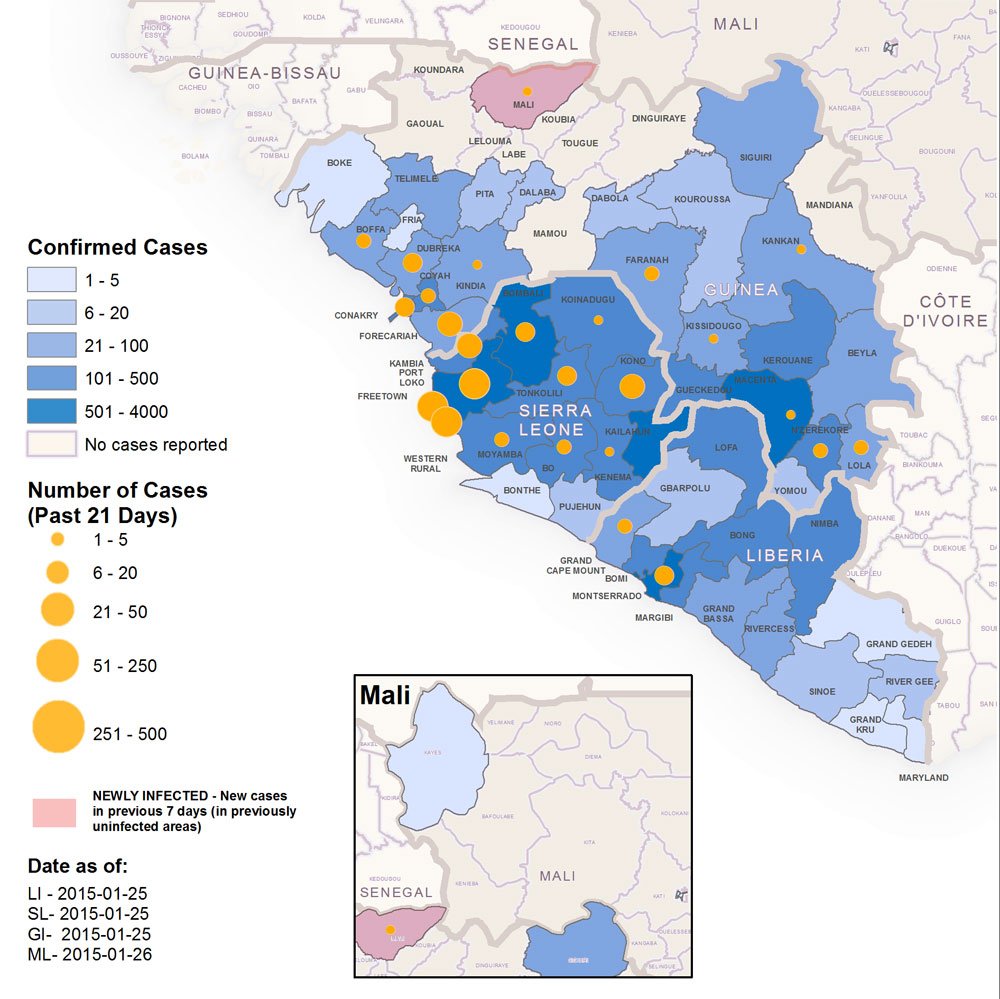 The agency in its update, said “for the first time since the week ending 29 June 2014, there have been fewer than 100 new confirmed cases reported in a week in the 3 most-affected countries.”

“A combined total of 99 confirmed cases were reported from the 3 countries in the week to 25 January: 30 in Guinea, 4 in Liberia, and 65 in Sierra Leone,” according to the WHO update. 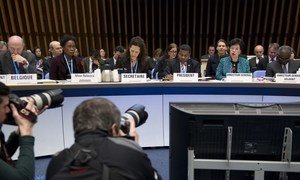 The Ebola outbreak is “clearly” in retreat throughout the affected countries of West Africa but the continuing emergency response shows the need for urgent changes so that “never again should the world be caught by surprise,” the head of the World Health Organization (WHO) told a special meeting on Ebola today.