The head of the United Nations agency mandated to defend freedom of expression and press freedom today denounced the killing of five journalists in South Sudan and an Iraqi broadcaster, who was killed while covering fighting in the north of the country.

“I condemn the killing of Musa Mohammed Dahiyah, Butrus Martin Khamis, Dalia Marko, Randa George Adam, and Adam Juma Adam,” said Irina Bokova, Director-General of the UN Educational, Scientific and Cultural Organization (UNESCO) of the deaths in South Sudan. “These deaths are a blow to freedom of information and freedom of expression and I call on the authorities to do all in their power to ensure that these essential rights are protected and that journalists can carry out their work in safe conditions.”

Two of the five journalists killed, Dalia Marko and Randa George Adam, were women. The journalists were killed along with six other civilians when unidentified gunmen reportedly opened fire on a two-car convoy on Sunday. They were travelling with local officials in the Western Bahr el Ghazal State and were hit by the second such roadside ambush to occur in the last two weeks.

Meanwhile, in Iraq, Ali Al-Ansari, a reporter for the country's Al-Ghadeer television channel, was killed while covering a military operation conducted by Iraqi Security Forces against extremist groups.

“I am deeply concerned about the loss of so many journalists reporting on the conflict in the country,” said Ms. Bokova. “The high death toll among reporters is severely curtailing the ability of the media to provide the public with critical information.”

UNESCO has long advocated for the better protection of journalists operating in dangerous environments and conflict zones and works to sensitize media organizations on the need to prepare journalists for the dangers of war reporting.

As a result, the UN agency also offers a free, downloadable book on the subject aimed at promoting greater awareness.

The UNESCO Director-General issues statements on the killing of media workers in line with Resolution 29 adopted by UNESCO Member States at the Organization's General Conference of 1997, entitled “Condemnation of Violence against Journalists.” 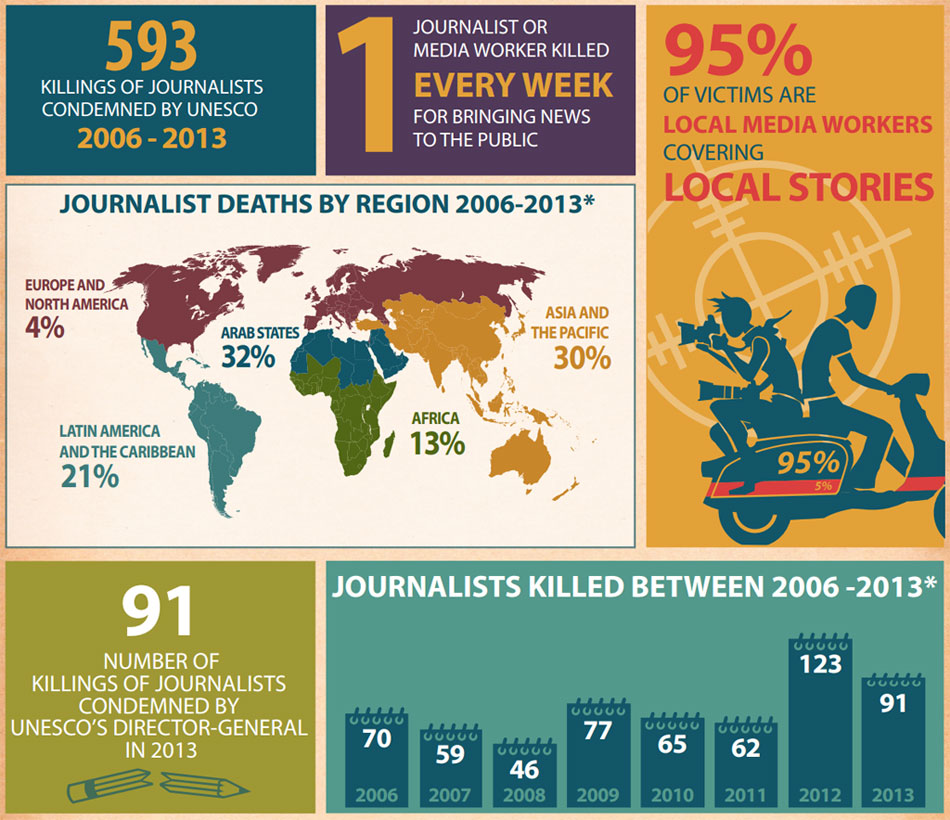 ♦ Receive daily updates directly in your inbox - Subscribe here to a topic.
♦ Download the UN News app for your iOS or Android devices.
South Sudan|Iraq 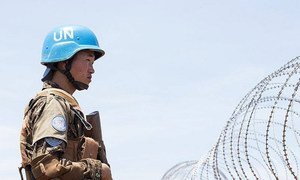 The United Nations Mission in South Sudan (UNMISS) has strongly condemned the killing of eleven civilians, five of them journalists, in a roadside ambush on Sunday.