The decision by El Salvador to pardon a woman convicted of aggravated homicide after suffering a miscarriage must “mark a turning point” for the authorities to review the sentences against all women jailed for pregnancy-related complications, a group of United Nations human rights experts said today.

Last week, the Central American nation announced that it had pardoned Carmen Guadalupe Vásquez Aldana, who suffered a miscarriage at 18 after reportedly being raped and was sentenced to 30 years in prison in February 2008.

“The decision to pardon Carmen Guadalupe Vásquez Aldana, following a judicial review which concluded that due process had been violated, reverses an appallingly unfair sentence and we wholeheartedly welcome it,” the experts said said in a statement.

“But there are many more women imprisoned on similar charges, some of them awaiting decisions on a pardon. We further urge the authorities to repeal legislation which criminalises abortion in all circumstances,” they added.

There are currently 17 women imprisoned in El Salvador on similar abortion charges. Nine of whom are currently seeking pardons; one woman was released after completing her sentence. The other six cases have already come before the Supreme Court which decided not to pardon them. The Parliamentary Assembly is due to consider the case of nine of the women in the coming month and the experts urged the competent authorities to pardon them.

“We would like to reiterate our concern that in the cases of the 17 women who were seeking pardons, sanctions were disproportionately imposed without due process,” the experts said.

Since 1997, El Salvador has had one of the most restrictive abortion laws in the world, with abortion criminalized even when the woman's life or health is at risk or in cases of rape or incest. A constitutional amendment in 1998 defined life to begin at conception. Charges against women who suffer pregnancy-related complications are often being classified as aggravated homicide, which carries not only stiffer sentences but unwarranted stigma associated with their situation.

“The total ban on abortion disproportionately affects women who are poor. Furthermore, matters relating to an obstetric complication can sometimes mistakenly be considered as abortion,” said the experts.

“El Salvador must comply with its international obligations and ensure access to sexual and reproductive health and rights, including maternal health care and access to all methods of modern contraception. Access to safe and legal abortion, at least when the pregnancy endangers the life or health of the woman; when it is the result of rape or incest, or in cases of severe fetal malformation must be ensured,” they added.

According to the World Health Organization (WHO), restrictive abortion laws do not reduce the number of abortions. Instead, they force women to seek clandestine and unsafe abortions, which jeopardise their lives and their health. 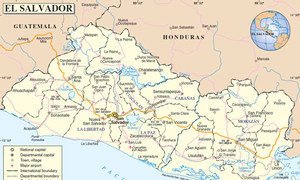