FAO/Yasuyoshi Chiba
A family of farmers watch as locust-control workers spray pesticides on their land in Madagascar’s Betroka region.
21 January 2015

The battle against a plague of locusts in Madagascar is in danger of being lost, as funding to continue efforts against widespread infestations runs out, putting 13 million people at risk of food insecurity, the United Nations agricultural agency said today.

A three-year anti-locust programme was launched by the Food and Agriculture Organization (FAO) alongside the Madagascan Government in 2013 in response to a plague that swept the country the previous year. It successfully halted the spread but the risks of relapse are high in the rainy season, which provides ideal breeding conditions, an FAO press release said.

“Taking action now is critical to ensure the significant efforts made so far, financially and technically, are built upon rather than lost,” said Dominique Burgeon, Director of FAO's Emergency and Rehabilitation Division. “The current campaign is essential to reinforce the decline of the current plague, avoiding any relapse, and then continue towards a full-fledged locust recession.”

The first quarter of the year is especially important because it corresponds to the second phase of breeding. Most locusts present at this time are wingless 'hoppers', which are easier to combat because they are more sensitive to pesticides and slower moving than winged adults. After last year's successes, the FAO warns that hoppers will gather in smaller groups, making them harder to find and requiring more ground and aerial surveys to do so.

Failure to carry out in full the 2013-2016 FAO-Government joint programme would waste the $28.8 million so far mobilised and could trigger a large-scale food-security crisis in the country. A further $10.6 million is needed to complete the campaign, paying for monitoring and spraying operations to the end of the rainy season in May 2015. 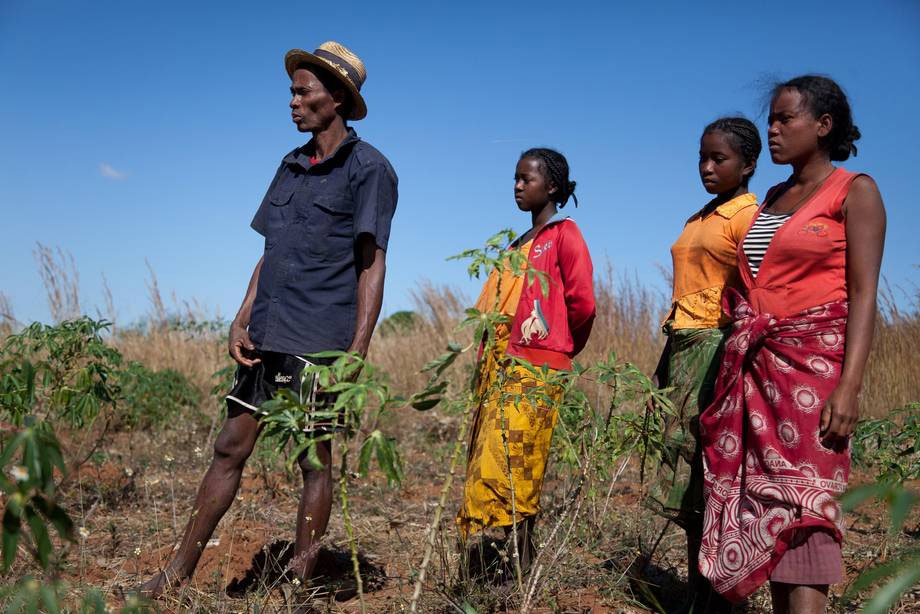 A family of farmers watch as locust-control workers spray pesticides on their land in Madagascar's Betroka region. Photo: FAO/Yasuyoshi Chiba

The FAO cautions that even a relatively short interruption to monitoring and spraying operations of about two months could significantly erase progress made so far, which includes the surveying of about 30 million hectares - an area almost as large as Japan - and the tackling of locust infestations over more than 1.3 million hectares.

“The costs that will result from ceasing locust control activities will be far greater than the amount spent so far, so it is critical for the international community stay the course and complete the Locust Emergency Response Programme,” said Patrice Takoukam Talla, FAO's Representative in Madagascar.

About 40 per cent of crops in southern Madagascar are at risk from locusts and more than three quarters of the population in the Atsimo Andrefana and Androy regions, where maize and cassava production have declined sharply and rice output remains well below trend, currently face food insecurity, up notably from a year earlier.

Resources raised so far as part of the $39.4 million needed have come from several Governments, a World Bank loan, the United Nations Central Emergency Response Fund and the International Fund for Agriculture Development. 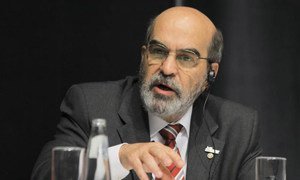 Climate change and increasing competition for natural resources have essentially rendered the agriculture model of the past 40 years unsustainable, the United Nations Food and Agriculture Organization (FAO) has stressed, calling for a ‘paradigm shift’ in food production.