UNESCO/GMR Akash
A teacher and student at a school in India.
19 January 2015

One in five adolescents worldwide is not in school, which means that some 63 million young people between the ages of 12 and 15 are denied their right to an education, mainly because they are marginalized and poor, a joint United Nations agency report has found, as pressure mounts to include universal secondary education in the post-2015 global development agenda.

One in five adolescents worldwide is not in school, which means that some 63 million young people between the ages of 12 and 15 are denied their right to an education, mainly because they are marginalized and poor, a joint United Nations agency report has found as pressure mounts to include universal secondary education in the post-2015 global development agenda.

“This report serves as wake-up call to mobilize the resources needed to guarantee basic education for every child, once and for all,” said Ms. Irina Bokova, Director General at the UN Educational, Scientific and Cultural Organization (UNESCO), a co-facilitator of the findings.

The new joint report Fixing the Broken Promise of Education for All: Findings from the Global Initiative on Out-of-School Children was produced by UNESCO and the UN Children’s Fund (UNICEF).

The data found that as children get older, the risk that they will never start school or will drop out increases. One in ten children of primary school age is out of school compared to one in five adolescents. The study also found that in total, 121 million children and adolescents have either never started school or dropped out despite the international community’s promise to achieve Education for All by 2015.

UNICEF's Executive Director, Anthony Lake, participating at the Forum, said that fixing the problem required the global commitment to invest in three areas: getting more children into primary school; helping children – especially girls – stay in school through the secondary level; and improving the quality of learning.

“There should be no debate among these priorities,” he stressed, emphasizing that “the success of every child – and the impact of our investment in education – depends on all three.

Echoing that innovative approach, UNESCO's Director-General said: “Business as usual strategies based on more teachers, more classrooms and more textbooks are not enough to reach the most disadvantaged children”.

Indeed, “business as usual” has not worked. Data show that there has been almost no progress in reducing the number of adolescents out of school since 2007. Children living in conflict, child labourers and those facing discrimination are most affected. And without major shifts in policies and resources, previous education gains may erode.

If current trends continue, 25 million children – 15 million girls and 10 million boys – are likely to never set foot inside a classroom.

The highest out-of-school rates are in Eritrea and Liberia, where 66 per cent and 59 per cent of children, respectively, do not go to primary school. In many countries, the rates of exclusion are even higher for older children, especially girls. In Pakistan, 58 per cent of adolescent girls roughly between the ages of 12 and 15 are out of school compared to 49 per cent of boys.

Poverty is the greatest barrier to education, the report found. In Nigeria, two-thirds of children in the poorest households are not in school and almost 90 per cent of them will probably never enrol. In contrast, only 5 per cent of the richest children are out of school.

For a concrete policy shift, the study calls on governments to provide robust information on marginalised children. Many of these children remain invisible within current data collection methods. Children with disabilities are amongst the least visible – reliable data simply don't exist – and they are being overlooked in national responses to out-of-school children. 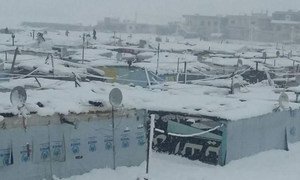