Outraged in the wake of an attack by Jahbat Al-Nusra which caused numerous deaths and injuries in the northern Lebanese city of Tripoli, the United Nations Security Council has strongly condemned the incident and expressed its determination to combat terrorism on all fronts.

In a press statement issued today in New York, Council members expressed their condolences to the families of the victims, as well as to the people and Government of Lebanon. They also wished a speedy recovery to those injured in the incident.

According to news reports, a suicide bomb attack on a cafe in the Lebanese city of Tripoli killed at least nine people and wounded dozens of others on Saturday. The Nusra Front, an Al-Qaida-affiliated terrorist group, claimed responsibility for the attack.

Reaffirming that terrorism in all its forms and manifestations constitutes one of the most serious threats to international peace and security, and that any acts of terrorism are criminal and unjustifiable regardless of their motivation, the Council reiterated its determination to combat all forms of the scourge, in accordance with its responsibilities under the UN Charter.

The members of the Council went on to underlined the need to bring perpetrators, organizers, financiers and sponsors of these reprehensible acts of terrorism to justice and urged all States, in accordance with their obligations under international law and relevant Security Council resolutions, to cooperate actively with the Lebanese authorities in this regard.

In their statement the Council members reminded States that they must ensure that measures taken to combat terrorism comply with all their obligations under international law, in particular international human rights, refugee and humanitarian law.

Reaffirming their full support for Lebanon's sovereignty, territorial integrity, unity, and political independence the Council members recalled the presidential statements of 10 July 2013 and of 29 May 2014, and appealed to all Lebanese people to preserve national unity in the face of attempts to undermine the country's stability.

The Council also stressed the importance for all Lebanese parties to respect Lebanon's policy of disassociation and to refrain from any involvement in the Syrian crisis, consistent with their commitment in the Baabda Declaration. 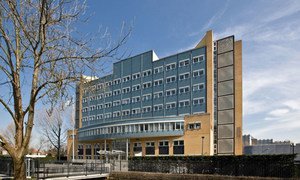 Secretary-General Ban Ki-moon has extended the mandate of the United Nations-backed Special Tribunal for Lebanon (STL), which was set up to try those responsible for the 2005 assassination of former Lebanese prime minister Rafiq Hariri and 22 others, for a period of three years from 1 March 2015.