UN report: 5.5 million displaced by war in first half of 2014, setting record

War across large swathes of the Middle East and Africa in the first six months of 2014 forcibly displaced some 5.5 million people, signalling yet another record, the United Nations reported today.

The UN refugee agency (UNHCR) in its new Mid-Year Trends 2014 Report showcases that of the 5.5 million who were newly displaced, 1.4 million fled across international borders becoming refugees, while the rest were displaced within their own countries also known as IDPs or internally displaced persons.

“In 2014, we have seen the number of people under our care grow to unprecedented levels. As long as the international community continues to fail to find political solutions to existing conflicts and to prevent new ones from starting, we will continue to have to deal with the dramatic humanitarian consequences,” António Guterres, head of UNHCR, said in a statement.

“The economic, social and human cost of caring for refugees and the internally displaced is being borne mostly by poor communities, those who are least able to afford it.”

Mr. Guterres explained that enhanced international solidarity is a must to avoid the risk of more and more vulnerable people being left without proper support. 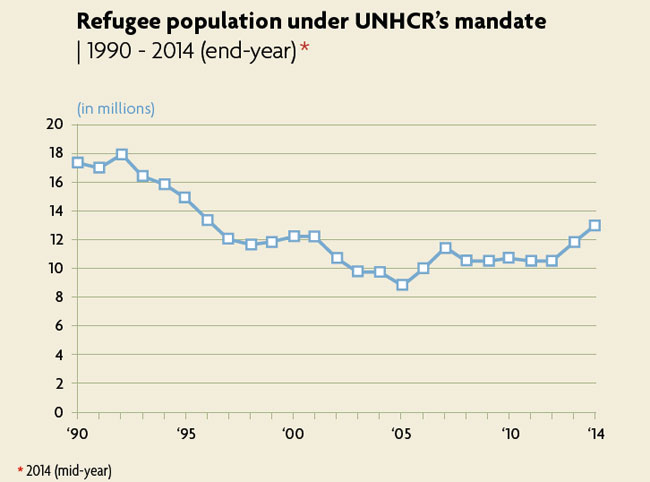 Who is hosting the world's refugees?

Where do the world's refugees come from? 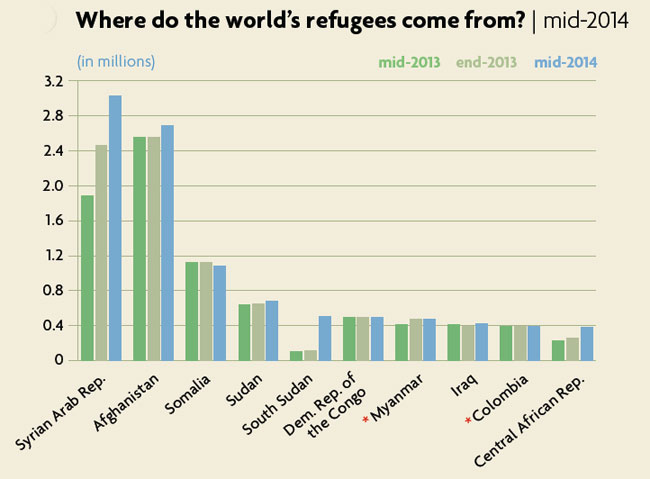 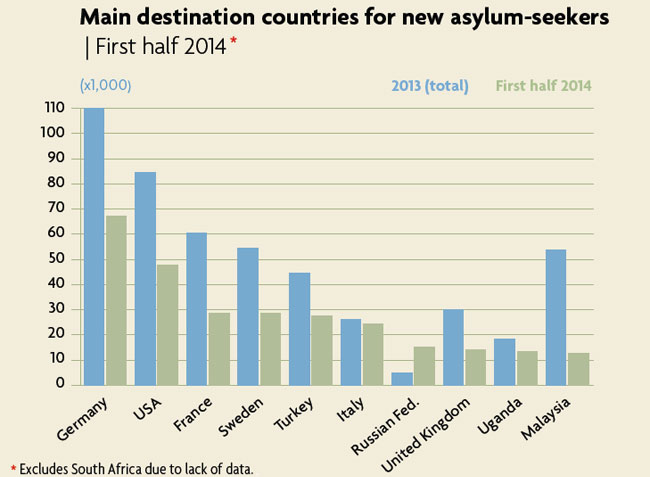 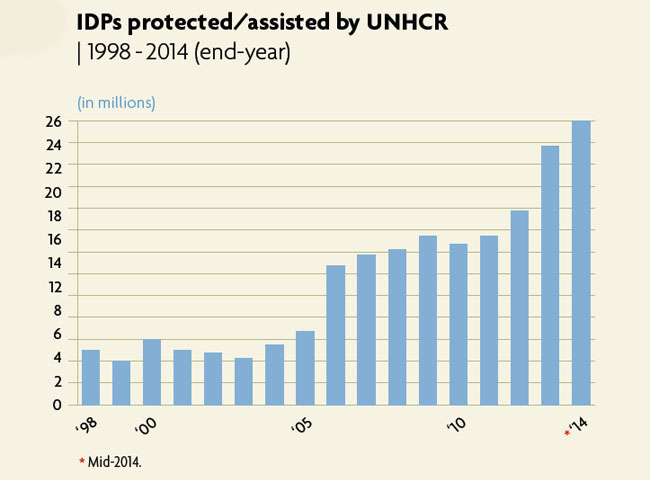 Among the report's main findings are that Syrians, for the first time, have become the largest refugee population under UNHCR's mandate, overtaking Afghans, who had held that position for more than three decades.

As of June 2014, the three million Syrian refugees now account for 23 per cent of all refugees being helped by UNHCR worldwide.

Another major finding in the report is the shift in the regional distribution of refugee populations from Asia and the Pacific and now as a result of the crisis in Syria, the Middle East and North Africa.

UNHCR's Mid-Year Trends 2014 report is based on data from governments and the organization's worldwide offices. It does not show total forced displacement globally. Those figures are presented in June each year in UNHCR's annual Global Trends Report, which as of end 2013 showed that 51.2 million people were forcibly displaced worldwide.

Recent school closures in Raqqa and Deir-ez-Zour governorates and parts of rural Aleppo in Syria have disrupted the education of some 670,000 children of primary and lower-high school age, the United Nations Children’s Fund (UNICEF) reported today.