The United Nations Security Council this morning extended the mandate of its mission in the Golan until 30 June 2015, as it condemned recent fighting in the area and stressed that both Israel and Syria must “scrupulously” abide by the terms of the disengagement accord to prevent any breaches of the ceasefire.

The UN Disengagement of Forces agreement (UNDOF) was established by the Council to monitor the ceasefire between Syria and Israel after their 1973 war. Since then, UNDOF has remained in the area to maintain the ceasefire and to supervise the implementation of the disengagement agreement.

Recent reports indicate that with the conflict in Syria spilling over to neighbouring nations, the region is likely to remain tense. Noting that, the Council unanimously adopted resolution 904 (2014), by which terms it condemned armed Syrian groups’ use of improvised explosive devices in the UNDOF area of operation.

The Council also reaffirmed its readiness to list groups providing financing and arms support to Islamic State of Iraq and the Levant and the Levant (ISIL) or to Al-Nusra Front under the sanctions regime.

“There should be no military activity of the armed opposition groups in the area of separation,” the Council underscored, as it urged Member States to convey that message to Syrian armed groups.

UNDOF personnel must be able to carry out their mandate, including through unimpeded delivery of its equipment and the temporary use of alternative ports of entry and departure, the Council stated. It also recognized the necessity to adjust “UNDOF’s posture” on a temporary basis to minimize security risk to UN personnel while continuing to implement its mandate.

Council also requested that Secretary-General Ban Ki-moon continue to report every 90 days on developments in the area and measures taken to implement relevant resolutions.

In his latest report covering a three-month timeframe from September to November of this year, Mr. Ban warned that the military activities in the area of separation have the potential to escalate tensions between Israel and Syria. This, he said, jeopardises the ceasefire between the two countries and poses a risk to local civilians as well as UN personnel on the ground.

Last August, 45 UNDOF peacekeepers were forcibly taken and detained by the Al-Nusra Front. They were released two weeks later. 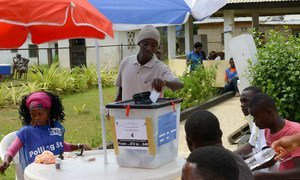