Millions of elderly people report significant abuse each month, “an important public health problem” expected to increase in many countries as the number of people aged 60 and older is forecasted to reach about 1.2 billion by the year 2025, the World Health Organization reported today.

“Abusive acts in institutions include physically restraining patients, depriving them of dignity (by for instance leaving them in soiled clothes) and choice over daily affairs, intentionally providing insufficient care (such as allowing them to develop pressure sores), over- and under-medicating and withholding medication from patients; and emotional neglect and abuse,” WHO said in a fact sheet released today.

“While there is little information regarding the extent of abuse in elderly populations, especially in developing countries, it is estimated that 4-6 per cent of elderly people report significant abuse in the last month,” according to the UN health agency.

That figure translates into the tens of millions and is predicted to increase as many countries experience rapidly ageing populations. The number of people worldwide aged 60 years and older will more than double, from 542 million in 1995 to about 1.2 billion in 2025.

“Older people are often afraid to report cases of abuse to family, friends, or to the authorities,” according to WHO.

WHO also noted that data on the extent of the problem in institutions such as hospitals, nursing homes and other long-term care facilities are scarce.

“A survey of nursing-home staff in the United States of America, however, suggests rates may be high: 36 per cent witnessed at least one incident of physical abuse of an elderly patient in the previous year; 10 per cent committed at least one act of physical abuse towards an elderly patient,” WHO said. In addition, 40 per cent admitted to psychologically abusing patients, the same survey showed.

And The Global Status Report on Violence Prevention 2014, the first survey of its kind, which was released today and assessed national efforts to address interpersonal violence including elder abuse, noted that less than half of the 133 surveyed countries reported plans to address elder abuse (41 per cent).

WHO defined elder abuse as “a single or repeated act, or lack of appropriate action, occurring within any relationship where there is an expectation of trust which causes harm or distress to an older person.”

And “the consequences of abuse can be especially serious because their bones are more brittle and convalescence is longer.”

“While older men have the same risk of abuse as women, in some cultures where women have inferior social status, elderly women are at higher risk of neglect through abandonment when they are widowed and their property is seized,” according to the fact sheet. “Women may also be at higher risk of more persistent and severe forms of abuse and injury.”

WHO drew attention to the fact that “too little is known about elder abuse and how to prevent it, particularly in developing countries. The scope and nature of the problem is only beginning to be delineated, many risk factors remain contested, and the evidence for what works to prevent elder abuse is limited.”

♦ Receive daily updates directly in your inbox - Subscribe here to a topic.
♦ Download the UN News app for your iOS or Android devices.
elderly 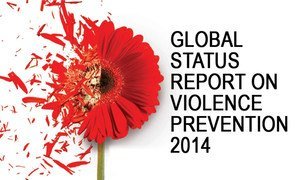 One in four children has been physically abused, one in five girls has been sexually abused and one in three women has been a victim of physical violence at some point in her lifetime, according to the first report of its kind on violence prevent by three United Nations agencies released today.