The first United Nations World Health Organization (WHO) report on drowning released today reveals that more than 370,000 people drown every year in bathtubs, buckets, ponds, rivers, ditches and pools as people go about their daily lives in a “serious and neglected public health threat.”

“This death toll is almost two thirds that of malnutrition and well over half that of malaria – but unlike these public health challenges, there are no broad prevention efforts that target drowning,” according to the Global Report on drowning: Preventing a leading killer.

More than 90 percent of these deaths occur in low- and middle-income countries such as Bangladesh, Cambodia, China, India, Philippines, Thailand and Viet Nam, the report said, and the highest rates for drowning are among children under 5 years of age.

According to WHO Director-General Dr. Margaret Chan: “Efforts to reduce child mortality have brought remarkable gains in recent decades, but they have also revealed otherwise hidden childhood killers. Drowning is one. This is a needless loss of life.”

“Action must be taken by national and local governments to put in place the simple preventive measures articulated by WHO,” Dr. Chan said.

WHO - Global Report on Drowning 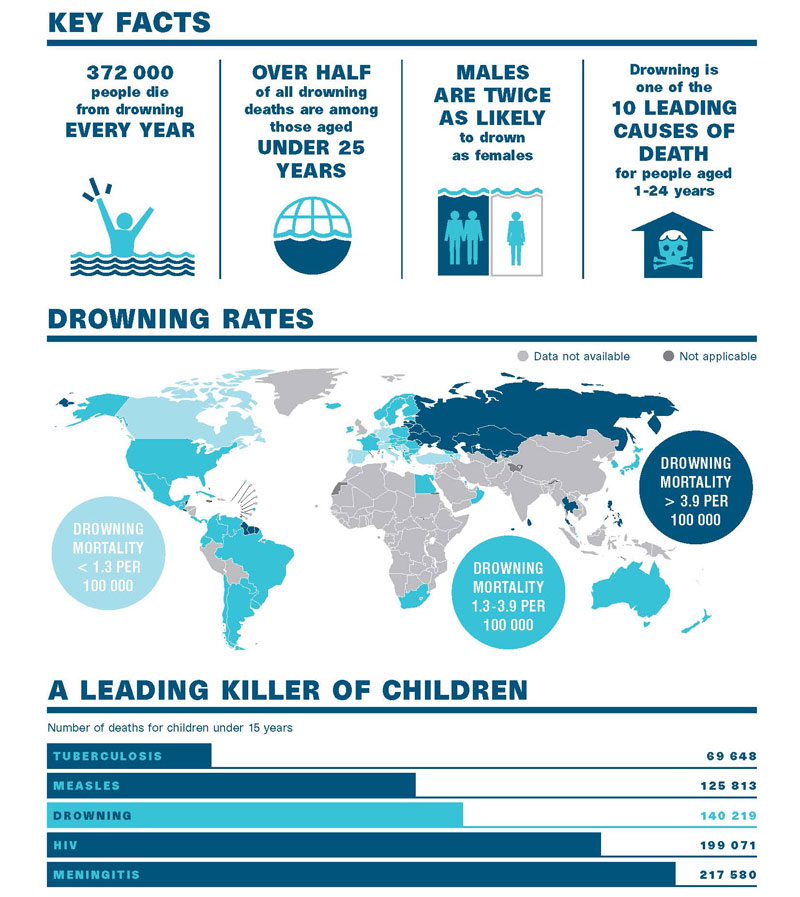 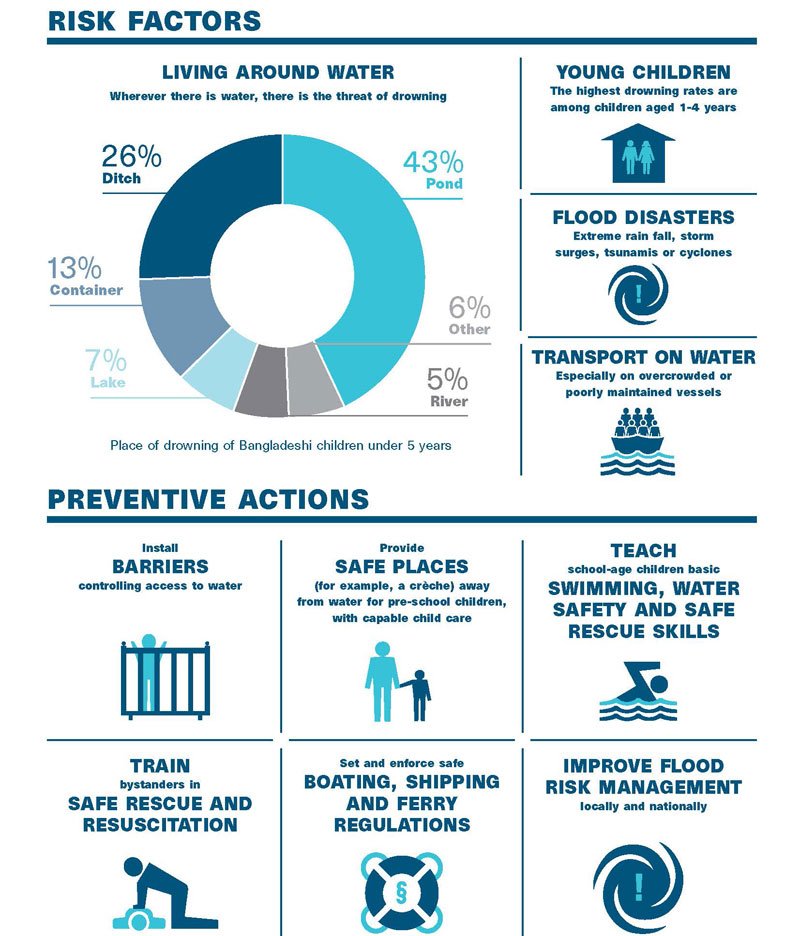 In the first global report on the problem released today in Geneva, the UN health agency said: “Drowning is a serious and neglected public health threat claiming the lives of 372,000 people a year worldwide,” which translates into more than 40 people every hour.

Former New York City Mayor Michael R. Bloomberg, whose foundation funded the report, said: "I believe that you can’t manage what you don’t measure – and there’s never been a comprehensive effort to measure drowning around the world until now.”

“The more evidence we can gather, the better we’ll be able to tailor our prevention efforts – and the Global Report on drowning is a big step in the right direction,” he said.

“Almost all water presents a drowning risk, particularly inside and around our homes,” says Dr. Etienne Krug, WHO Director for the Department for Management of Non-communicable Diseases, Disability, Violence and Injury Prevention.

“Drowning occurs in bathtubs, buckets, ponds, rivers, ditches and pools, as people go about their daily lives. Losing hundreds of thousands of lives this way is unacceptable, given what we know about prevention,” according to Dr. Krug.

Alarmingly, according to a number of studies from high-income countries, deaths due to drowning may be considerably underestimated, WHO said. Official data do not include drowning from suicide, homicide, flood disasters or incidents such as ferry capsizes.

The report also draws attention to the need to make drowning prevention an integral part of a number of debates, such as climate change which leads to increased flooding; mass migrations, including of asylum seekers traveling by boat; and issues such as rural development and water and sanitation. Improving coordination across these various agendas will save lives, according to WHO.

With the planet and its people facing serious security, developmental and environmental challenges, G-20 countries possess not only the political power to set us on a better course, but a political responsibility to do so, United Nations Secretary-General Ban Ki-moon said today in Brisbane, Australia.