The United Nations World Health Organization (WHO) released new guidelines today aimed at reducing the number deaths related to opioid overdose covering a range of drugs – from morphine and heroin to painkillers such as oxycodone – that claim nearly 70,000 lives each year.

The guidelines recommend expanding access of the inexpensive medication naloxone, “which can completely reverse the effects of opioid overdose and prevent deaths due to opioid overdose.”

According to WHO, currently only 10 percent of an estimated 15 million people who suffer from opioid dependence receive treatment.

“Worldwide, an estimated 69,000 people die from opioid overdose each year,” WHO reported. “The number of opioid overdoses has risen in recent years, in part due to the increased use of opioids in the management of chronic pain.”

“In 2010, an estimated 16,651 people died from an overdose of prescription opioids in the United States of America alone,” it said.

WHO recommended that naloxone be made available to people likely to witness an opioid overdose, as well as training in the management of opioid overdose. Naloxone can be injected or administered intra-nasally and has minimal effects in people who have not used opioids.

In recent years, WHO said, a number of programmes around the world have shown that providing naloxone to people likely to witness an opioid overdose, in combination with training on the use of naloxone and on the resuscitation of people having an opioid overdose could substantially reduce the deaths resulting from opioid overdose.

“A recent survey in the United States found that the distribution of approximately 50,000 naloxone kits through local opioid overdose prevention programmes had resulted in more than 10,000 uses to reverse overdoses,” it said.

A policy of providing naloxone to people at risk of opioid overdose as well as to people likely to witness an opioid overdose has been in place in Scotland since 2011 and in a number of jurisdictions in the United States. Ireland has also announced this as a national policy.

The majority of people dependent on opioids use illicitly cultivated and manufactured heroin, but an increasing proportion use prescription opioids. There has been a trend in the last 10 years to use opioids in the management of chronic non-cancer pain, such as back pain.

In 2012, the UN Economic and Social Council (ECOSOC) called on WHO, in collaboration with the UN Office on Drugs and Crime (UNODC) to provide advice and guidance, based on scientific evidence, on preventing mortality from drug overdose, in particular opioid overdose. 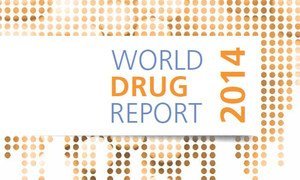 Global drug use has stabilized, but some 200,000 people are still victims of drug-related deaths, according to the latest World Drug Report from the United Nations Office on Drugs and Crime (UNODC).